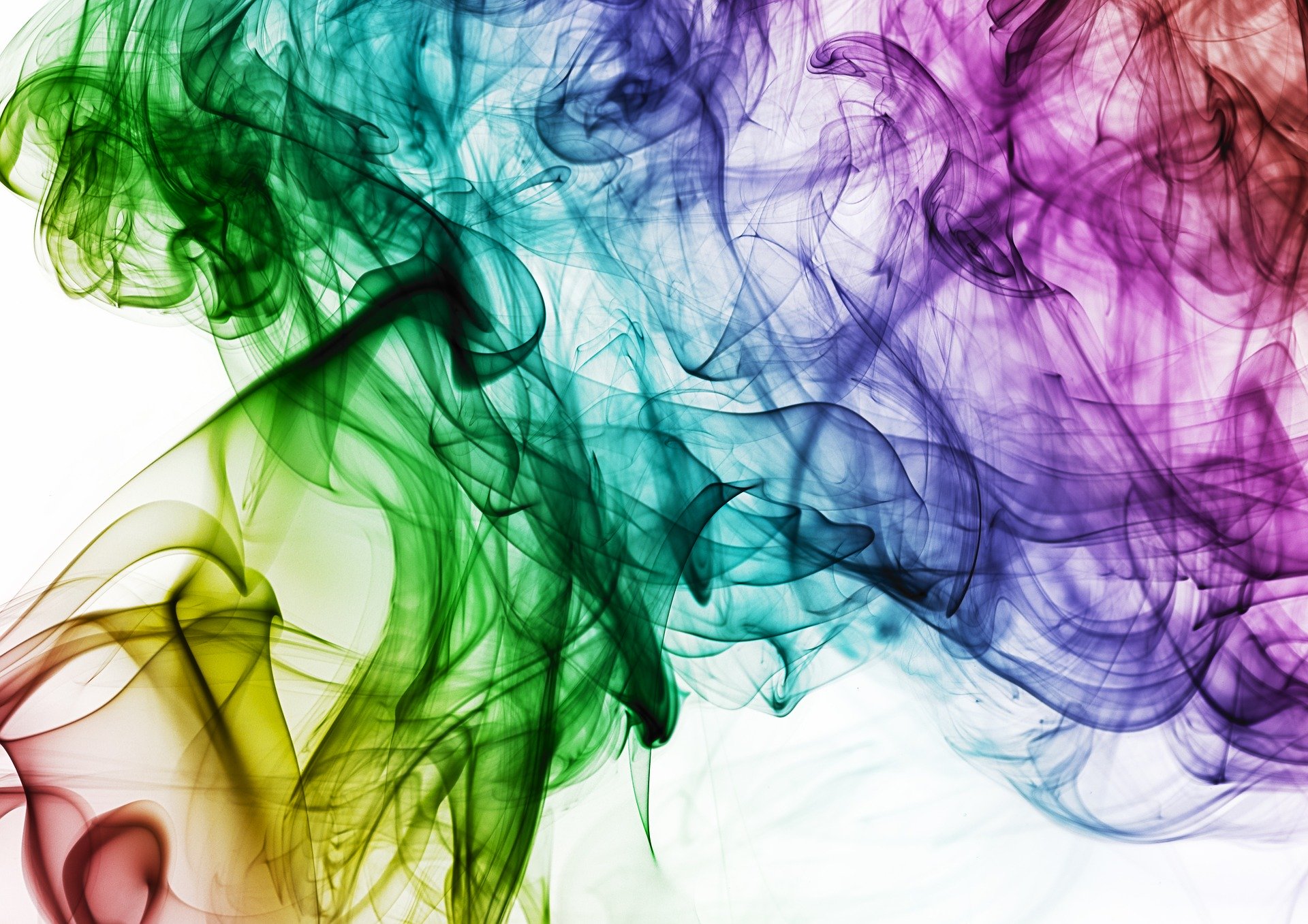 A slowly sliding Bitcoin dominance is once again paving the way for altcoins to make gains in the medium to long-term timeframe. At the time of writing, Ethereum was trading at $406 after a drop over the weekend. Zcash experienced a 15% surge before falling to support. Stellar showed mixed signals on the short-term, and has been exhibiting a range-bound behavior throughout August. BAT saw a pullback on its recent surge upward. 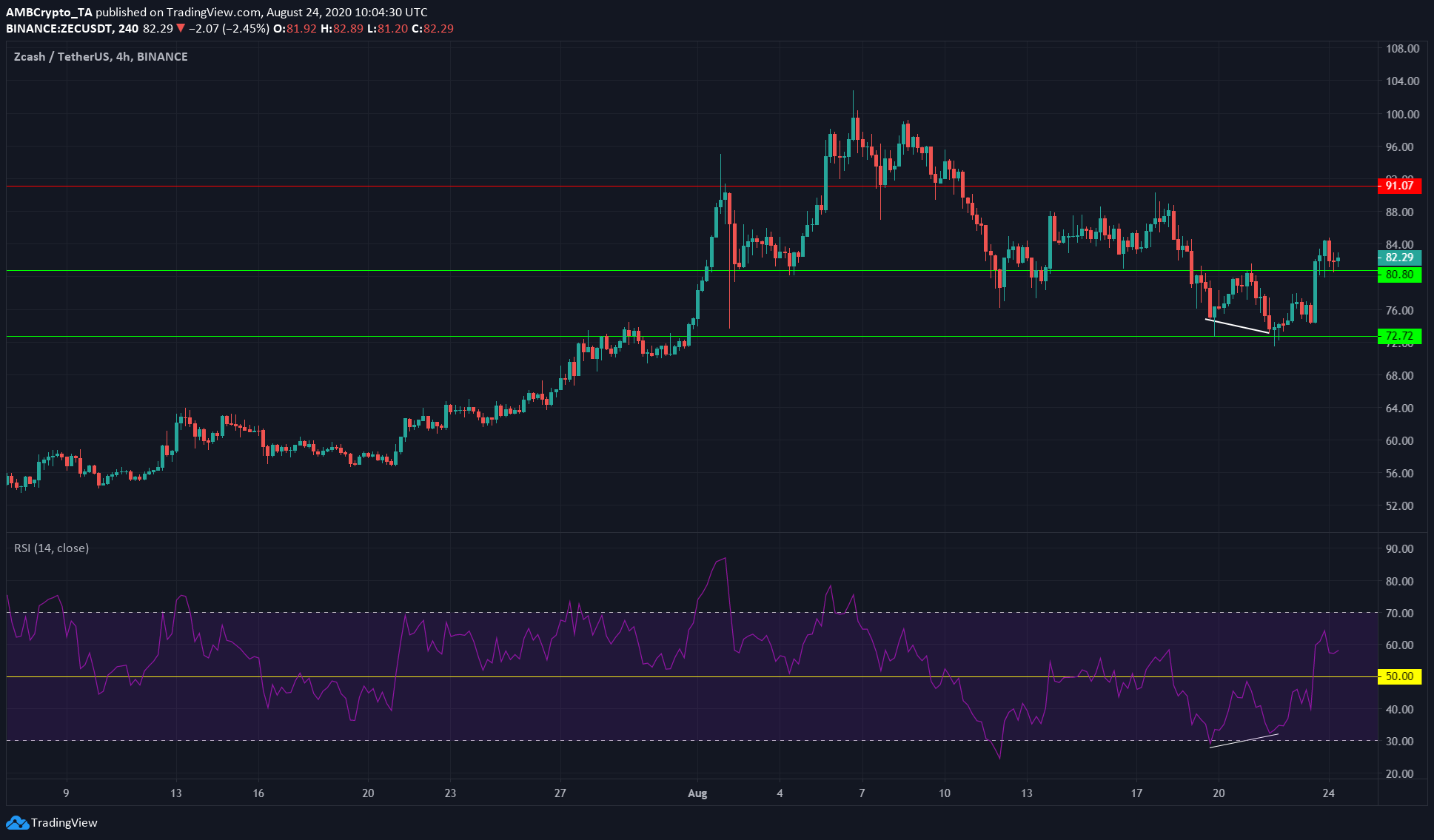 With a marketcap of $810 million, Zcash was ranked 27th on CoinMarketCap. ZEC exhibited a bullish divergence that drove prices from near $72 to reach $84 and reclaimed support at $80. This move was backed by volume as well, with a 24h trading volume of $435 million that was 30% higher than the past three days’ average.

RSI showed a value of 60, and there is the potential for an uptrend if RSI does not break below 50. If support at $80 holds, bulls can look to target $91. A loss of support can drop price back to $72. 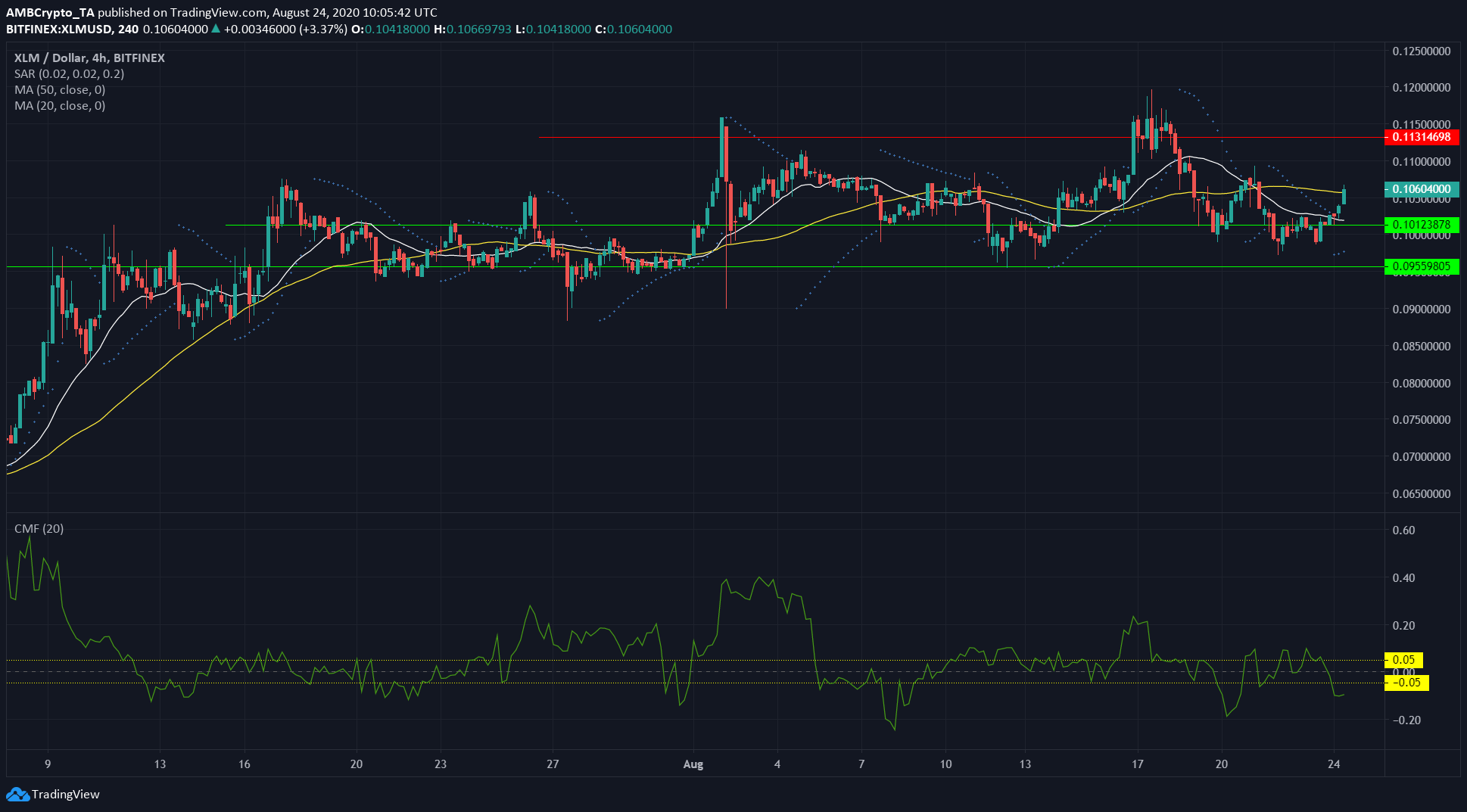 XLM showed some contrasting signals. It successfully defended support at $0.101. Parabolic SAR gave a buy signal, but the 20 SMA (white) was below the 50 SMA (yellow) showing that short-term trend had been bearish.

The idea that this short down-trend had been reversed is not backed by CMF, which showed capital outflows from the market. The price rise to $0.106 is possibly not backed by buyer interest.

If price does not set a higher high of above $0.109, it can be a supporting argument that the rise at time of writing was inorganic in the short-term. 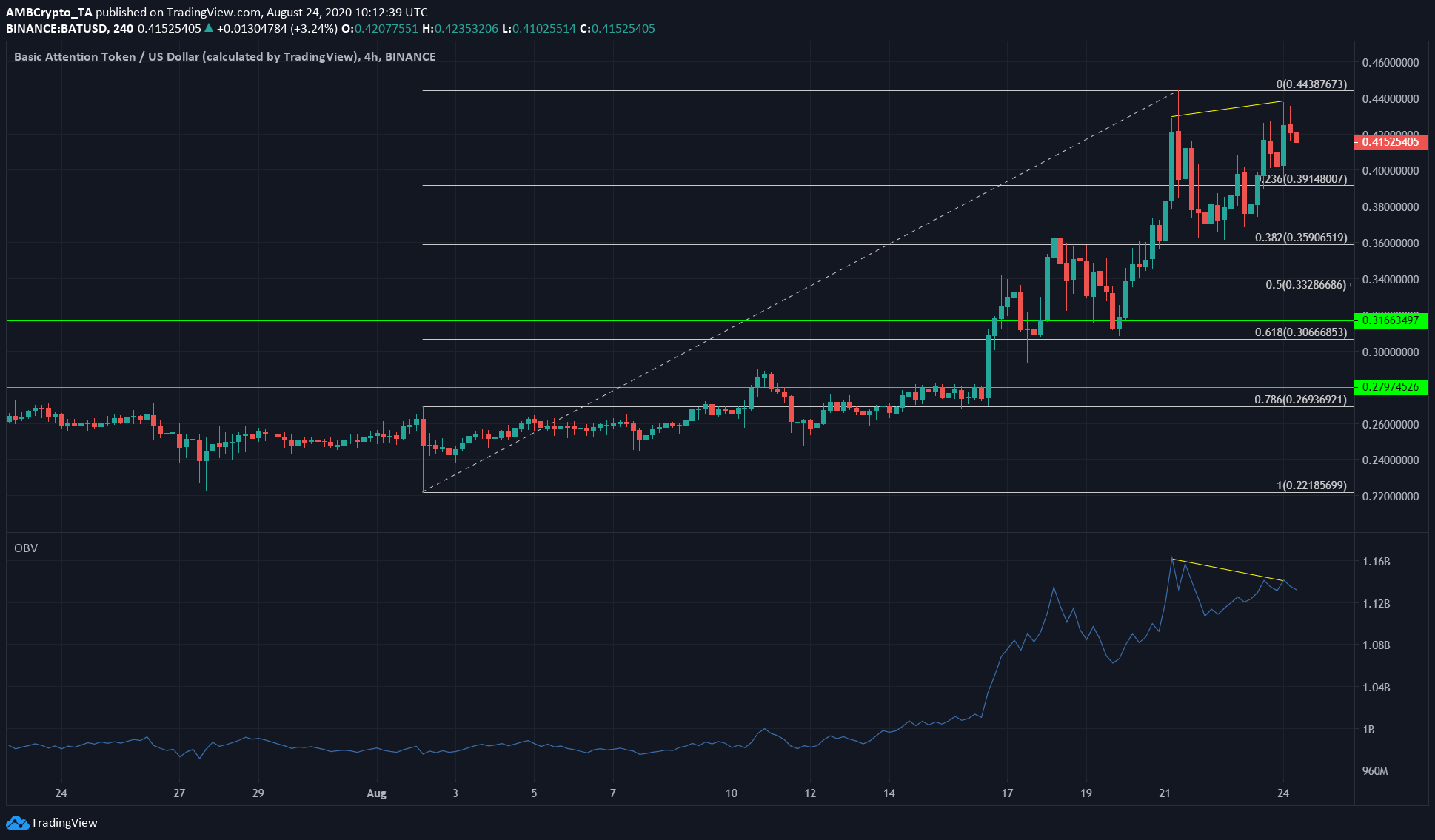 BAT showed a bearish divergence, with price reaching a higher high but On Balance Volume showed that buy pressure had eased. This indicated that the price rise was not backed by buyers, and that price is due for a correction.