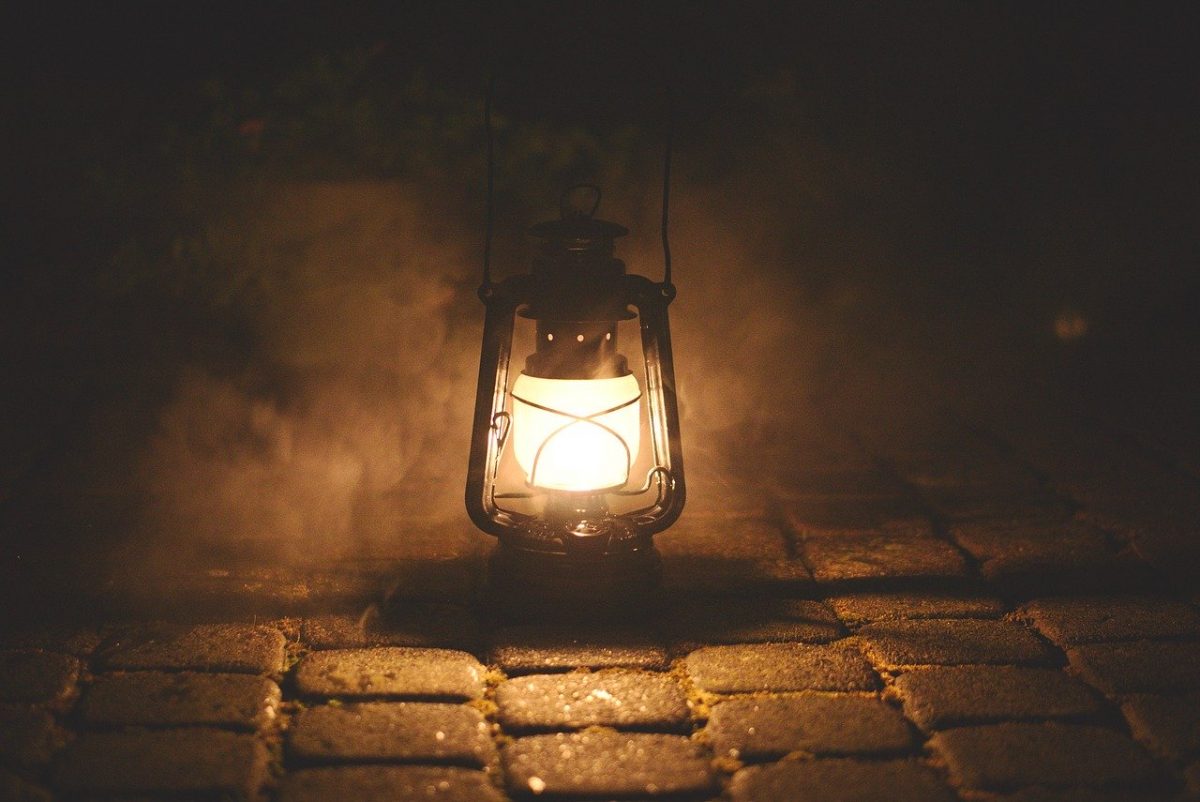 Black Thursday was marked by numerous surprises. From massive liquidations to downtimes of crypto exchanges such as Binance and BitMEX; over a month later, the events of 12th of March are still being discussed today. During the highly volatile period, there was a period of intense activity as traders tried to move their coins in and out of exchanges.

In the latest edition of Coin Metrics‘ report, it was observed that the demand for block space shot up with traders either wanting to add margin to positions or to profit from arbitrage opportunities. Due to this, fee estimates for rapid confirmation [10-20 minute wait time] climbed from 27 satoshis/byte of transaction data to all the way up to 70 sats/byte in a matter of just a couple of hours. 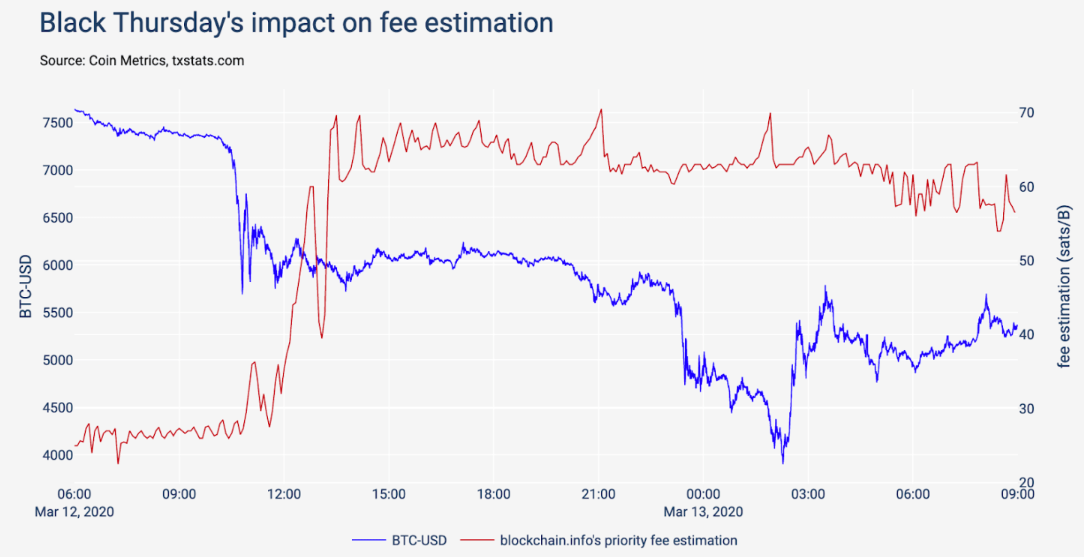 Transactions get prioritized for confirmation by miners and the incentive for them is a higher fee. This is dependent on users looking to send funds and get a quick confirmation, as the demand for transactions tends to fluctuate. And it can be tricky to know what an appropriate fee is at the moment. While the fee does not depend on the amount a user sends, it does, however, depend on network conditions at that particular time and the data size of the transaction.

Median transaction fees measured also increased five folds for both Bitcoin and Ethereum. While in the case of Ethereum, this figure returned to normal in just two days, however, this was not the case with Bitcoin. It took two weeks for the latter even as block utilization returned to normal levels. 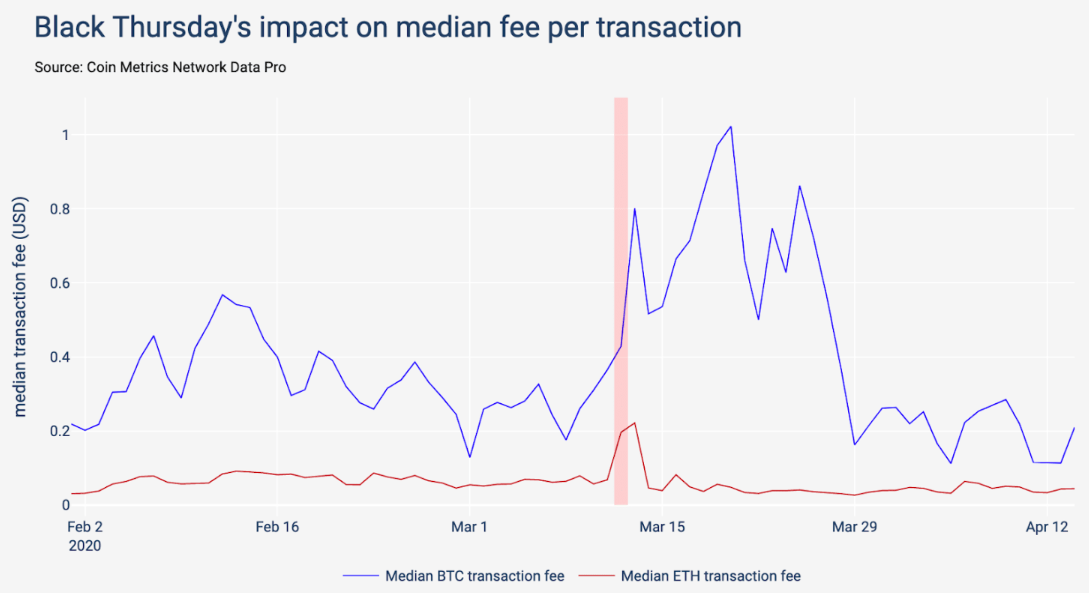 This was speculated to be due to the presence of a feedback loop between the various fee estimation APIs. Coin Metrics stated,

“Similar to how traffic jams form from a single clog in the system, a single and brief perturbation can have effects far outlasting it.”

One of the likely scenarios in which could lead to the fee rates to shoot up faster than necessary could be due to “poorly coded dynamic fee algorithms”. According to the Co-founder and CTO of Casa, Jameson Lopp, this could potentially create a feedback loop that increases the fee rate with no ceiling as transactions continue to flood the network with no regard for the mempool backlog.

This isn’t the first time that something like this occurred. In early 2017, fees started climbing higher. During this time, the daily transactions on the Bitcoin network increased gradually until May of that year. To top that, the average fees climbed close to $4. Subsequently, when usage collapsed, a series of feedback loops began to form over the next six months in which transaction load grew, so did the fees to match the load, and transactions dropped. This cycle repeated itself five times over the later half of 2017.

Related Topics:CoinmetricsTransaction fee
Up Next