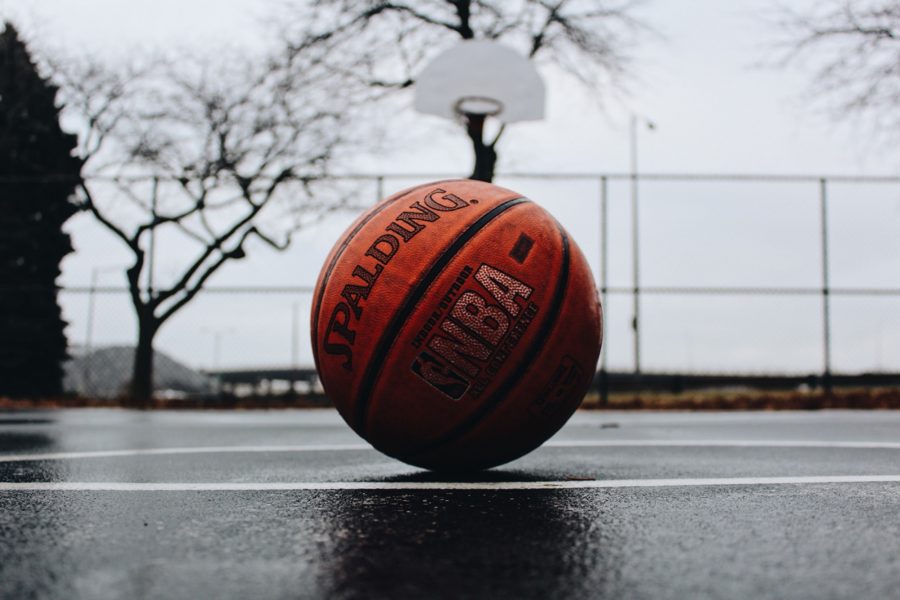 It doesn’t come as a surprise that “don’t spend like a baller” is associated with lavish spending and basketball.

With so much money coming in so quickly at such a young age, athletes are overwhelmed and end up spending it on cars, shoes, parties, and even a shark tank.

But, it looks like one man is single-handedly trying to change the way athletes not only pay, but are paid. Brooklyn Nets’ Spencer Dinwiddie made headlines recently after he began talks with the NBA to tokenize his contract.

Sports and digital assets may not be the best mix, but Dinwiddie’s aim is not to wallow away his millions. The Nets’ point guard intends to take control of his wealth, give the fans an actual stake in his performance, and impress upon his peers fiscal responsibility 101, something they badly need!

And while Dinwiddie described it as “doing some fun stuff with my contract,” the NBA thought otherwise.

Back in September 2019, Dinwiddie announced that he was in talks with the NBA about tokenizing his contract. His $34 million, 3-year contract would be put on the blockchain by his investment platform – DREAM Fan Shares.

The platform would issue ‘SD8’ tokens which are the first PAInT [Professional Athlete Investment Token]. These tokens will be “US dollar-denominated debt securities,” divided into 90 tokens worth $150,000 each for accredited investors only.

But, here’s what the NBA didn’t like. The collateral offered by the contract will be Dinwiddie’s $34 million contract. Investors will get “mortgage style” monthly payments at 4.95 percent, with holders receiving “special premiums based upon Dinwiddie’s bonuses.”

Why is a 26-year old point guard who is assured of $34 million tokenizing his contract? Is this what tokenization of sports was intended for? Well, this may not be a hollow-minded investment decision like most.

Ninety tokens at $150,000 would give Dinwiddie access to $13.5 million, straight up. In return, investors will get monthly payments with the sum fully paid out in 2023, plus any bonuses.

The center of this tokenization-take, for investors and the concerned league, is the ‘player option.’ In the final year of his contract [2022-2023], Dinwiddie would have access to opt-out of his contract, with a new one tabled by the Nets or another team.

A higher-paying contract would result in a ‘windfall’ gain for token-holding investors. Dinwiddie described it as,

“I play well in that player option year and we split the profits up the first year of my new deal, it greatly appreciates the return on this investment vehicle.”

Dinwiddie will reinvest the $13.5 million in several investment vehicles, including Bitcoin, with the logic that the return from this investment would be greater than the interest and principal payouts. Further, his player option, resulting in a higher-paying contract, will be shareable among token-holders.

On the educational side, Dinwiddie has said that contract-tokenization would also allow players to take control of their finances.

“We need more flexibility and ownership over the value we bring to the league. This empowers us to make stronger and smarter financial choices.”

Lucrative indeed, but the NBA had problems. “The NBA pays the players, not the token-holders,” Interaxis Co-founder Adam Blumberg told AMBCrypto, while posing the question of whose wallet the money will go into. “This would violate that rule if he were to sell parts of his income that he receives directly from the Nets,” he clarified.

After league officials compared the player option clause to “gambling” and a “cause for termination,” it was dropped, and the tokenization adopted a bond-like approach.

Tokenization of a Bond

The term ‘token’ caused excitement and concern. But, to call it a token is disingenuous.

The process is more akin to a ‘bond on a blockchain,’ rather than an outright security token. The investment vehicle does have the technological facets of a “token” with a blockchain foundation, but Spencer Dinwiddie is “simply issuing a bond,” according to Blumberg.

There is not much difference between the SD bond and others issued regularly on the market, he added. In the case of U.S Government-issued bonds, for instance, the Treasury attaches a coupon rate and issues it over 10-year periods. It is considered the safest investment on earth because it is backed by the U.S government.

The SD bond is backed by Dinwiddie himself, or his contract more precisely. The point-guard is simply securing money up-front with the promise to pay lenders monthly interest and the principal over 3 years. The assurance of payment is his guaranteed $34 million Nets’ contract, just like the backing of a corporate bond or T-bill.

Dinwiddie’s income is, however, not being used as “collateral,” according to Blumberg. He explained,

“I can purchase the bond and feel comfortable about the prospect of getting paid back my principal and interest, because I know that Spencer has a guaranteed contract with the Nets, and that contract will pay him much more than the principal plus interest.”

Institutionalization of an Athlete

Tokenization is often viewed through a retail lens; small denominations, exchange-traded, and utilities like access to games, courtside seats, merchandise.

“This is a huge disappointment. It kind of defeats the entire purpose of putting the tokens on a blockchain. One of the main appeals of crypto is that it lowers the barrier to entry. In this case, it’s extremely high.”

Price discovery in any industry is determined by market participants. Like contracts reflecting a player’s performance and value to a team, a token represents value to the holder. The SD8 token [bond] will not be placed in any market, but will be bid on directly.

Secondary creation of a Market

Dinwiddie’s bond is a Reg D. offering that allows only accredited investors. While the contract is tokenized in name, institutionalized would be apter. Small-scale retail investors are not allowed to play ball.

However, this isn’t Dinwiddie’s intention. In a podcast, he revealed that originally the plan was to go for a Reg. A+ offering, allowing public participation.

“We wanted to go Reg. A+, we wanted to shrink every token down to a dollar and, you know, make it accessible for everybody. But we understood the complications with that.”

For now, only accredited investors are allowed, but this opens up another can of worms.

Could this lead to a secondary player-tokens market? Greenspan called this the “dream” of being able to “trade ownership of players’ future income.” However, the NBA has outrightly denied any retail opportunity.

“It’s a real shame, this could’ve been a great thing for the world of sports,” Greenspan said, in closing.

While the NBA won’t be constructing a PAInT EX – Professional Athlete Investment Token Exchange just yet, a secondary market is possible, in Blumberg’s optimistic opinion.

From a market perspective, the investment needs appeal and risk-return balance. From a technological perspective, the token has the ability to encode transfer of ownership, interest, and principal governance.

“It will be interesting to see, when there is a secondary market, how these are priced.  If overall interest rates go down, the value of the bonds should do up, and vice versa.  I will be interested to see if there is a premium paid since it is an athlete, and there might be additional benefits, like game tickets.”

Even Dinwiddie is open to the prospects of building a secondary trading market. He told ESPN,

“We envision a world where you’re gonna be able to trade a Spencer for a Kyrie [Irving] for a [Kevin Durant].”

Spencer Dinwiddie’s token is not a token, it’s a bond. It’s backed by his talent, his performance, and his guaranteed multi-million dollar contract. Great as an investment vehicle, but not as a form of tokenization.

The association of blockchain technology is an important factor. It’s clear to see that Dinwiddie is not in this for the money; he’s bringing DLT, digital assets, and more importantly, decentralized finance to the masses by playing ball, and getting paid for it.

That being said, the SD8 bond is as much a token as Tether is a decentralized currency. It isn’t.

Sports tokens should be earned based on loyalty programs, used within the team’s ecosystem [merchandise, fan tickets, jerseys], have a monetary value, and be tradeable. The SD8 token offers none of this. But, it’s a start.

What Greenspan lamented is what Dinwiddie intended, but couldn’t.

Spencer Dinwiddie’s token is still significant. Not in the least because it’s based on blockchain, but it allows a player to take control of his finances, make an investment plan, and allows others to benefit from his performance. Well, what if it isn’t tradeable? Players will soon make their own individual tokens, all on blockchain technology.

Cardano might go past $0.05 for the first time since October

India to focus on blockchain tech to revolutionize education system