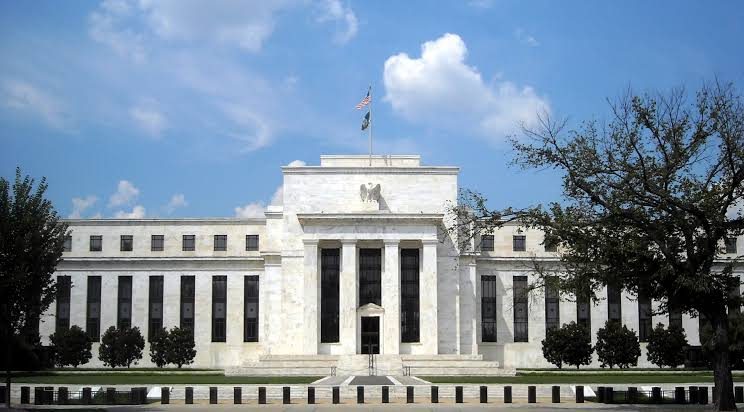 As countries around the world are increasingly moving toward a digital currency backed by their national fiat, the hub of financial and technological innovation of the past decades is moving in the opposite direction it would seem. The Federal Reserve, the central bank of the United States is decrying the idea of a ‘global stablecoin,’ while its eastern rival, China, is all set to launch a digital yuan.

In the “Financial Stability Report,” issued earlier this month by the Board of Governors at the Fed, global stablecoins, despite being the talk of the macroeconomic global game, found little mention. Stablecoins, the report stated are a form of “cryptocurrency,” that can have massive implications on the global economic ecosystem. If this expands to “global scale,” within a short period of time it could result in “important challenges,” in the realms of “financial stability, monetary policy, safeguards against money laundering and terrorist financing, and consumer and investor protection,” stated the report.

“Stablecoins could become a new medium of exchange but, if poorly designed and unregulated, could negatively affect financial stability.”

One of the “key problems,” with cryptocurrencies is “price volatility,” and hence its use as a payment instrument has been hindered. Hence, the report reasons, that stablecoins were introduced to “address this volatility by seeking to tie their value to an asset or a basket of assets.” One of the examples mentioned under the basket-backing is a “portfolio of sovereign currencies,” which is tabled by Libra, the Facebook digital currency project.

The Federal Reserve, right from the mouth of its Chairman, Jerome Powell, stated that Libra should halt development until concerns about monetary policy manipulation, financial instability and privacy were addressed.

Libra, now a mainstay in the intersection between cryptocurrency and central bank regulation, was mentioned in the report as well. Referring to the project as a “global stablecoin,” rather than what most people have called it – a private stablecoin, the Fed stated that Libra has the “potential to rapidly achieve widespread adoption.”

The Fed stated that if a stablecoin is unregulated it could disrupt other aspects of the global financial ecosystem. Highlighting a case of the lack of clarity in conversion of stablecoins to fiat currency could lead to a liquidity lock. This could hence create a domino effect where these stablecoin holders retrieve their fiat at the same time leadting to a run.

Here the Federal Reserve is describing the classic banking worst-case scenario where all the account holders of a particular bank arrive at the desk to withdraw their accounts at the same time. The report states that this effect could go beyond the very bank, or stablecoin issuer,

“Holders may be unable to do so, with potentially severe consequences for domestic or international economic activity, asset prices, or financial stability.”

Since stablecoins are an outgrowth of cryptocurrencies, and the latter operates on the ethos of anonymity, the Fed placed due emphasis on stablecoins to adhere to the norms of money laundering, terror financing and other crimes.

On the demand side, the report advised investors to be aware of all the complexities while investing in these forms of digital currencies. Additionally, companies issuing their coins should make their customers aware of their “rights and protections,” in addition to “including whether the holder of the stablecoin has any rights to the underlying asset.”

Echoing the word of the G7, the Federal Reserve stated that the US and the world is keeping a close eye on the rise of stablecoins,

“The Federal Reserve and other regulators are cooperating closely to ensure that any stablecoin system with global scale and scope must address a core set of legal and regulatory challenges before it can operate. “