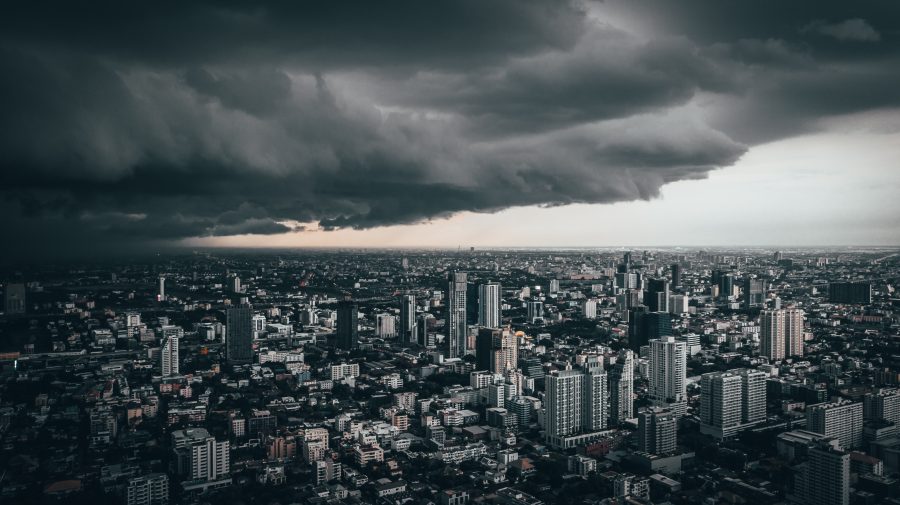 Bitcoin looks better and better, the more the world burns.

The present decade began with a cause and an effect. Big banks coupled with shady government laws financially assaulted and robbed the ‘common man,’ and the world ached for a financial means of rescue, of reparations, of results, and not regrets. The effect of that million dollar cause was Bitcoin, the one currency the world can use, one that cannot be controlled by Wall Street or Capitol Hill, and one that is for Main Street and Main Street alone.

Bitcoin, in the following years, has come to form a life of its own. Maturing from its days as ‘the currency of the Dark Web,’ the decentralised currency is formally attracting the likes of technology giants and billion dollar banking institutions. From being priced at a couple hundred dollars, to surging to five figure terms and staying there for consistent periods, the age of the decentralised has now certainly arrived.

In the past few years, Bitcoin’s image has been viewed not as an alternative to the traditional economic order, but as a hedge against it. The case of ‘what if’ has always been levelled at the cryptocurrency, but as a result of a tumultuous 2019, those tides are now changing. Tracking the price of gold, Bitcoin moved to become the ‘safe haven,’ as countries used their central banks to wield financial might, and an economic downturn began.

With the deteriorating economic slowdown on one hand, and the rapidly developing cryptocurrency market on the other, Bitcoin is looking better and better against the world.

HOUNDING OF THE HELM

As the world began to shiver, the helm of the central banking world started using their ageless solider, the dollar, to ‘stimulate’ the banking world, while beginning to work the financial scales. Balancing the slowdown with the need to inject more money into the economy, at will mind you, the Federal Reserve came in with severe open market operations again.

Slashing interest rates by 25 basis points for the second time in two months, and the second time since the 2008 crisis, the Federal Reserve intended to balance out lower interest rates with the risk of inflated dollars, keeping in mind the economic slowdown of the world. In addition to this monumental decision, the apex bank pumped over $200 billion into the economy, in two sets of $75 billion injections and one $53 billion. Who says money doesn’t grow on trees?

No doubt this is the most significant form of central bank measures taken by a country given the size and scale of the United States. What is even more gobsmacking is the nature of the decision, taken by a 7-3 vote, while the outspoken President of the United States Donald Trump called the Federal Reserve chiefs “boneheads.”

ECONOMICS OF THE COMMON

What does this mean for the economy? Well, in theory it would mean commercial banks can offer cheaper loans to customers, meaning there would be more dollars in the economy, leading to cascading inflationary pressure desired by many. These dollars will lead to capital formation, flowing into the market via investments as the Federal Reserve hopes it would spur the economy.

For the cryptocurrency world, the question remains. Will these dollars flow into Bitcoin? And if so, by how much?

Traditionally, the optimistic answer for cryptocurrency enthusiasts is yes, and a lot. There does seem to be a link between the breakdown of the traditional financial market, coupled with decentralised currency being a strong “alternate” and according to some, a “safe haven asset,” where currency devaluation is based on the logic of a halving. But, once again, by how much?

JOINED AT THE HIP

Cast your mind back to July 2019, when the Fed cut the interest rates to 2.00 – 2.25 percent. At first, Bitcoin was unmoved. Seen primarily as a precursor to a Chinese macroeconomic assault, the move was met with grim response, in the markets at least. Days later, when the People’s Bank of China [PBoC] devalued their currency, the market saw a price spike. All in all, Bitcoin’s daily chart recorded 7 consecutive green candlesticks, taking its price from below $9,500 to $11,200 within a week.

The political uncertainty of two financial heavyweights, integral to the cryptocurrency world, caused a sense of panic. During times like these, assets which are considered more of a ‘Store of Value,’ a protected garage where funds can be parked during a storm, are sought out.

Hard money in cases like these are typically avenues of a SoV, like Bitcoin and real estate, as Jason Williams, Co-founder and Managing Partner at Morgan Creek Digital told AMBCrypto. He stated,

“When you print money and devalue a currency and put it into a store of value type asset like real estate or Bitcoin – The government is stealing hard money.”

CAUGHT IN A TRIANGLE

With many in the community pointing to the inflow of excess dollars into crypto as a means of ‘safeguarding funds’ or simply ‘diversification,’ the case for Bitcoin being buoyed by Federal Interest rate cuts grew intrigue, but the fickle decentralised currency market failed to respond.

As the Federal Reserve began injecting billions into the economy, Bitcoin dropped considerably, well below $9,800. Despite the closely followed movement of the two, the relation isn’t as black and white. The gray is cast by altcoins, traditional alternatives to Bitcoin which saw massive price action prior to the rates cut. Ethereum and XRP, the most valuable of the alternatives, rose by massive amounts on Tuesday and Wednesday, with double digit price pumps. Williams attributes the selling pressure owing to the “over-heated” altcoin market for this drop. He stated,

“I don’t think that the rate cute was responsible for the dip. We had an over heated alt market and historically people use bitcoin to buy these assets. So selling pressure on BTC and then a dump today rekt a lot of people.”

With the immediate effect out of the way, how will the market respond in the coming weeks and months, especially with a catalyst sparking a massive breakout for Bitcoin.

PENNANT ON THE HORIZON

The reason why the Federal Reserve ‘spillover’ is being met with anticipated eyes, relative to the previous cut, is because of the position of the market. Since breaking $13,500 in June, thanks in large part to Facebook’s Libra, Bitcoin has been on a slump and is locked in an unforgivable pennant formation. A pattern punctuated with lower-highs and higher lows, Bitcoin is feeling the squeeze and in times like these, something’s gotta give.

Once at its breaking point, Bitcoin is likely to break out and even before the rates cut was announced, the massive price movement is expected to be over the next few weeks. All that is needed according to analysts is a push, or maybe even a nudge.

Internally, the dye has already been cast. With Bakkt’s physically delivered Bitcoin Futures launching on 23 September, the market has sufficient inward pressure. On the outside, the Federal Reserve rate could be a significant catalyst to provide enough macroeconomic pressure, even cause a flow of dollars to the Intercontinental Exchange’s brainchild.

Too long in the Bitcoin world, and you think everything has an effect on the price. In the past, a Fed hike on interest rates has not resulted in price movement. However, optimists argue, “This is the first cut in Bitcoin’s history.” Even so, some experts are of the opinion that Bitcoin is not so sensitive.

Alex Krüger, economist and cryptocurrency analyst, was quite stern in his stance when he spoke to AMBCrypto. “The FOMC [Federal Open Market Committee] has no impact on Bitcoin,” he claimed. Detailing the same in a Twitter thread, the economist laid out the volatility of Bitcoin and Gold vis-a-vis the rates cut, stating that the yellow metal showed “considerable above average volatility,” while Bitcoin “barely reacts.”

“Bitcoin is driven by factors pertaining exclusively to bitcoin. It is impacted solely by idiosyncratic risk, not systematic risk.”

Every aspect emanating from the traditional markets cannot ‘drive’ the price of Bitcoin, he concluded.

Bitcoin, on the puritan front, may not react at all to the Federal rates cut directly, but its objective as a Store of Value will indeed be tested, according to Williams. Morgan Creek Digital’s Co-founder, who has his eyes set specifically on the next two months of BTC price movement, stated that catalyst or not, in the grand scheme of things, the rates cut together with a slew of factors can spur the price.

“The combination of the halving in May 2020, rate cuts, QE, money printing and geo political instability will cause tail winds for BTC.”

This is the first time that the Fed cut interest rates during Bitcoin’s history, and as July saw, the market did move. How much that move can be directly attributed to a new dollars is uncertain. Regardless of the degree of the price movement, the market is positioned for a breakout. With the price stagnating at $10,000, massive players making their crypto-interests known, and Bakkt being ready to pounce, an external push is required. Will that external push be the interest rates cut, we’ll just have to wait and see.

Facebook’s Libra is what the USA needs to defend the ‘Free World’ from China, claims David Marcus