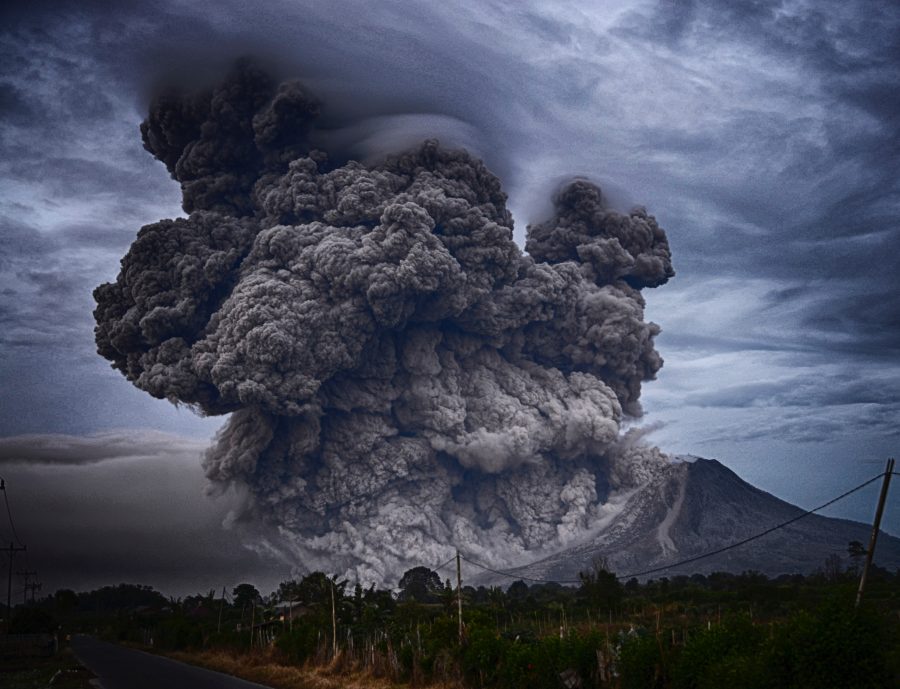 Last week was a historic one for markets across asset classes, the movements seen in crypto, equity and commodity were unlike anything before.

Between March 9 to 13, Bitcoin saw its biggest daily drop in seven years, the S&P500 saw a record daily gain, and gold, the traditional safe-haven lost almost a tenth of its value. A market massacre caused because of Covid-19 crisis.

Volatility, a term normally associated as an insult, rather than extreme market movement, to the cryptocurrency industry was seen more in equity surprisingly. For a brief period on March 12, before Bitcoin’s plummet, the SPX was more volatile than the largest cryptocurrency in the world.

According to data from skew markets, the 1-month realized volatility for the S&P500 briefly surpassed Bitcoin’s by over 12 percent. On March 11, Bitcoin’s 1-month volatility was 63.9 percent and that of the S&P500 was 62.6 percent. The following day, which will be earmarked in Bitcoin folklore for years to come, saw the volatility of the S&P500 move above Bitcoin, the calm before the storm if you ever saw one. 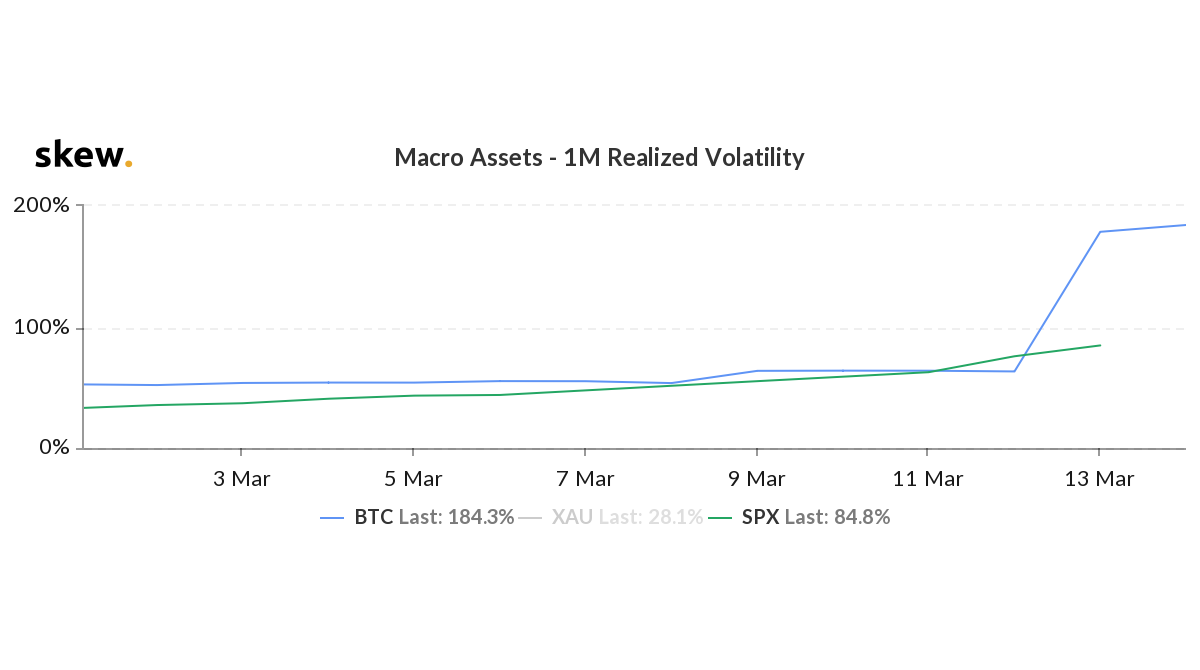 Prior to the beginning of trading on March 12, the 1-month realized volatility of Bitcoin was 63.3 percent, as the coin traded flat at $7,500, while the S&P500 surged with a 75.8 percent volatility.

This, however, was short-lived. With Bitcoin losing 13.8 percent of its value in an hour, which continued to a 1-year low of $3,800. Even the $1,500 recovery in less than two hours was overshadowed by the compounded 45 percent fall. This drop saw Bitcoin’s 1-month realized volatility surge by 63.3 percent to 184.3 percent, less than 30 hours since the collapse, leaving the S&P500 in its wake.

Further, the disconnect between the two indices of their respective markets was widened on March 13. As a delayed contingency plan was unveiled by the US administration, the S&P500 saw its biggest daily increase, rising by 5.35 percent, as Bitcoin traded below $5,300 for the first time since April 2019.

This divergence caused the 1-month realized correlation between the two assets  to drop to a 7-month low, not seen since September 2019.

Bitcoin and Gold stick together through thick and thin