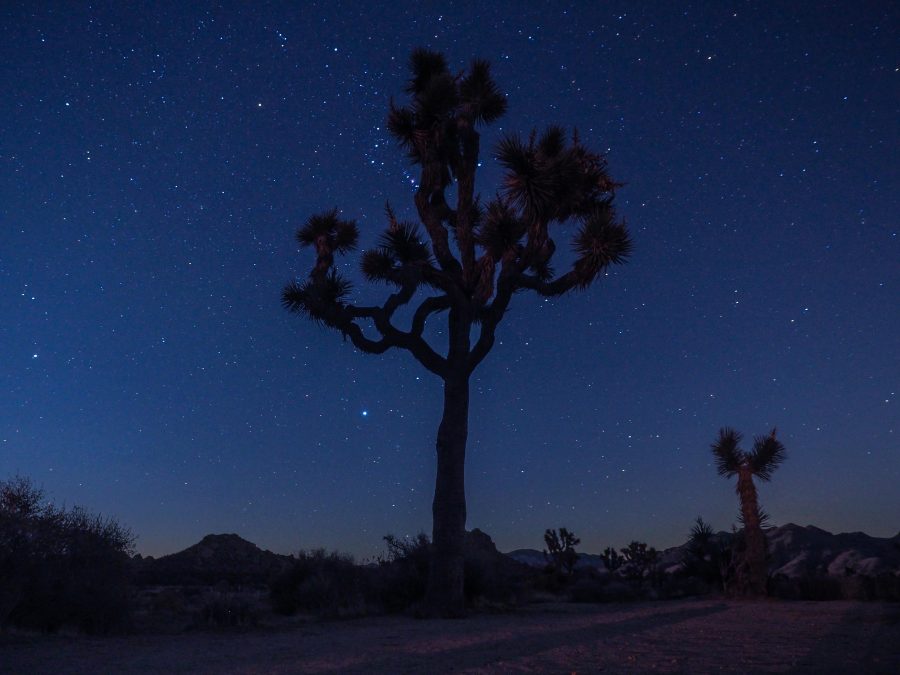 Bitcoin’s performance since the start of 2020 has been positive. With the first week almost coming to an end, the price of the world’s largest crypto-asset is hovering near $7,500. In other news, Bitcoin’s Futures market saw an important development over the last week – BitMEX, the long-standing king in the Bitcoin perpetual and Futures market, has slipped to the second position, while OKEx flourished.

As seen in the chart below, the BTC Futures trading volume for OKEx has hit a massive 2+ billion, as of 6 January 2020. BitMEX, however, reportedly recorded a reduced trading volume of $1.76 billion. 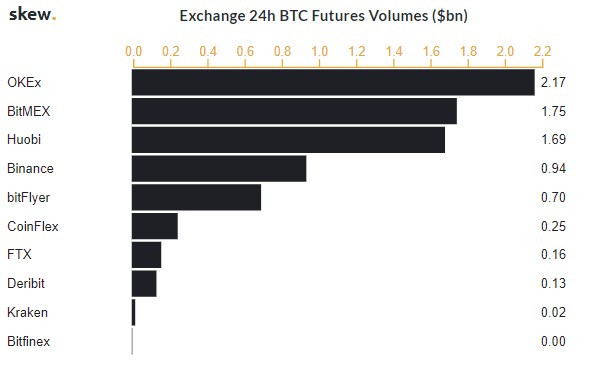 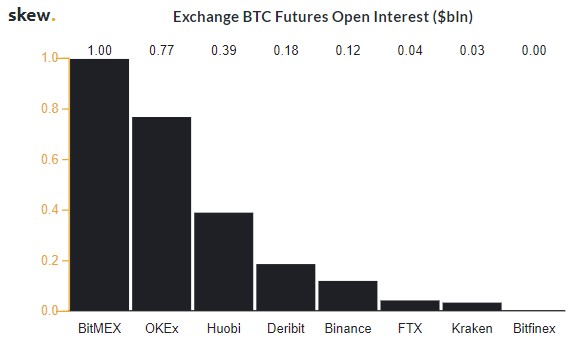 For BitMEX, the OI was at a staggering $1 billion, whereas, OKEx’s OI was clocked-in at $0.76 billion. This could be simply due to the density of the Futures contracts, which was higher on BitMEX when compared to OKEx.

Since the start of 2019, OKEx has been dominating BitMEX, especially in the BTC Futures market with a constant and higher trading volume. 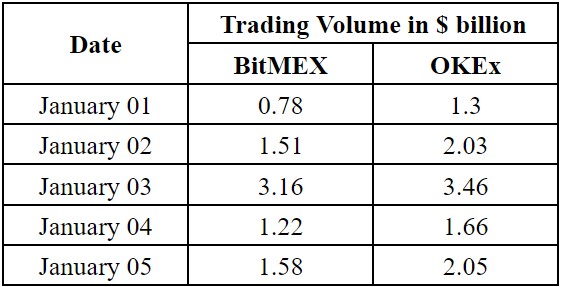 Moreover, 2019 was more than kind to OKEx as the OKB token was one of the best performing crypto-assets among exchange tokens. In terms of RoI, other tokens could not compare to OKB’s 386% price rise. Following it was Huobi exchange’s HT and Binance’s BNB.