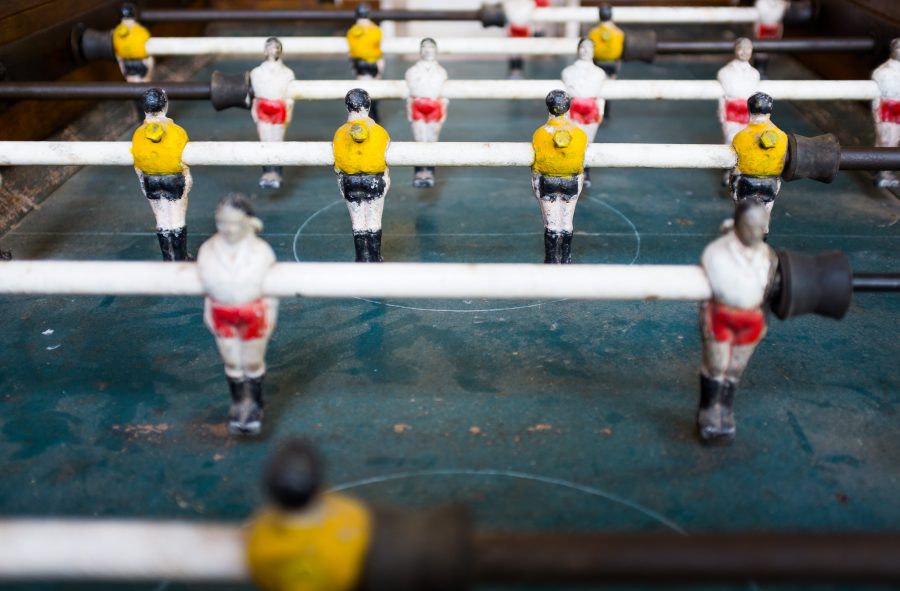 The cryptocurrency world that we all love, adore and hate has come a long way from being used by cypherpunks; the regulation and adoption rate has increased exponentially in the last decade and will continue to do so. In addition to the above, we have parried our way from Bitcoin’s boom and bust cycles to the ICO boom, followed by failed STO ideas and a mildly successful IEO phase.

A Phase between Phases

Somewhere along the decade and probably in the last two years, there was a phase where exchanges started launching their own tokens. It started out as a token that would provide utility, like reduced fees on the exchanges, possibly give traders an edge over other exchange-related topics. Perhaps, the biggest exchange token that made it big in the cryptocurrency ecosystem was Binance’s BNB.

Since BNB, there have been other exchanges following a similar trend of launching their tokens, Bitfinex, Huobi, OKEx, etc. However, not all these exchange tokens have had a chance to gaze upon lady luck’s smile.

This article summarizes the performance of these exchange tokens over the course of 2019 in two distinct ways, price performance, the 24-hour trading volume share.

From the table below it is clear that in terms of value, Binance’s BNB has the highest price, as it hit a peak of $43, following it is Huobi exchange’s HT token priced at $6.22, OKEx’s OKB at $4.03 and other tokens. 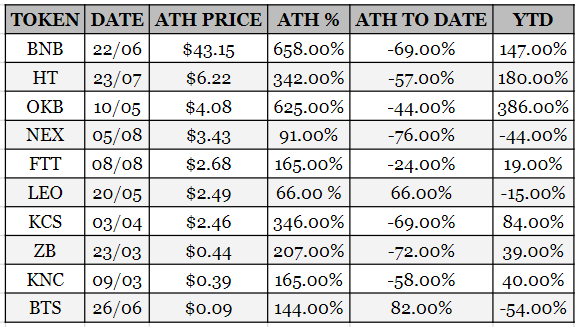 However, with over 650+% price rise, BNB was without a doubt the token with the highest percentage increase over 2019. The mini bull run for BNB started after the bottoming in December 2018 through June 2019. A similar trend was observed for other tokens as well causing OKEx’s OKB token to surge by 625%. KuCoin’s KCS Token rose by a whopping 346%. Following KCS was HT token at a 342% price rise. KNC and FTT tokens both rose to their ATH by surging 140+%. 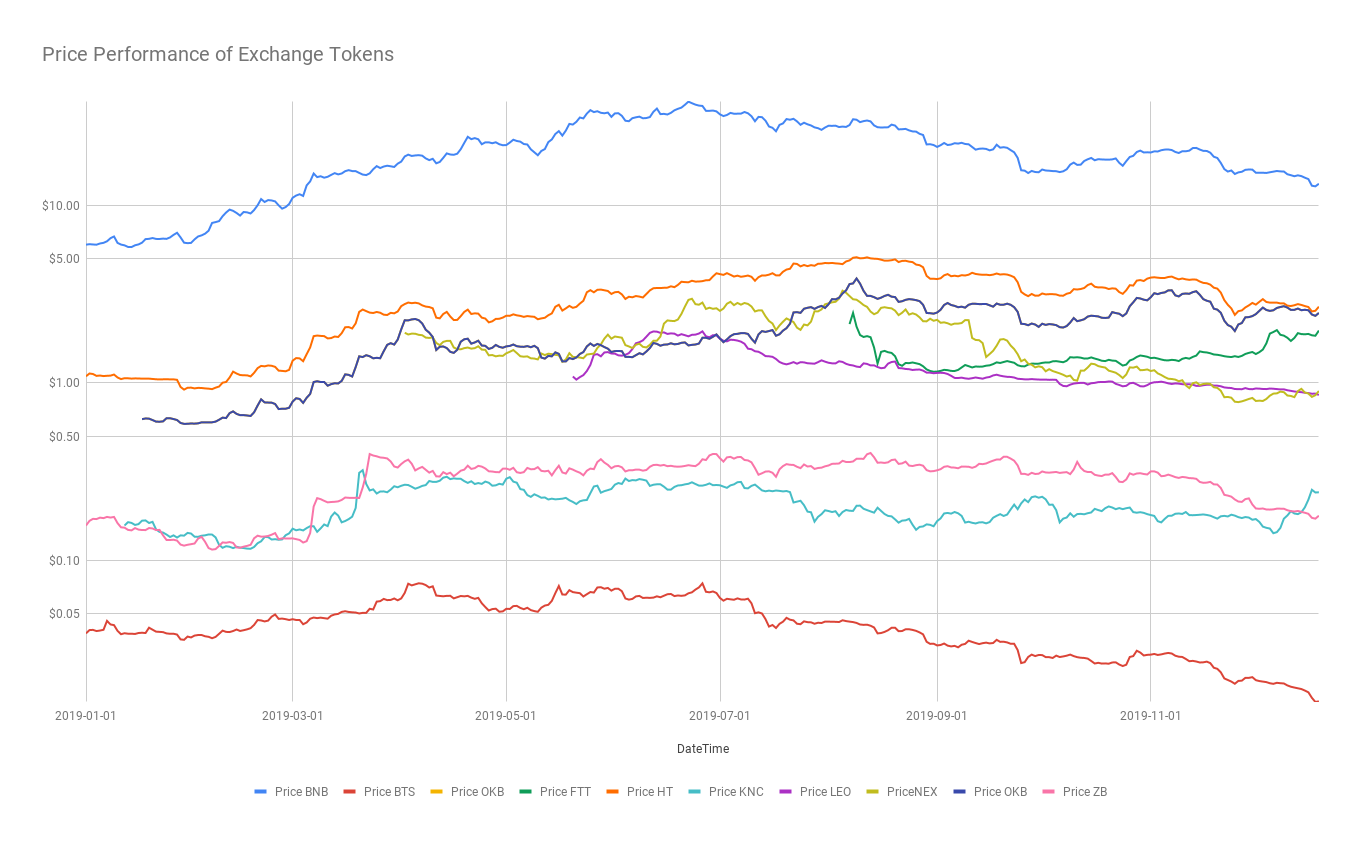 In terms of the performance of tokens over the course of 2019, OKEx’s OKB token outshone all other coins with a staggering 2019 ROI of 386%. No other exchange token could contest its performance. Trailing OKB was Huobi exchange’s HT at less than half of OKB’s price surge, 180%. BNB, which exceeded every other exchange token, in terms of the value and market share, came in third at 147%. 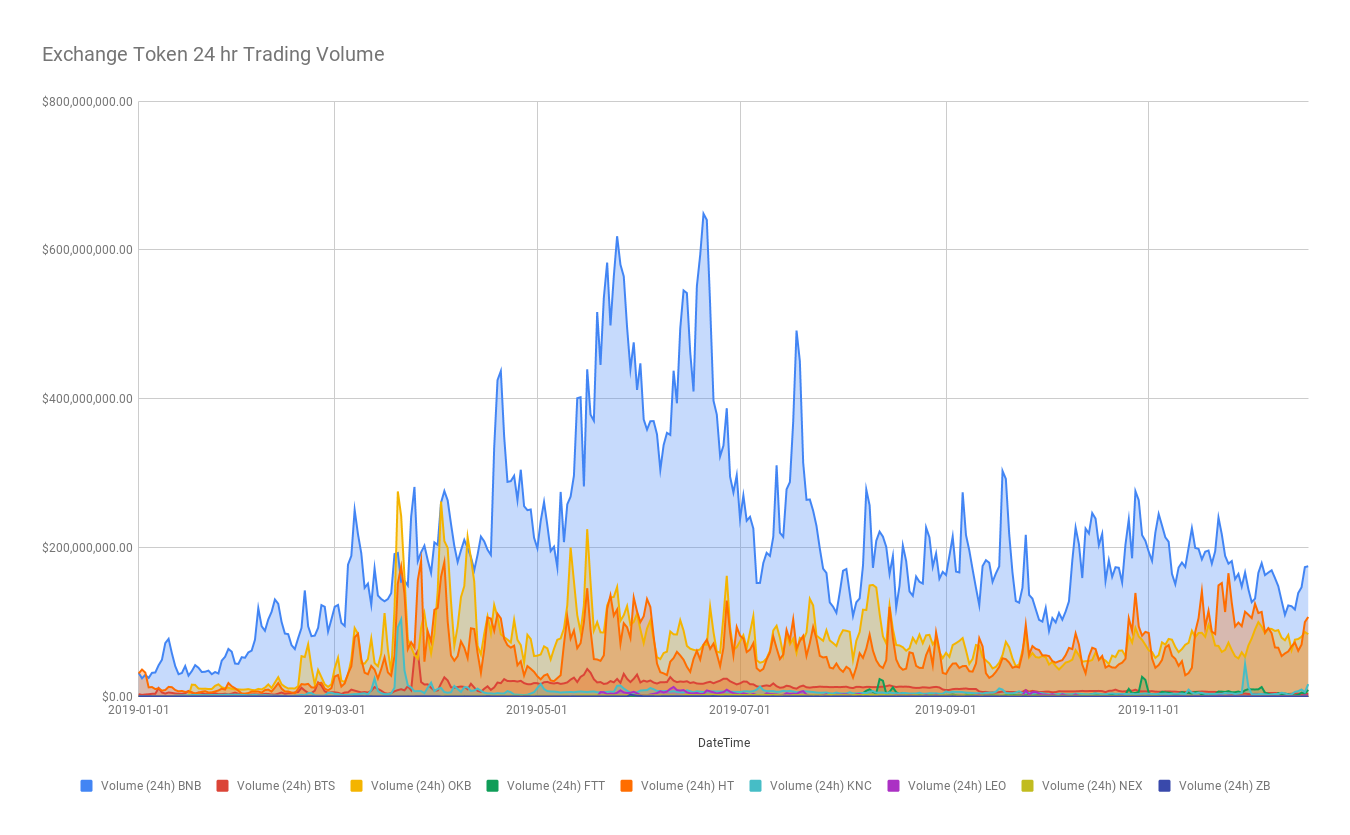 BNB took back the reigns when we talk about 24-hour trading volume throughout 2019. HT and OKB tokens accepted the 2nd place; while OKB slightly overtook HT in the first half of 2019, OKB dominated the second half.

“The exchange token I’m really familiar with is BNB. We did an entire research paper on it and found that it was simply a beautiful way to fund the early growth of Binance and remains one of the most successful utility tokens of the 2017 ICO bubble.”

Suffice it to say, exchange tokens have been the center of the IEO phase and in increasing the exchange activity by promoting deals to users. Moreover, like other exchange tokens, BNB shifted from Ethereum blockchain to its own, in efforts to further improve the efficiency of the existing blockchain and hence drive adoption. On this front, BNB succeeded as it is being listed on other exchanges.