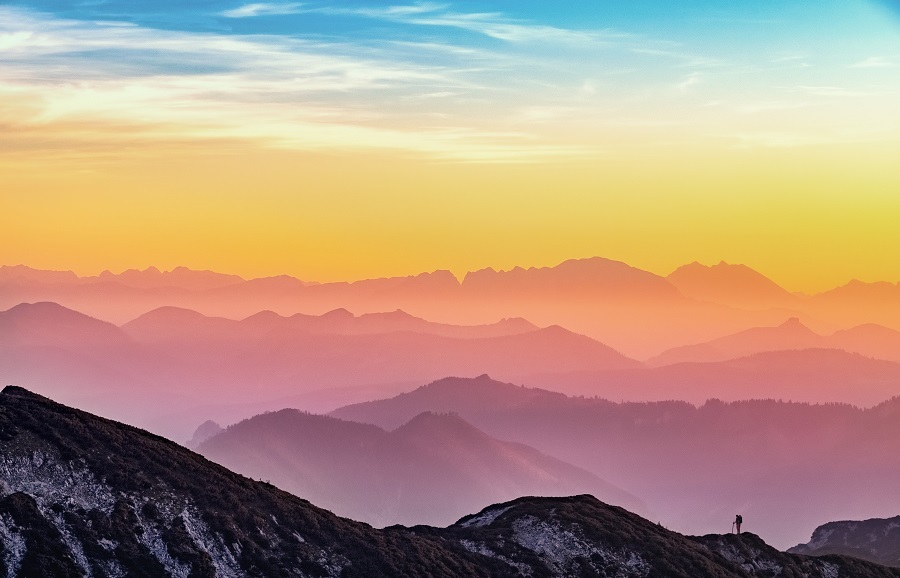 Litecoin’s price, as discussed in the previous article, was on a journey to $100 or near it, however, the price seems to be making a pitstop at $54. With over 63.4 million LTC out in circulation, the market cap of Litecoin was at $3.4 billion; with $2.1 billion in 24-hour volume.

Moreover, LTC, in terms of BTC [green], has dipped deeper relative to its USD denomination [orange], which can be a good opportunity to accumulate. 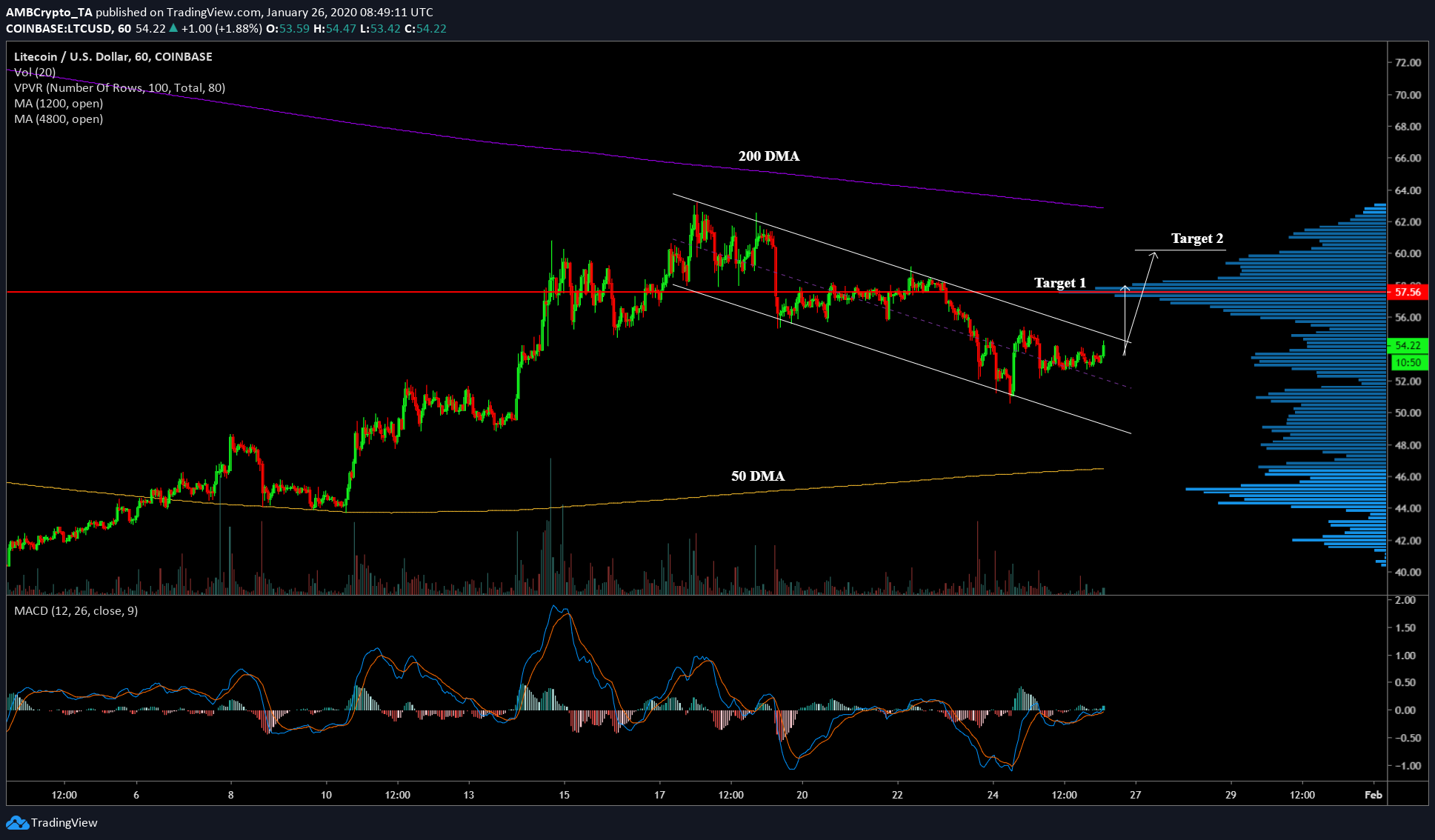 The one-hour chart of Litecoin shows a bullish pattern waiting to be breached in the next couple of hours. The descending channel looks mature and ready to break out to $57, which will be the first target and also the PoC; following this, the price will head to $60, where it will face more resistance. This is also confirmed by the VPVR indicator shown in the chart above.

Moreover, the ceiling for the price and the biggest challenge will be breaching the 200 DMA, which is a massive resistance. In combination and on the bright side, the price has breached above the 50 DMA, which is also a sign of consolidation before pumps.

The MACD indicator lines have intertwined with each other and are below the zero-line, indicating a reduced action by bulls. There is, however, a sign of bullish crossover from these lines, indicating a potential surge in the price to come.

At press time, the correlation of LTC with Bitcoin was at 0.74, which is a relatively higher level for it to be. This correlation could, in turn, drive the price of Litecoin higher, since Bitcoin is also set to surge. Factoring the low BTC cost to accumulate LTC, there is a higher chance that traders will not miss this surge opportunity.

With respect to the coin itself, the creator of the coin, Charlie Lee suggested donation of a portion of a block reward towards its development.

Ethereum’s DeFi: Why the industry is hesitating to adopt it