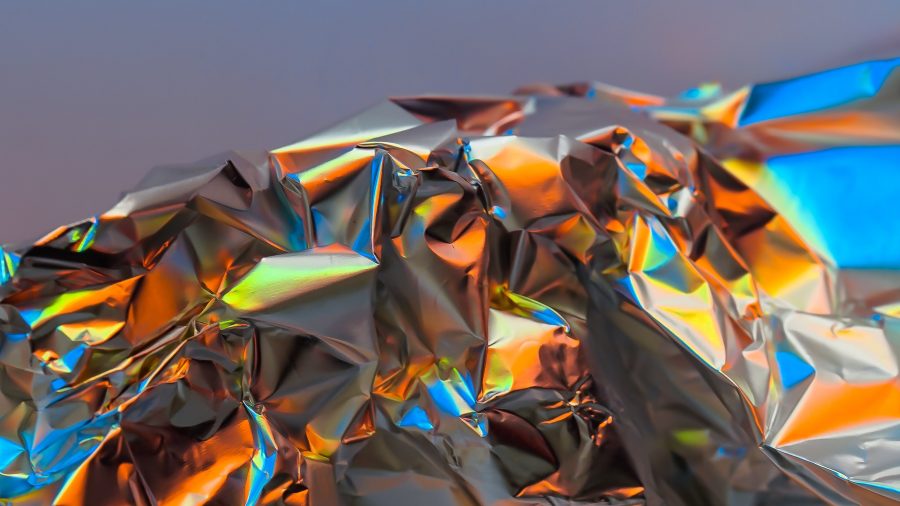 Litecoin, like all altcoins, has suffered through the uber-bear market trend downwards for over six months. The pre-halving rally made the downtrend even worse. However, the silver to Bitcoin’s gold seems to be on the road to recovery, at press time.

In reference to the previous prediction, Litecoin seems to be following an uptrend as predicted; the fractal formation hasn’t been invalidated. As it stands, LTC is testing its resistance at $63.89 and seems to have scratched the surface. 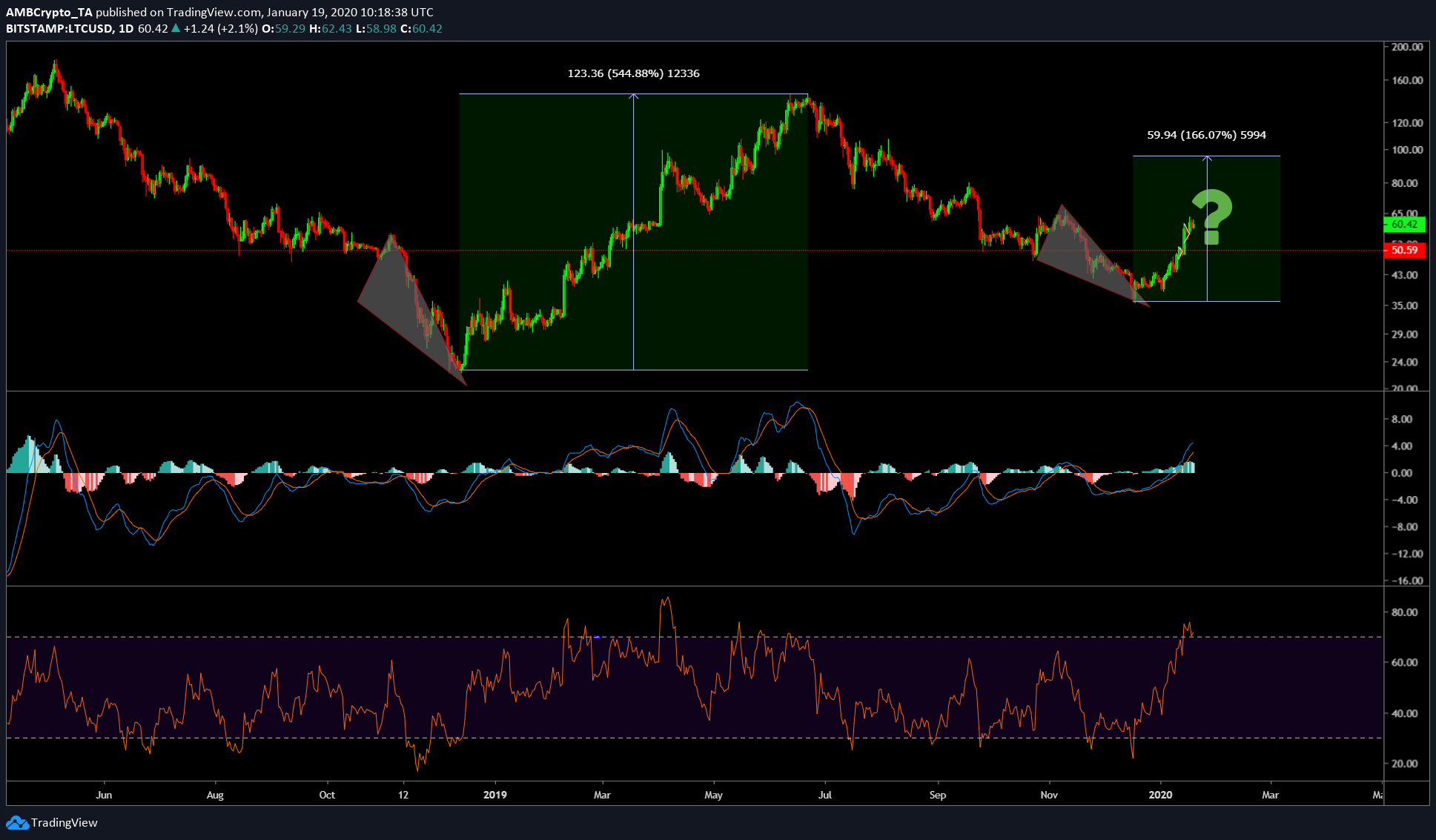 Breaching the aforementioned resistance would create an opportunity for a 10% to 13% surge, effectively putting the price of LTC between $72 to $78. Supporting this is the MACD indicator, which is showing a bullish crossover. The RSI, however, has other plans, as it depicts a pullback from the immediate resistance at $63.89 due to increasing ‘buy momentum.’

There are also chances that the RSI continues to be in the overbought zone, especially if there is enough momentum. Moreover, the chances of this happening are also on the horizon due to Bitcoin’s pump, its dominance, and more specifically, its correlation to Litecoin. At the moment, BTC dominance is where it has been for the most time, 66%, while the correlation of LTC with BTC is at 0.73.

The correlation between BTC and LTC reached a peak of 0.759 in a month’s span, so soon after the start of the new year following Bitcoin’s’ pump.

Regardless of the correlation, Bitcoin’s dominance, and LTC’s technicals, purely based on the fractal formation, there is still a good 48% pump remaining for Litecoin in the upcoming months.

Litecoin, in terms of BTC, also shows interesting profit scenarios with more upside on the horizon, much like the LTC/USD pair. However, this would be even more profitable if BTC declines as LTC/BTC rises. 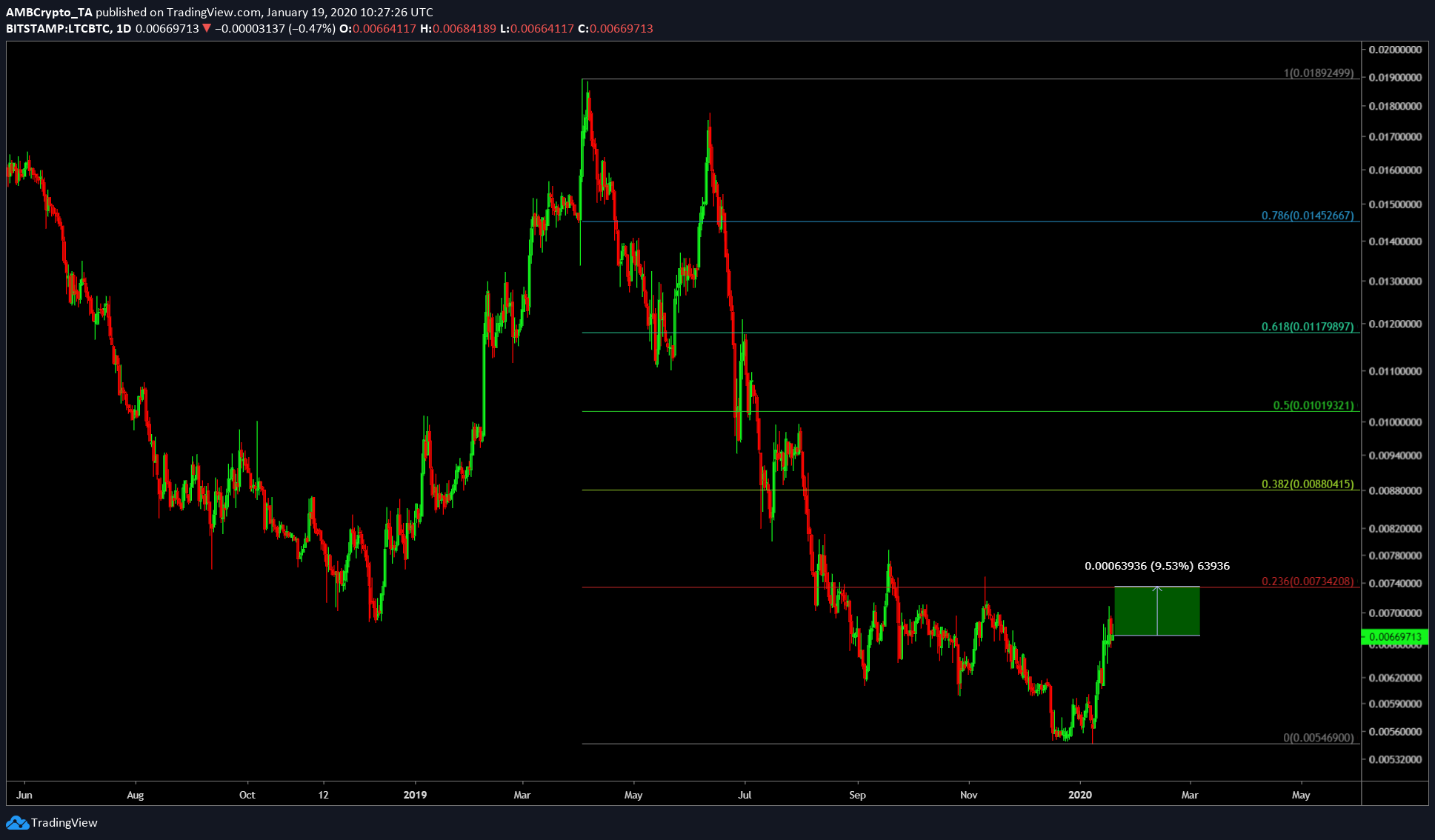 The interesting aspect here is that LTC/BTC shows an upside of 10% equivalent to the one seen in the LTC/USD pair. This 10% pump would put LTC around the 0.007 BTC range, at current BTC price [of $9,050].

Both on the LTC/USD and LTC/BTC charts, there are chances of a 10% upside. On the LTC/BTC side, there is potential for higher profits if the price of BTC collapses as LTC/USD surges. On the USD base pair, the target ranges from $72 to $78.