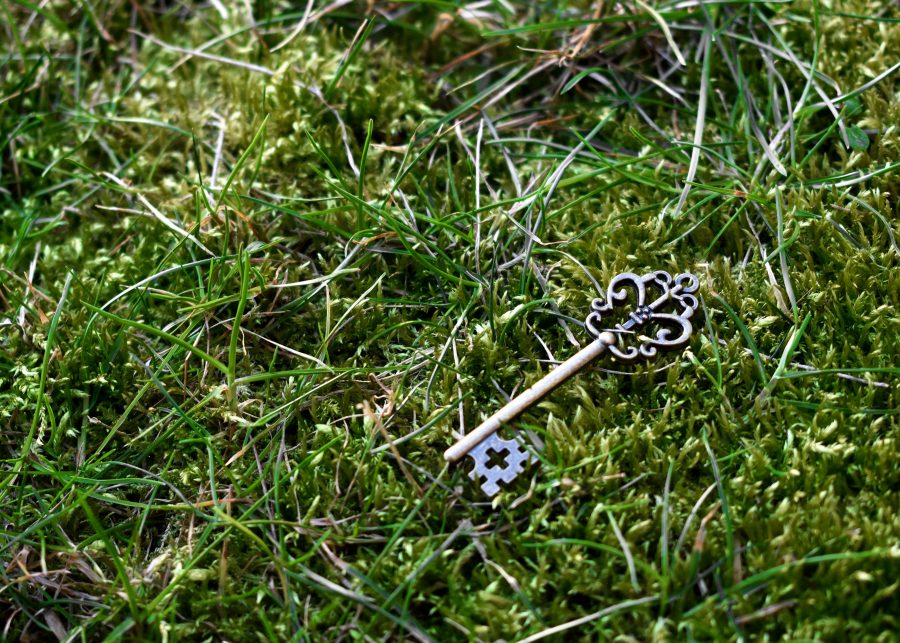 This slump is a severe correction from the bullish start to the year for the digital asset. Till LTC peaked two months ago, trading at over $144, it saw an over 370 percent increase in its price from its YTD mark. Even the current price of $74 is a 142 percent incline in its price, relative to January 2019. However, the bulls have eased off considerably over the past few months.

Over a week ago, Litecoin saw a massive drop in price, a drop that shaved off just under 7 percent in less than 4 hours. The drop took LTC down to $75 and since then, it has been trading within the channel of $70-$78. This channel has resulted in a resistance of $78.64 being formed, which the price does not look to threaten at the moment. If LTC does muster up the bulls to break resistance, the next key resistance level lies at $82.81, formed as a result of the support-turned-resistance flip during the August 14 fallout.

Looking below, the cryptocurrency will find support first, at $71.97. Secondly, if this support level does break, the next key support test will be at $70.38, which the coin tested on August 15 and August 21, respectively.

Litecoin, post the $70 test on August 21, began forming an ascending channel. Higher highs were seen between August 21 – August 23, with the price pushing up from $72 to $75. A positive sign with reference to the same were the green volume bars as well. Lower-lows were also seen, with the dips moving up from $70.38 to $74.11, moving in tandem with the channel. With the price trading at just over $74, a fall below the $73.7 will result in a move out of the channel and the next level that will be looked at with anticipation is the key support level of $71.9, presented above. 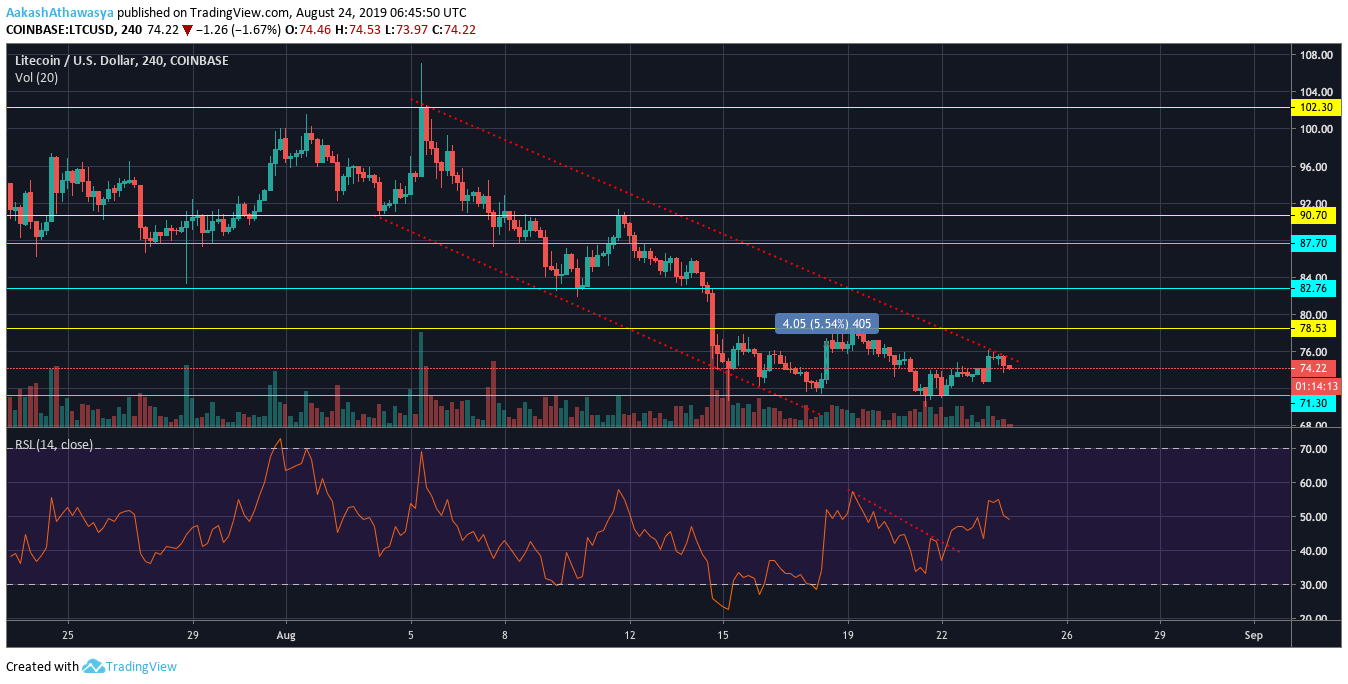 The 4-hour chart for Litecoin looks promising. At first glance, the cryptocurrency since the August 5th has been treading in a downward channel. Lower highs were seen on the following dates: August 5, August 11, August 19 and August 23, and lower lows brought the price down from $91 to $71. As things stand, the key support and resistance levels that will hold importance in the short term would be $71.3 and $78.53, with the price trading right in the middle of the same. The next resistance that will be tested should the preliminary one fail, would be at $82.56.

Since the massive 5.54 percent price push that was seen on August 18, the descending channel has been threatened. At press time, LTC seemed to to breaking out of the same. However, decreasing volume levels will not look to help its cause. If Litecoin can muster up some push before the lapse of the current weekend, the channel will look to break and the resistance level will be tested once again.

The Relative Strength Index of the altcoin is petering at under 50, and does not look positive if the channel is to be broken any time soon. However, it should be noted that the RSI did see a massive breakout on August 21, taking the value up from 39.81 to 50.

Litecoin is at a crossroads, with a breakout imminent if volume holds. The cryptocurrency has been performing very poorly since the beginning of the month. However, a return of the bulls is imminent if the 4-hour descending channel is broken. Key levels to keep an eye out for if this does happen are $78.53 and $82.76. However, the latter is unlikely.