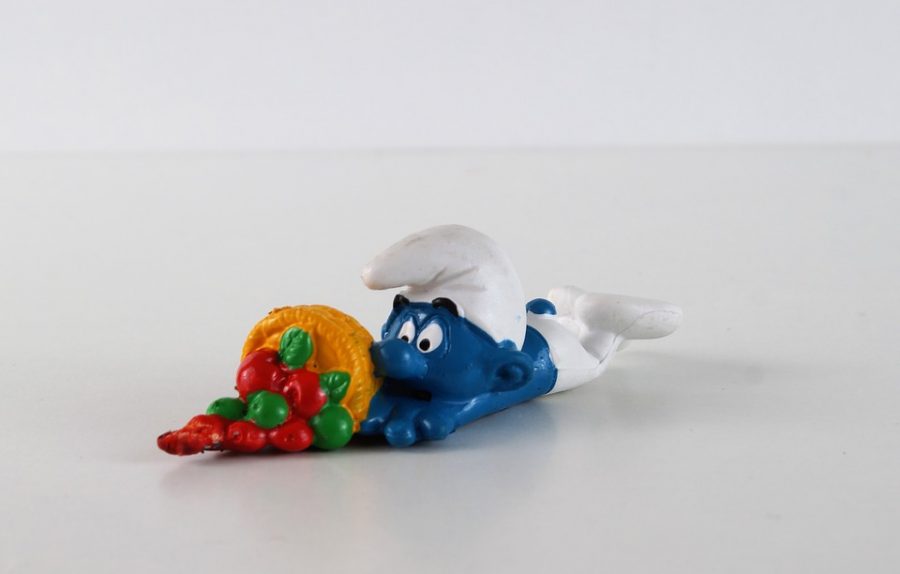 XRP had been falling since the beginning of the year, while other coins experienced their own share of ups and downs in the market. However, the YTD returns of XRP have been disappointing, with the popular altocin recording a YTD of -23.85%. The coin doesn’t seem to be finding respite, even in the short term, as charts suggest a further fall in the coin’s value. 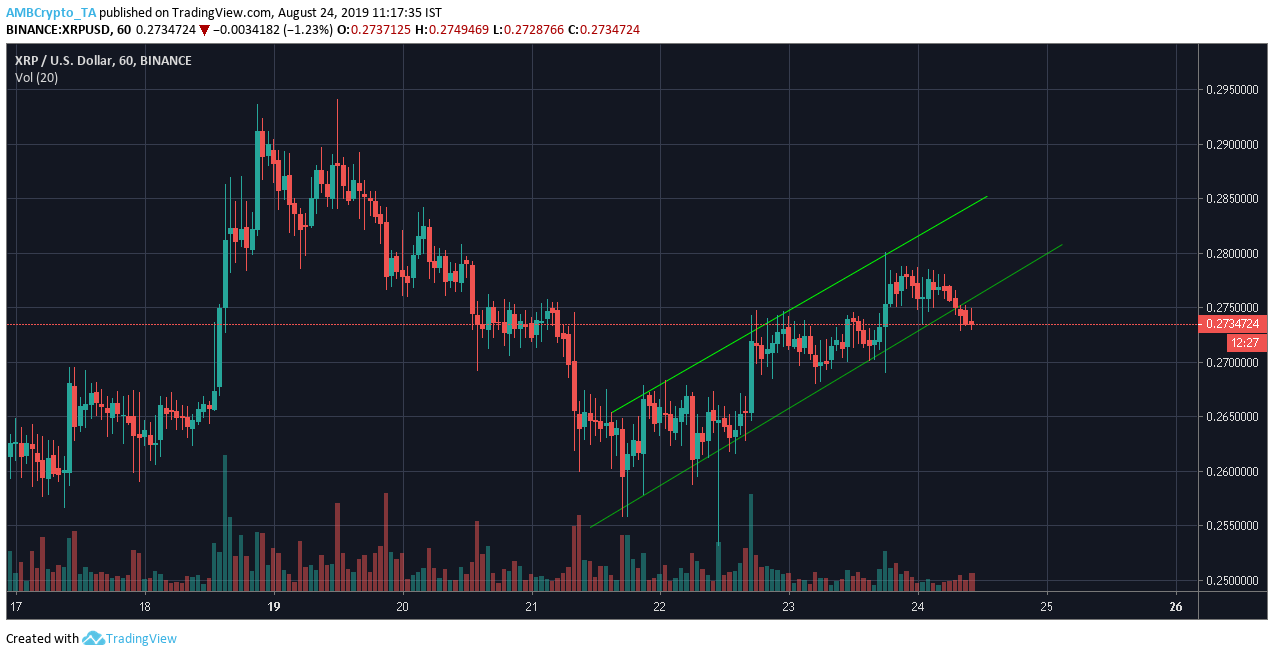 The one-hour chart projects that XRP has already broken out of an Ascending channel, causing its price to fall further. The Ascending channel extended for over 10 hours, before breaking. The price of the coin was around $0.28 and was struggling at $0.27, after the fall. The support for the coin lies at $0.2557 and needs a hard push to get out the support zone. 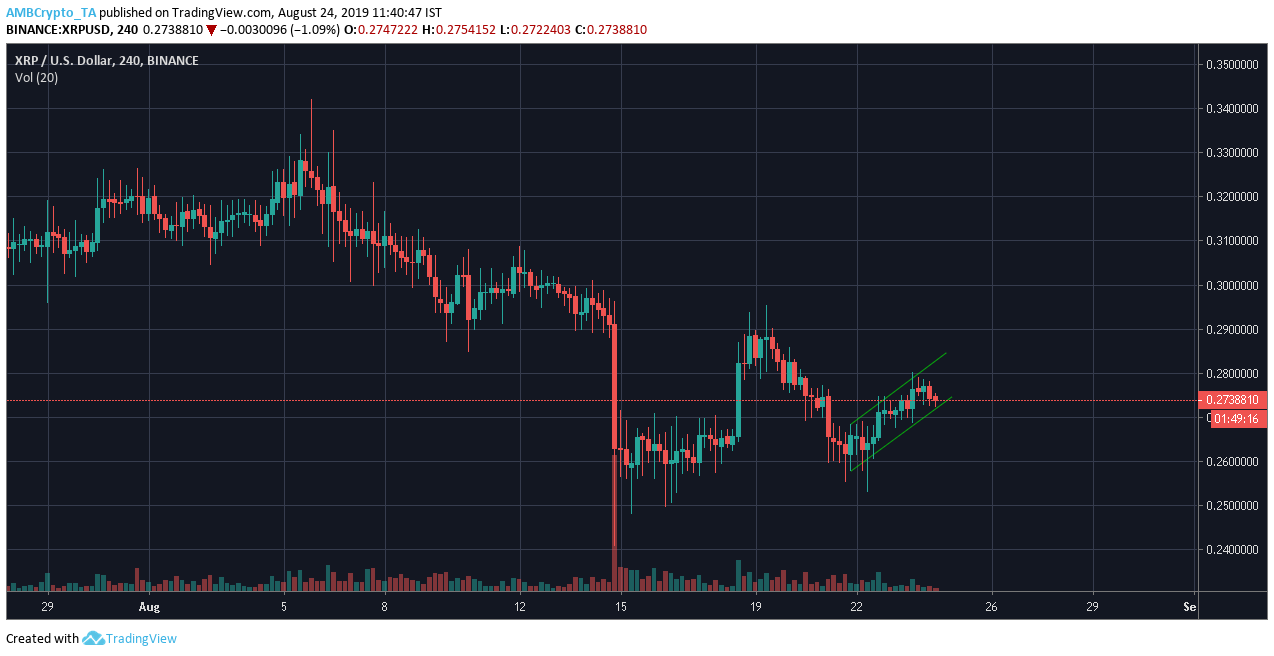 The 4-hour chart also shows the formation of an ascending channel. However, this pattern has not been breached yet. XRP might break this pattern soon and fall. Till then, the price might consolidate between the two parallel lines, as the immediate support rests at $0.2521 and another support is marked at $0.2407.

As XRP trades at $0.2729 with a market cap of $11.72 billion at press time, the bears are still very much present in the market. Despite, Ripple’s adoption efforts, the price of the coin has not budged  lot. However, a significant increase in its volume may be the silver lining for the XRP community.

Litecoin to break out of the wedge; key test ahead as coin looks to recover lost ground