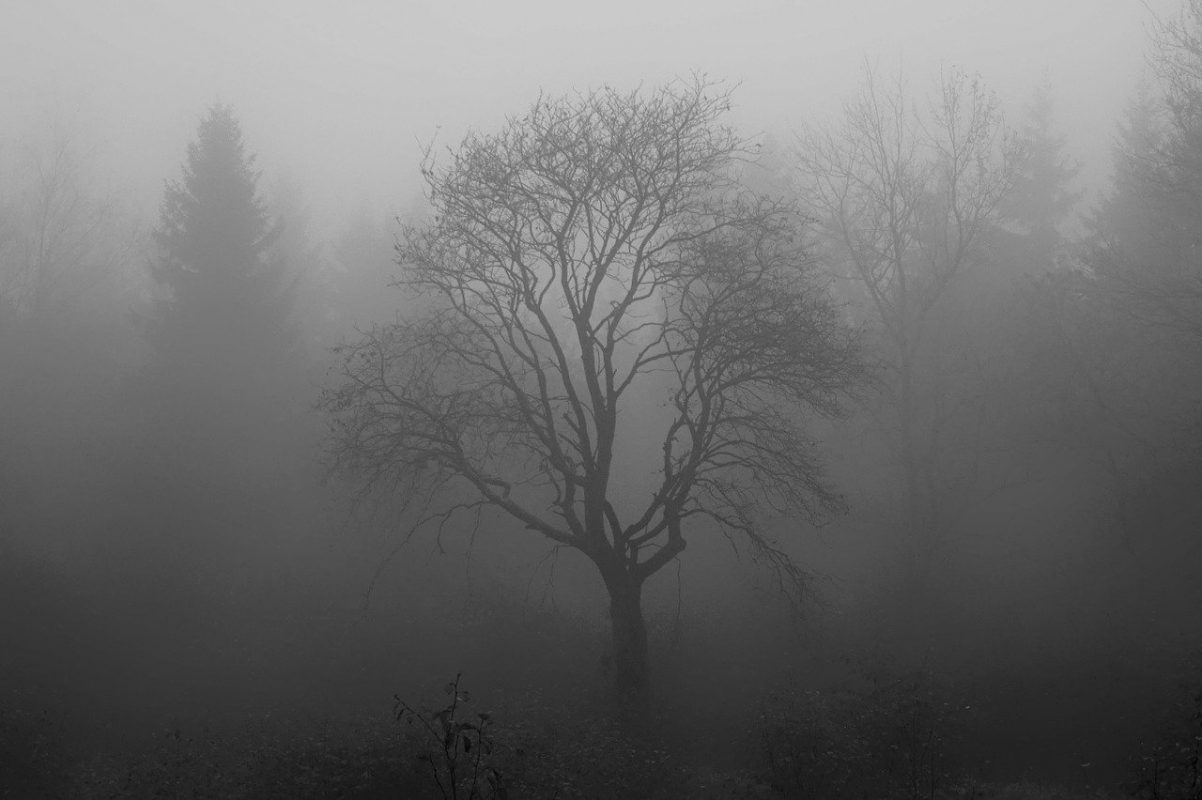 Litecoin was moving within an ascending channel and had reclaimed a level of resistance recently. Stellar Lumens faced heavy selling pressure and was likely to see a drop in value. Basic Attention Token trended upward for a period of nearly two weeks before the trend exhausted itself and bears seized control. 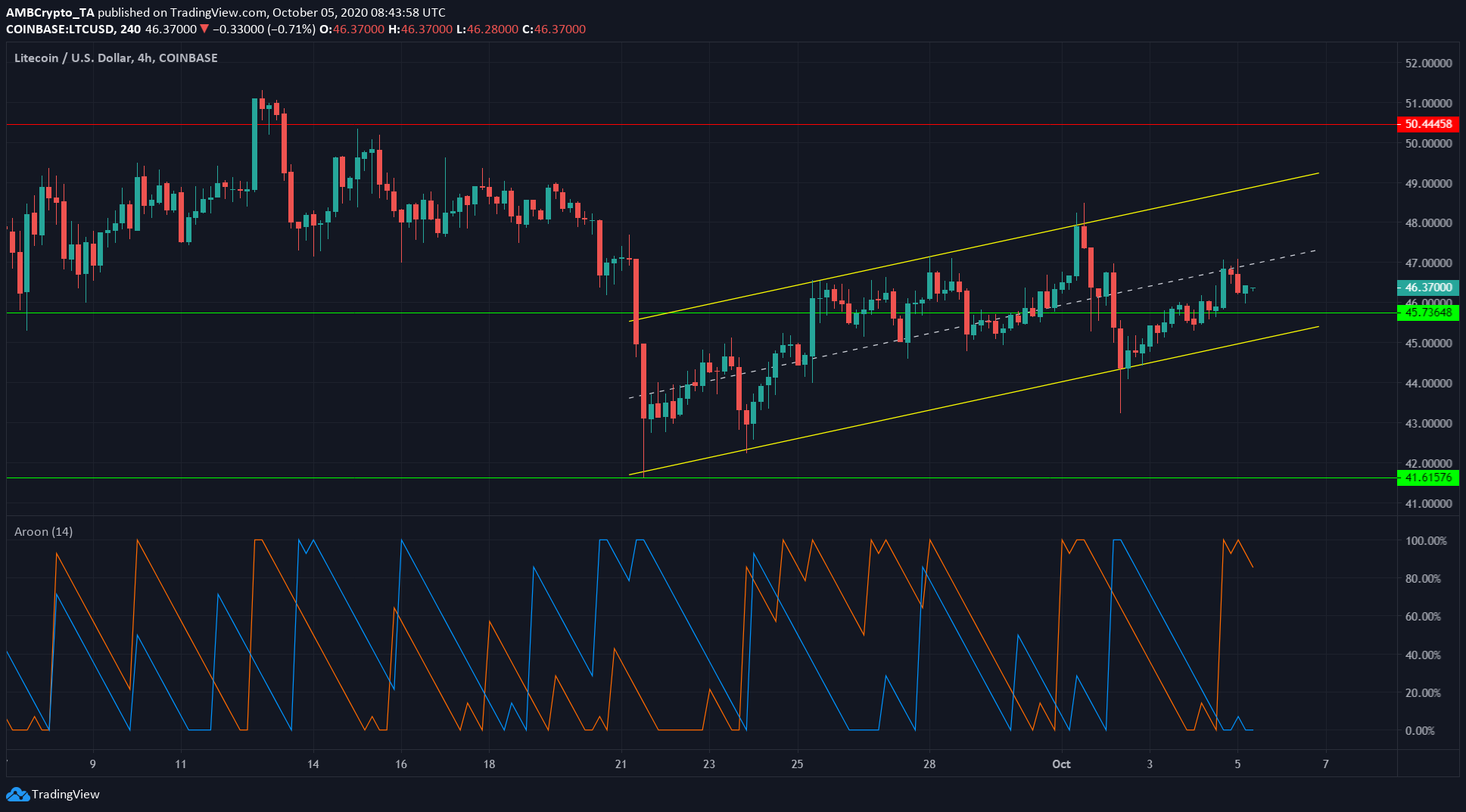 Litecoin was moving within an ascending channel, shown in yellow. This can provide buying and selling opportunities for traders as the price approached the lower or upper trendline of the channel.

LTC just recently scaled the $45.7 level and appeared to have flipped it to support. This indicated that LTC might be able to test $50 resistance in the coming days.

The movement within the channel is not uniformly upward, as highlighted by the Aroon Indicator, but LTC has been trending upward the past couple of weeks.

If price closed successive trading sessions outside the channel, there would be the possibility of a surge or a plunge. 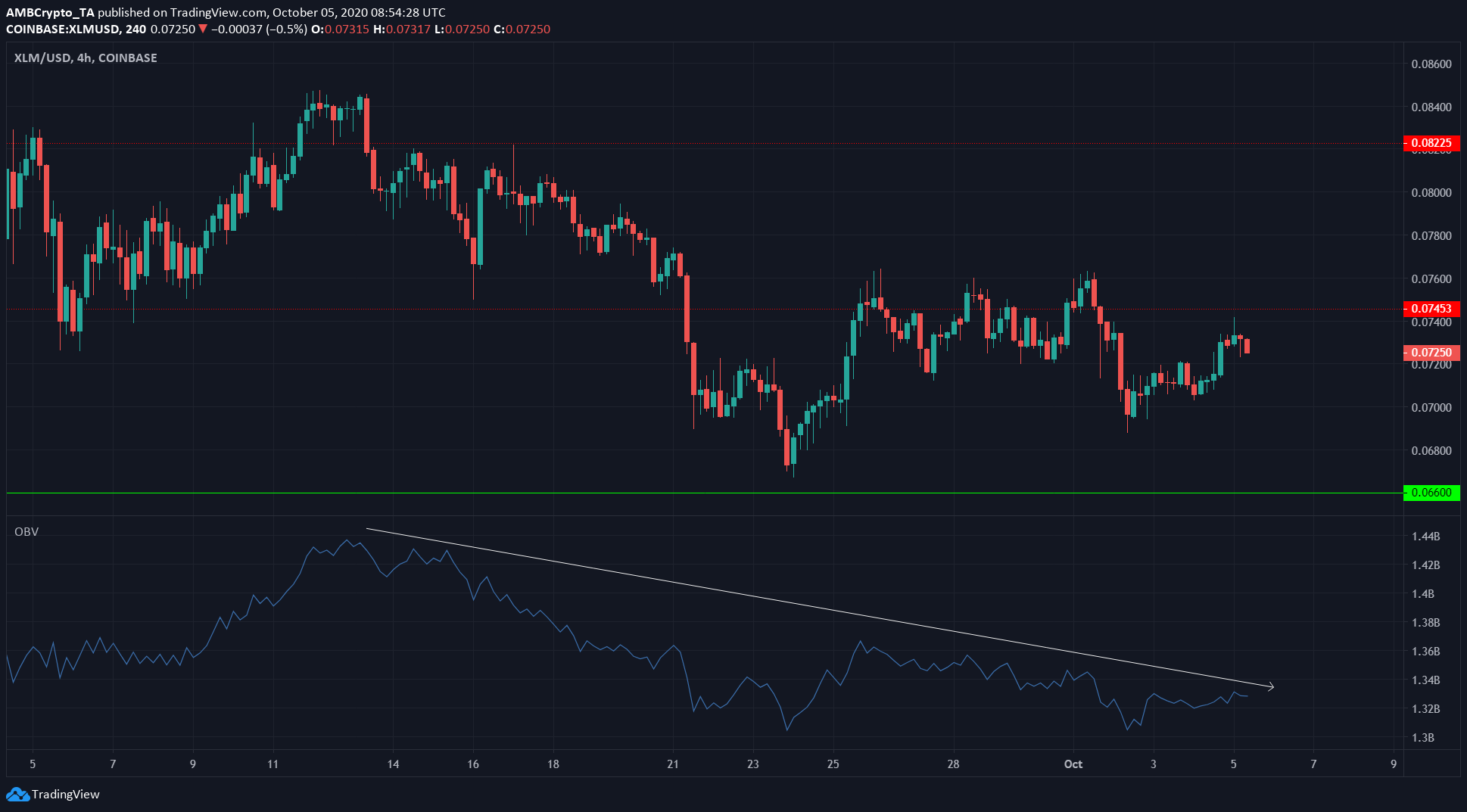 Stellar Lumens has been toiling in a bear market, like many of the other major altcoins. The brief rallies were opportunities for short sellers and the trend showed no sign of reversing yet.

As the OBV highlighted, the selling volume has eclipsed the buying volume in the past few weeks and was likely to continue.

The next levels of resistance and support for the asset lie at $0.0745 and $0.0066 respectively. The recent attempts to rise past resistance were rebuffed strongly.

In conclusion, downward was the path of least resistance for XLM. 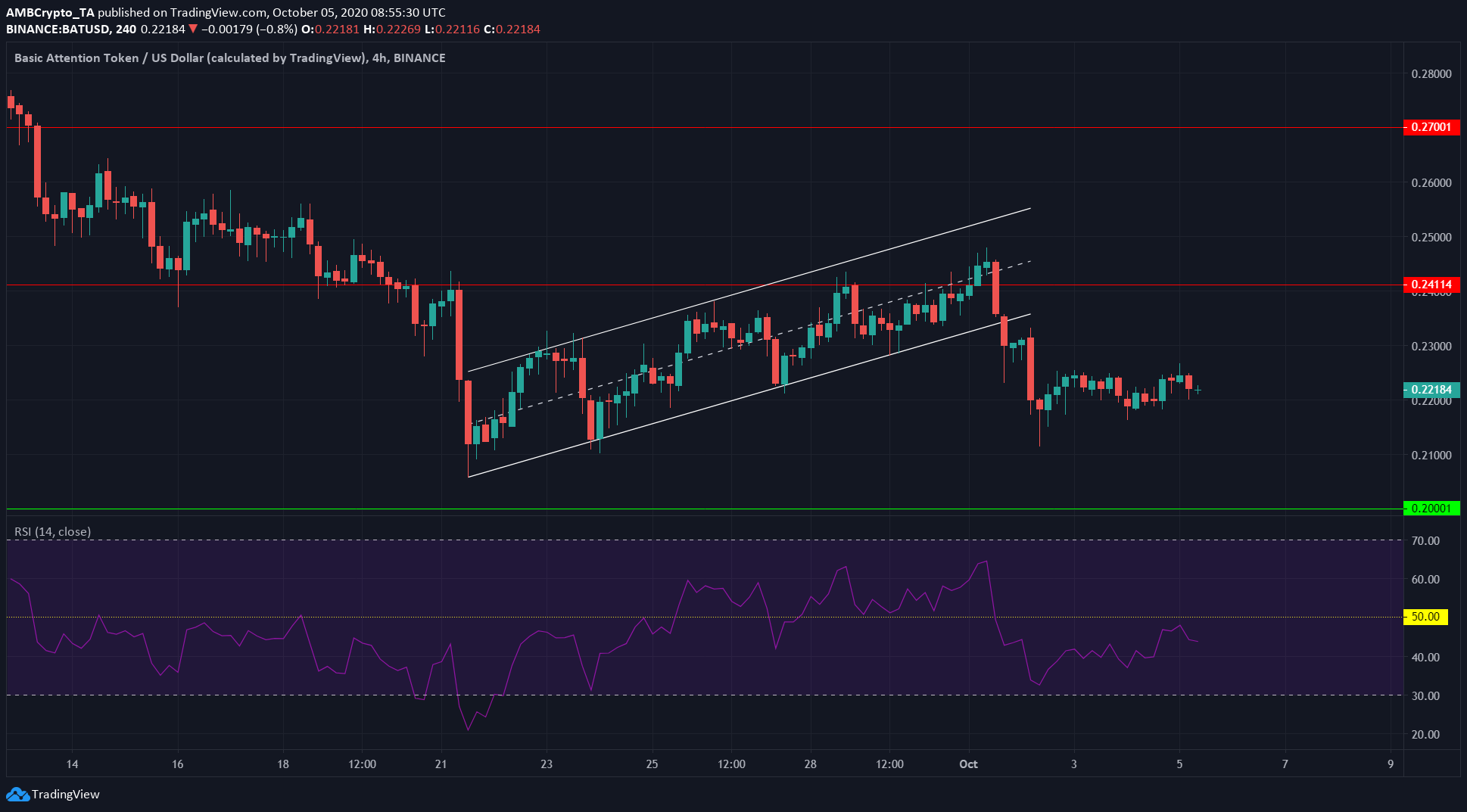 Similar to Litecoin, Basic Attention Token had also been moving within an ascending channel, as shown in white. BAT closed a trading session beneath the channel, and dropped further to $0.215, and was trading at $0.221 at press time.

RSI also highlighted the bearish momentum of the asset in the near-term. RSI was neutral at 43 at press time, but the past couple of days showed bearish momentum for the coin, with RSI touching 32.

XRP’s fortune can be reversed if this happens

This is how Bitcoin performed in 2020, trying to displace gold