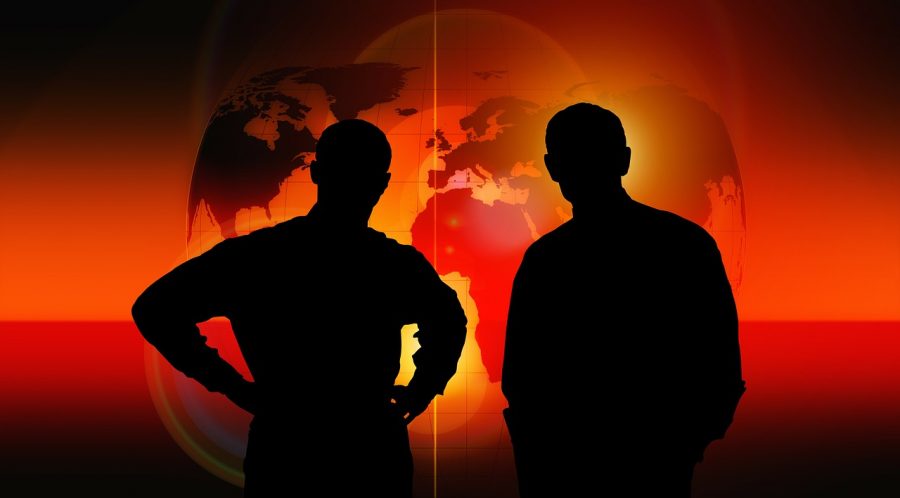 India’s Supreme Court might have quashed the Reserve Bank of India’s circular disallowing crypto-trading using banking services, but the war is not over yet. In fact, as we speak, the respondents in the case are prepping to file a review petition before the Apex Court. However, that’s not all.

The infamous draft crypto bill titled “Banning of Cryptocurrency and Regulation of Official Digital Currency Bill, 2019” is still out there, a bill that proposes a ban on any kind of cryptocurrency trading. And while the inter-ministerial committee that studied it did encourage the greater adoption of DLT and blockchain, its anti-crypto stance did not please most in the larger crypto-community as many believe that the committee failed to grasp the importance of crypto.

In fact, the chairman on the day of the official release of the report had tweeted,

Committee is very receptive and supportive of distributed ledger technologies and recommends its widespread use in delivering financial services. It also opens up door for a possible official digital rupee. Private crypto currencies are of no real value. Rightly banned.

What impact will the SC’s judgment have on the draft bill? Well, not much, probably, but according to Gaurav Dahake, CEO of Bitbns, the bill might be tabled before the Indian parliament by the Monsoon session. By then, what might be the status of the review petition the respondents are planning to file? Well, who knows?

Interestingly the recommendations in the draft bill dated back to 28 February 2019, and a lot has happened in the crypto space since then, especially the G20 summit where the FATF provided a regulatory guideline to help nations with their regulatory framework (which India was a part of).

If hypothetically, such a bill were to become law, what would the consequences be? Will India be missing anything? The answer is a definitive Yes.

According to many, India would miss another big innovative transition as it did back in the late 90s during the Internet boom. However, at that time, India was not the global economic powerhouse it is today, given that it is one of the fastest-growing economies with the highest percentage of population under the age of 25.

Crypto-news platform @CryptoKanoon had a few months ago shared a list of jobs that might be under threat if the government formed a law based on the same bill. The tweet read,

Sidharth Sogani, the CEO of CREBACO Global Inc, crypto and blockchain-centered analytical firm founded back in April 2018 commented on the post saying that India would lose around 84,000 crore INR which is approx $12.9 billion worth of market due to the proposed ban. AMBcrypto got in touch with Mr. Sogani to understand how they arrived at that figure.

Sogani told AMBcrypto that his firm went through data that included several companies and the amount of revenue or turnover they generated or may have generated if crypto was deemed legal. He elaborated further that the likes of Indian crypto-exchanges such as ZebPay, Unocoin, and several others collectively reached a trading volume amounting to 40,000 crores last year. Also, check out the bitcoin era

CREBACO also took into consideration several offshore crypto service-oriented companies that decided to operate outside India due to the banking ban imposed by RBI last year. These companies with Indian founders were traced back to several crypto-hubs of the world like Malta, Singapore, and the USA, all of whom made billions of dollars worth of turnover last year.

Sogani also quoted that data on the trading volume on Binance between Jan 2018 and Dec 2018 from Indian IPs amounted to a whopping 7.9%, a finding that shows that the Indian crypto-community is quite substantial.

As per the CREBACO research, the estimated revenue generated through crypto in India from various sectors include,

Sogani, who was also part of the presentation team who appeared before the Garg committee to provide different aspects of the crypto-use, had stated that he was quite surprised with the final outcome of the report that called for a complete ban,

“We have submitted several reports to the Indian governments as well and have consulted Ministry of Finance (MoF) through presentations and reports. In spite of all that, it was surprising to know the draft bill news.”

However, Sogani is still optimistic that the government would find a mid-way to regulate crypto. He said,

“They will have to regulate it, because if they don’t, it will raise a question as how they will implement a ban on a population of 130 Crore people” Sogani said. “They dont seem to have the mechanics of doing that, given India is country of 1.3 billion people.”

With the RBI circular deemed unconstitutional and the ban on using banking services for crypto-trading now lifted, the question of regulations arises. And given the potential of India’s crypto-market, it is imperative that these are implemented quickly, a sentiment shared by Manish Kumar, C0-founder of GREX, recently.

Then again, a lot depends on the fate of the draft bill that might, according to Bitbns’ Gaurav Dahake, be tabled before the parliament during the Monsoon session. All data points to the fact that any kind of ban is detrimental to not only innovation but existing industries too. Can the government afford to ignore the estimated revenue these technologies and industries might contribute to the economy? Will the government take that chance? Well, only time will tell.