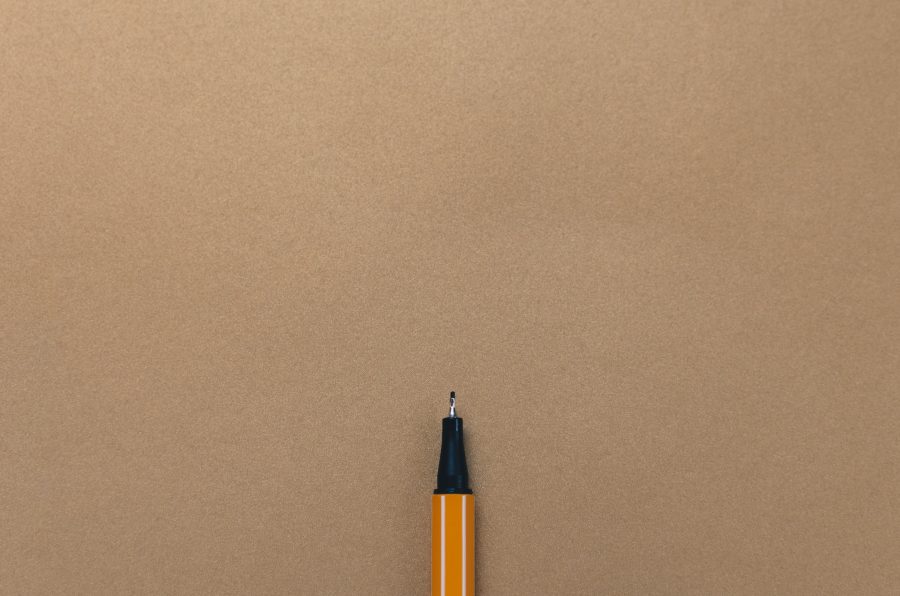 Even with Bitcoin adding over a third of its price in 2020, Ethereum still remains the coin to beat.

The largest altcoin in the market firmly took the lead as conditions continued to point towards an altseason. Ethereum, since the beginning of the year, has surged by over 100 percent, with other altcoins like Binance Coin [BNB] and XRP following suit.

However, Ethereum cannot be likened to the rest of the altcoin field just yet. 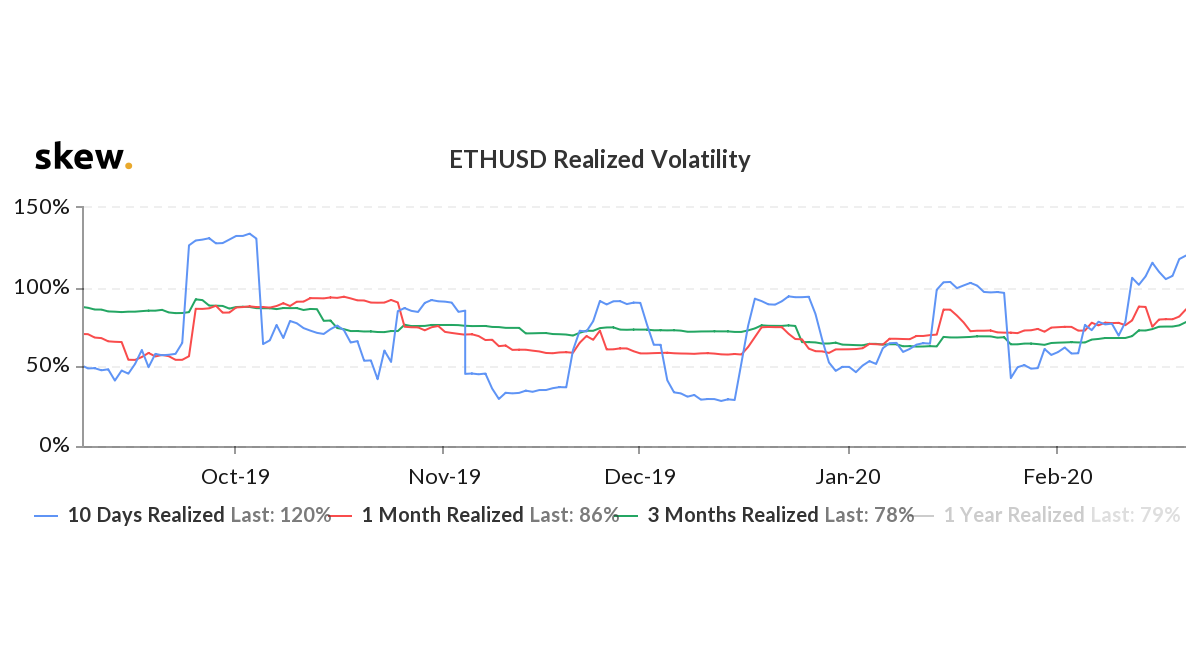 This implies that the price of Ethereum, since January, has been more and more volatile, when compared to its historical prices.

Erratic price movements for the altcoin are not just a thing of the past. Implied volatility has also been increasing continuously since the close of January, with market participants expecting a swing in Ethereum’s price over the next few months. 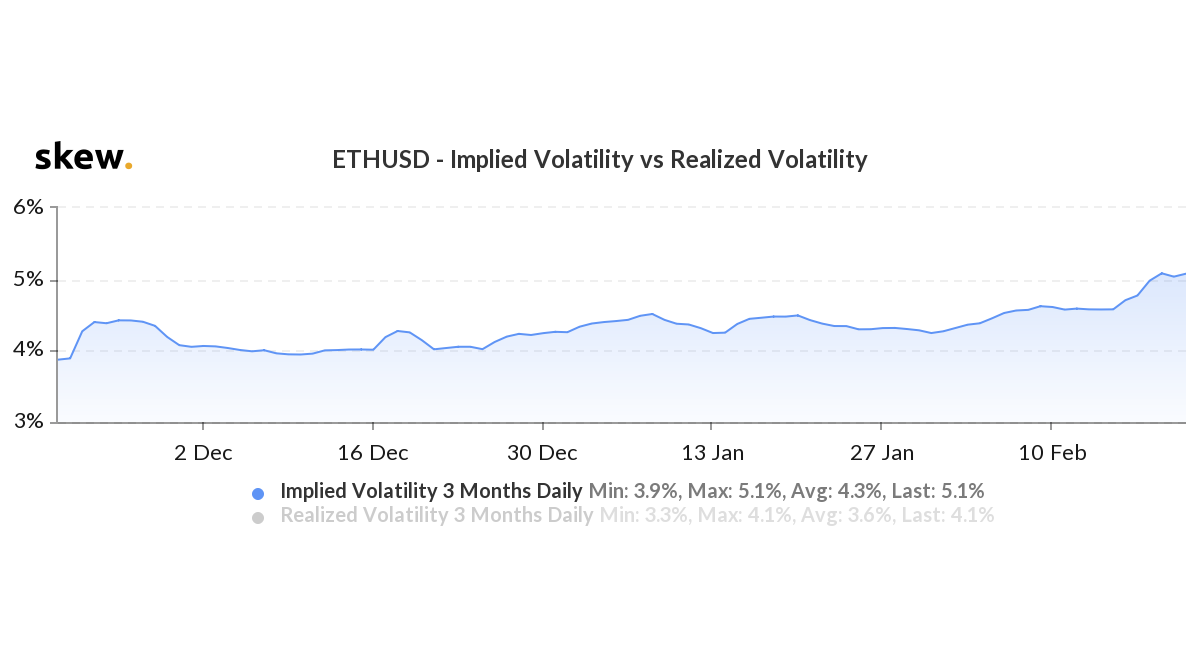 With the most valuable altcoin moving upwards and Bitcoin, for over three weeks, moving in and out of five-figures, the spread is also showing an increase. The price of Ether as a percentage of Bitcoin has increased by 50 percent in 2020 alone, and now stands at 2.8 percent, with Ether’s last traded price at $261.

To add to this, the altcoin’s correlation with Bitcoin on the 1-month scale has been dropping compared to the 3-month, 6-month, and 1-year time frames.

Despite the decreasing reliance of the altcoin on the king coin, individual historic and predicted volatility, and the price increase, the latest drop in Bitcoin’s price has seen ETH move more than it liked.