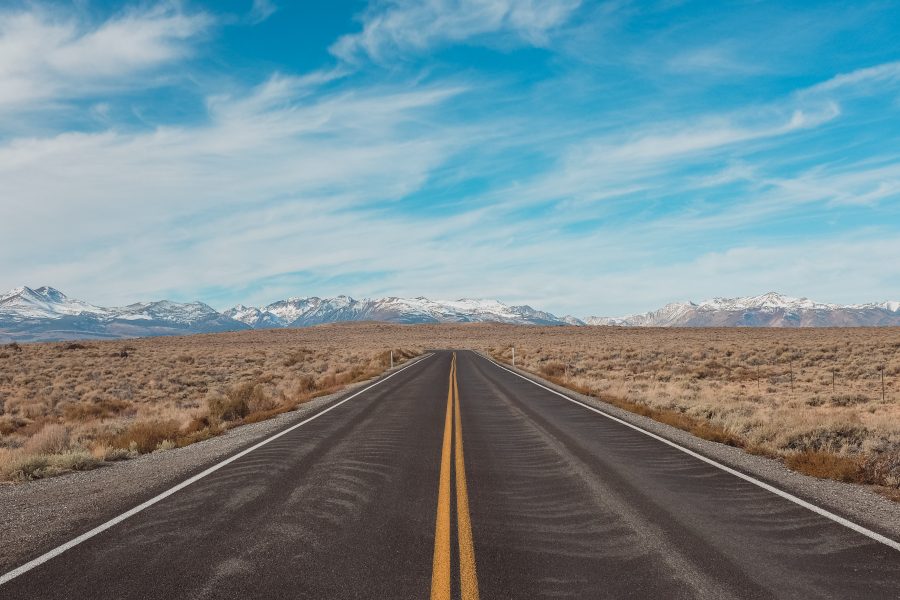 The Bitcoin halving will not be as big as it’s being made out to be.

Ever since the bear market of 2018, the Bitcoin halving has been hyped up more than ever. Based on the last two halvings [2012 and 2016], the spot price of Bitcoin is slated to rise until the block rewards drop by 50 percent in May 2020. However, that might not be the case. 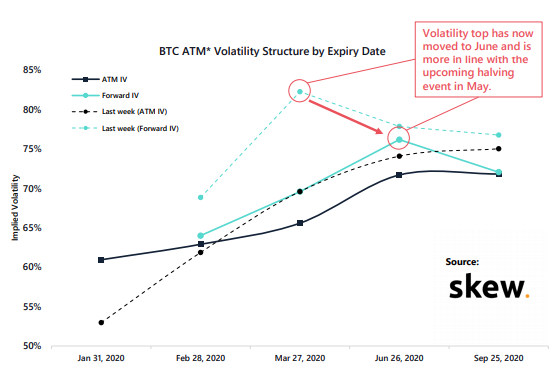 Based on data obtained by Skew Markets, the IV, which stands now at 60 percent, will rise to 70 percent by June, before flattening out. The IV, from then on, is expected to stay the same till September 2020.

The report added that on the basis of this data, procured mainly from Bitcoin’s Options prices, the market is “expecting changes in BTC price after the halving in May,” with the half-yearly and quarterly contracts expiring in June.

Furthermore, the Forward IV has moved from as high as 80 percent to below 75 percent and is now “more in line with the upcoming halving event in May.”

Last week’s Arcane Research report suggested that the 2020 halving will be a “non-event.” The IV, last week, was 53 percent, prior to Bitcoin breaking $8,000 and then $9,000, a development that saw the IV rise to 60 percent over a week. According to the previous report, looking at the IV numbers, the second quarter of the year will not see a BTC price spike.

“There is nothing indicating a spike in the BTC price in Q2 2020 for the halving event when evaluating the implied volatility term structure.”

Based on the IV numbers, both ATM [at the money] and forward, the report laid out four possibilities. First, the halving is priced in, something that suggests that the price is unlikely to increase miner incentives. Second, a run is expected before the halving. Third, the halving effect will be after-the-fact, occurring in late-2020. Fourth, IV is a poor metric to judge future prices as the Options market is “inefficient.”

Related Topics:Bitcoin optionsSkewVolatility
Up Next

Binance has been open-minded about ‘token offerings:’ Catherine Coley

Bitcoin is the most popular cryptocurrency for payments: 2gether report