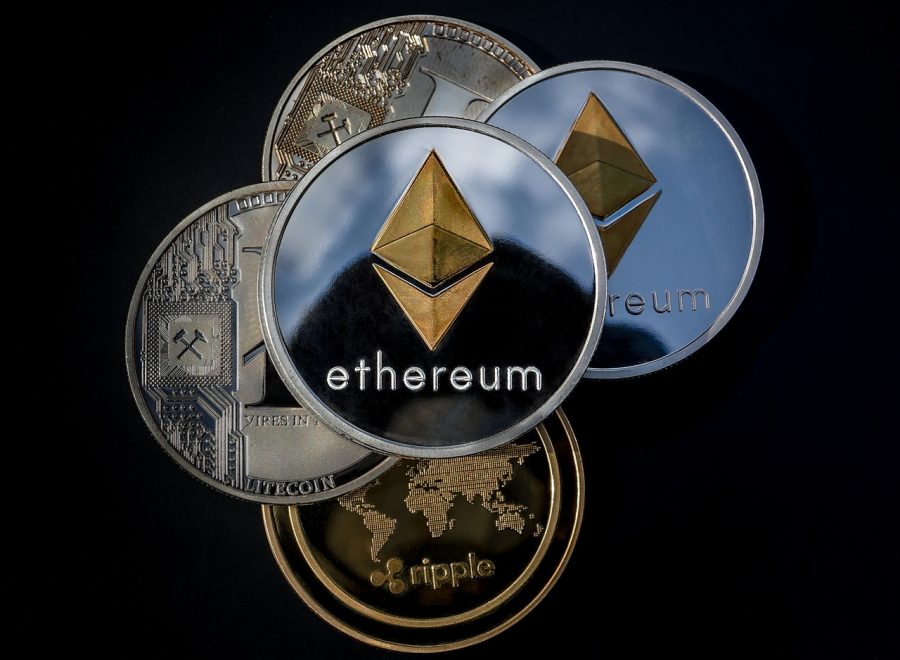 Ethereum [ETH], like many other alts, has been under a lot of downward pressure in the market. However, unlike the world’s largest cryptocurrency, Bitcoin [BTC], the coin has been reporting 76.31% Year-to-Date return. Ethereum’s value at the beginning of the year was $133.24, but at press time, was being traded at $230.21. In fact, in the month of February, ETH has recorded a growth of 27.35%, despite a falling market lately. 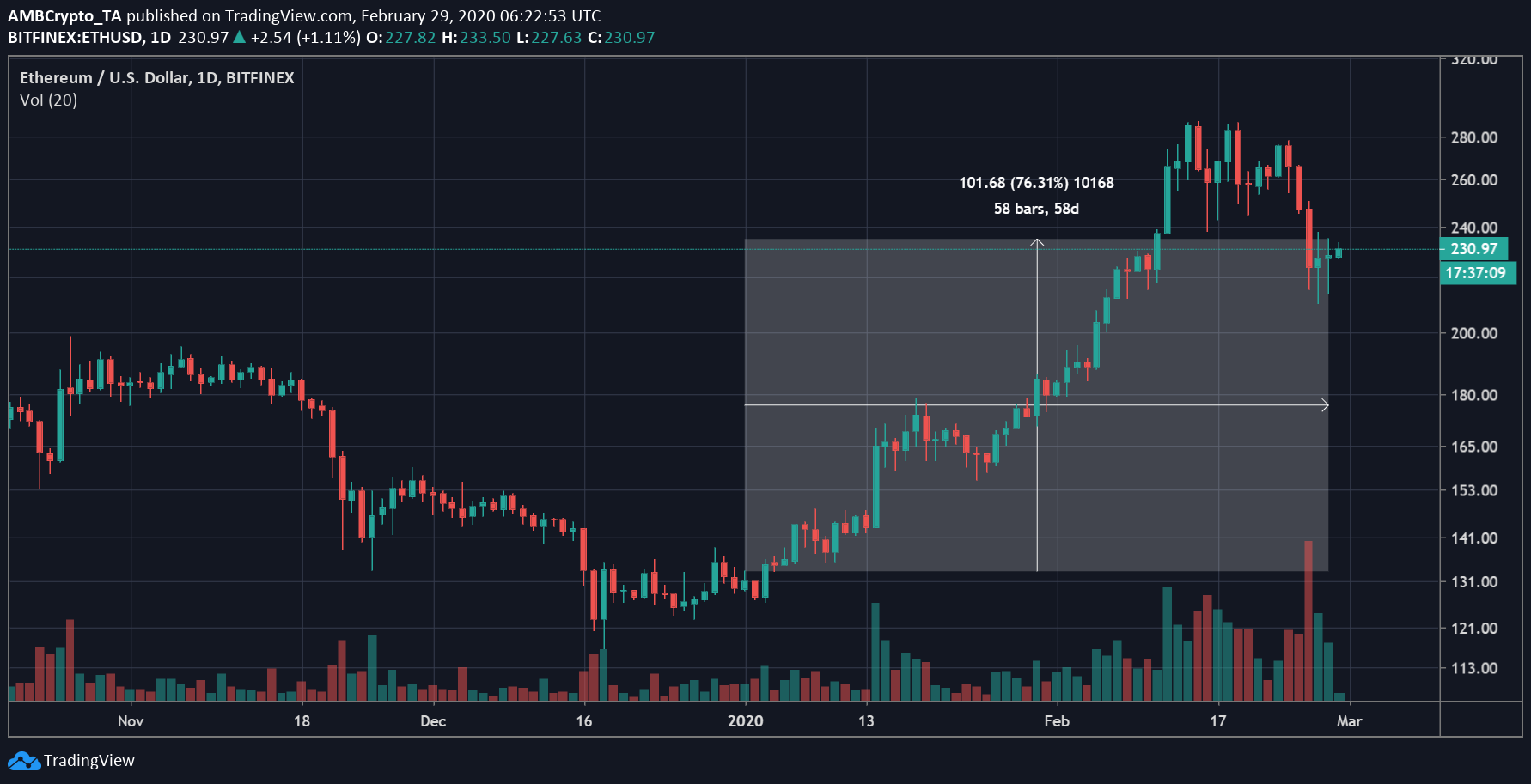 Traders generally try to diversify their portfolio in order to assess the risk and manage their investments. Apart from the general stock market, investments in certain crypto-assets have been beneficial for traders and one such asset has been Ethereum. According to its one-year Return on Investment [ROI], users who bought the coin a year ago would have been able to realize an RoI of approximately 2x.

ROI is the ratio or percentage value that indicates the profitability or efficiency of a certain investment or trade. 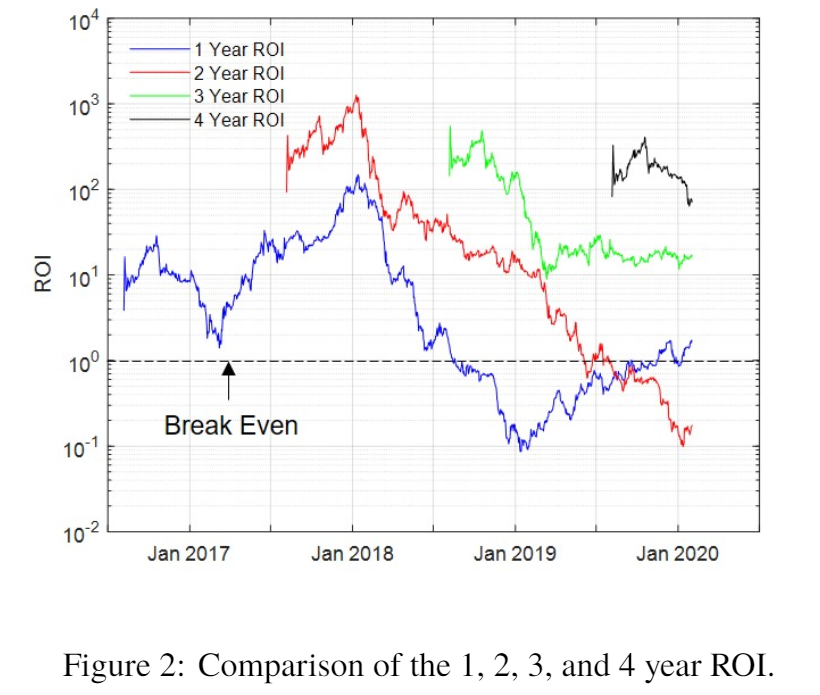 The peak of the 1-year ROI was 100x in January 2018, while the bottom was around 0.1, representing an annual loss of 90%. The chart only highlighted the ROI from buying and selling a specific time later and did not optimize on the exact timing. Similarly, when the 2-year ROI was considered, it was 1,000x on investment.

“In fact, had you bought at the bottom and sold at the peak (instead of just selling exactly 2 years later), you could have made substantially more than this, which is truly impressive for an asset that did not even exist in 2014.”

Meanwhile, the 3-year ROI found lower support at 10 and has been hovering over this mark for the last year. Further, the 4-year ROI suggested a return of at least 50x, if the user had purchased ETH 4 years ago and hodled.

The top two crypto-assets, Bitcoin and Ethereum, reported almost similar ROIs over the past 1 year, despite there being differences in the date of their inception. The 1-year ROI for both peaked to nearly 100x and reported peak losses at around 80% for BTC, and 90% for ETH. 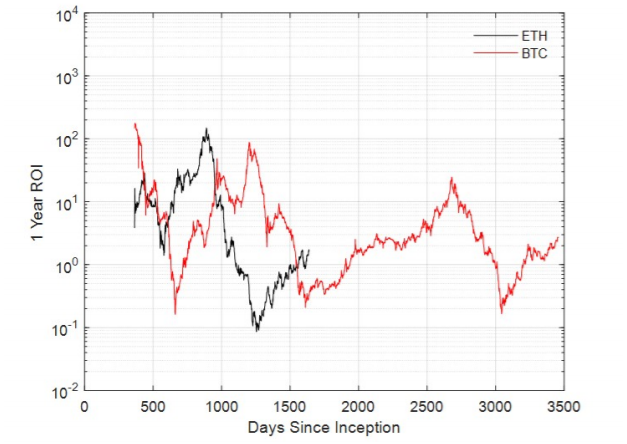 When the 2 year ROI for ETH was compared to that of BTC, the bottom for ETH was lower than BTC, with ETH reporting a 90% loss over a period of 2 years. The 2-year ROI peaked at around 1,000x for ETH, when compared to just about 400x for BTC. 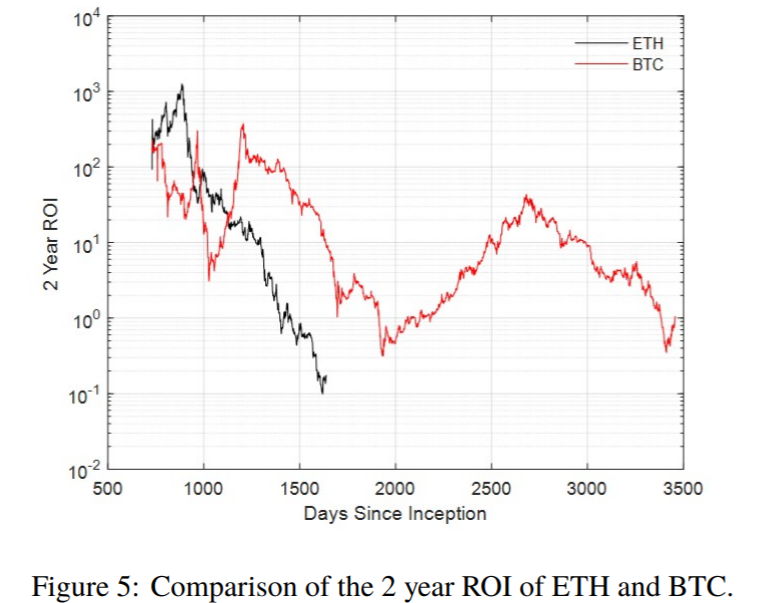 The 2-year ROI for the second-largest asset bounced off of the 90% line and resumed its climb up, but has to reach the 100 to get back to par.