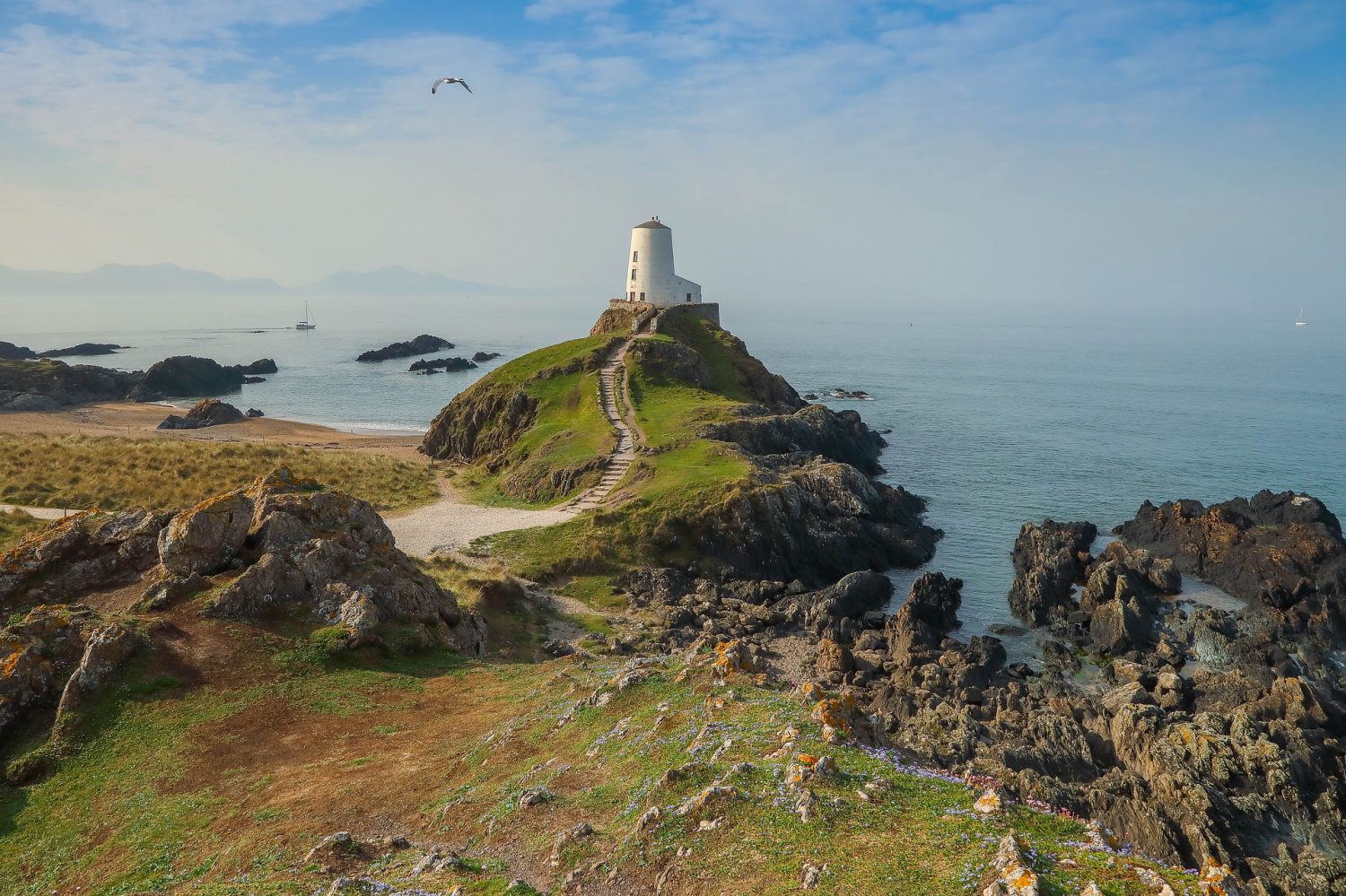 At the time of writing, Bitcoin’s dominance stood at 59.5%, with the same having fallen significantly over the past few months despite the fact that the world’s largest cryptocurrency climbed to new heights in 2020. This has been the case because many of the market’s altcoins have surged on the charts too.

However, when Bitcoin fell below $12,000 to trade at around $11,500, these altcoins took a big hit. Ethereum was one of the alts, dropping from a high of $433 to somewhere near $385. However, since the uptrend formed after Black Thursday in March remained in force, this could prove to be no more than a dip. 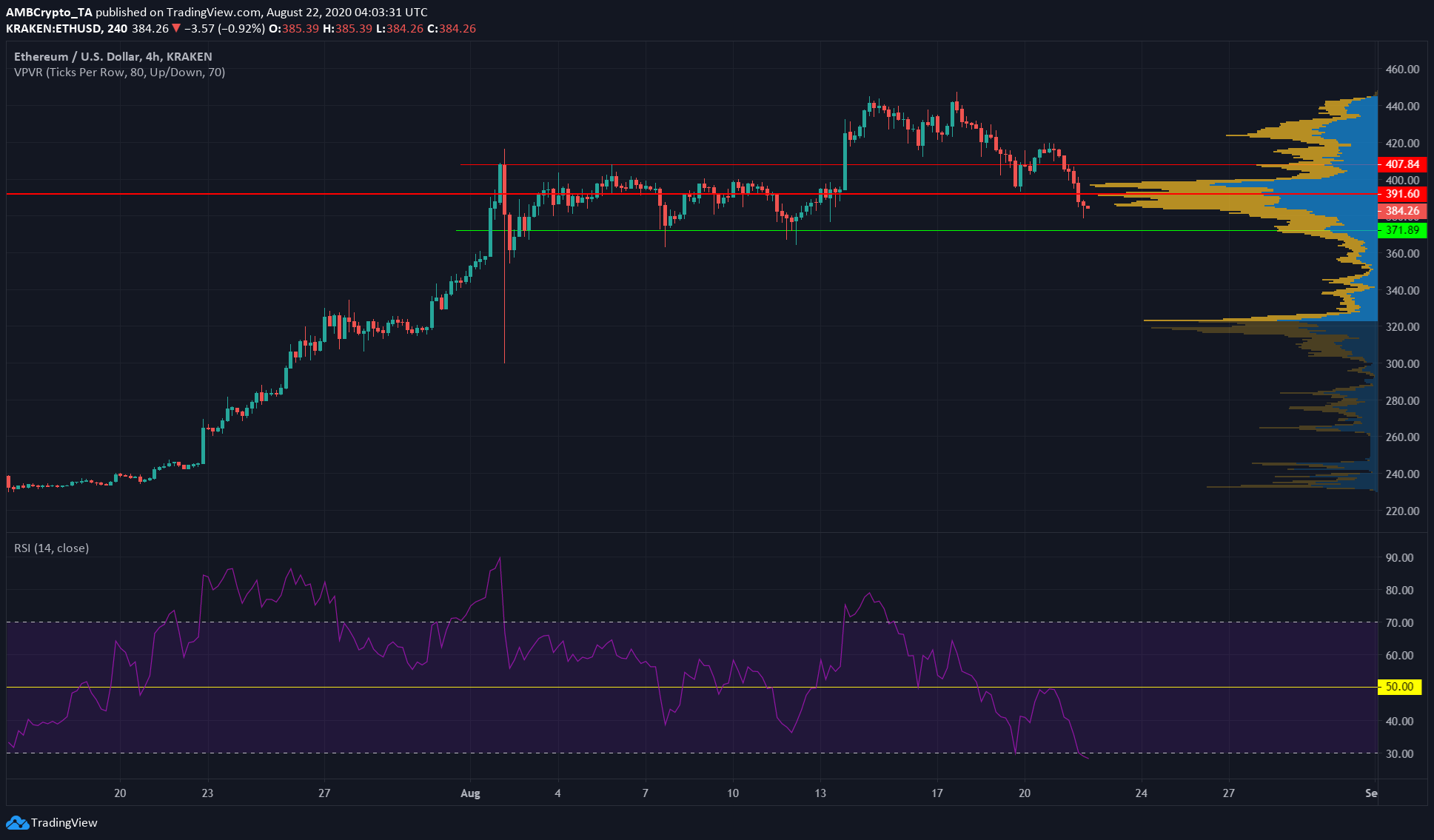 Trading at a price of $384.26 at press time, Ethereum continued to flounder near important support levels. After registering a previous weekly close of $433, ETH saw sell pressure dominate the charts. First, the support at $407 was broken, following which, $391 was held briefly before giving way as well.

As highlighted by Volume Profile, $385-$400 is a region that has been important to ETH in the long-term. If the price breaks below $385, there is a good chance ETH can slide to $371, its next support level.

Further, the RSI was failing to break out of the neutral 50 line, instead touching it as a resistance. This reinforced the idea of bearish momentum taking over.

If ETH fails to hold on to $371, there is the unlikely probability that it might drop to $320.

Recent reports have suggested that investors are pushing capital into the Ethereum system to leverage yield from DeFi, rather than stimulate organic growth. This will not bode well for the market’s second-largest cryptocurrency in the coming weeks. 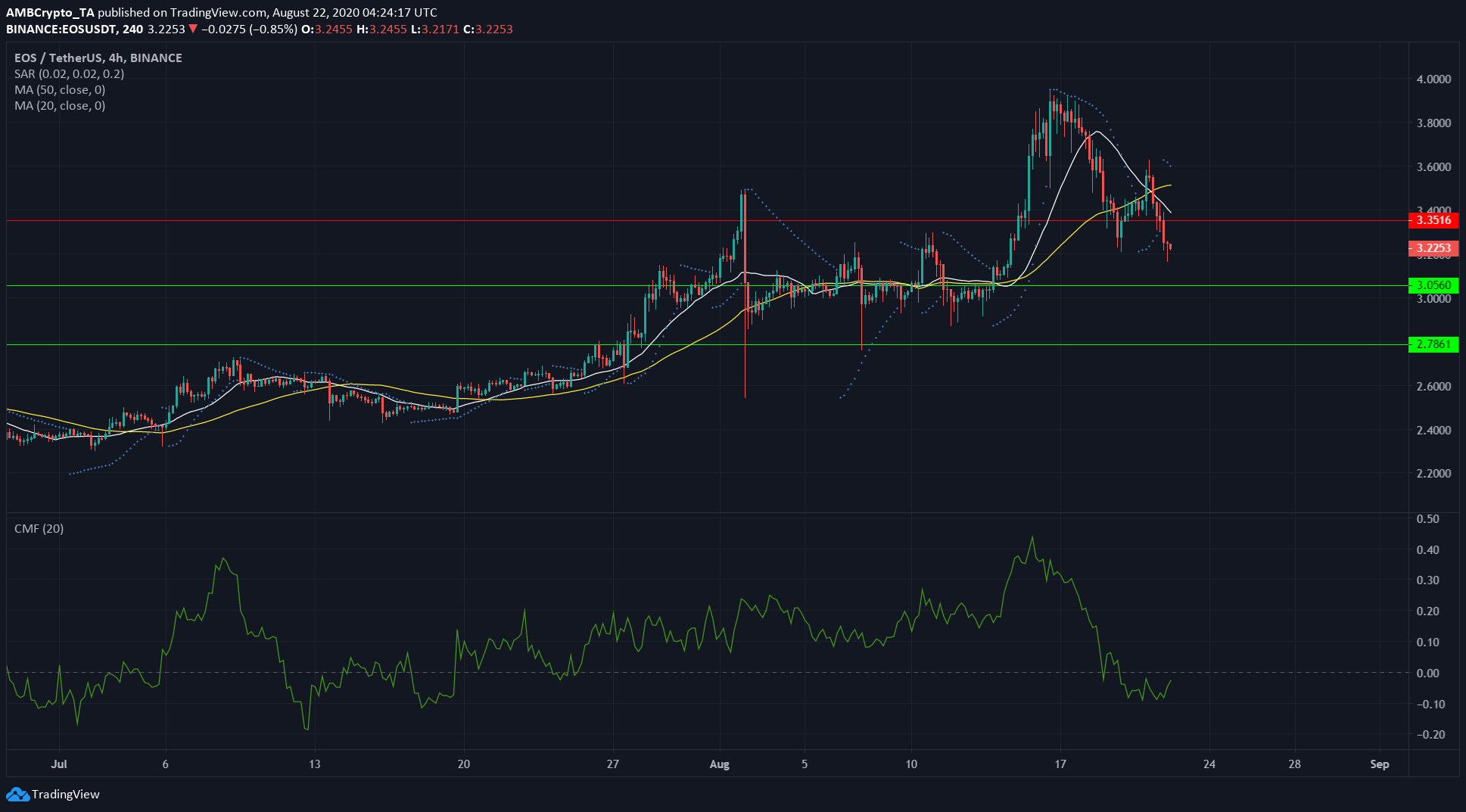 EOS reached a high of $3.95, before beginning a retracement. The 12th-ranked cryptocurrency highlighted weakness in the market, as did many other cryptos in the top-20.

The Parabolic SAR indicated a sell signal, one reinforced by the 20 SMA (white) crossing below 50 SMA (yellow), a sign of short-term bearish outlook. The CMF showed capital outflows as well, but with a value of -0.07 as it was on the threshold of significance.

The level of $3.05 could be a place where EOS  finds support. If it does, buyers could step in and drive prices back up to the resistance level at $3.35.

In recent news, Metal announced its acquisition of Bloks.io, the leading block explorer and development team behind EOSIO. 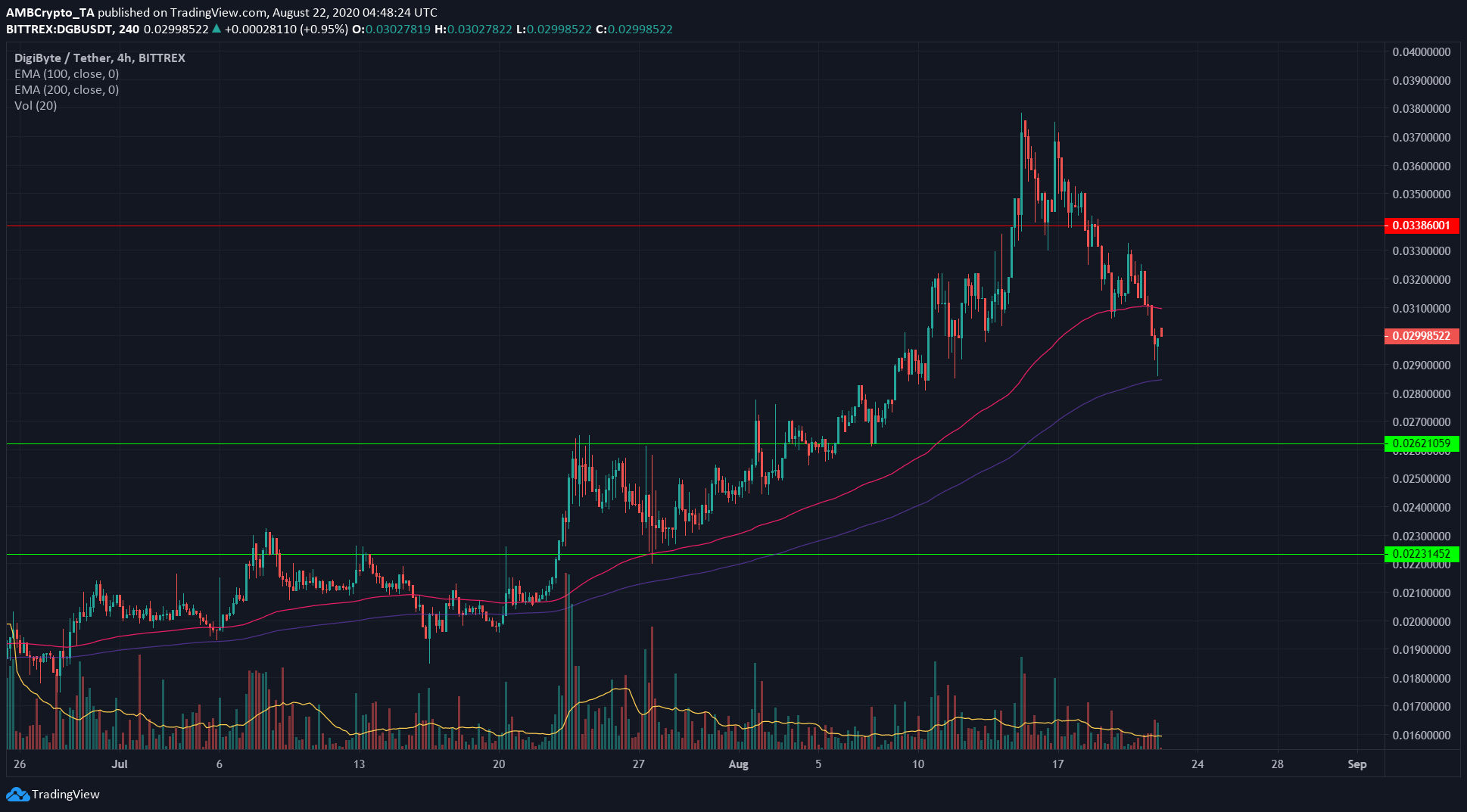 If DGB reclaims its 100 EMA, it can target resistance at $0.033. This move will be confirmed if it occurs over high volume. A rising price accompanied by decreasing volume in the next couple days will signal another drop in price.

Digibyte held the 41st position, at the time of writing, with a market cap of $405.9 million.