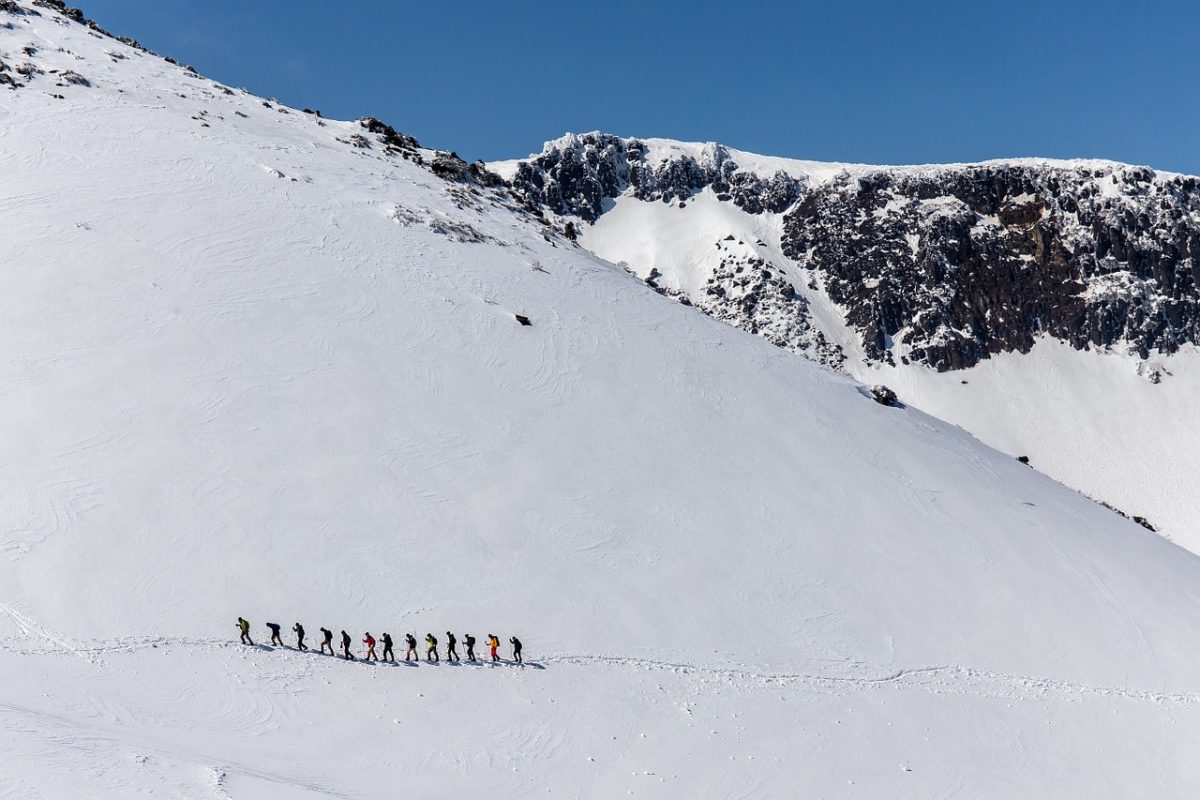 The price volatility that emerged in the market towards late-July seemed to have paved the way for a variation of an altseason. While the market’s small-cap crypto assets were outperforming everyone else, mid-cap assets were not far behind on the charts.

As per TRX’s daily charts, the crypto had been surging in value over the past month, before falling upon testing its resistance at $0.0322. This price point has been unseen since July 2019, and a push above could confirm the forthcoming altseason. Even though the price of TRX has been hit badly over the past couple of days, the Parabolic SAR suggested that the crypto’s price was still poised to trend upwards as the markers were aligned under the price bars.

EOS had one of the most successful and largest ICOs conducted in 2017, one that managed to attract great interest. Recently, Equilibrium, an EOS-based decentralized finance project, announced plans to develop a new interoperable protocol on the Polkadot blockchain. Even though there have been remarkable developments, however, a lack of community support has hurt the EOS ecosystem.

The eleventh-largest token on CoinMarketCap has noted only 21% growth in YTD, a low figure when compared to other major and mid-cap assets.

At the time of writing, EOS was being traded at $3.3974. The price had hit its immediate resistance at $3.9327, before retracing to its press time value, a level that was close to its support at $3.1823. While many alts managed to regain their values before the March crash, EOS remained under a lot of pressure. As per the Relative Strength Index, the digital asset was in the overbought zone and the sell-offs had brought it back into the equilibrium zone. 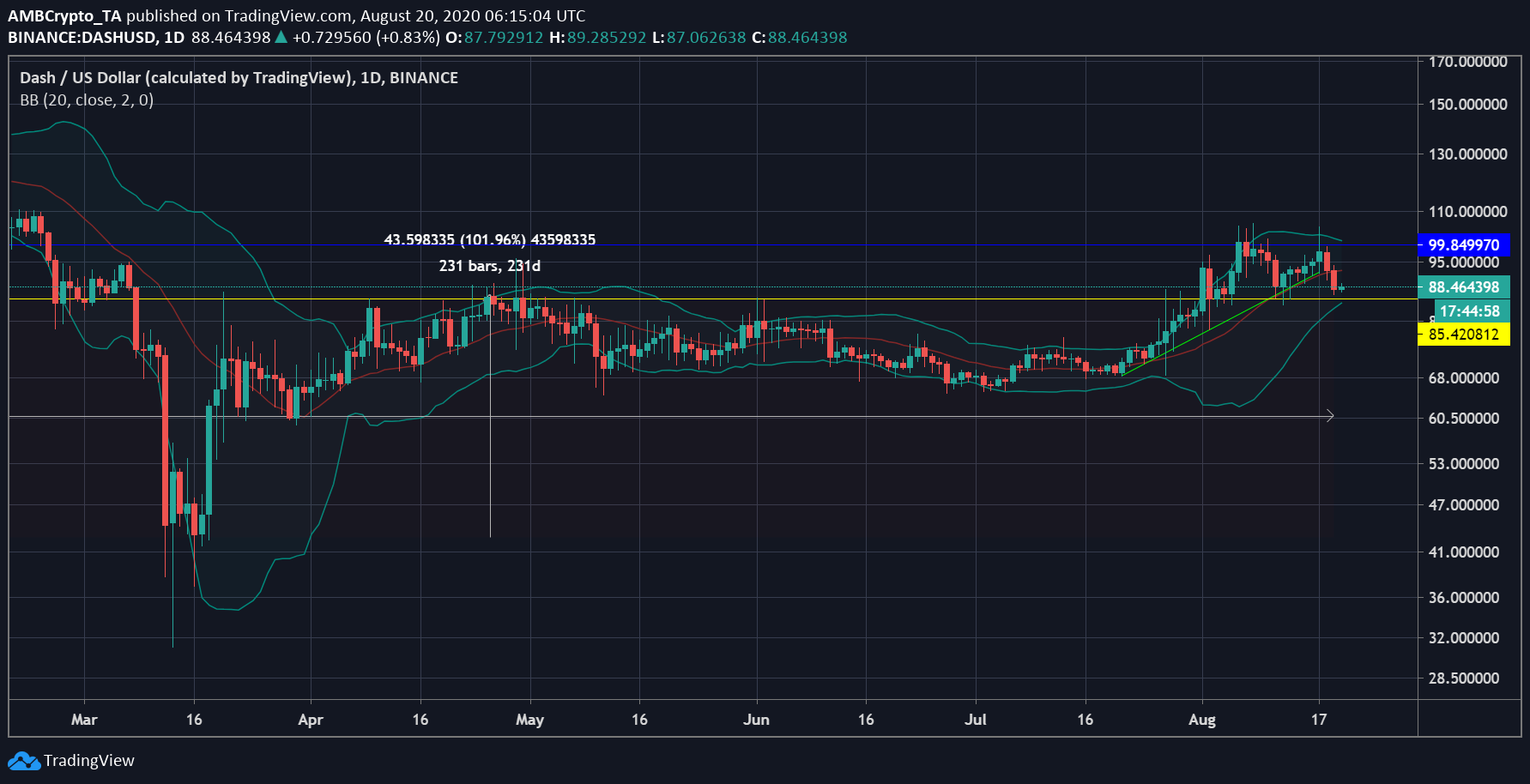 The DASH market has opened up to a world of volatility, one clearly pointed to by the widening of the Bollinger Bands. The volatility has remained high in the market since the surge in its value in mid-July. However, ever since the beginning of August, DASH’s price has been bouncing between $99.84 and $85.42. The two price points acted as strong resistance and support levels for the coin and as the second re-test of the resistance failed, the bullish trend in the market was flipped to a bearish one.

The signal line of the indicator that was surfing under the price bars moved above on 19 August. This was a sign of changing price trends for DASH, while the market remained extremely volatile. Even though the value of the asset has been restricted, there have been steps taken to allow the use of the crypto on a larger scale.

Recently, Dash partnered with Tauros.io, a Mexican crypto-exchange to release the first crypto-Visa debit card in Latin America. Although the service will initially only be available to Tauro’s clients in Mexico, the core group is preparing for another update.