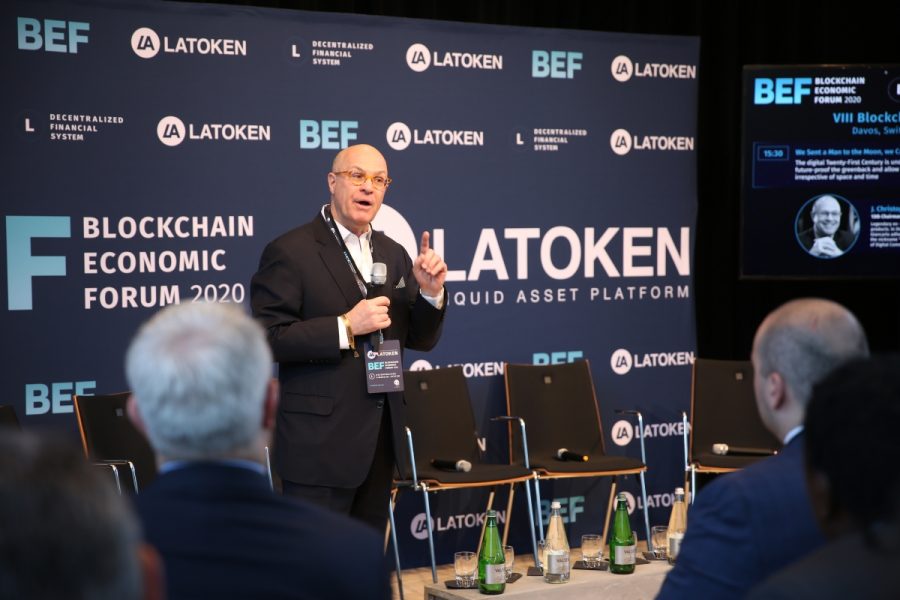 Back in October 2019, when J. Christopher Giancarlo, former CFTC Chairman, wrote an op-ed for the Wall Street Journal that proposed blockchain-based digital cash to tackle the issue of the declining U.S dollar, it garnered a lot of attention.

Today, the global financial space is no longer new to the idea of a CBDC, with China prepping to launch its own DCEP sometime this year, a development that has stirred quite a lot of discussion around the world.

What Giancarlo once proposed is today, a real project, after it was recently announced that the former CFTC chair, along with the former LabCFTC Director Daniel Gorfine and investor Charles Giancarlo, were forming the Digital Dollar Foundation.

The Foundation has reportedly entered into a partnership with Accenture to push for a potential U.S central bank digital currency. And, although it will be supported by the Federal Reserve and other stakeholders, the Foundation won’t be waiting for a green signal from the United States’ central banking institution.

To begin the conversation, Giancarlo claimed that he believes that despite being in the 21st century, the modern-day financial system is still based on the norms of the 20th century, one that does not allocate space to technological innovations. He said,

“I believe that the users of the dollar, whether they be U.S domestic retail users or the global economy itself are underserved by an analog currency in a digital world.”

Expanding on the digital dollar initiative, the former CFTC chair said that the primary objective right now is to “marshal resources” in the private sector in order to carry forward constructive thinking and conceptualization.

According to Giancarlo, the digital dollar will not be a derivative of the fiat dollar and it will be backed by the full credibility of the U.S government, just like a legal tender. He added,

“It would be made available to users through traditional banking systems and other kin enterprises but will enjoy the full faith and credit.”

After his keynote speech, Giancarlo was also questioned about China’s development of its own CBDC and whether the PBoC‘s rapid development could actually be a threat to the dominance of the U.S dollar.

Giancarlo responded that the purpose behind the creation of the digital dollar is not to compete with a digital yuan or digital Euro. He conveyed that it is necessary to keep pace with the changing financial system of the world, one where digitization would supplant an analog role as an analog fiat currency cannot serve in the digital world.

Further, the former CFTC chair reiterated that it is not necessary to be the first CBDC in the market. Instead, it’s more important to make sure that the digital dollar gets all the different mechanisms and dynamics right, before facilitating a launch.

The United States and China’s central bank are not the only ones focusing on such a project at the moment as according to recent reports, the Bank of England is also contemplating a Bitcoin-style digital asset. Bank officials from the BOE are set to meet representatives from the Bank of Japan, the European Central Bank (ECB), the Sveriges Riksbank, the Bank of Canada, the Swiss National Bank, and the Bank for International Settlements (BIS), to gather data and opinions, while evaluating the potential for a combined CBDC.