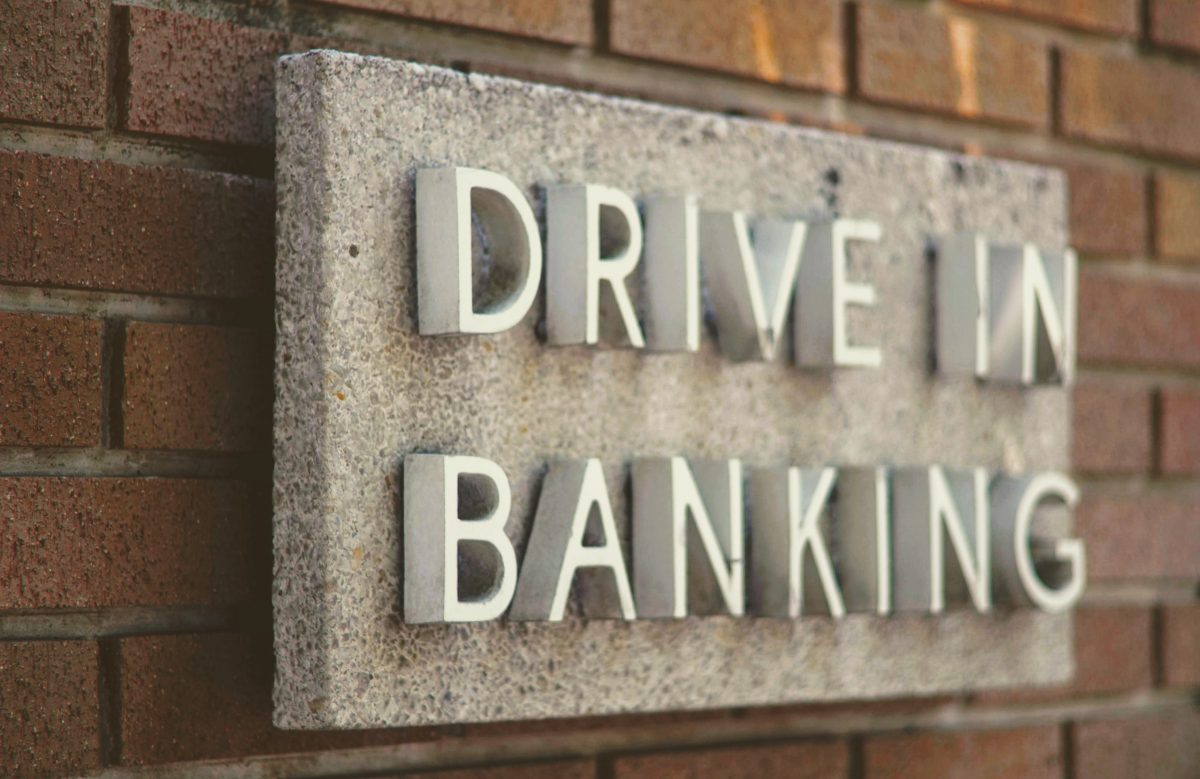 Beyond Bitcoin as a medium of exchange or a store of value, there are fewer aspects of the cryptocurrency space as exciting as Decentralised Finance [DeFi]. A manifestation of cryptocurrency ethos of lack of centrality, single ownership, and control, DeFi is far more nascent than Bitcoin is to the mainstream, but it is growing steadily.

With its growth comes the question of co-existence, or lack thereof, with the world of centralized finance. And by the looks of it, DeFi and most of its market participants are looking at a future where the two share functions of the financial world, instead of winner takes all.

According to a recent survey of 694 market participants by crypto-analytics company CoinGecko, decentralized finance users are treading a split-decision. The survey shared with AMBCrypto stated that a larger number of users are of the opinion that centralized sources of finance like banks will still be around for “some transactions,” despite DeFi. 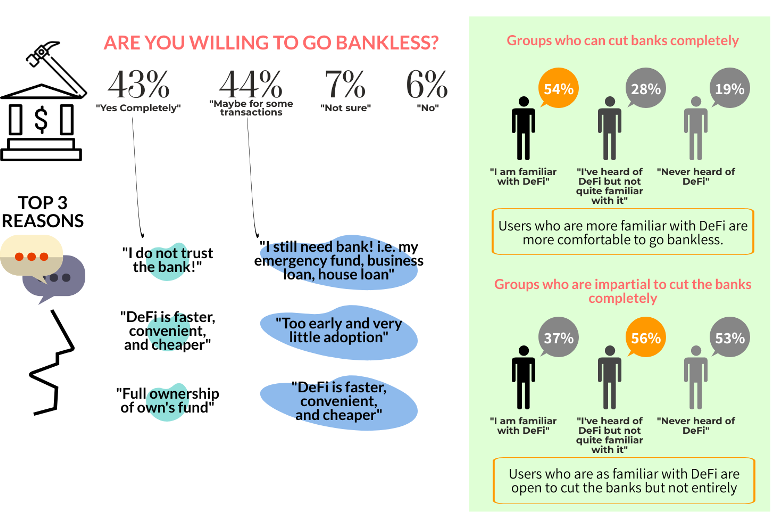 Those in the completely bankless category gave two reasons for their trust in decentralized finance. Firstly, 31 percent of them attested to the lack of trust in centralized financial institutions. Secondly, 21 percent  of them added that DeFi, in their view, is “faster, convenient, and cheaper.”

On the other hand, the ones who would only go half-in on DeFi felt that the system of decentralized finance is still nascent and not developed just yet, with most of them still looking to banks for availing emergency liquid funding in the forms of loans. Finally, security is also a concern in DeFi, compared to the more robust security features of centralized finance.

However, one of the reasons for this hesitance towards DeFi is information asymmetry. The survey clarified that those users who are familiar with DeFi and its services are “more comfortable in becoming completely bankless.” Around 54 percent of the respondents who stated that they could cut banks completely were familiar with DeFi, versus 37 percent who were “impartial,” to centralized finance

The survey also shed light on the gender disparity in the DeFi community. Among the 619 respondents who heard of decentralized finance, only 9 percent of them were women. In terms of age disparity, 68 percent of the DeFi-aware respondents were millennials i.e. between 20 – 39 years, while Gen-Z i.e. below 16 years were below 1 percent.

Despite their low DeFi literacy, CoinGecko estimated this young crowd to play a big part in the ecosystem going forward,

“Gen-Z is expected to be an important demographic for DeFi in the coming years as they are tech-native and are expected to embrace Fintech solutions.”

Could Bitcoin’s privacy upgrades wipe out competition from Monero, Zcash?