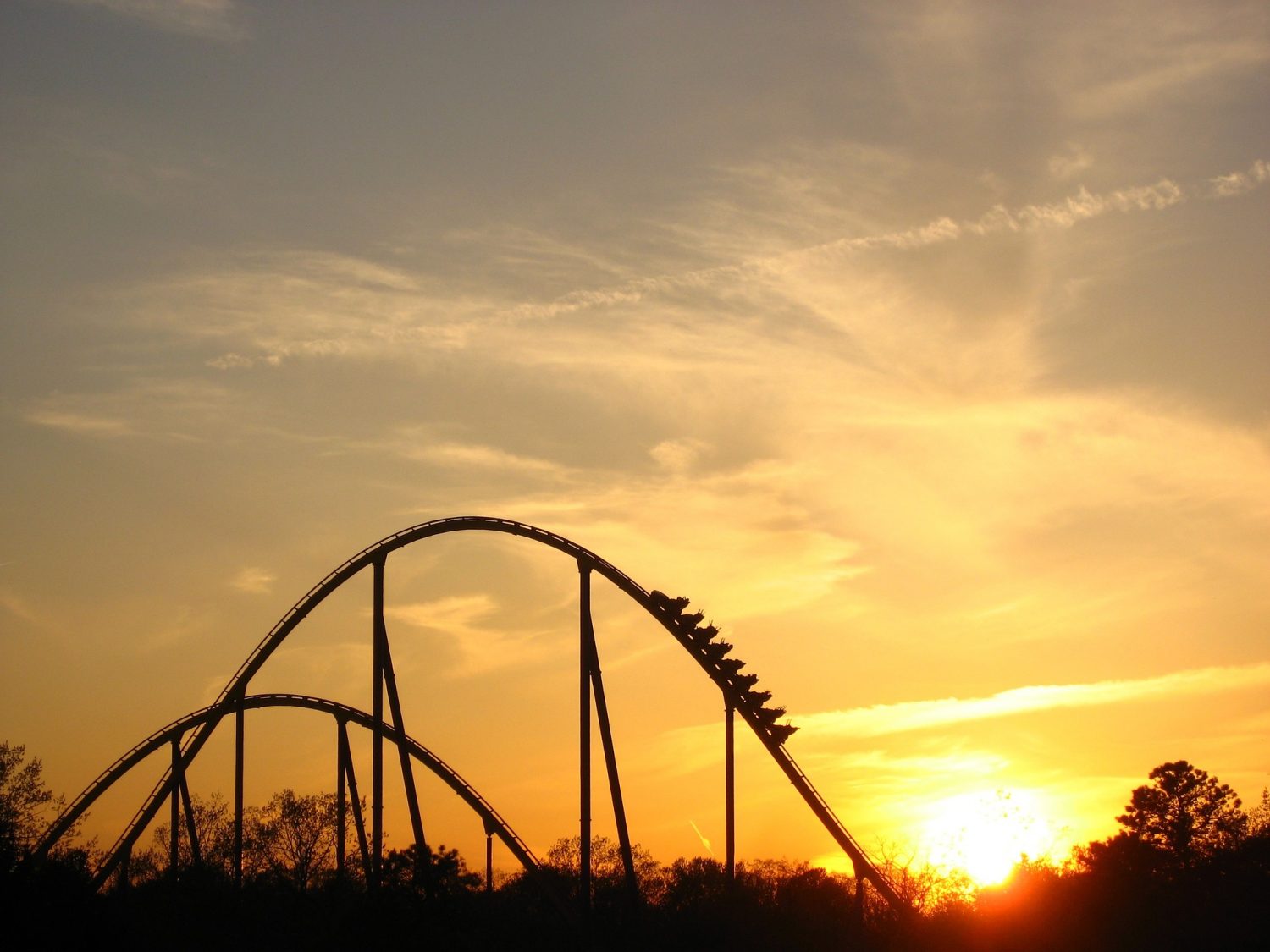 Litecoin, Synthetix, and Dash were trading above or at historically significant levels, at the time of writing. In fact, Litecoin was showing vigor in the market as it resumed its recovery from its lows near $40. Further, DASH had an eye on its immediate resistance on the charts while Synthetix looked likely to continue its impressive price performance. 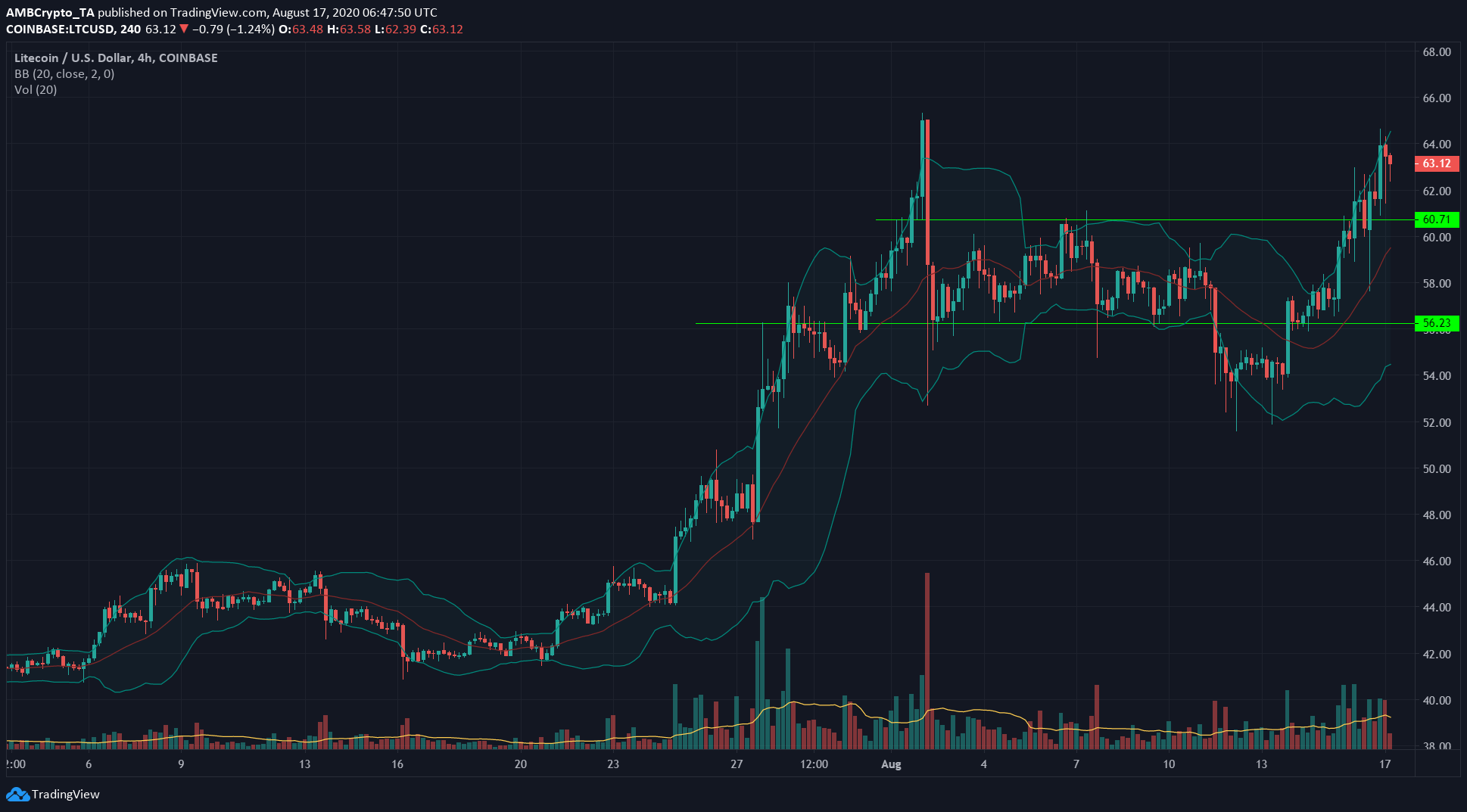 Litecoin was ranked 7th on CoinMarketCap’s charts with a market capitalization of over $4.1 billion, at press time. In fact, Litecoin’s price movement was aping the findings of a recent analysis which suggested that LTC will remain in the buying territory.

The Bollinger Bands were expanding on the charts as LTC reclaimed its support levels at $56 and $60 with conviction. The divergence of these bands pointed to increasing price volatility in the near-term. At press time, LTC was trading near the upper bands of the Bollinger bands, suggesting that the asset could be oversold.

Resistance levels of both $56 and $60 had flipped to support on a move with greater than average volumes, indicating that it is unlikely to lose the support level in the short-term.

The $56 – $60 region has served as support and resistance multiple times over the past couple of years. Litecoin flipping them to its support level is significant, for both the short and the long-term. 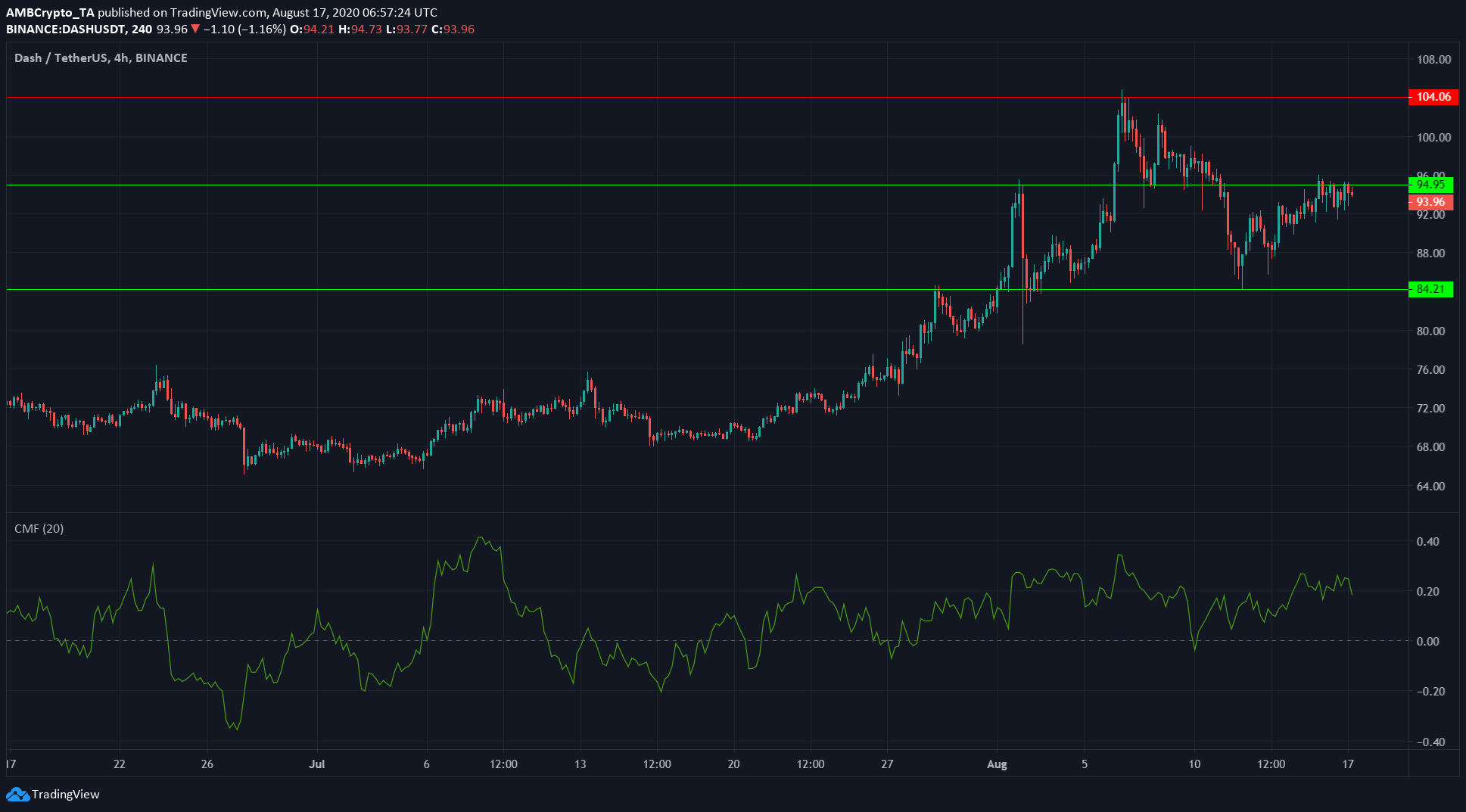 DASH was trading on the cusp of its resistance at $94. The levels at $84, $94, and $104 have been important all year, a fact that highlights these levels’ importance.

The Chaikin Money Flow showed money flowing into the market and could propel the flippening of the resistance near $94 into support in the near term. Failure to breach the resistance and hold would likely cause DASH to retest its $84 support.

The 24th ranked cryptocurrency looked good for a move north, towards its next resistance. At the time of writing, it had a market cap of $930 million, according to CoinMarketCap. 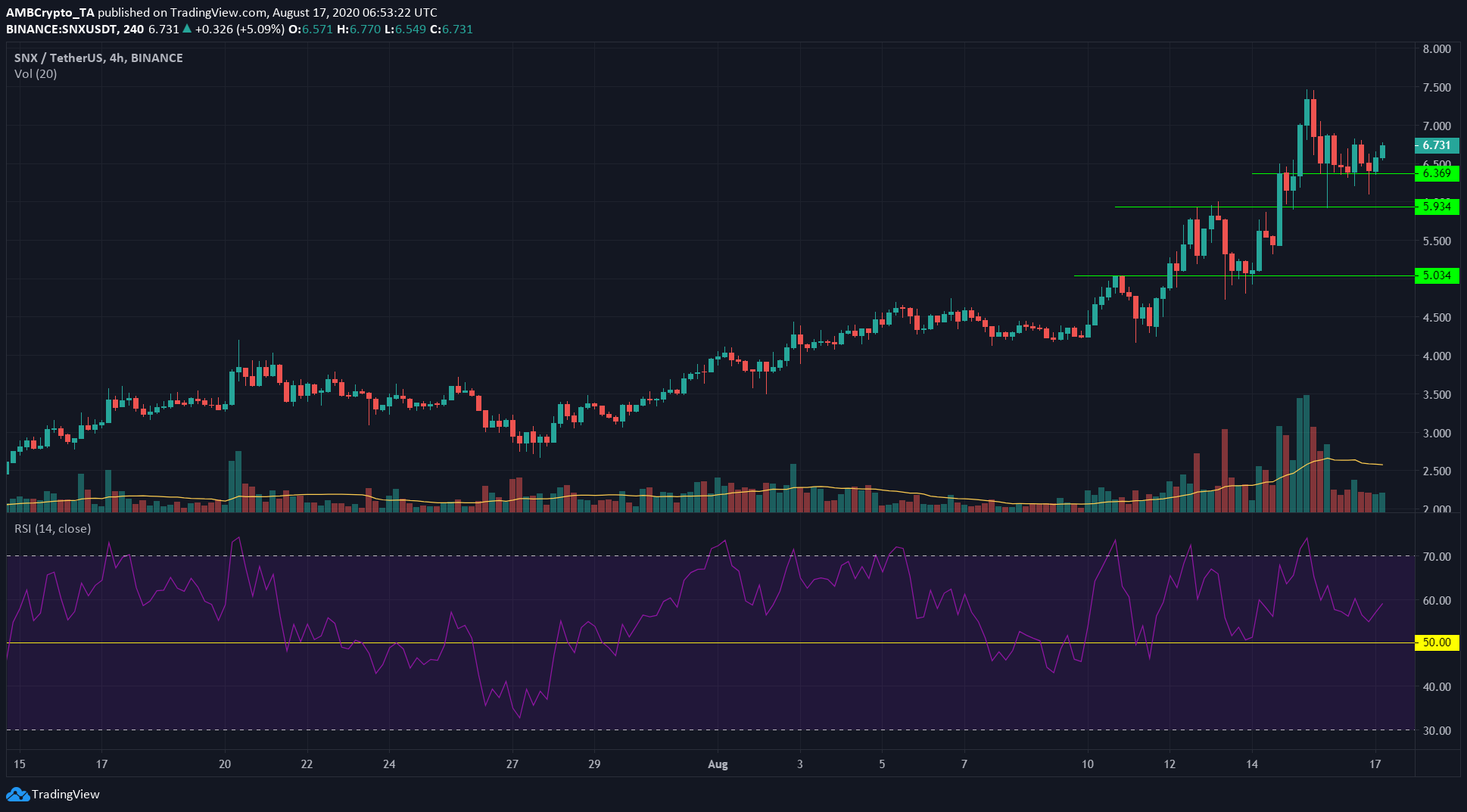 Synthetix was ranked 36th with a market cap of $636 million, at the time of writing. In recent news, DappReview revealed that Synthetix’s Ethereum DeFi protocol was one of the most important, alongside Compound and Aave.

SNX has been pulling off the textbook break-and-retest for the past few days. Its resistances at $5, $5.9, and $6.35 have successfully been retested, with SNX trading at $6.73, at press time.

The RSI values did not go below 50, indicating an uptrend on the charts. It showed a value of 60, a figure that represented bullishness. However, the past few days did see below-average trading volume in the market, probably because weekends generally see lower volumes.

A break past $7 looked likely for SNX. In case it ddoes not transpire, the levels noted can be expected to act as support.

Ethereum Options activity suggests nothing else can be trusted