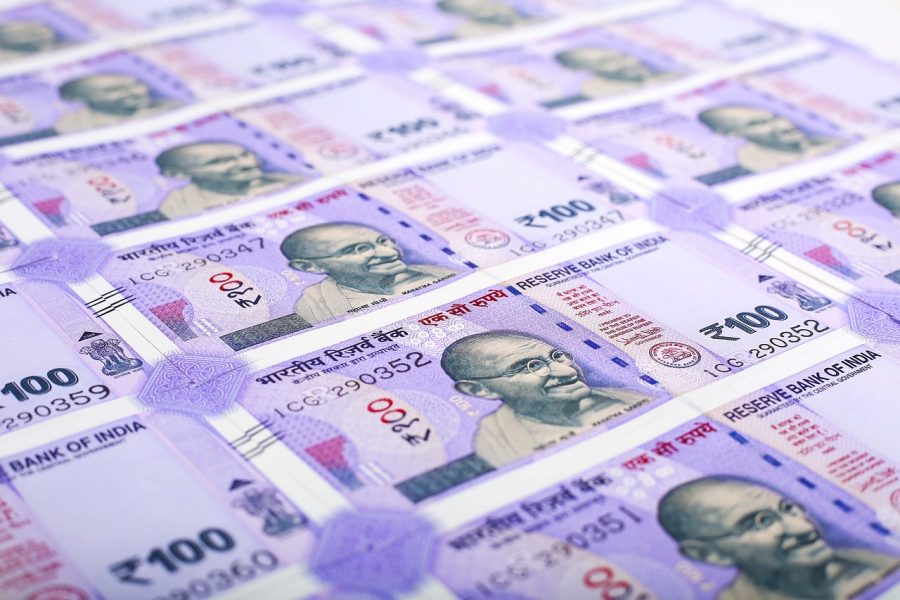 Indian economy is going through a rough phase and the unemployment rate is at 45-year high while its yearly growth rate is taking a back seat. From being one of the fastest-growing economies in the world to the present situation where economists are concerned if immediate measures are not put in place, India might see a massive economic meltdown.

Unemployment has been one of the biggest concerns for the Indian youths lately and that dilemma becomes even more grave given more than 50% of Indian population fall under the age of 25, while the percentage of population under 35 rises to 62%. Having such a high percentage of the population under the age of 25 should be an advantage for any country but only if they have jobs and they are contributing to the country’s economy.

The following graph shows the rising unemployment in the country and why it should be alarming for policymakers.

Global power is seeing a gradual shift from the West towards East especially Asia and if India does not strategize their policies with long-term goals it might miss another economic revolution.

Financial experts and governments around the globe were quite skeptical of cryptocurrency and its role in the financial world at the start, however, that has changed drastically in recent years as regulators have realized it’s impossible to ban a network which is decentralized.

Countries like the US, China, and S.Korea had regressive regulatory policies towards crypto earlier; however, looking at the increasing popularity and acceptance of cryptocurrencies they have realized that regulating it is much easier than completely banning it.

Countries which looked beyond the skepticism and invested in the” dot com” boom in early 2000 saw a new stream of revenue and job opportunities.  India was not one of those countries as the economy was just an infant compared to the west and did not have the resources to harness the evolving tech. However, things are quite different now and India is well-positioned to be a part of the next revolution with plenty of human resources at hand.

Indian economy is in dire need of revival, and regulating crypto itself can lead to an addition of $12.9 billion worth of revenue. This is just a rough estimate from direct revenue generated by firms, exchanges, and individuals if crypto was legalized. However, this is just the tip of the iceberg, as regulating would not just provide thousands of direct job but many miscellaneous jobs that come along with it.

CREBACO, a blockchain, and crypto-focused analysts firm in their research detailed how regulating crypto can lead to direct job creation for professional crypto traders, expert blockchain coders along with many miscellaneous job opportunities that would arise due to the opening of new exchanges and crypto-oriented service providers.

Note: The above numbers do not count if blockchain projects are outsourced to India, in that case, the figures would increase several-fold.

Siddharth Sogani, the CEO of CREBACO told AMBcrypto that given the interest and awareness towards blockchain and crypto, there will be a certain boom in fintech jobs. He explained,

“The economy is in a recession.. looking at the gold prices, the patterns are similar to the recession which happened in 2008. I think this could be one of the last few recessions as decentralization will take over and long term inflation by banking and financial institutions will not be possible. Let bitcoin evolve a bit more.”

Nischal Shetty, CEO of WazirX and one of the biggest advocates of positive crypto regulation, listed several advantages to regulating crypto from an economic perspective:

Shetty went on to emphasize the importance of regulation in India and its impact on a global level, he said,

“We’re a technology-focused nation and technology is one of the largest job creators as well as exporters in India. Technology brings in a lot of foreign exchange as well. Crypto is the next frontier of technology and if India was to ban it then what signal are we sending to the world?

That we do not fully understand cutting edge technology. Such a signal will play out negatively as it will be clear that India cannot produce any Crypto talent after that. Fewer jobs will come to India in technology and as a result, we’ll lose out on foreign capital investments.

The ripple effect of a crypto ban will be felt across the technological growth of India. In the long run, India will lose massive brains to other countries such as the US, UK, EU etc which support Crypto and encourage entrepreneurs there.”

Indian IT sector can benefit the most from positive regulations

India is the among the topmost global sourcing destination for IT companies and has provided both on- and off-shore services to global clients. However, despite being such a significant force, the major focus has always been on providing services rather than being a leader. Blockchain and cryptocurrencies can very well pave the path for Indian engineers and entrepreneurs to lead the global circuit.

Matic labs one of the biggest success story originating from India in the decentralized world is taking big strides and shining example of India’s potential. AMBCrypto got in touch with the co-founder and COO of Matic Network Mr. Sandeep Nailwal to understand his views on how blockchain and crypto can put India in the driving seat. Mr. Nailwal told AMBcrypto,

“The concerns and cautious approach of the government are understandable given the slew of scams that arose in the last couple of years. However, this caution should not hamper them from seeing the larger picture and importance of the emerging technology which most of the countries are betting big on.”

Matic lab was founded back in 2017 as a second layer blockchain scalable solution and went on to raise the total hard cap of $5m. At the moment Matic lab has a total circulating supply cap of $30.5 million and a fully diluted market cap of $138 million.

India as a country is on another technological adoption crossroad, being seen as the IT capital, it cannot afford to miss out on the crypto and blockchain wave especially when major superpowers like China and USA have come around from their early skepticism to realize that cryptocurrencies cannot be banned completely.

XRP community divided over price: Why the so-called fork may NOT be a viable solution