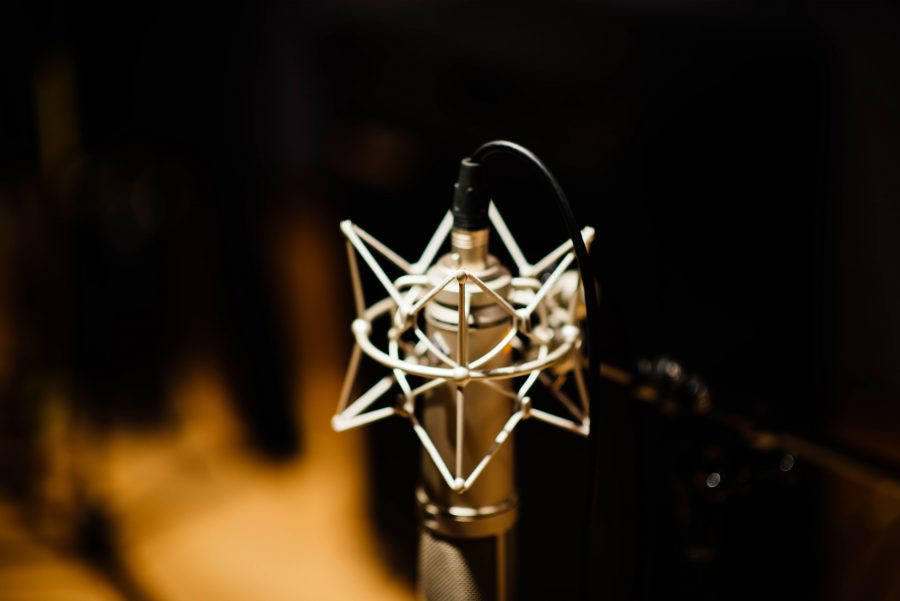 It’s all about the Futures.

As Bitcoin is hanging on to $7,200, following a disastrous past 24-hours, the Futures market is celebrating. With the significant drop in the price of the king coin, the increased volatility has spurred the derivatives market, and institutional investors are not holding back.

Seen as the harbinger of the December 2017 bull-run, the Chicago Mercantile Exchange [CME] saw their Bitcoin Futures volume soar, following the November 22 price crash. Over 11,500 contracts were traded, with each contract representing 5 BTCs, resulting in the volume soaring past $400 million for the first time in over a month.

The cash-settled Bitcoin Futures have been slumping over the past few weeks, with the highest volume since the beginning of the month being 6,300 contracts a day prior to the recent increase. To provide a marker, the average CME Bitcoin Futures from a YTD perspective, as revealed by the exchange’s Managing Director, Tim Court in August, was 7,237 contracts per day.

As can be seen from the above chart, the daily volume for over a month has been consistently well below the average. Two peaks seen in the chart were recorded on October 23 and October 25 respectively, both as a result of Xi Jinping’s comments about blockchain being advanced as a ‘core technology,’ in China.

Ever since Bitcoin saw that 40 percent daily gain in price on October 25, the market has been primed for a pull-back, and every indication of the same saw institutional investors shorting. Take November 8 for instance, as Bitcoin dropped from $9,300 to $8,600, in what was the first ‘reality-check,’ following the October burst, volumes on CME soared to 5,800 contracts. Meager yes, but 2,000 contracts more than the day before and after, and the highest till November 21.

Another important observation that can be made from this relatively-massive increase in CME Bitcoin Futures volume is the like-for-like move in Bakkt volume. On the same date, Bakkt broke its ATH seeing $20.3 million in volume. The figure pales in comparison to the CME volume, however, it should be noted that the ICE platform offers physically delivered Bitcoin Futures, while the Chicago exchange’s cash settled. 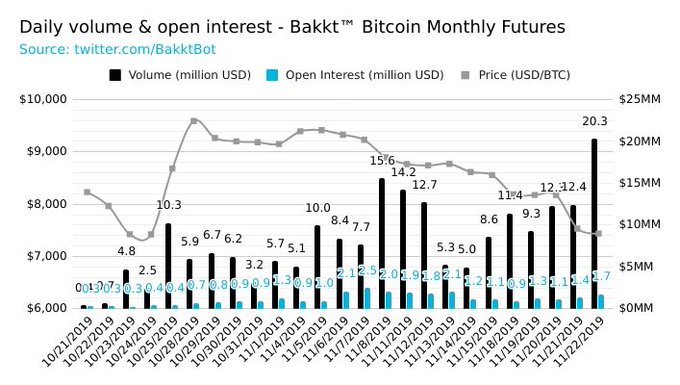 The commensurate rise of both physically-delivered and cash-settled contracts, which previously have moved in opposite directions points to institutional investors responding more to hedging volatility rather than paying heed to the nature of the contracts. The recent drop in Bitcoin price, which was expected by the institutional world triggered a massive selling-spree, presumably the same bunch that was purchased during the October 25 pump.

Other crypto-derivatives exchanges are also seeing a massive increase in their volumes. CoinGecko, a cryptocurrency data aggregator noted, in the thick of the BTC price drop, that cryptocurrency derivatives volume have crossed $20 million. Topping the list was OKEx Futures, followed by BitMEX and Huobi Derivatives Market.

Bitcoin takes a beating; primed for a drop below $7,000

XRP’s breach of descending channel could drive price up