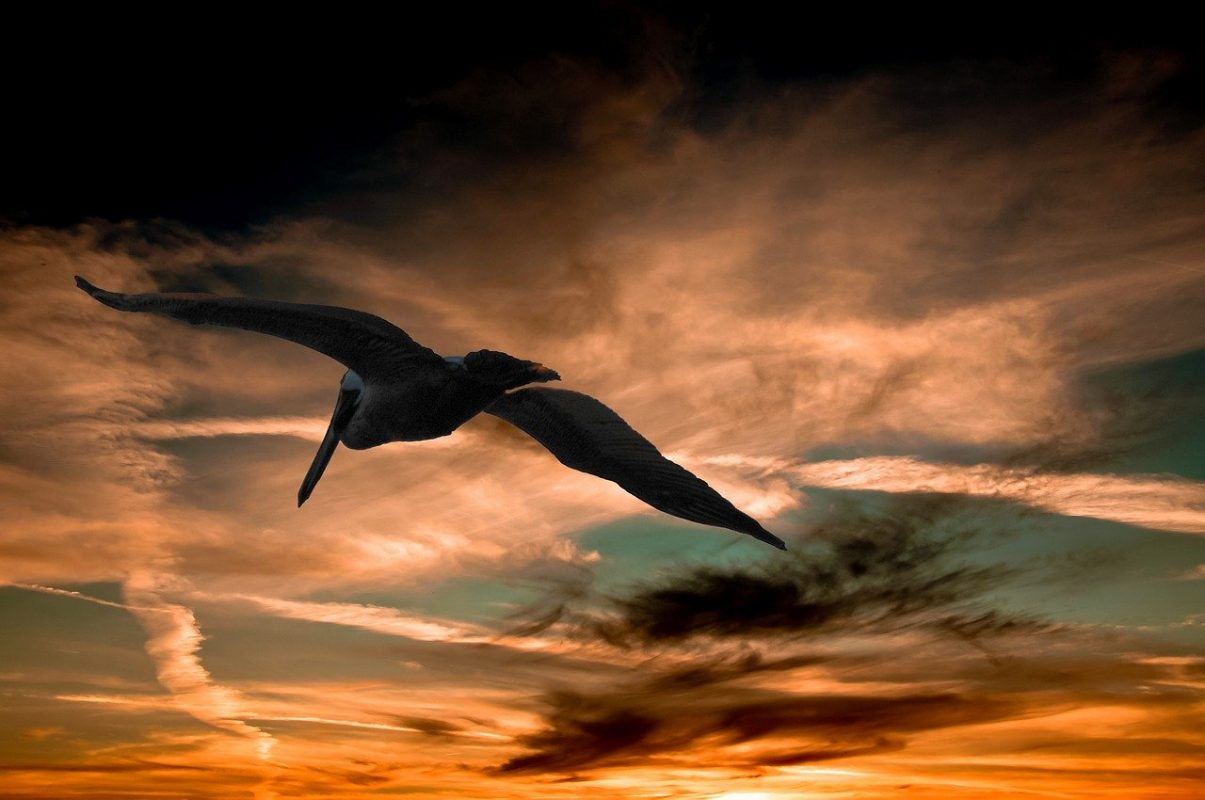 Some important levels to watch out for were highlighted for Chainlink, as it sought to rise above resistance at $12.5.  Monero showed that neither the bears nor bulls dominated its market. This balance between buyers and sellers could slowly tip toward the buyer side, as the sell pressure of the past few days wanes and fear in the market subsides. Tron was witnessing a surge at the time of writing and could target resistance levels above it as buyer interest spiked. 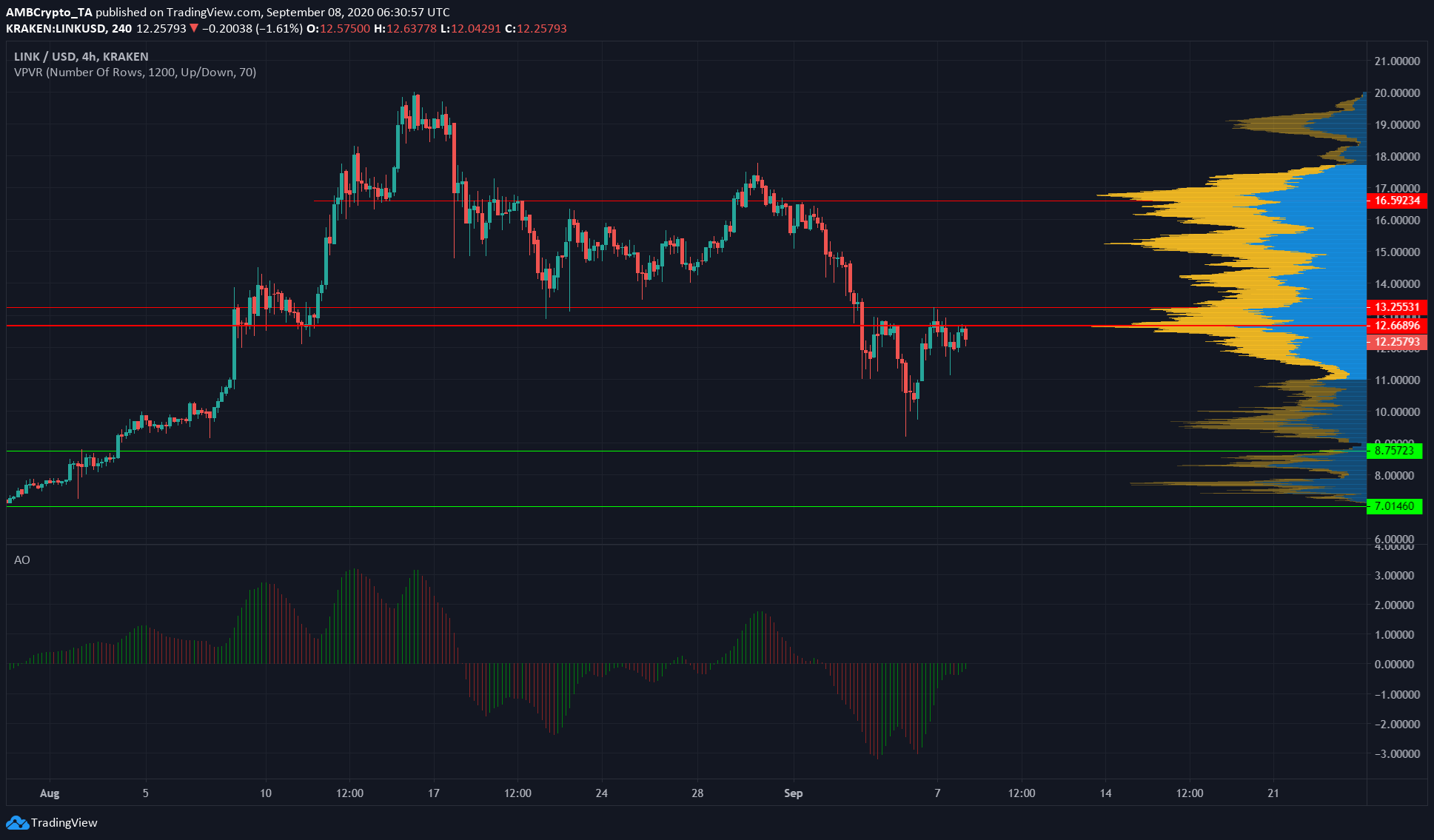 Highlighted by VPVR, the Point of Control lay at $12.66. LINK was trading at $12.25 at press time. Also shown by VPVR are important levels to watch out for, where LINK has traded extensively at. 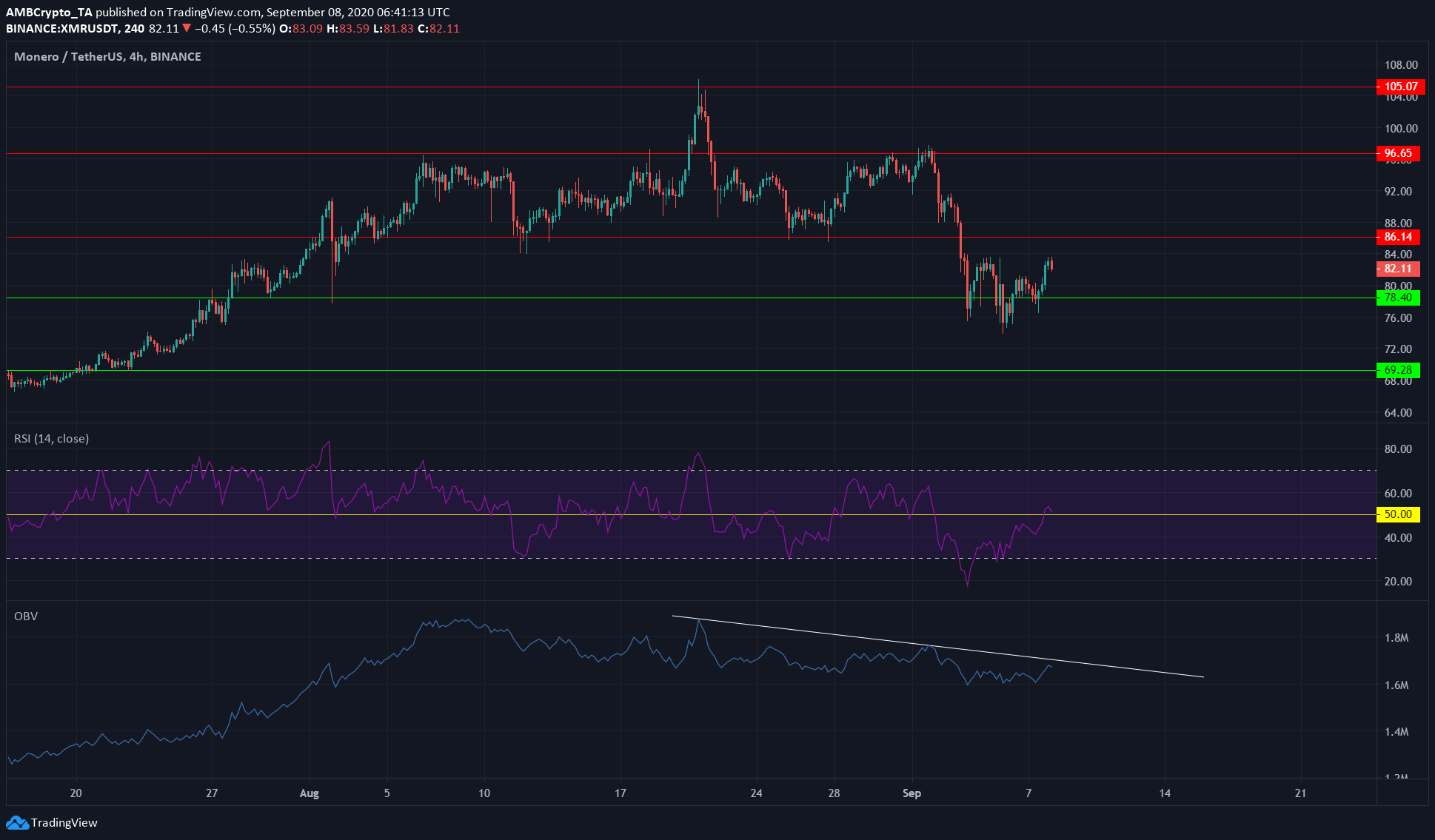 RSI showed a value of 51 for XMR, showing neutrality. The market conditions of recent days have made neutrality look bullish, as it signals an end to the intense selling pressure.

On Balance Volume was slowly starting to pick up. Sustained buyer interest would be confirmed if OBV rose above the white trendline and stayed above.

XMR had successfully defended support level $78.4, and its next level of resistance was at $86 region. XMR is likely to trade between these two levels in the coming days. 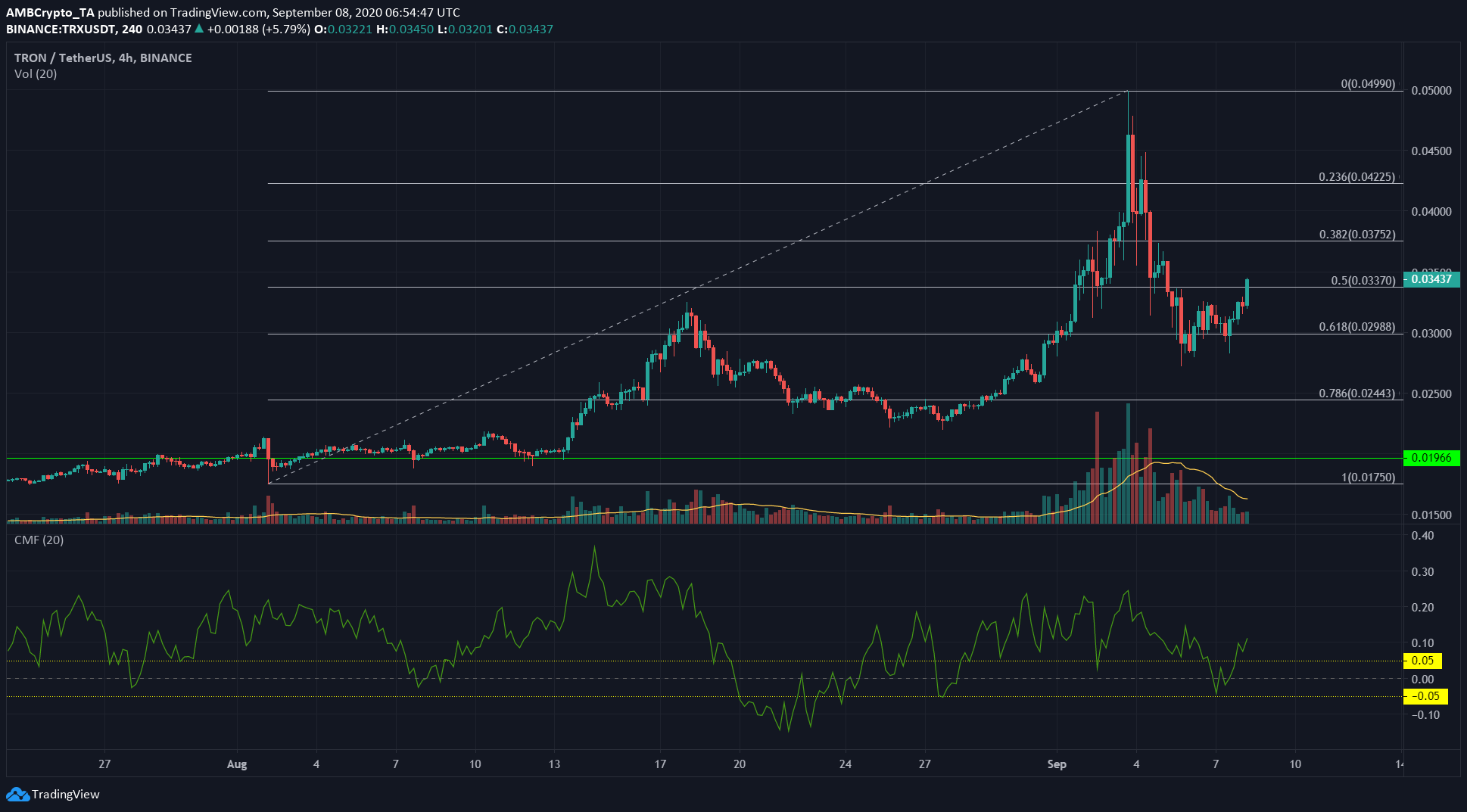 TRX could have begun moving down the road to recovery. Fibonacci Retracement tool showed some important levels to watch out for. TRX zoomed past the 50% level and was trading at $0.034 at press time.

The next level of resistance for the asset was $0.037.

Chaikin Money Flow showed buyer interest was on the rise, as CMF showed a positive value. The demand for TRX was driven in part by Sun Genesis Mining and could play an important role in the next TRX surge if it happens.

Bitcoin’s recovery may be harder than you think