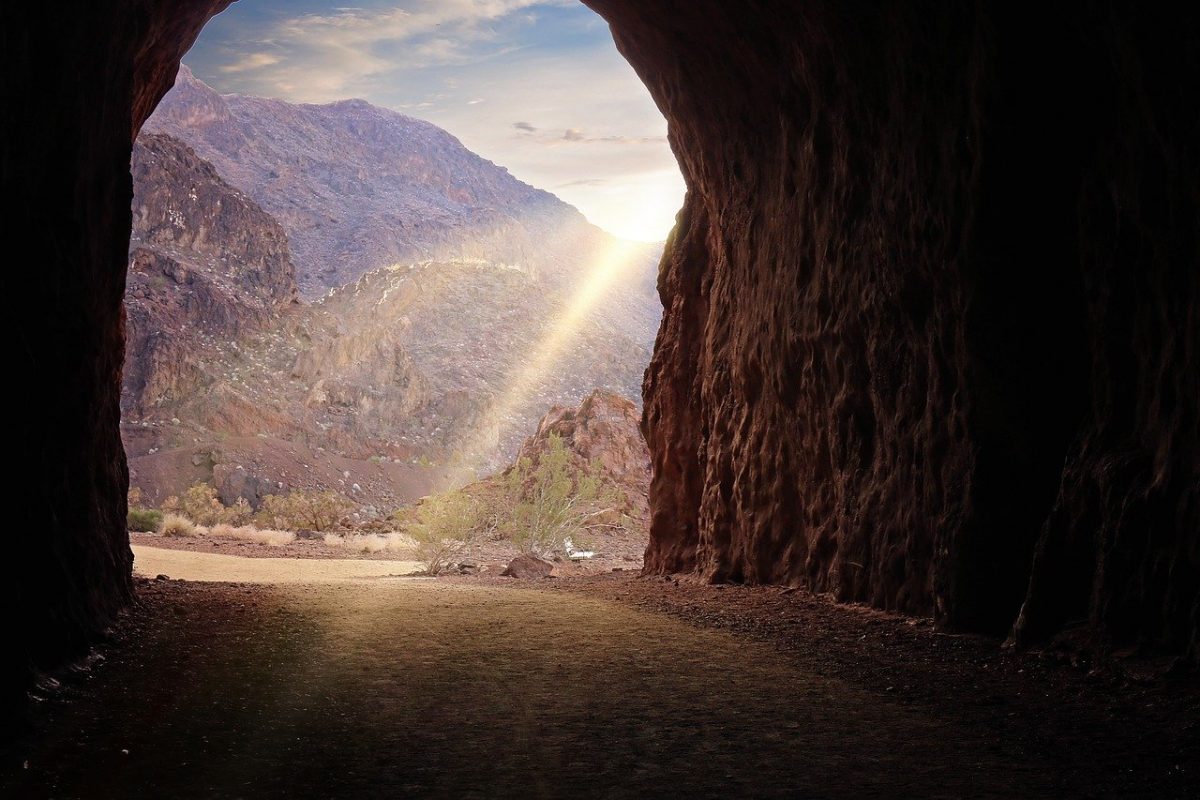 Decred, Binance Coin and Monero were trading near important levels of support. Recovery from the recent drop can take weeks and will be signaled when the assets reclaim levels of resistance they so recently had counted as support. 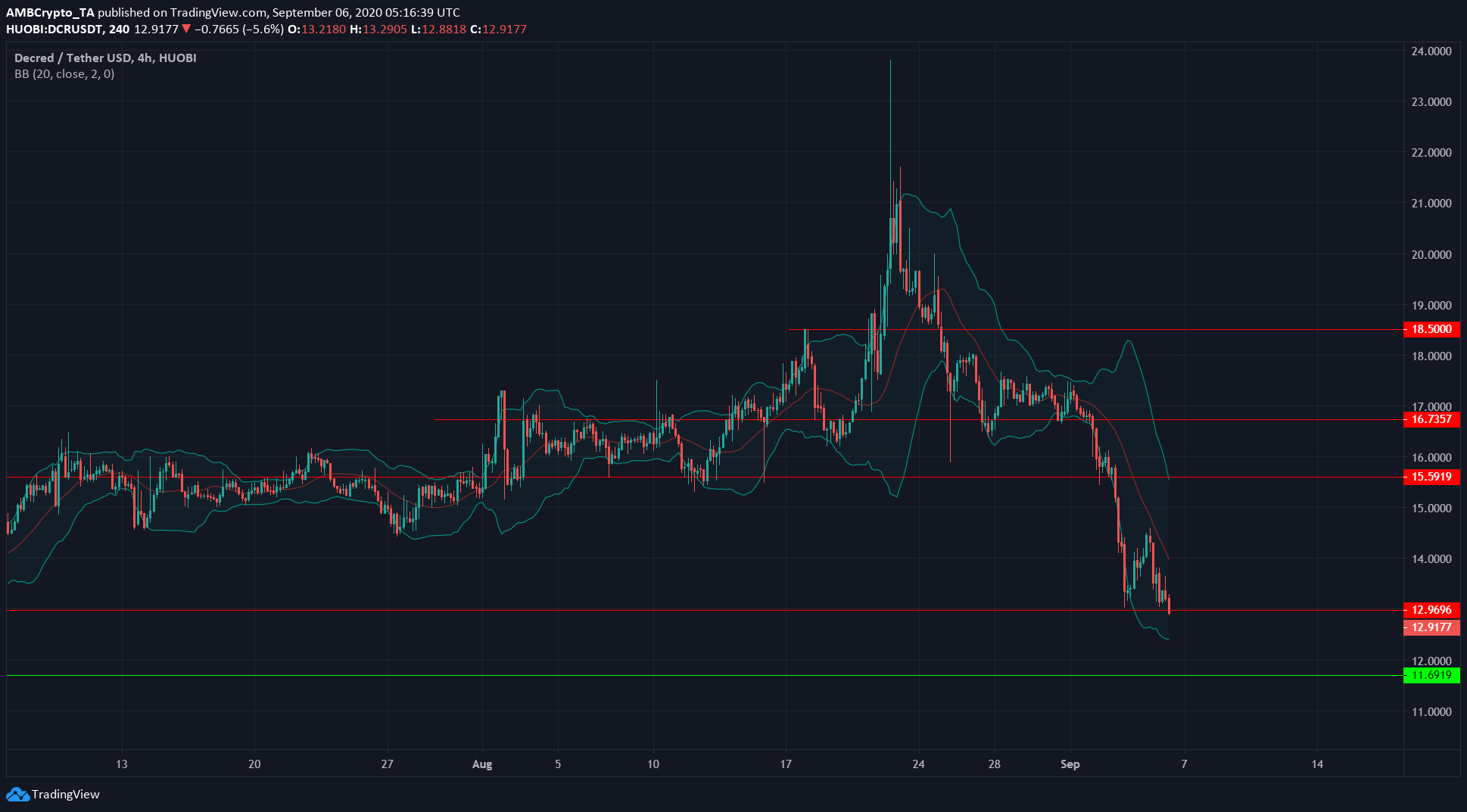 Bollinger bands’ mouth was wide, which is to be expected after a rapid move. DCR price was also trading toward the lower band at press time and could lose support at $13 zone if price closes beneath.

DCR moved consistently toward the lower Bollinger band, showing significant sell pressure. The next level of support for the coin was at $11.7 region.

Even a move above the 20 period moving average by DCR should be treated as a short-term bounce. 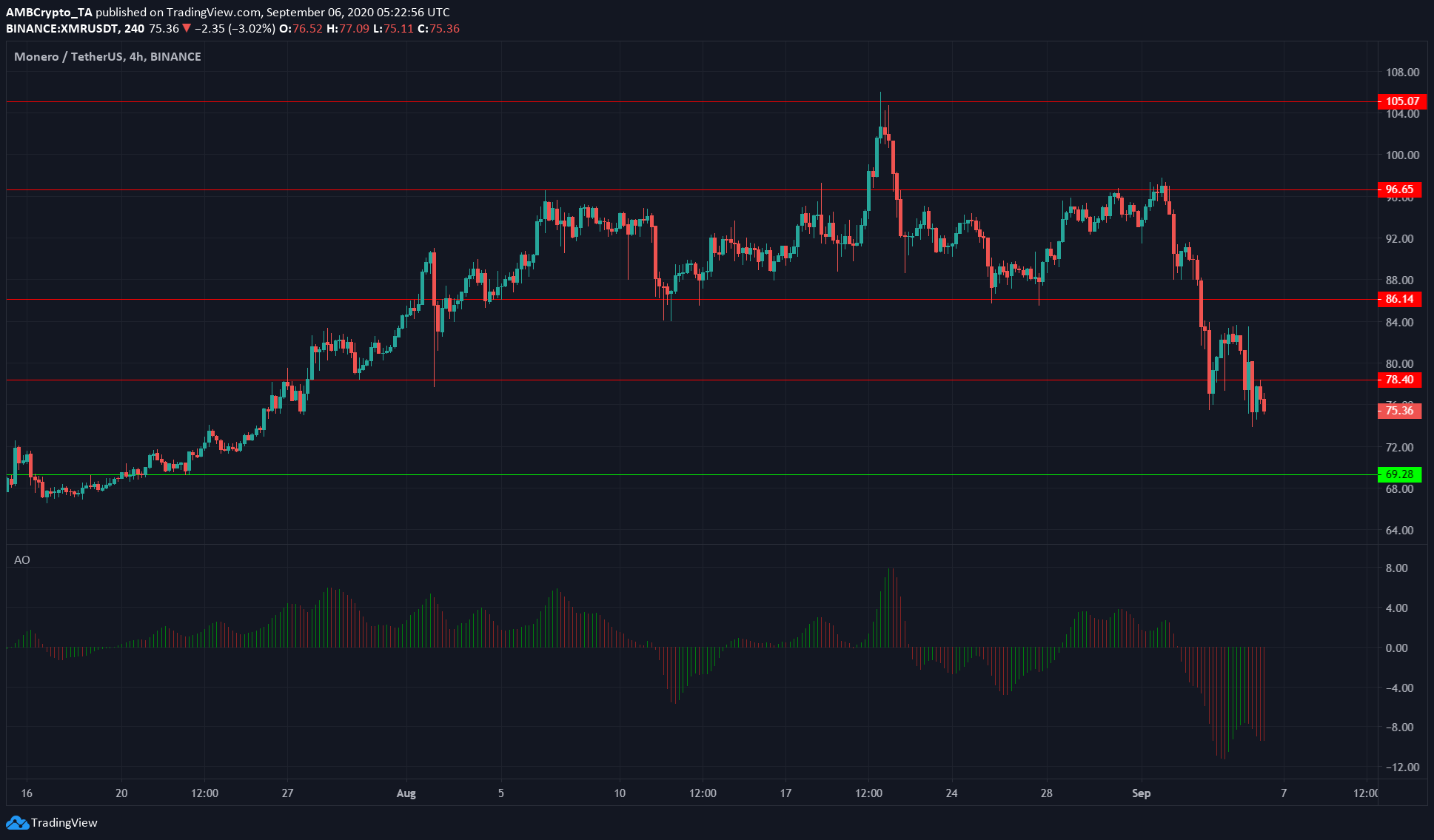 Monero was trading beneath resistance at $78.4. Awesome Oscillator showed that momentum remained strongly in bearish territory.

The same rule of thumb applied for Monero, as for any of the dozens of other assets that lost a good amount of value in the past few days. Unless the asset reclaims recent losses, any move upward should be viewed as a bounce, and not necessarily a reversal of a downtrend.

Monero held rank 18 on CoinMarketCap, with a marketcap of $1.36 billion. 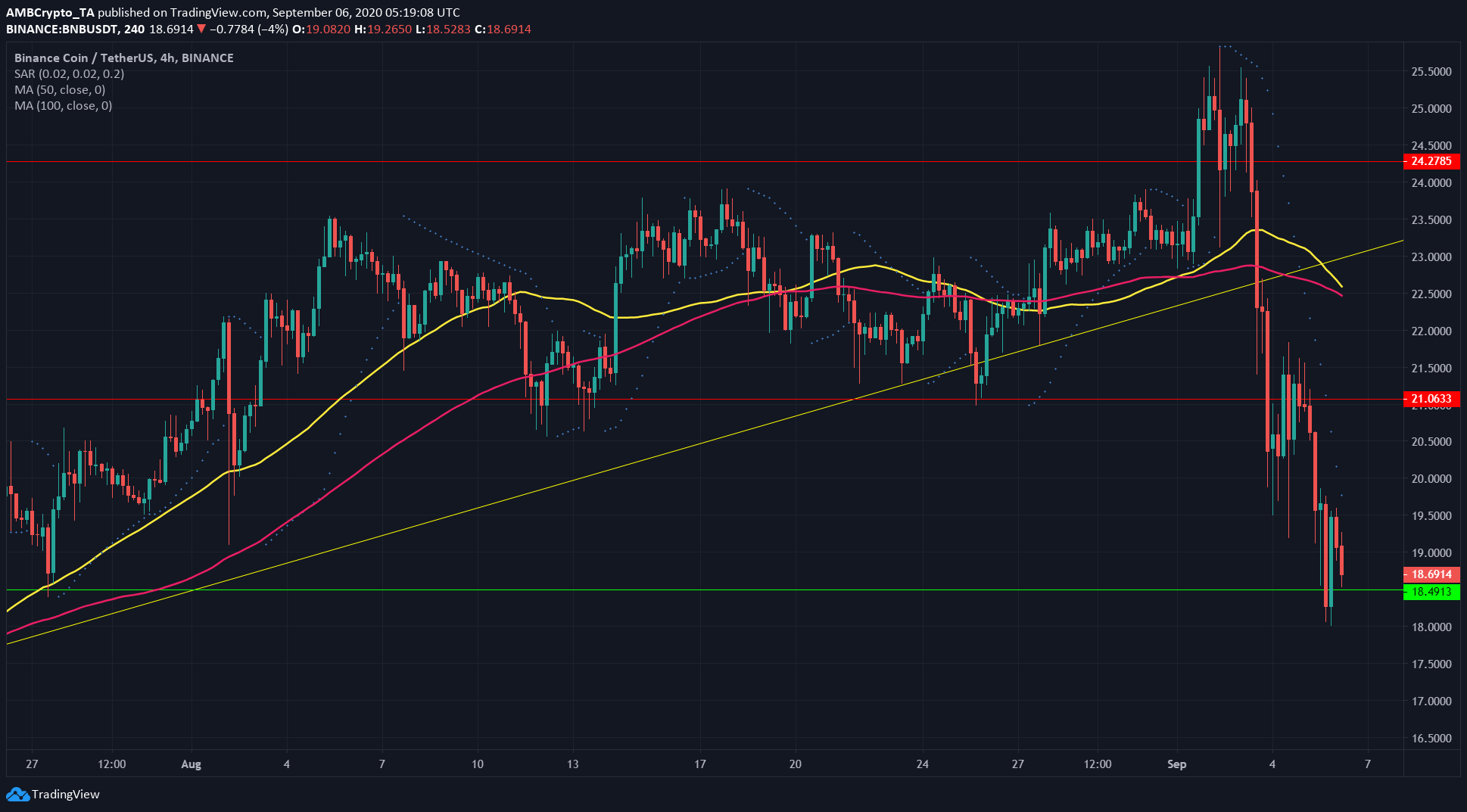 Binance Coin briefly surged above $25, but it could not hold on to the level.

Parabolic SAR showed a sell signal from $25.5, all the way to $18.69, where BNB was trading at during press time. $18.5 level could serve as a support, as evidenced in the past few sessions. Yet, the market is still dominated by fear and selling pressure, and BNB can be expected to drop further downward in the coming hours.

50 SMA (yellow) could cross beneath 100 EMA (pink). This crossover would highlight the obvious bearishness present in the market. More importantly, these moving averages could act as resistance when BNB embarks on an upward move.

A recent TokenInsight report showed that Binance’s exchange token, BNB, could be undervalued.