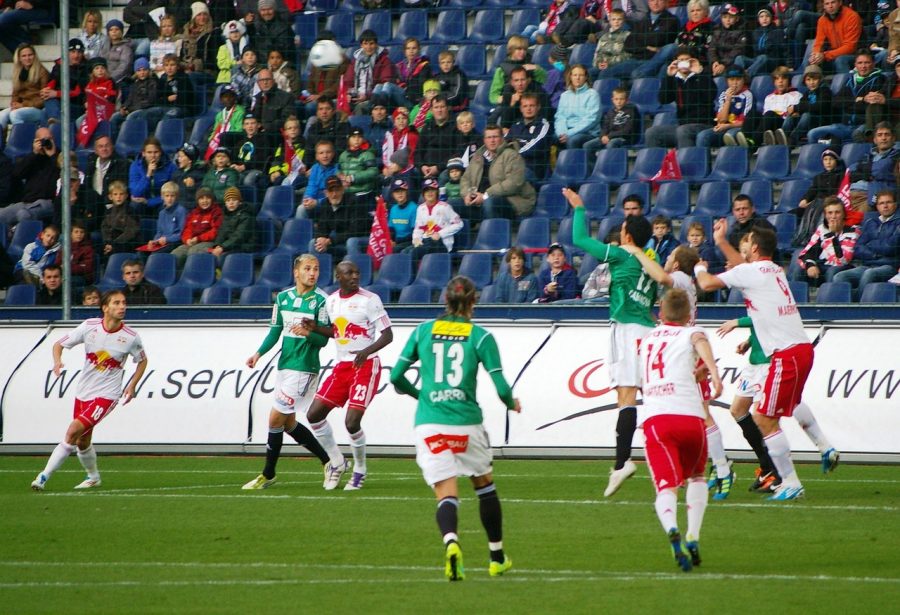 “Some people think football is a matter of life and death. I don’t like that attitude. I can assure them it is much more serious than that.” -Bill Shankly

With rising demand for sports entertainment, the game has opened up opportunities all-around the globe. From sponsorships to media rights obligations, the space of entrepreneurship keeps booming, as fans around the world try to get their hands on more content and merchandise.

Rise of Football and Cryptocurrency partnerships

It is fair to say, the recent rise in partnerships between football teams and cryptocurrency assets is just another page in the growing industry of sports entertainment. Major assets such as Bitcoin and Ethereum are no longer considered ‘magic internet money’ and important teams around the globe are taking notice of the potential in blockchain and crypto. The benefits are largely mutual as well.

The revenue generated by the European Soccer market alone was above 28.4 billion euros last year. According to data, there are approximately 3.5 billion fans across the world, and the introduction of blockchain and crypto to such a large fan base would be lucrative for any growing venture in the industry.

Brand recognition and market trust are imperative for any business development and football brings in substantial recognition to the public, through media and television rights. Likewise, clubs would be able to utilize digital asset platforms to facilitate purchases for exclusive merchandise for fans around the globe, using different forms of fiat currencies.

Liam Hunt, Market Analyst at SophisticatedInvestor.com detailed on the conversation and told AMBCrypto,

“For a football club to incorporate cryptocurrency payment processing would allow international fans to support their favorite club without having to bear the cost of an exchange rate or pay transaction fees, surcharges, or government-imposed levies. Cryptocurrencies also provide stronger security and anonymity for international buyers.”

The wheels were already in motion for some of the platforms like eToro, a crypto trading platform which signed a sponsorship deal with seven English Premier League teams, which included the likes of Tottenham Hotspur and Leicester City.

We are pleased to announce the @Bitcoin logo (₿) will appear on our shirt sleeve this season, as part of an educational drive led by the sports betting brand @Sportsbetio.

Find out more about the landmark deal ⤵️

Another premier league team, Watford even branded Bitcoin’s logo on their jersey for the current season.

Recently, one of the biggest collaboration was landed by Alexandre Dreyfus’s blockchain-based Chiliz platform, after they announced their alliance with FC Barcelona. The agreement attracted attention from major crypto proponents as well, highlighting its potential for the future of crypto-ecospace. Changpeng Zhao, CEO of Binance, responded,

What about footballers? How can such collaboration help them financially?

An annual salary of $70,000 in the United States is a respected amount and it is 1.6 times the average wage of U.S citizens. When compared with Neymar’s annual wages, it turns out that it would take the same American 726 years to earn Neymar’s yearly income. It is safe to say, Neymar would not be the right person to ask how the crypto collaboration would help him financially. He simply doesn’t need it!

However, it is important to note that Neymar is one of the most decorated players in the game alongside the likes of Cristiano Ronaldo and Lionel Messi and they are simply paid above everyone else.

In reality, the game is not made of only these footballing greats. There are thousands of athletes who have the same job as Real Madrid’s Eden Hazard, but they survive on meager wages in comparison. FIFPro, a union that represents 65,000 players across the world, indicated that 45 percent of their members earned less than $1000 a month.

Neymar’s own teammate Coln Dagba earns about 3500 euros per week. That is 200 times less than Neymar. Hence, the number of average-paid players definitely outnumber the rich and popular.

A majority of the football players also lead a short career. Most of them enter a professional contract at the age of 20 and play at a higher level until 32-34. While the highly paid ones and fan-favorite individuals proceed to other careers, a majority is unable to sustain a consistent pay-roll after their playing careers are behind them. One popular example is the former England goalkeeper, David James.

David James was no average-player and he incured a fairly lucrative pay during his career. A series of misfortunes involving his personal life and massive debts eventually forced him to sell his assets and priceless memorabilia after he was declared bankrupt.

Mirror reported that James had earned grossly 20 million pounds throughout his playing career but inefficiency with his capital changed his life for the worse even after mustering a successful career.

Here is where the crypto sponsorship may start making sense for the players.

The number of partnerships over the next few years is most likely to increase with more football clubs being exposed to digital asset tie-ups. The idea in the discussion is that organizations that want to establish a partnership with the teams should facilitate and entertain the concept of developing a better understanding of digital assets for the players.

Investing smart is not rocket science. It could be time-consuming but cultivating a necessary interest for digital assets among the athletes is a long-term plan.

Mathew Flamini, a reputed player who played for the likes of AC Milan and Arsenal, is a successful entrepreneur for an organization called GF Biochemicals and the company is estimated to be valued over $20 billion euros.

Such transitions are glorious but not every player is able to see through the commotion and manage their finances the right away. Crypto platforms looking for collaboration can enable a change in that aspect. Although no platform needs to enforce the knowledge on crypto and asset management, the availability or option to access vital market insights should be given to them.

A half-time substitution to introduce crypto?

Although the rich and famous can attempt to follow the path of NBA’s Spencer Dinwiddie who recently contemplated a plan to tokenize his $34.4 million contract, the focus of this article explores ways to incentivize those players who cannot sustain their earnings after their contracts are terminated.

Potential blockchain organizations or crypto platforms aiming for collaboration with football clubs can set up education or informative drives for players, to understand crypto assets and portfolio management.

Guidance can be given on where athletes can allocate 5-10 percent of their monthly wages on certain assets, while also teaching them how to keep track of these coins or tokens when certain bullish or bearish trends surface.

The potential in crypto has already been widely accepted over the past decade and encouraging football athletes to understand its medium can be beneficial for both the ecosystem and individual.

AMBCrypto recently spoke to Sukhi Jutla, Co-founder of MarketOrders, a blockchain-based platform and she identified an alternate pathway as well.

Speaking about crypto and blockchain, she believed getting familiar with the technology and space is no longer difficult and athletes can take advantage of it through social media branding.

She explained that athletes can follow in the footsteps of various influencers and create their own micro-following with a fan base of 10,000 or fewer followers. She added,

“And as long as the crypto has trading activity, the player can always generate an income even after their playing career is over. This would act as a type of royalty payment similar to how authors get paid in the publishing world each time their book is sold or loaned out in the library.”

Will the athletes ever experience a crypto change?

At the moment, none of the blockchain or crypto platforms who have partnered with football teams had any division that facilitates crypto-investment advice to the players.

As for the players, diving into crypto is like taking a freekick; if you miss, you don’t necessarily lose the game but if you manage to curve one in, in the top corner, that one-shot is worth taking the chance.

Bitcoin moving in cohesion with commodity and equity