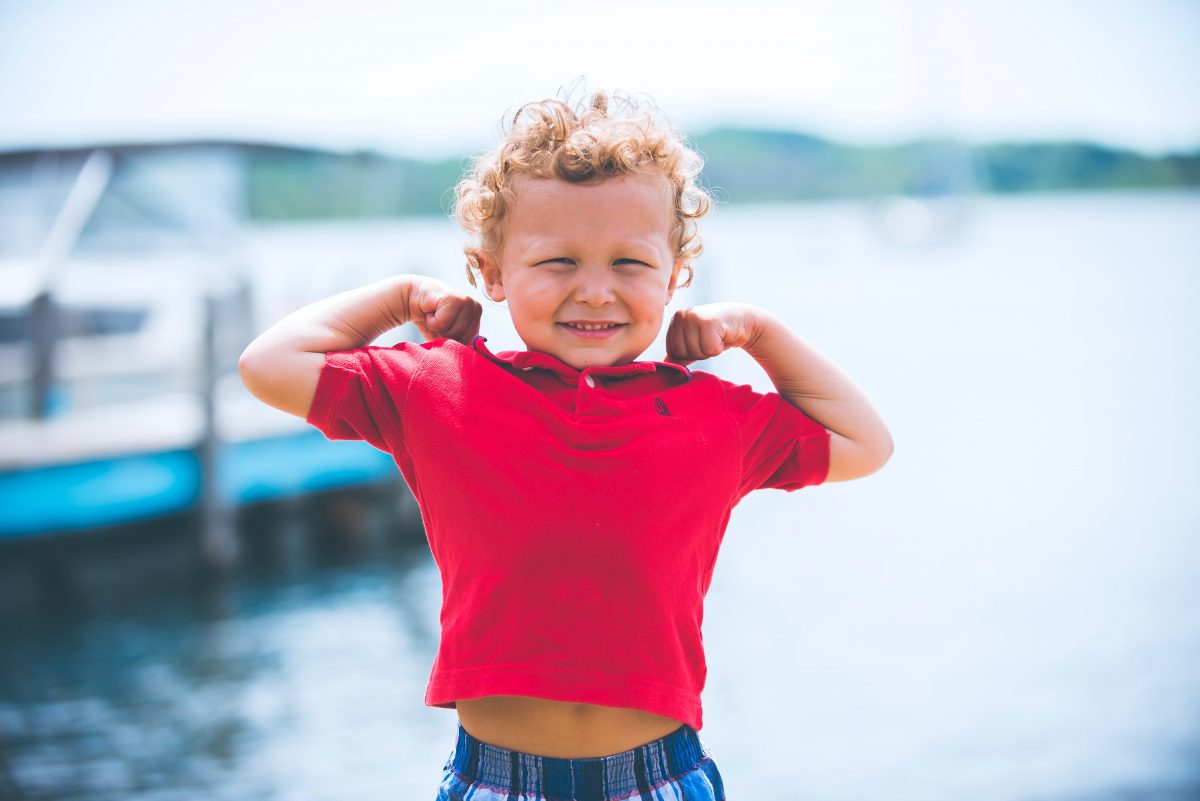 Over the past 24-hours, Bitcoin has added over $1,500 to its price and reaped back all the losses from the ‘Black Thursday’ dump, with the cryptocurrency now trading at a YTD premium of 33 percent. Better still, this was amassed with two weeks to go for the block halving, with more fundamental movement than you think.

Since the events of Black Thursday marked the single worst drop for the cryptocurrency in 7 years, the market movement has been bleak. Exchanges propping up poor liquidity with meager traders, liquidations in the millions being a theme, and Open Interest falling through the roof, it looked like crypto-derivatives, which outweigh their spot equivalent, were seeing a dip in sentiment. 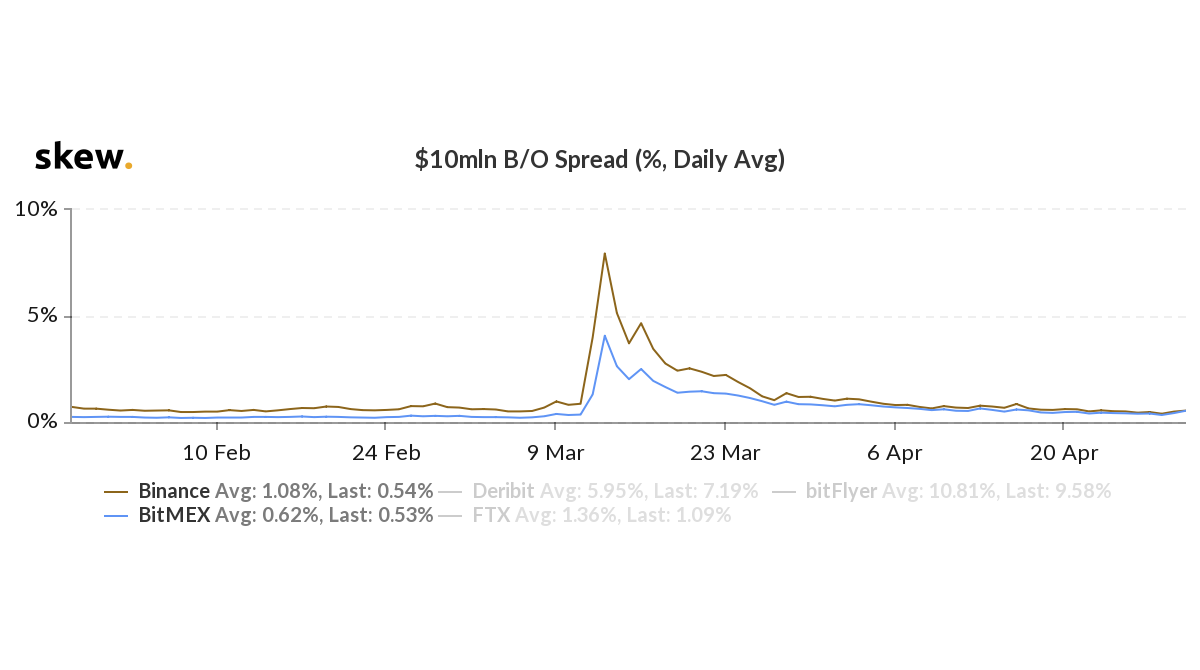 Given the sparse trading and high spreads, it was expected that a pump or a dump in Bitcoin would result in skewed trading, with low traders present. However, the recent Bitcoin pump over $9,000 proved that traders were waiting on the periphery, for a chance to capitalise on the volatility.

In terms of market liquidity, the almost 20 percent pump over the past 24-hours saw spreads hold strong as derivatives exchanges across the board saw high trading and traffic. While the March plummet saw the B/O spreads rise as high as 5 percent for major exchanges like BitMEX, this time around the trading was tight.

Binance, among the top-3 exchanges in terms of daily 24-hour trading volume, saw a mild incline in its spread, increasing from 0.39 percent to 0.52 percent. BitMEX saw a similar 20 basis points incline. To put this in perspective, between 12-13 March, the spreads for Binance and BitMEX rose by 7.1 percent and 3.7 percent, respectively. 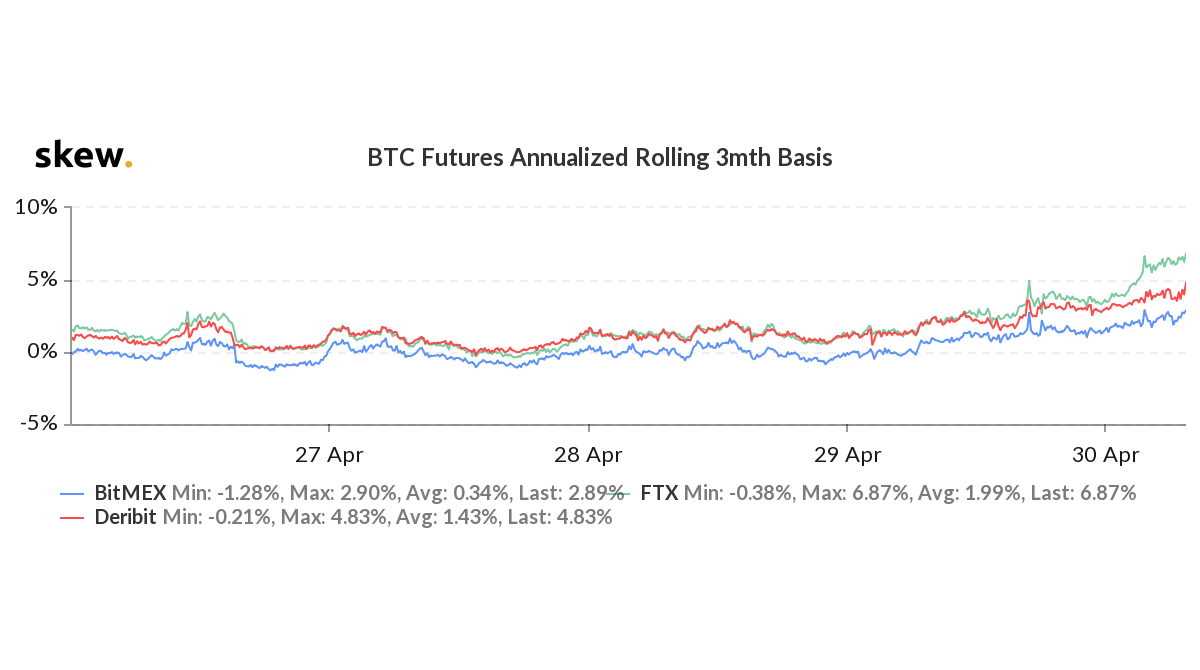 While liquidity stayed level during the pump, the premium on Bitcoin Futures saw a massive rise in monthly and quarterly contracts. OKEx’s 1-month BTC Futures contracts saw its 1-month basis increase from below 0 percent on 27 April, to 4.14 percent, at press time. Kraken’s similar contract saw its basis increase to 10.11 percent, albeit with relatively sparse trading. 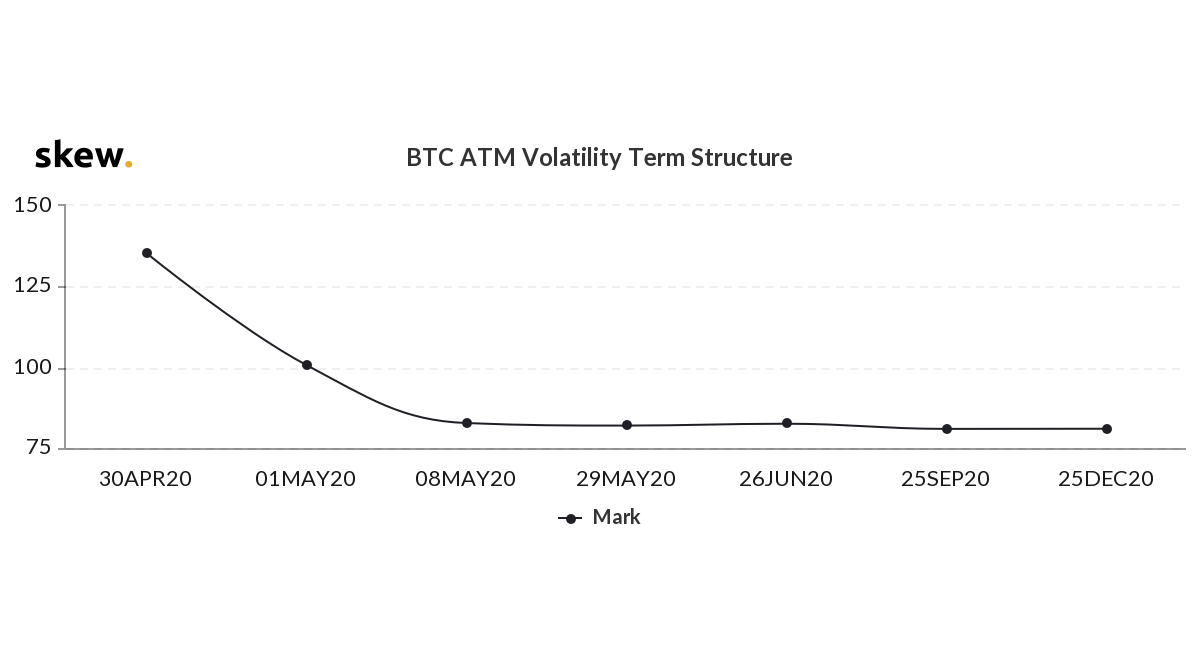 Volatility, which was slated to remain calm till the halving and then gradually increase till the end of June, has seen a reversal. The volatility term structure, estimated by the difference in prices of Bitcoin Options contracts, is now L-shaped, indicative of a drop in volatility from now till 8 May [around the time of the halving], followed by a decline till December 2020.

The most recent pump is sourced well within the market, with organic inflows and outflows, but is poised to shake, not necessarily the price, but the expectation of the market.