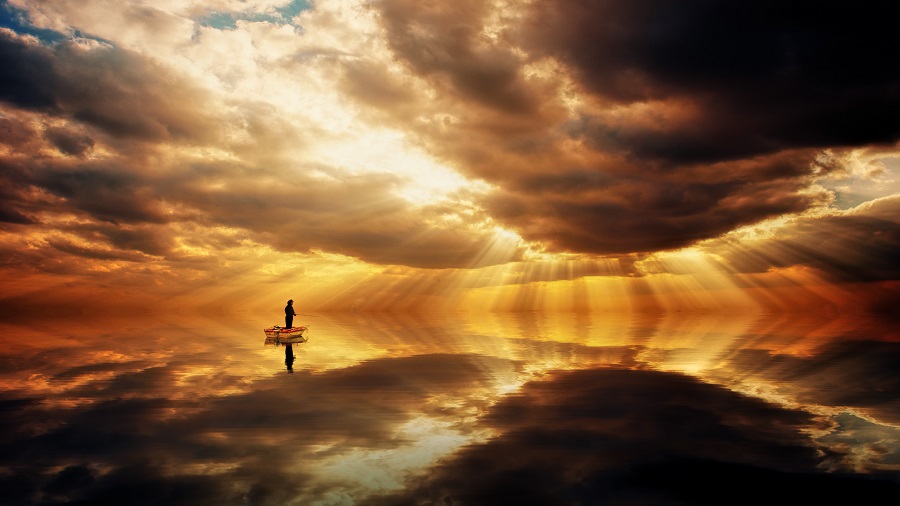 Several articles have been written about how Bitcoin‘s price skyrocketed during the US–Iran tensions and the Coronavirus outbreak, but the coin seems to be following a different pattern lately. The king coin’s price dropped from the highs of around $10,500 to as low as under $9,000. BTC was trading at $8,817.08, at the time of writing.

That said, many reports have suggested that the collapse in the stock market might be correlated with Bitcoin’s price drop. This chart by Ikigai’s Travis Kling shows the correlation building between the stock market’s volatility and Bitcoin’s recent downtrend. 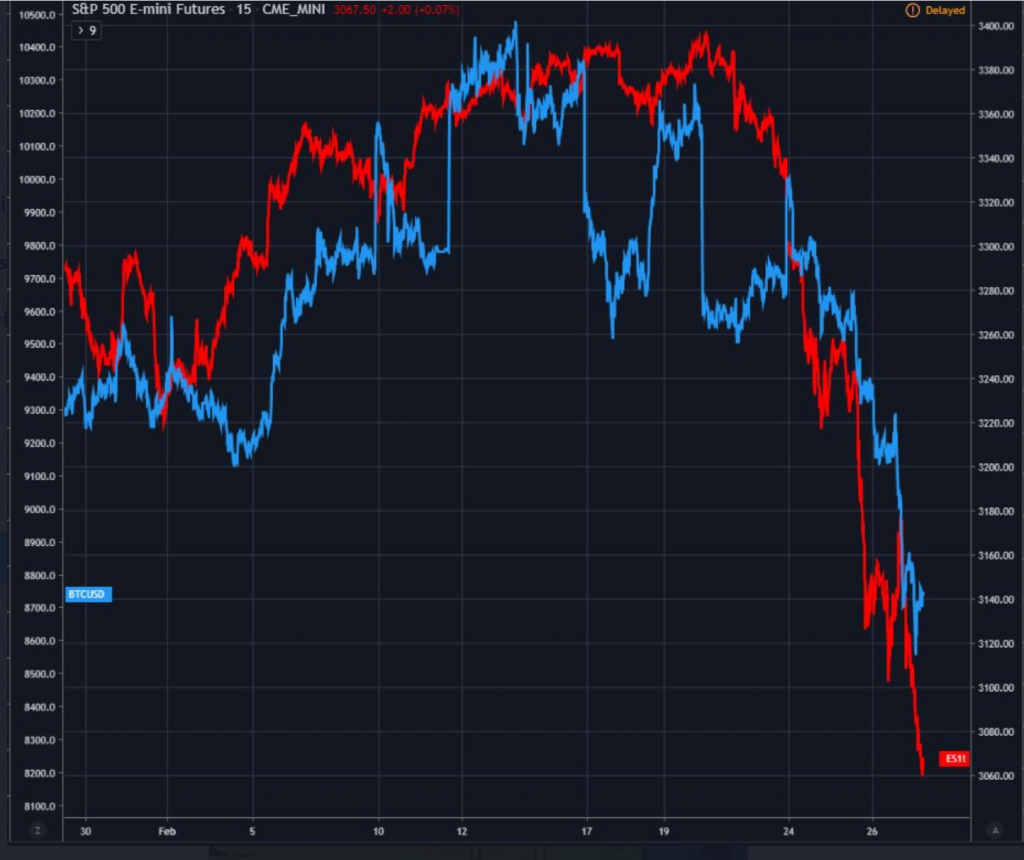 Source: SPX vs BTC over the last month, by Travis Kling

During a recent Block TV interview, Lou Kerner, Co-founder of CryptoOracle, was asked if he saw Bitcoin as a safe-haven asset, given the recent developments. Lou Kerner, in response, noted how just because Bitcoin is considered a safe-haven asset by people, there is no need for the coin to be 100% correlated in the other direction to where the markets are going.

Expanding on the same, Kerner stated,

“I think the longterm story for Bitcoin is that it’s a safe Haven. And you know, one of the interesting things is in a world where Coronavirus has a massive impact, I think it probably has less impact on Bitcoin than almost any other business.”

Additionally, Chamath Palihapitiya, Chairman of Virgin Galactic and founder of investment firm Social Capital, also appeared in a recent interview with CNBC and stated that Bitcoin’s prices and volumes are not necessarily event-driven. He also noted that people investing in Bitcoin by looking at different outbreaks is an “idiotic strategy.” He went on to say,

“I think a reasonable strategy is to say 1% of my net worth should be in something that is completely uncorrelated to the world and how the world works.You quietly and over some number of time, accumulate a position, and then you just never look at it again[….] it will protect you because then that thing will be hundreds of thousands or million dollars a coin.”

Many other investors and crypto-enthusiasts are of the same opinion. Fingers have also been pointed at Bitcoin being called the digital gold as the precious metal continued to reach new heights while Bitcoin and other crypto-assets experienced a steep fall in prices.

In fact, Quantum Economics founder Mati Greenspan, in a letter to investors, noted that Bitcoin could continue to be negatively affected by growing health concerns, looking at the current pattern. He added,

“Is bitcoin a safe-haven or a risk asset? The answer depends entirely on your perspective. If you’re a trader on Wall Street or even a retail speculator, it’s clearly a risk asset. If you’re a citizen of a country whose money is rapidly declining, it’s undoubtedly a safe haven.”

He went on to note that Bitcoin is not a safe haven against declining profits, but that it is one against inflation, geopolitical strife, and central banks. “So far, the stocks don’t seem to have realized any of these threats,” he noted.

On the contrary, Bitcoin’s safe-haven claims have its opponents too. Peter Schiff, CEO of Euro Pacific Capital, is of the opinion that Bitcoin cannot be called a safe-haven asset if it fell more than risk assets during market declines.

During the recent global stock market rout investors dumped risk asset and fled to their safe haven of choice. #Bitcoin not only followed risk assets lower, but led the decline. How can an asset that falls more than risk assets during market declines be considered a safe haven?

In fact, even Anthony Pompliano, Co-founder and partner at Morgan Creek Digital, in a recent interview, noted that Bitcoin isn’t a safe haven asset, but a non-correlated asset, which basically means that Bitcoins’s price could rise and fall, irrespective of the patterns followed by other assets.