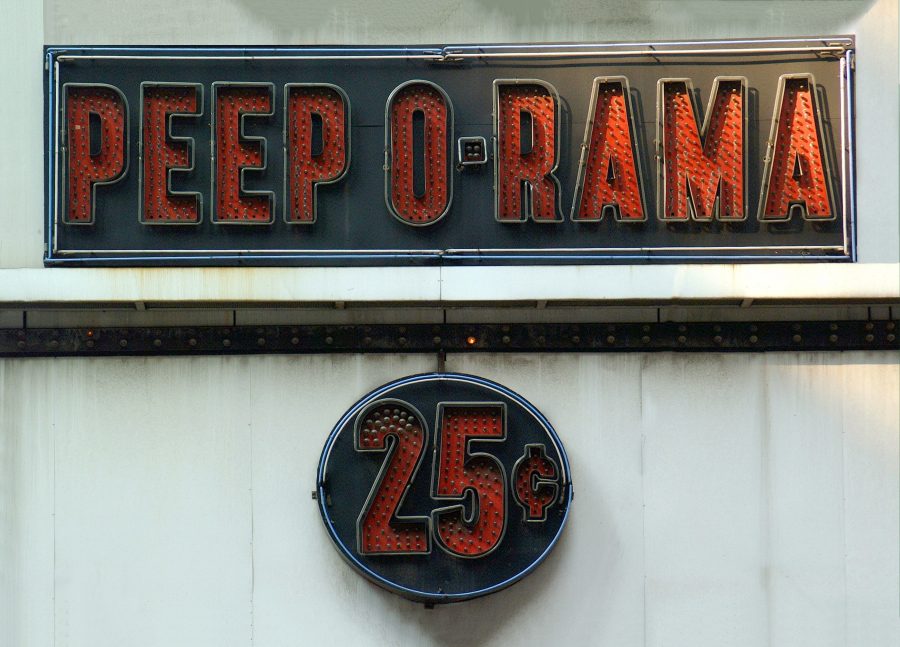 The $10,000 ceiling might not be the only barrier Bitcoin breaks.

With all the humdrum about whether or not the halving is priced-in or not, Bitcoin is showing incredibly bullish signs. Already up by over 30 percent in 2020 alone, the premier cryptocurrency has now broken the $10,000 milestone yet again.

If certain trend-models are to go by, a six-figure breakout could be likely post the Bitcoin halving, scheduled for May 2020.

According to a recent report by Arcane Research, even as Bitcoin is priced over $10,000, at press time, it is “below historical trend.” The caveat that Arcane adds is that this trend is at the Stock-to-Flow [S2F] model. 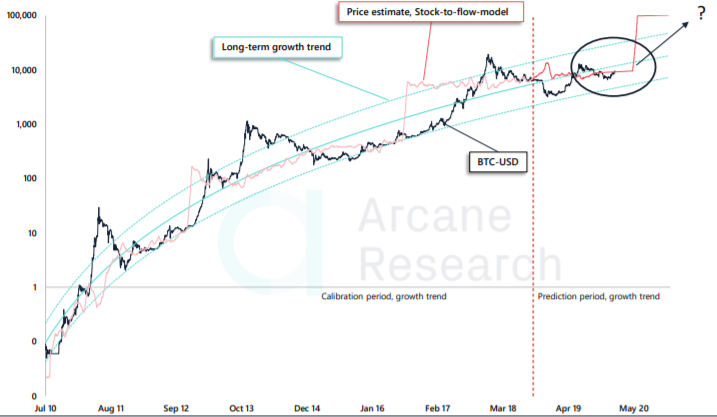 The model, which bases the price of an asset based on several historic flows, positioned Bitcoin’s price to be $11,900 as on 6 February 2020. Bitcoin, on the aforementioned date, closed at $9,750. This disparity was noted in the report as,

“The Stock-to-Flow model predictions is more or less aligned with the current bitcoin price.”

According to the report, the S2F model showed some disparity during late-2018 early-2019, with Bitcoin trading at just above $3,500.

Since the second quarter of 2019, the spot price trudged over the S2F prediction, but fell below in September, right around the time Bakkt launched. This was the last time Bitcoin traded over $10,000.

To add a more realistic note to the 900 percent price increase in the next three months, the long term growth trend posits the price to be around the $13,000 range by the halving.

Many in the cryptocurrency market have suggested that the price could rise, citing this very S2F model, mainly going by similar movements seen in the commodity markets.

Gold, a Bitcoin rival, has a similar model, owing to its limited nature. Plan B, cryptocurrency analyst, called both gold and its precious metal sidekick, silver  “monetary goods,” with the yellow metal having the highest SF at 62, which meant that it would take “62 years of production to get current gold stock.” 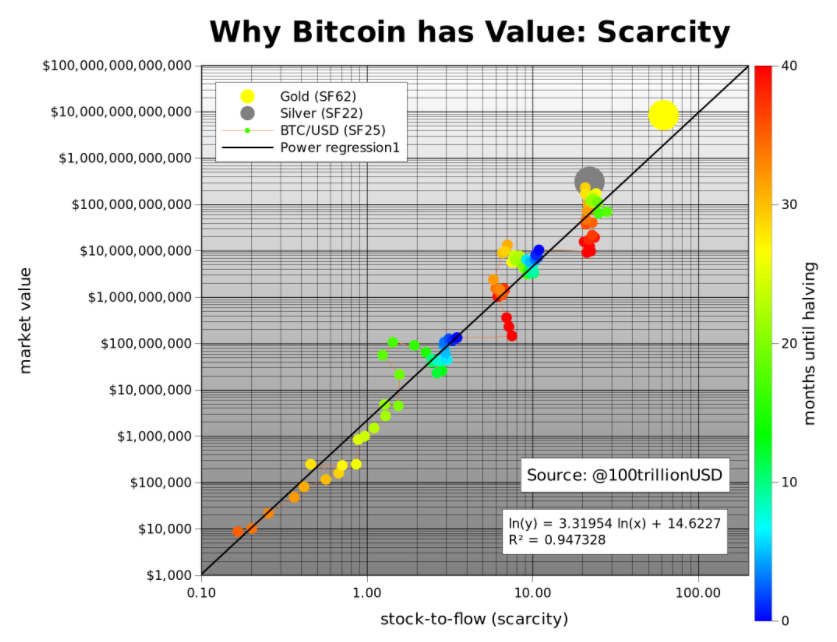 Using this as a base, Plan B added,

“Bitcoin currently has a stock of 17.5m coins and supply of 0.7m/yr = SF 25. This places bitcoin in the monetary goods category like silver and gold. Bitcoin’s market value at current prices is $70bn.”

In the above research Plan B predicted, based on this model, the market value of Bitcoin will be $1 trillion, with the price per coin reaching $55,000 post the May 2020 halving.

Regardless of where you look, we’re only going up from here.

Related Topics:Bitcoin halvingfeaturedgoldSilverStock-to-Flow
Up Next