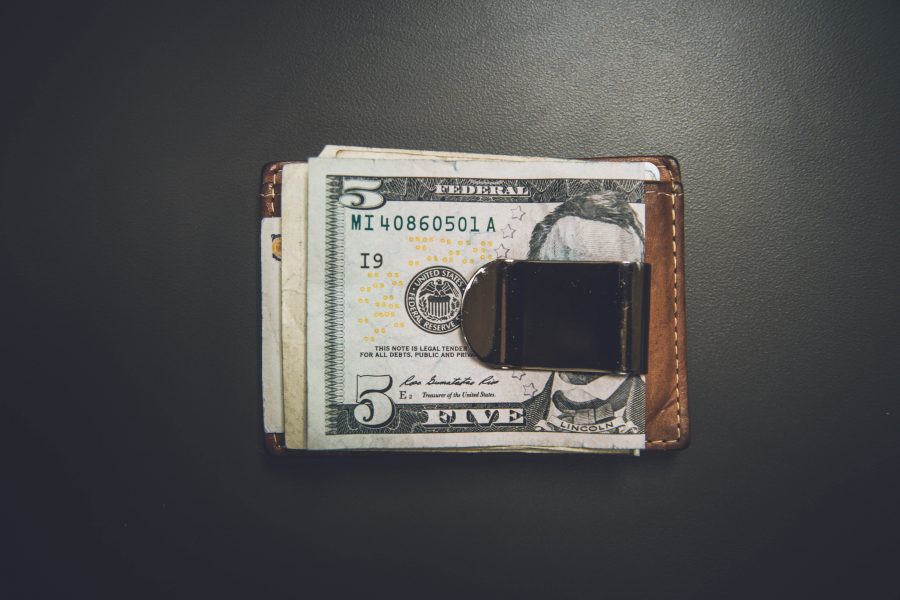 An oft-repeated narrative in the cryptocurrency industry is that the failings of the world economic order will eventually lead to a surplus in digital currencies. The traditional world of fiat currencies is seen as so antithetical to decentralized currency, that whenever the former faults, the latter can rise.

Even though Bitcoin was created to withstand the flaws of the traditional financial world, it cannot move ahead, in absolute or relative terms, when traditional finance stalls. Seen as a sort of political and economic hedge against the global financial order, there have been a few cases of Bitcoin moving up during times of turmoil, as has been the case with other financial assets not tied to sovereign authorities, like gold. But by and large, Bitcoin’s reverse-movements to larger macro-economic events have not proven themselves, at least in 2019.

Dropping interest rates, sluggish economic activity, and macro-economic injections, there have been a plethora of moves by central banks across the world over to stimulate economic movement within economies. Most prominent was the move by the Federal Reserve, the central bank of the United States, that cut interest rates not once, but three times and coupled that with continuous pumps into the economy.

While many have claimed this to be a classic case of ‘Quantitative Easing,’ Chairman Jerome Powell has made it clear that it isn’t. QE or not, in theory, this premise should be a catalyst to the price of an alternative, anti-centralized money, and financial asset – Bitcoin.

In theory, the trigger is clear – the Federal Reserve increases the amount of dollars in the economy, creating two pro-Bitcoin price preconditions. Firstly, the increase in pure liquidity in the market, in dollar terms albeit, should see some of that move to cryptocurrencies as people look to diversify their portfolio. Secondly, a drop in the dollar value, due to inflation [a desired objective] should ideally cause distrust in assets being valued in dollar terms.

Hence, concerned citizens could trade their dollars in for cryptocurrencies, which do not have an arbiter to inject supply; rather it has a protocol to cut itself in half every four years.

On the basis of this premise, a move like QE, or an interest rate cut, both of which were employed by the United States’ top bank, should see some spillover into Bitcoin and other cryptocurrencies.

It cannot be overstated that this Federal Reserve pump is unlike anything that’s been seen before.

For the first time since the economic crisis of 2008-2009, the Federal Reserve cut its interest rates to 2-2.25 basis points in July to avoid an anticipated economic downturn. The Fed was not done just yet as in the months since the rates have been cut two more times, and now it stands at 1.5 – 1.75 basis points, with the last cut taking place at the close of October.

What was even more questionable was the billions pumped by the Fed through another channel of their open-market operations. In September, the Fed pumped $105 billion, of which $75 billion was overnight repurchase agreements; the rest were repos that would expire over the next two weeks. Just a week prior to this pump, between 17 September and 19 September, over $270 billion was injected into the economy in another set of repurchase agreements.

In October, the Fed had stated that the repo-operations which were set at $75 billion would jump to $120 billion. Over the same week, the central bank pumped yet another $100 billion into the market.

While the Fed has maintained that this series of pumps is only to sustain economic activity, prevent any slowdown, and is not a sign of quantitative easing, a pump more than the market cap of the entire cryptocurrency market is now small feat, and market participants are indeed worried.

Bitcoin Not Giving a Toss

While the Fed was busy pushing money into the economy and artificially trying to balance economic output, many in the cryptocurrency community were biting their tongue. As mentioned earlier, such a drastic liquidity increase would be thought of to be the perfect catalyst for Bitcoin’s price. However, it was unmoved.

The September injections saw minimal movement in price, with Bitcoin still hovering close to $10,200 during the 17th- 19th pump. In the week following the mild movement, Bitcoin dropped by over $2,000 owing to the underwhelming introduction of Bakkt, ICE’s digital assets venture which, from a charts’ outlook, pushed Bitcoin out of the descending triangle [in formation since June] and caused a bearish rally. Hence, the drop had little to do with the Federal injections.

In October, a similar story was scripted. However, this time the funds moved in the opposite direction and once again, the Federal pumps were of little consequence. The 22 October addition of $100 billion coincided with Bitcoin dropping by $200 on the day, but was immediately succeeded with the highest daily gain of 2019. On 25 October, Bitcoin jumped by over 40 percent to over $10,300 as the Chinese President Xi Jinping announced that blockchain developments in China would be accelerated. Once again, a significant price move coinciding with the Fed pump had nothing to do with it.

While the macro-economic operations of the Federal Reserve had little to no bearings despite the rise in liquidity, Bitcoin is growing more sensitive to micro-movements. Most of the large swings within the cryptocurrency market off-late have been due to investors either flooding in or pouring out. Moreover, this investor influx is more on the institutional side, rather than retail.

The September Bakkt breakdown which saw Bitcoin drop by over 15 percent was more due to institutional investors opting out of physically delivered Bitcoin Futures. China’s blockchain blessing was also a false narrative of ‘blockchain, not Bitcoin,’ but because of the close association between the technology and the currency, investors lapped up the digital currency in the hopes of China’s turnaround, which eventually did not manifest.

This argument of ‘Micro over Macro’ was brought forward by cryptocurrency analyst and economist Alex Krüger, who noted that since the Federal Reserve began pumping the economy, Bitcoin has dropped by over 30 percent. He added that Bitcoin simply “doesn’t respond to macro-variables.” He stated,

“It is such an illiquid/fragmented market that in the absence of mass influx of new buyers, actions of a few determine direction.”

Retail’s importance in the cryptocurrency market cannot be overstated. The December 2017 bull run, which 2019’s price movements have not come close to, was fuelled by retail sentiment. Macro-variables, whether it’s a trade war, interest rate cuts, or rumors of a CBDC introduction, the effect on the price of Bitcoin is little.

Speaking to AMBCrypto, Krüger noted that the premise lies in “ownership,” and the BTC market has a lot of it. While macro-movements are important, especially in a market like decentralized currency, the importance of a few market participants holding and trading Bitcoin cannot be understated. He said,

“In the absence of retail euphoria, Bitcoin is a market driven by the actions of a few, not the many. Macro always matters but is thus not that as important as the decision of a few market participants.”

Two years ago when Bitcoin saw a run to $20,000, CME and CBOE fuelled market sentiment by announcing cash-settled Bitcoin Futures. Since that bubble popped, however, the market is scurrying for organic interest. David Gerard, author of Attack of the 50 Feet Blockchain suggests that every price action in the past year has been fuelled due to “manipulation to burn margin traders.”

An example can be the 2019 bull run. On 1 April, Bitcoin was priced at just above $4,000, with no signs of a massive rally anytime soon. In less than 24 hours, it broke the $5,000 ceiling and within two and a half months, it reached an 18-month high of $13,800, with market participants still clueless on what triggered the run.

“The price went from $3,000 to $13,000 with no evidence of retail interest – and an absence of the evidence you’d expect if there were genuine retail interest, like significantly increased volume on those exchanges that are gateways to actual dollars, and not just tethers.”

Agreeing with Kruger’s earlier statement, Gerard stated that Bitcoin is sensitive, but price narratives should be given low weightage. The Federal Reserve pumping Bitcoin by pumping dollars is just another false narrative that sounds good on paper, but is not well-founded in actual market movements.

Bitcoin, more than other financial assets, is volatile, manipulative, and fickle. Gerard concluded,

“I would say that bitcoin followers should stop believing bitcoin price narratives. There’s very little organic interest – the price movements are manipulation, so the whales can burn the suckers.”

Other analysts further acknowledged the lack of correlation between the larger macroeconomic world and that of cryptocurrencies. Quantum Economics’ Founder Mati Greenspan stated that the immediate effect in the Bitcoin markets might not have manifested, but in the long-term, there could be some movement. He said,

“The crypto market is fairly detached from the rest of the world’s money markets and so the affects of major macroeconomic changes could take a bit longer to be reflected.”

Bitcoin was curated as the financial asset that could not only withstand the economic climate of the world, but eventually replace it. In the wake of a turbulent 2019 that had several macro-economic decisions that could’ve allowed Bitcoin to surge ahead, the cryptocurrency was unmoved.

Rather than ‘stalling,’ a new trend has emerged, one that indicates that the cryptocurrency is resolute against the immediate open-market operations and is more susceptible to retail-movements, irrespective of whether that’s because of several small players or a single market participant. Bitcoin, in the past, has moved considerably owing to individual traders moving millions across exchanges; the 2 April pump is a testament to the same.

The Federal Reserve’s pump no doubt added liquidity to the market, and might have even caused a bullish crypto-sentiment as more dollars flooded the economy. However, to tie that down to a catalyst for Bitcoin is short-sighted, but in the long-term could prove useful.

Related Topics:ChinafeaturedFederal ReserveInterest Rates
Up Next

Ethereum: Istanbul’s EIP-152 to act as bridge between Zcash, Ethereum