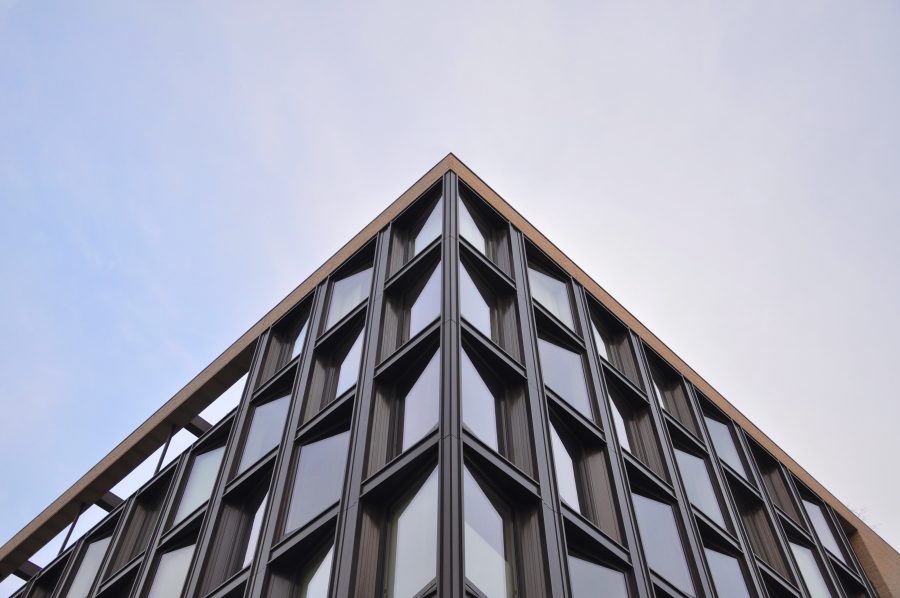 The future holds good fortune for Bitcoin, despite the Futures expiry.

As the collective cryptocurrency world is on the verge of yet another CME Futures contract expiry, volatility fears have set in. At the close of every quarter, an expiry of a set of XBT contracts offered by the Chicago-based exchange is seen to give rise to bearish ripples to the spot market, causing a drop in Bitcoin’s price. The current set of contracts which were rolled out on June 3, are due to expire on August 30. And as past price movements go, the price has traditionally acted sensitively to the contract expiry.

Often seen as the institutional investor’s crypto-hotbed, the regulated futures market is beginning to lose its sheen. The entire institutional [regulated] crypto-market shifted to the CME, as the second-horse, the CBOE, dropped out of the Bitcoin Futures market in March, right before Bitcoin began its massive bullish swing. However in that time, not only did Bitcoin reach the five figure mark, but several positive signs were seen, with investing heavyweights leaning towards the cryptocurrency realm.

With the imminent entry of Intercontinental Exchange’s Bakkt platform offering Bitcoin Futures next month, and the final hearing of the Bitcoin ETF applications scheduled for October, institutional markets are more than the CME, at this point. Individual financial companies like Fidelity and TD Ameritrade are looking to launch their own curated versions of Bitcoin trading applications, while big banks like JP Morgan and [possibly] Goldman Sachs are queuing up to roll-out an internal settlement coin within their coffers.

Regardless of the positive signs that will punctuate the close of this year, it will have consequences for years to follow. The CME Futures expiry are periodically an important event in the Bitcoin market.

Experts have weighted in to address the issue. Some have predicted the same old mild downturn owing to volume not picking up, while some have noted this institutional diversification, one which will cause a decrease in CME Bitcoin Futures volatility going forward. The analyst known simply as “Skew,” stated that institutional investors are “looking elsewhere in August” and despite around “50% of total interest set to expire,” the market will hold owing to an exodus from the cash-settled Bitcoin futures market of the CME. The analyst tweeted,

Some of those positions will be rolled but overall institutional investors have been looking elsewhere in August! pic.twitter.com/GnngLZkhhF 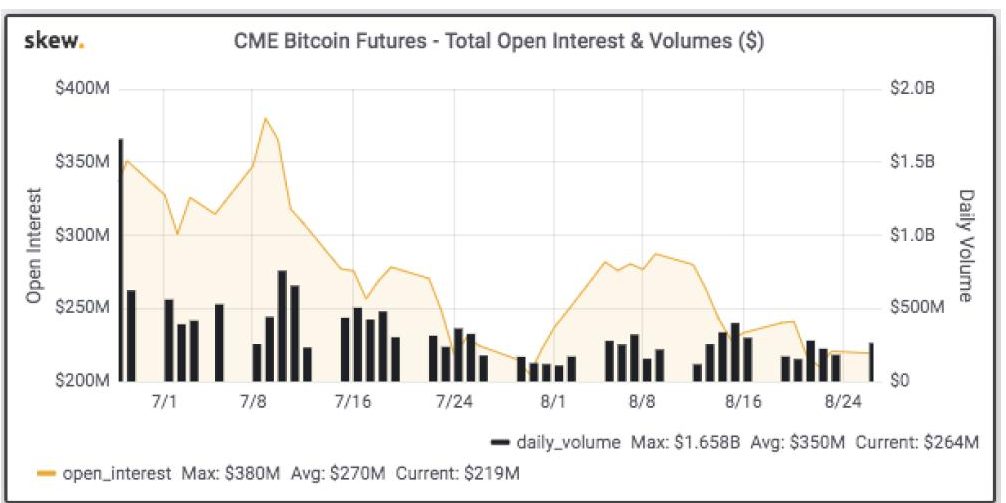 Open Interest [OI] details the total outstanding derivative contracts, both options and futures, un-settled for a particular asset. The OI for Bitcoin Futures on the CME has seen a massive drop from a high of over $350 million at the beginning of July. Based on Skew’s charts, the OI recorded on August 24 was just above $220 million.

Coincidentally, as enthusiasts were sweeping Bakkt into the ash-heaps of crypto-history, ICE announced in June that Bitcoin Futures would enter a test phase in the following month, reigniting the spark. Additionally, physically delivered Bitcoin Futures were confirmed for 23 September as the OI on CME’s charts began to dwindle. Since the end of July, the volume on CME has been dropping consistently, the average for the period between July 26 – August 29 [in terms of the number of contracts traded per day] was 4349 contracts, while the CME Group, quite recently, stated that the average contracts traded per day since the beginning of the year was 7,237. Hence, the CME volume in the aforementioned period dropped by close to 40 percent, compared to the average for the year.

It should be noted that the figure of 7,237 contracts per day is highly skewed owing to Bitcoin’s massive pump at the beginning of August. On April 4th, days after Bitcoin saw a 17 percent daily price gain, CME contracts daily volume rose by 950 percent, with over 22,000 contracts traded. The lead up to the same saw contracts in excess of 15,000 per day.

The like-for-like movement of the spot market and the Bitcoin derivatives market is often remembered during the XBT expiry. Analyst Josh Olszewicz charted the price volatility of the king coin’s premier futures product [for now] with the movement in spot price. He charted 13 Bitcoin price movements which moved in accordance with XBT contract expiry.

Based on the above charts, there are three more price movements owing to the expiry of the CME Futures contracts [that is if they do not pull a CBOE and leave the XBT market]; September 27, October 25, November 29 and December 27. However, given the introduction of Bakkt with their ‘physically delivered,’ Bitcoin Futures products, the CME-induced volatility will drop.

What was once seen as the prime catalyst taking Bitcoin to its all-time high of close to $20,000 back in December 2017 is now relegated to having “little or no effect” with its Bitcoin futures expiry, according to eToro’s Senior Markets Analyst, Mati Greenspan. Speaking to AMBCrypto, the analyst stated that the key reason for this lack of effect on the spot price of Bitcoin was the “cash-settled” feature of CME contracts. Each contract represents 5 BTC, but merely as an investment vehicle rather than actually buying and selling of cryptocurrencies. Essentially, Wall Street is just betting on the price of Bitcoin, without owning any, something that will be solved by ICE’s venture.

On asked if institutional investors will back away from the corner and go the way of Bakkt, Greenspan said,

“Yes. This is more likely. The long term affects are a lot more exciting than the short term speculation though.”

Physical delivery of Bitcoin might not be the boon that institutions are after. Despite Bakkt launching Futures and Custody solutions for the cryptocurrency industry, some investors may shy away from the market for this very reason, owing to the hanging overhead costs associated with physical delivery over mere cash settlement offered by the CME.

Bobby Ong, Co-founder and CEO of CoinGecko told AMBCrypto that the “additional costs involved with storing the Bitcoins safely” will deter cautionary investors. From a simplistic-speculative trade perspective, the CME is a far better option. Ong added,

“For those who want to just speculate on the market, the cash settlement option at CME is preferable actually as it has lower costs.”

Either way you look at it, Bakkt’s introduction has certainly backed the CME Group into a corner. Thus, the question remains: Where will the institutional investors move to? The cash-settled speculative sanctuary of the Futures exchange or the custody-secure physically delivered Bakkt?

Related Topics:Bitcoin FuturesCBOECMEXBT
Up Next

XRP rides the bulls for now, but a bear attack seem inevitable