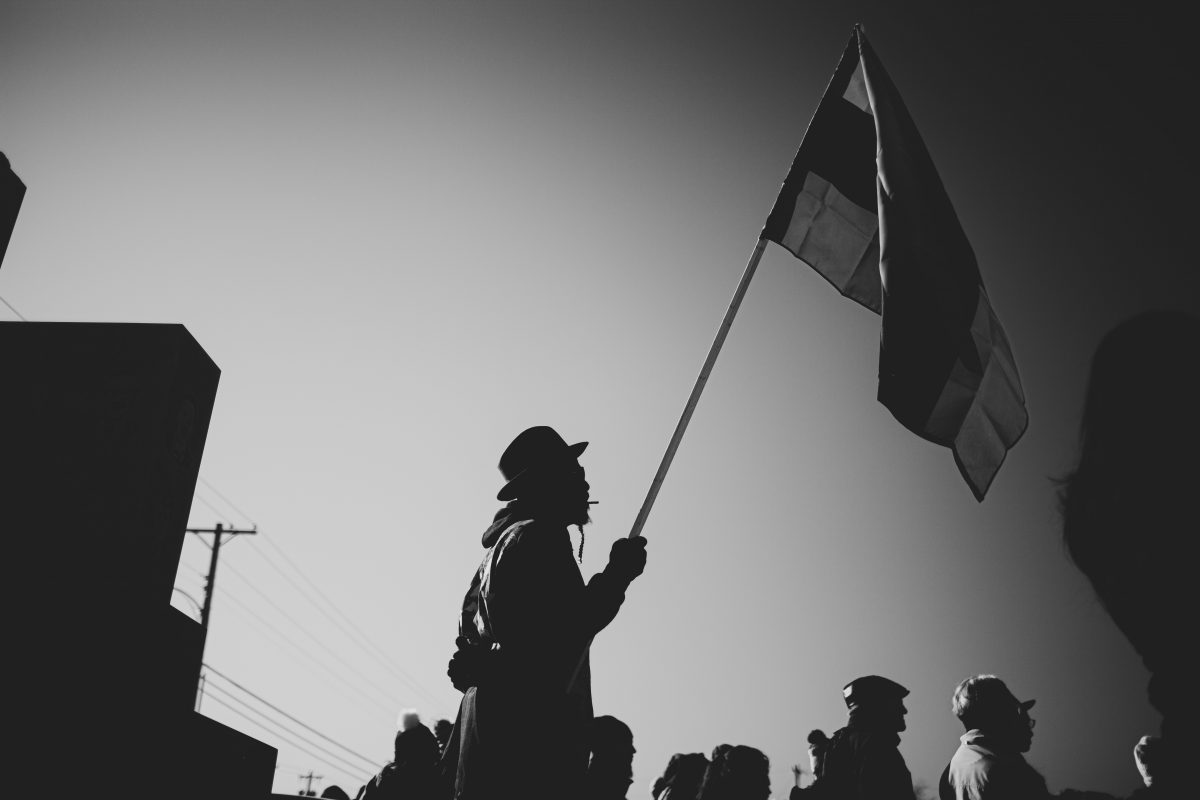 The pandemic-induced economic uncertainty ravaging the globe is taking place at a time when Bitcoin is steadily soaring. Are countries seeing a blanket effect, or is this more nuanced?

As countries go through their own downturns, recessions, and phases verging on depression, the effect of the pandemic has to be seen through a domestic lens, rather than a global one. Such a lens should also eclipse Bitcoin. As consumption stopped and supply-chains halted, world markets fell. Equities and commodities defied their ‘safe-haven’ narrative, allowing Bitcoin’s risk-on nature to come to the fore.

While markets around the world are being propped up by their respective domestic central banks, cryptocurrencies are enjoying the promise of being an “alternate investment.” After plummeting because of a massive liquidation spree, Bitcoin managed to pump in price massively. Over the past two months, the cryptocurrency turned its year to date returns positive and it is now acknowledging its uncorrelated status while defying the movement of its macroeconomic peers as it is primed to break $10,000 soon.

At the beginning of the year, Bitcoin was trading below $7,000 and following two spurts over $10,000, the cryptocurrency looked to close the first quarter of the year with a YTD positive. However, it wasn’t to be. On 12 March, Bitcoin lost over 45 percent of its value in one day as a wave of liquidation hungry customers ravaged the cryptocurrency’s market.

During this time, gold was also trudging downward, owing to a similar condition. Even as liquidity was inserted into the global economy, with the United States Federal Reserve at the helm, Bitcoin was looking the worst of the three major economic asset classes. No sooner did the price fall that investors began leaving. The open positions on crypto-derivatives exchanges began falling, spot trading found volume from sell-offs, and some were so badly hit by the wave of liquidations that they didn’t want to return any time soon.

But, as the storm receded, the market slowly began to resurge, because of the halving. The Bitcoin block halving, scheduled two months to the day after the plummet, was slated to improve the price of the cryptocurrency as its planned deflationary effects set in. Slowly, traders began to seep back in, and some of them even turned into hodlers while foreseeing a longer-term play-out of this reduced supply increasing the price of Bitcoin.

As hodling became the trend during the resurgence, the reasons for hodling were different. Some held on to undo the wrongs of 12 March, some in hope, and some to make up for, not what was lost in crypto, but what was lost in everything else.

Looking beyond the traditional market, Bitcoin’s used case spreads far and wide. While many are benefiting from the cryptocurrency’s uncorrelated status, not just hedging against the losses of the pandemic, but profiting from the collapse, others see it for what it truly is.

Bitcoin was meant to be a way to not just chide away from government control, but as a means to escape it altogether. As central banks and monetary policymakers grossly devalue their domestic currencies to prop up their respective economies, Bitcoin is proving to be a funnel away from an inflated economy. It’s not just Bitcoin’s deflationary effect which was scheduled at just the right time, but also the type of people flocking to the cryptocurrency to use it for what it was truly meant for.

While the economies which occupy a larger slice of the global pie have the means to enforce a recovery, rather than allow it to run its course through complex procedures of quantitative easing and ‘helicopter money,‘ countries which were already in a rut before the pandemic don’t have such weapons of mass survival.

Several countries in Latin America, including Argentina, Colombia, Chile, and distraught Venezuela have seen skyrocketing P2P volumes of Bitcoin since the global economic downturn began. For the week ending on 2 May, Colombia saw COP13,000 million [$3.3 million], Argentina saw ARS50 million [$750,000], and Chile saw CLP307 million [$370,000] in Bitcoin P2P volumes. This marked a new ATH in weekly volume in domestic currencies for Colombia and Argentina, while Chile’s aforementioned volume was its second-highest, with Santiago’s ATH transpiring in early-April still within the economic clout of the pandemic.

The effect is not limited to South American countries alone. In Asia, India and Japan have seen a boom in their domestic P2P volumes. The subcontinental country saw INR107.95 million [$1.42 million] traded, while Japan traded JPY19.48 million [$136,000] through P2P exchange Paxful. While the amount may be muted for Japan, when compared to India, it still marks the two Asian countries’ ATHs in P2P volume.

Over the past two months, the global P2P volumes have continued to grow for Bitcoin through domestic fiat, with a larger proportion of that growth coming from countries that were already going through a difficult phase in their respective economies.

Not just countries with an ongoing economic crisis, but immediate ones also saw a flocking towards Bitcoin. Last week, as protesters in Lebanon set the country’s central bank on fire, a corresponding Bitcoin P2P pump was seen. The premium for Bitcoin in the Lebanese pound [LBP] was sky-high, with the crypto’s sell offers at LBP40,000,000 [$26,400], three times the global price.

Call me a doctor

The pandemic has changed the way we do a lot of things. Not just vociferously washing our hands, but thinking twice about where we store our money. While this change is merely a portfolio readjustment for some, for others its much more drastic.

“I think this trend will continue,” said John Cantrell, CEO of Juggernaut, a messenger application built on Lightning. In conversation with AMBCrypto, he remarked that as information on decentrality and fixed distribution of Bitcoin spreads around the globe, desperate citizens will see a need for it.

“As more people understand the hard and sound money properties of Bitcoin the more they will see that it is a way to protect themselves from reckless economic policies of their government.”

Once people understand the way Bitcoin is structured, its use in desperate times like these will only increase. Every crisis, be it healthcare, environmental, or political, has economic ramifications, and these ramifications can be controlled by ‘adjusting’ the basis of a nation’s fiat currency, albeit temporarily, wherein an inflationary aftermath can be expected.

With the availability of Bitcoin amid a global recession, the risk of holding on to fiat only grows by the day, told CoinGecko Co-founder Bobby Ong to AMBCrypto. Ong agreed that citizens in these countries are investing in Bitcoin’s risk-on nature,

“The risk of holding on their local currencies are very high as it may get devalued further so many of these people are looking for another asset class to store their wealth.”

While the larger narrative is Bitcoin is being used as an uncorrelated asset to balance falling portfolios, there is also the case of depositing plummeting fiat currencies for the cryptocurrency through P2P models. Will this trend of capital flight from fiat to crypto continue even after the pandemic and inflationary pressures rise to the fore? More importantly, will this ‘flight’ be a global effect, or be limited only to the economically distraught?