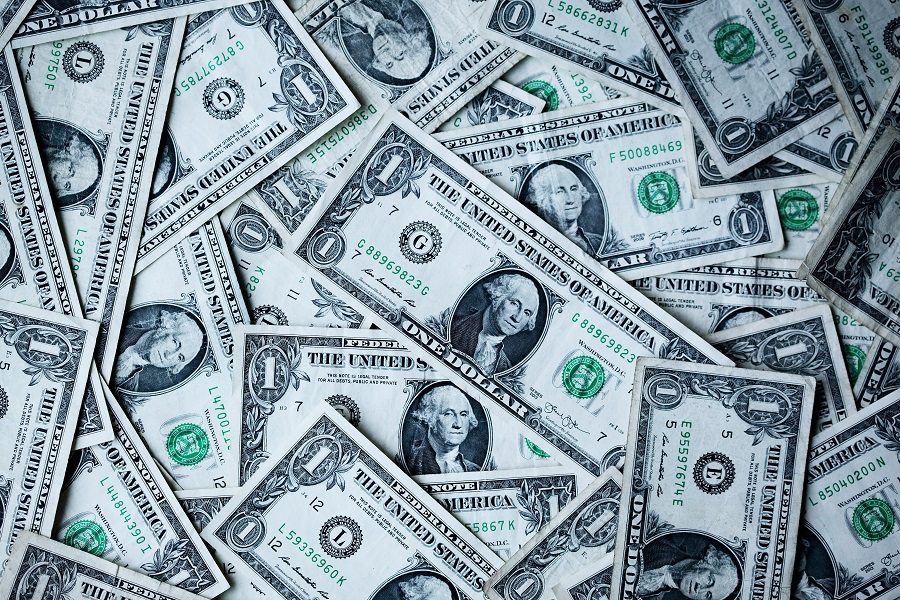 According to a recent survey by Deutsche Bank, digital payments, including cryptocurrencies, would see rapid growth over the next ten years. However, the same report also asserted that cash would never truly go out of the picture. It should be noted, however, that this report runs contrary to the bank’s previous survey which had revealed that “Bitcoin and other cryptocurrencies could eventually replace the established fiat currency system by 2030.”

3,600 customers across the US, UK, China, Germany, France, and Italy participated in the survey, with forecast trends in cash, online, mobile, crypto, and blockchain being explored in the survey. Among the sampled clients, 33% considered cash to be the most preferable means of payment. The survey also found that 69% of the United States’ population chose cash over other forms of payments.

Under the section titled, ‘The Future of Cryptocurrencies,” the report clarified that cryptocurrencies are still in the stage of early adoption, adding that there is a need for many more experiments. That said, the report also noted that some stores in the United States have already started accepting cryptocurrencies as a payment method.

“Although the number of stores is small, the growth trend is noticeable among online travel booking platforms such as CheapAir, and through retailers such as Newegg and the telecommunications company AT&T.” 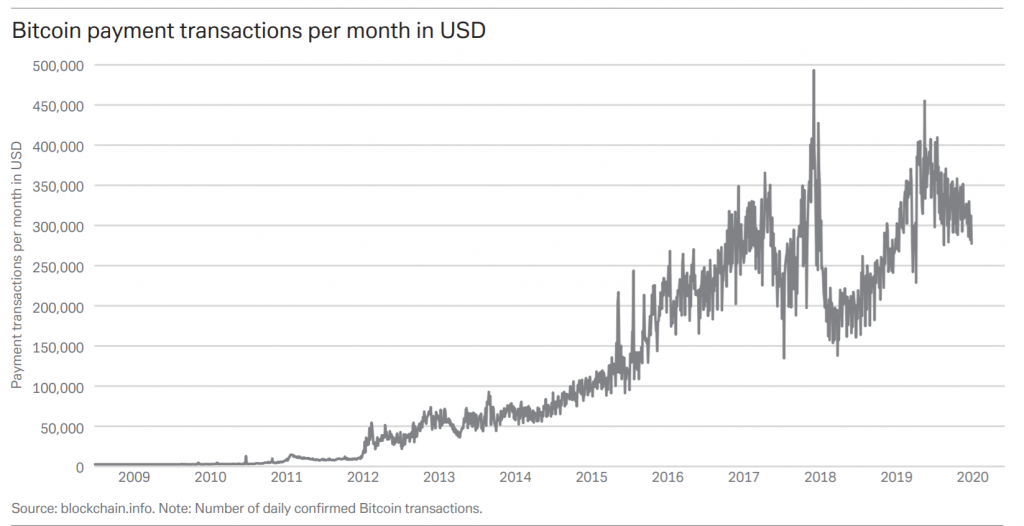 According to the attached chart included in Deutsche bank’s report, payments made via Bitcoin have taken off over the years. “Looking ahead, it may not be surprising if a new and mainstream cryptocurrency were to unexpectedly emerge,” the report noted.

On the other hand, the report also suggested that many are skeptical about digital currencies, citing the huge energy needs and the regulatory hurdles faced by Bitcoin and Facebook’s Libra.

“Yet, if the growth in blockchain wallet users continues to mirror that of internet users, then by the end of the decade, they will number 200 million, quadruple the current level. This will be encouraged by governments, banks, corporations, and payment providers who all stand to benefit from the digitalization of payments. “

Bitcoin premiums on the rise as CME’s dominance continues