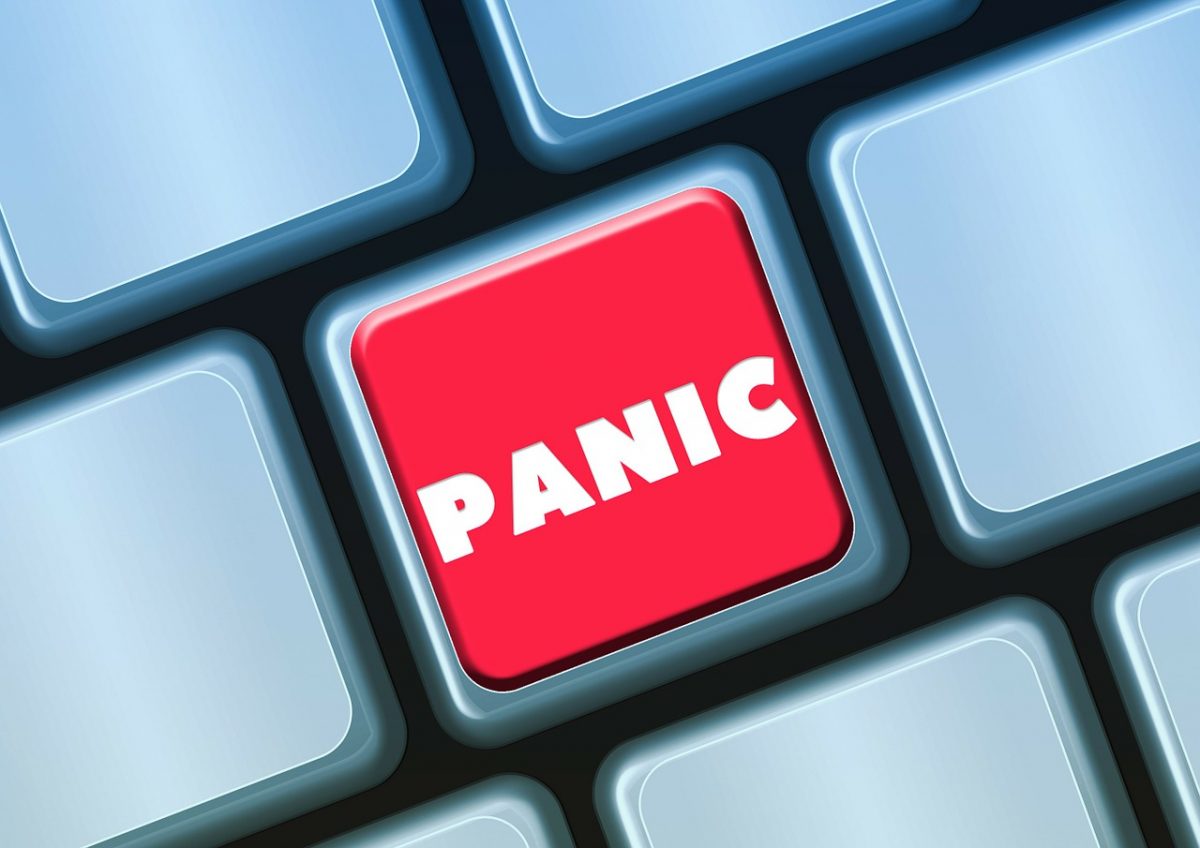 On 20 May, the movement of Bitcoins from a previously dormant address contributed to the larger market panicking. Almost 40 BTC were transferred from a “possible Satoshi-owned wallet” to another address, with speculations running rife like wildfire soon after. The associated panic triggered sell-offs worth 7%. In fact, according to data provider Skew markets, this movement in BTC coins went on to affect the one month BTC skew as it rallied to new highs on Wednesday. 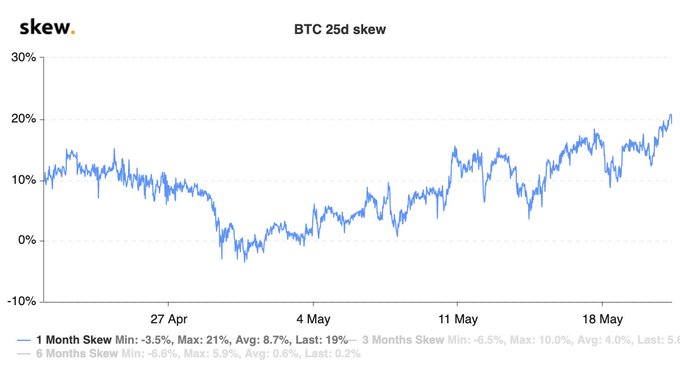 Bitcoin had been following a relatively low volatility path until yesterday’s sell-off. This sudden volatility triggered the implied volatility of the underlying crypto-asset. The skew metric underlined the fact that BTC Options contracts with different strike prices, but which had the same expirations, will have different IVs.

Despite a growing interest in Bitcoin Options, it paved the way for bearish sentiment to seep into the market. This was highlighted by the rising Put/Call ratio.

The Put to Call ratio had climbed over 1 on 19 May, but the panic caused an escalation, pushing the ratio to 1.27 on 20 May. This indicated that the traders were buying more puts than calls, implying the coming of a bearish trend. From this point of view, it can be suggested that investors may have been speculating on BTC’s lower move or were just trying to hedge their portfolios in case of a sell-off.

Despite such bearish sentiments, however, the BTC Options Flows metric on Skew suggested that Calls were taking a lead, at the time of writing. 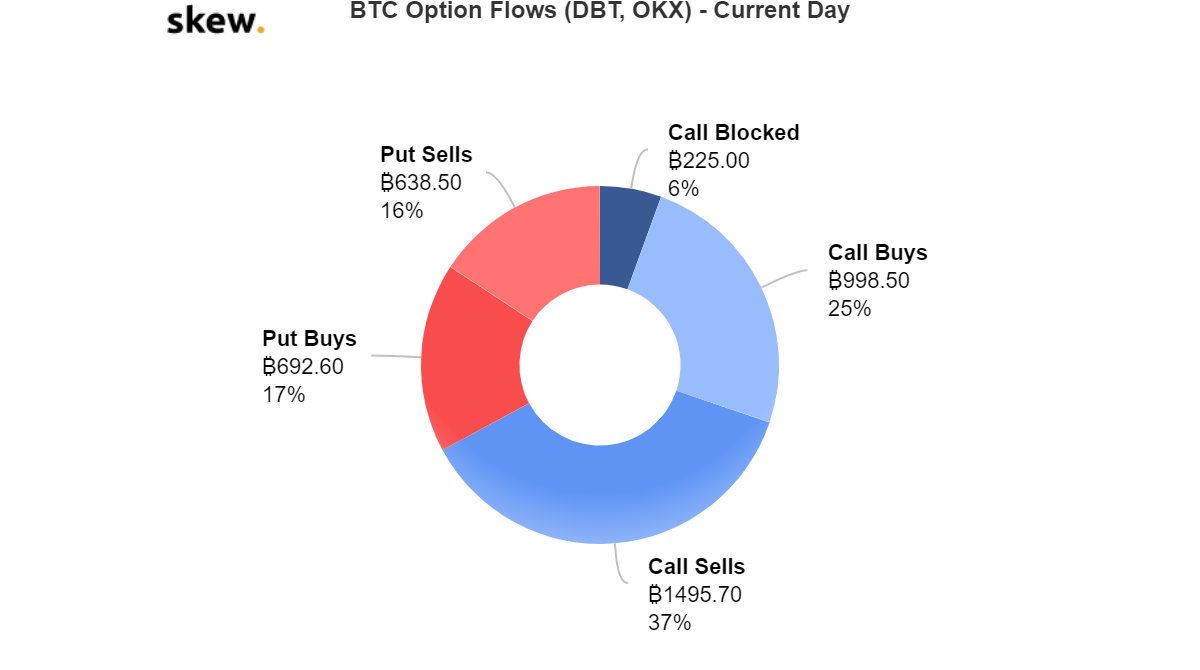 Buying call options was a bullish bet for investors as they could make money only if the price of Bitcoin was rising. However, selling Call options was looked upon as a bearish sign.

In fact, according to available data, 37% of traders were positioned to sell their call options, accounting for 1,495.70 BTC. This meant that the investors were betting on the fall of Bitcoin, unlike the 25% bullish traders buying calls who were expecting a rise in price. Thus, irrespective of the call options, the larger sentiment in the BTC Options market remained bearish.

Related Topics:Bitcoin optionssatoshi nakamoto
Up Next

For Cardano, is a retracement to $0.051 inevitable?