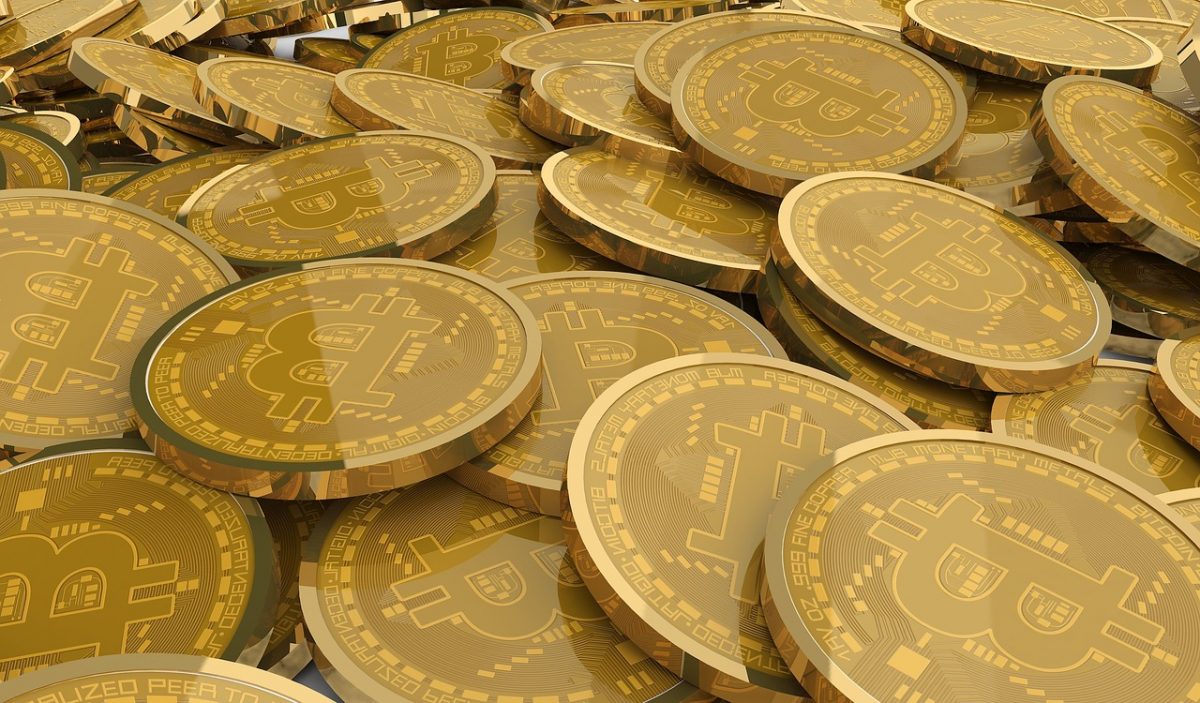 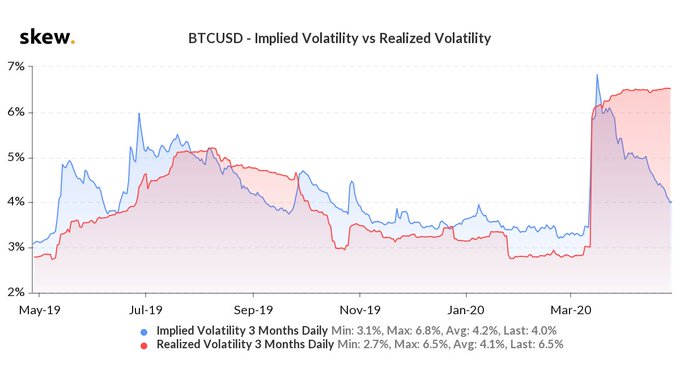 Due to the violent crash in March, the price of the digital asset was slashed by almost 50%. The above chart highlighted this sudden spike, however, also noted the falling Implied Volatility. The 3-month Implied volatility has now decreased compared to the 3-month realized volatility for the data that was available. The break-even average daily move has also reduced to ~4% as opposed to ~6.5% in the past 3 months.

According to recent observations from Messari, the pre-halving volatility in 2012 has remained flat, however, 2016 volatility saw a spike. 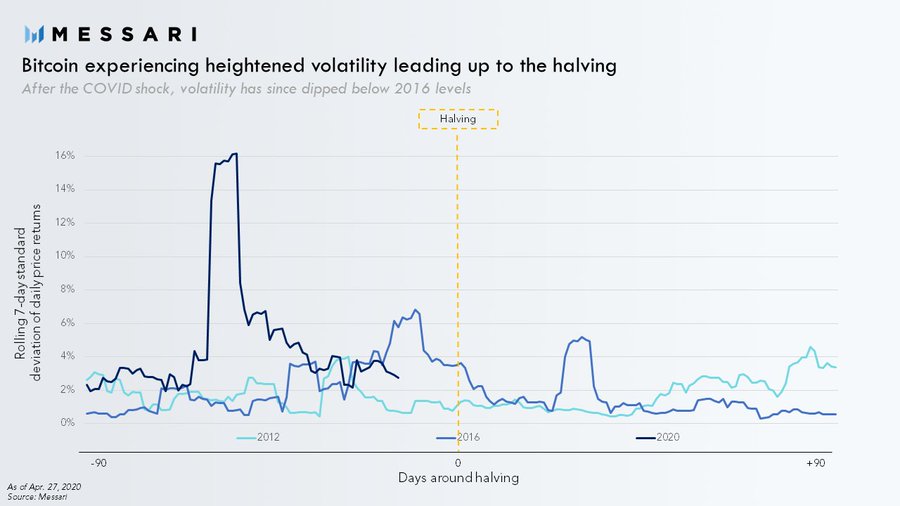 The 2020 statistics showed the sudden rise in volatility after Black Thursday sell-offs. This heightened volatility has started to take a dip and have now reached 2016-levels.

Related Topics:Bitcoin halvingBitcoin volatility
Up Next