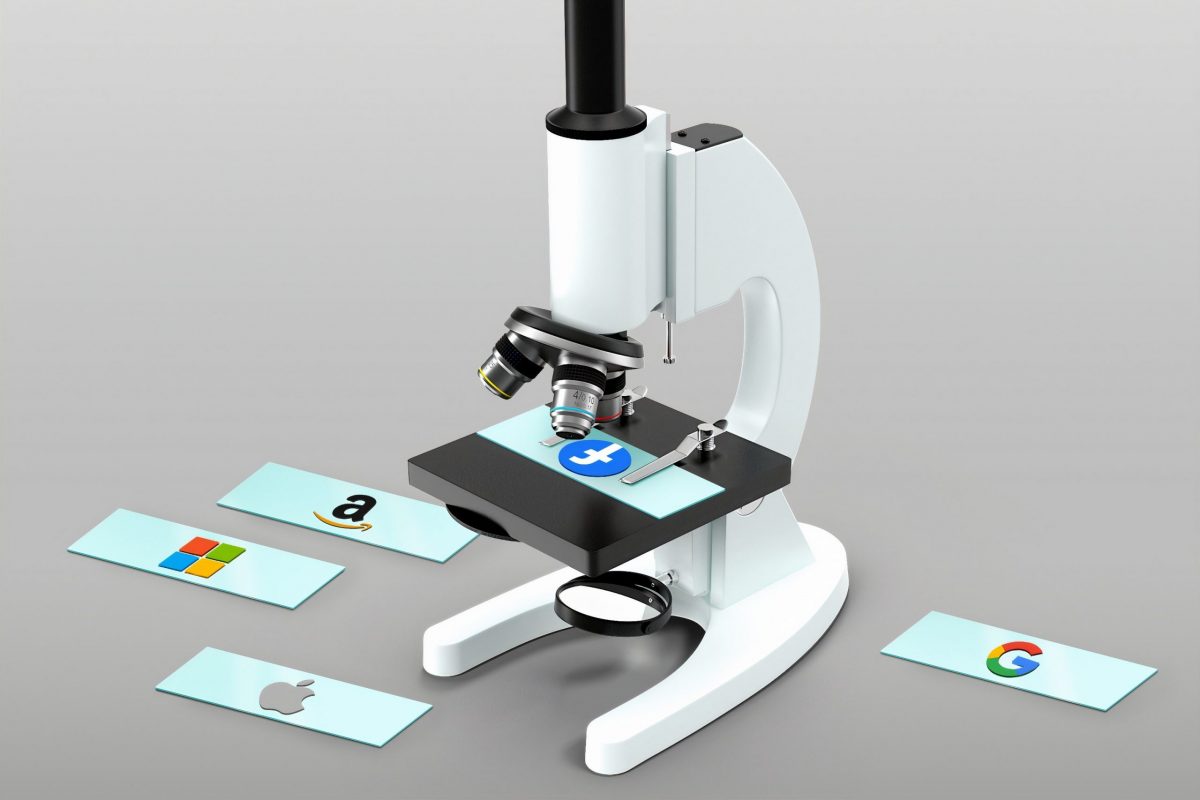 There are only three reasons why you take pleasure in an asset’s price fall. Either, you shorted it, knew it would tank, and didn’t buy it, or you enjoy seeing it lose value.

In the Bitcoin market, or should we say the anti-Bitcoin market, this sentiment is quite popular. Given the deep disruptive nature of Bitcoin as either a next-generation currency of the Internet or a valuable asset which allows investors to hedge against traditional markets, the cryptocurrency is a natural outlier. This ability to stray away from the pack, however, attracts pessimism.

From gold bugs to currency hoarders, everyone wants the cryptocurrency (which, to them, is the worst of both worlds), to tank. In the choice above, they neither short Bitcoin nor avoid it, they just want it to be worthless. They are the cynics every asset class naturally has. This sort of confrontation between the cryptocurrency and its death-wishers is akin to another confrontation that we’ve seen in the past, that of the market against disruptive companies.

When you have a traditional stock market where the big companies (As was in the second half of the twentieth century in the U.S) are mainly public sector undertakings or large private banks, railroad companies, and oil & gas companies, those that go against the grain and build on a factor of production like technology, that was so nascent at the time, were inevitably slated to fail.

These technology stocks, of which Sun Microsystems, Intel, Apple, and Microsoft were the pioneers, began in much of the same way as Bitcoin did, creating hype, driving up their price, having high volatility in its early days. They were cast out by the larger market and eventually, turned into the investment of the decade.

Comparing these stocks, or their modern-day equivalents, given the early-stage of Bitcoin, we can see much of the same as far as prices go. 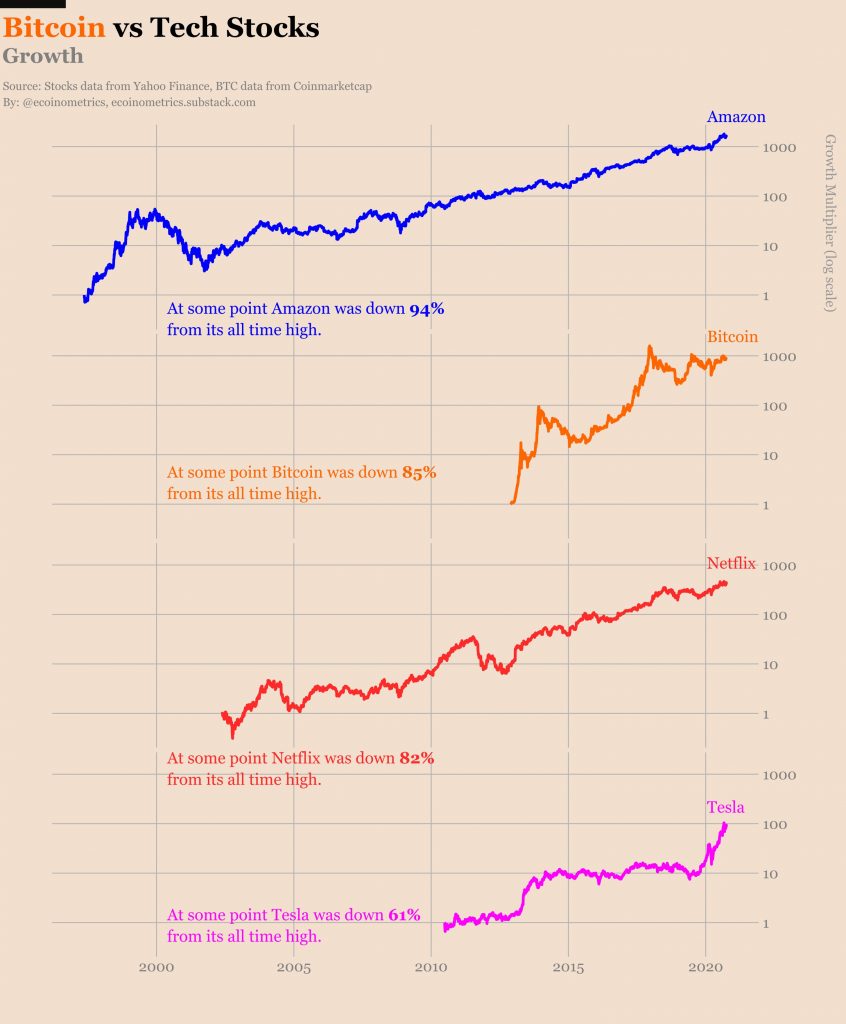 A recent report by Ecoinometrics does just that. Let’s lay down the two main facts based on the two main similarities between crypto and disruptive technology stocks – High returns and deep discounts. Fact number one – Bitcoin has grown by a factor of 1,000x since 2012. Priced at lower than $50 then, it has since grown to over $10,000 a pop. Fact number two – Bitcoin’s drawdown i.e. its drop from its highest high to its lowest low is 85 percent. That was during the December 2017 – November 2018 period when the crypto jumped to just short of $20,000 and down to $3,100 less than a year later.

Looking at modern-day disruptive technology stocks, they have the same region of drawdowns – Tesla at 60 percent, Netflix at 82 percent, and Amazon at 94 percent. What does this mean? This points to a similarity of market perception for assets that tend to go ‘against the grain.’ It happened with software companies, e-commerce companies, video-streaming companies, electric car manufacturers, hell, it even happened with a fake-meat company.