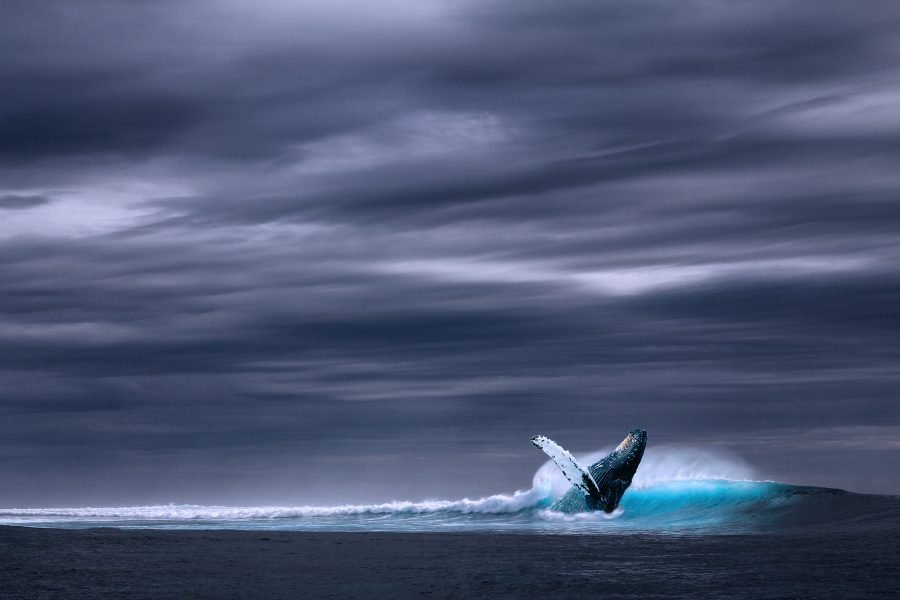 85 days remain until the next Bitcoin halving, an event following which mining rewards will become more scarce. And while many expect the world’s largest cryptocurrency to surge to new highs in light of this, a cursory glance of the charts will reveal that Bitcoin is currently in its consolidating phase, with the coin recording brief breaches above $10,000, before falling back again.

Bitcoin’s annualized volatility for the month of January was found to be 58%, despite the coin registering its best January performance since 2013 and closing it with 30% gains for the month.

Despite this impressive rally, however, Kraken’s latest research report observed stagnant growth in the number of “whale” addresses. This, according to the study, is indicative of “sidelined whales.” 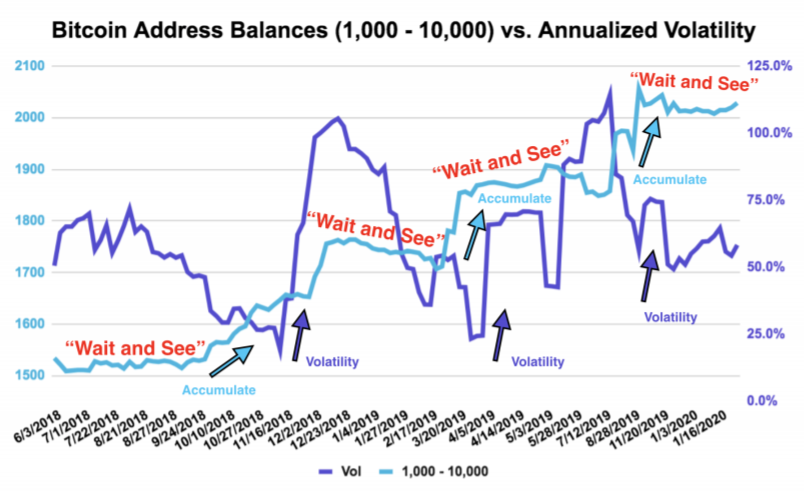 The whales have been opportunistically accumulating Bitcoins over the last decade and since 2018, nearly 50% of existing coins have been held in wallets with balances within the range of 10 BTC – 100 BTC, with a few whale wallets holding even more. Additionally, the whales were found to be in an accumulation phase.

However, whales with balances 1,000 – 10,000 BTC may be exiting the “wait-and-see” phase now, meaning they could potentially be done with the ‘Hodling’ phase. Historically, exits from such phases have been followed by an increase in volatility, which means that Bitcoin’s market could in for a very volatile phase if such whales do indeed end their dormancy.

According to Yoni Assia, CEO and Founder of eToro, it’s not just going to be a volatile year, but a volatile decade. Assia, who appeared on the latest edition of Venture Coinist Podcast, elaborated on the whales and their impact on the halving. He said,

“I’m generally positive and bullish towards halving. Having said that, my view is that a big part of Bitcoin price is in the Bitcoin swings. The $1000-$2000 here and there, are still somewhat impacted significantly by the actions of the whales.”

Whales want some from the derivatives pie

The spot trading figures have been outperformed by those of derivatives. One of the many reasons for this trend is reportedly due to the presence of Bitcoin whales who control a third of the coins and could potentially have a “disproportionate impact on price movements and contribute to illiquidity.”

Along the same lines, Assia also claimed that these whales are eyeing the derivatives market, a space that has gained significant traction over the last couple of months. He added,

“There are whales that are looking at the derivative market and are looking at the open interest and are taking advantage of how the market operates, you can call it ‘arbitrage’ or ‘whale trading’, but I think that there are those whales who significantly change where Bitcoin is trading at any given moment.”

Further, while the eToro exec emphasized that whales are not necessarily coordinated, he did note that they are sometimes “coordinated by nature.” He added,

“Potentially, they could support a significant uprising price, and they could also put an early stop on it, if they try to take out the profit relatively early on. it’s going to be a volatile year for sure, it started off volatile, we have the halving this year, we’ll see a lot of progress in crypto generally.”

Related Topics:Bitcoin halvingBitcoin volatility
Up Next

Ethereum might climb to $320 next week after brief consolidation