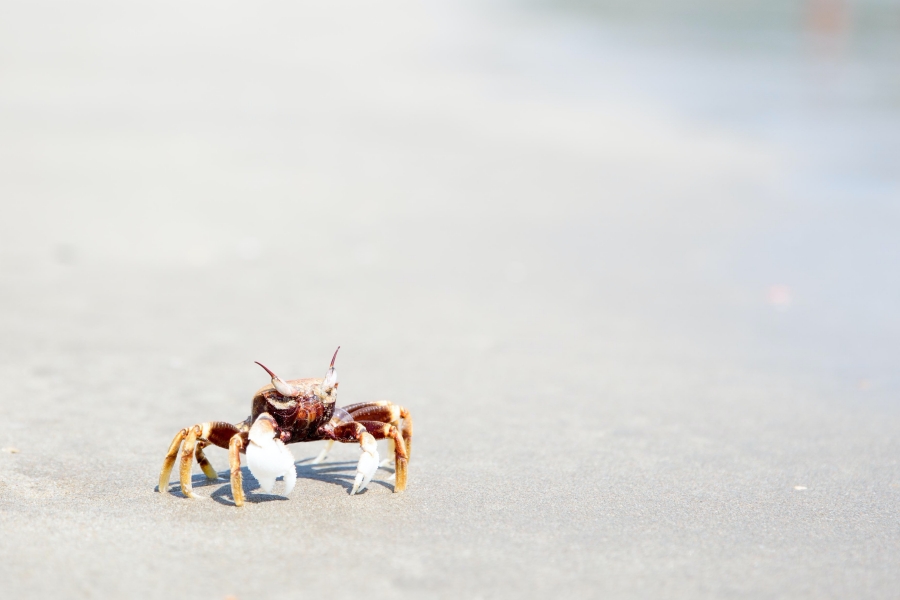 Over the last nine weeks, Ethereum has been flashing green candles at the market, leading to its participants wondering how long this rally can last before a correction happens on a weekly scale. Though ETH‘s long-term may not be certain at this point, it seems quite likely that the Ethereum coin is in for some upward movement in the near future, though perhaps one not as smooth as expected.

According to CoinMarketCap, Ethereum was priced at $269.52, with a market capitalization of over $29.7 billion at press time. ETH had recorded a positive change of 2.39%, over the past 24-hours. 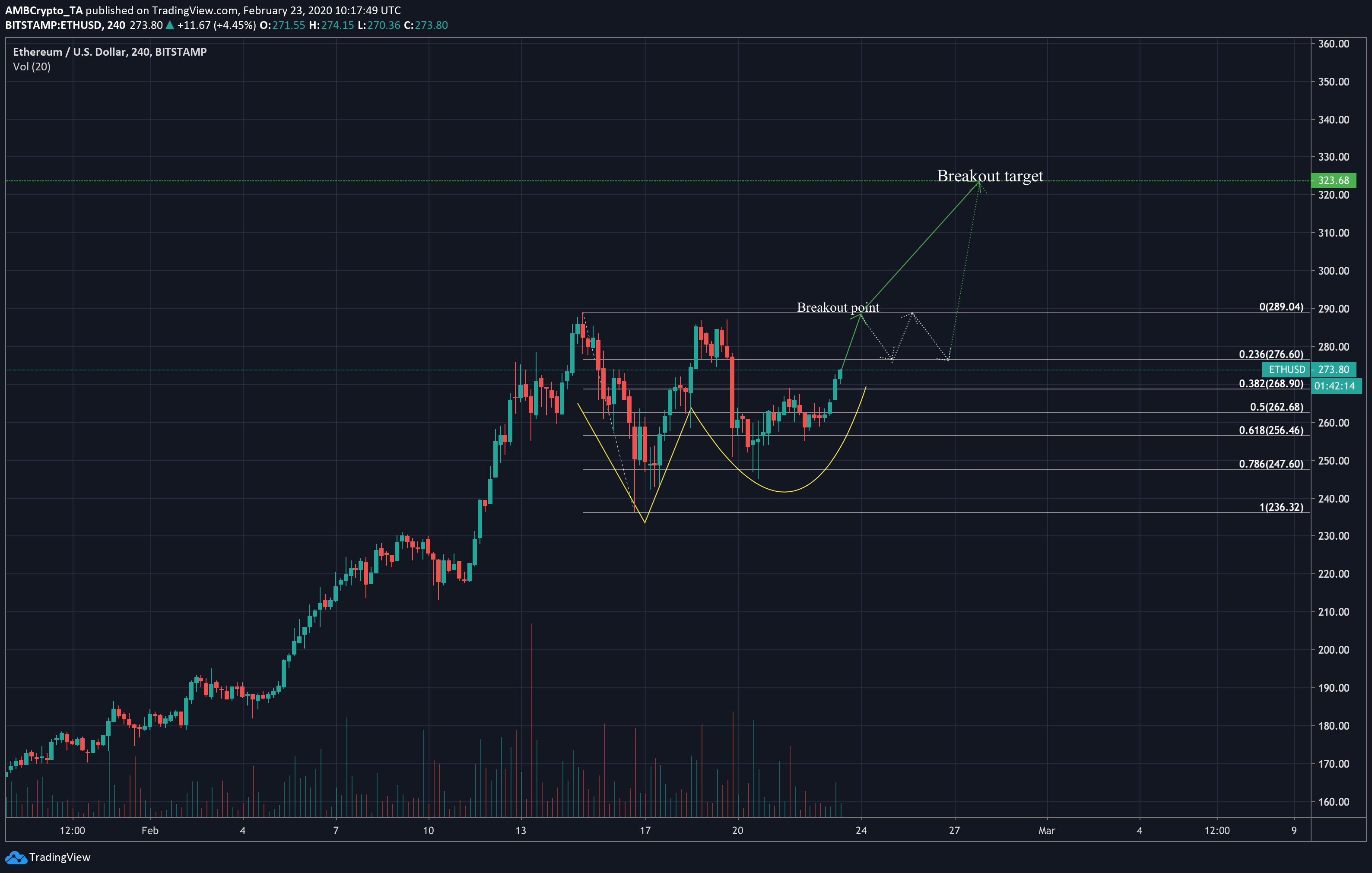 The flagship Ethereum coin seemed to have formed an ‘Adam and Eve’ formation on the 4-hour chart and could be in for some upward movement in the short-term. These patterns are usually bullish and are characterized by two distinct bottoms, where the first is narrower than the second.

The latest candle looked to be moving upward to test the 23.6% Fibonacci retracement line and a push above this resistance would likely lead to ETH rising to the 0% line at $290 in the next couple of days. From here, a breach of this resistance could contribute to a breakout over the $320 level over the coming week.

However, Adam and Eve patterns, on failure to breach the peak between the valleys, can exhibit some sideways movement. This could push the breakout by a few days, though the target remains the same. 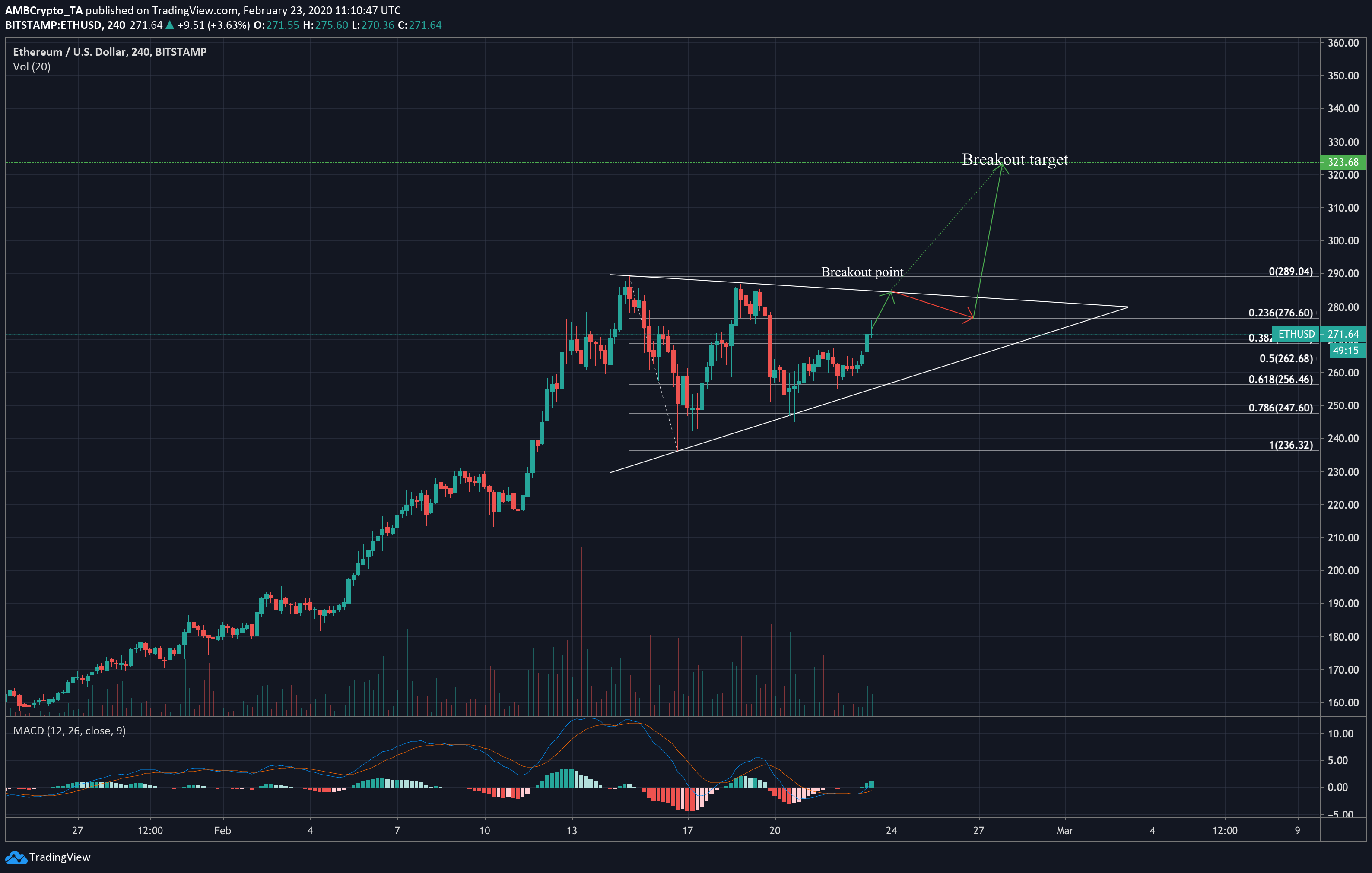 Interestingly, the same chart presents a symmetrical triangle formation. These patterns are usually bullish and likely signify an upward move in the near future.

This leads to the possibility that ETH may not be able to break above the $290 mark just yet, and could continue through some sideways motion for the next few days with a maximum dip down to the $276 level. From here, a breakout would also push the price to the previously suggested target above $320 over the same timeframe.

Taking both patterns into consideration, it seems likely that ETH will move up in value over the coming days. There is a high chance that Ethereum will appreciate to between $280 and $290 in the short-term, followed by some sideways movement over the days that follow.

However, there is a chance that Ethereum will see a breakout from the $290 level, directly moving to the target zone. Regardless, with MACD also signaling near-term gains, ETH should push above the $320 mark in the next week or so.

DeFi attacks may be ‘fundamentally caused by centralization of power’