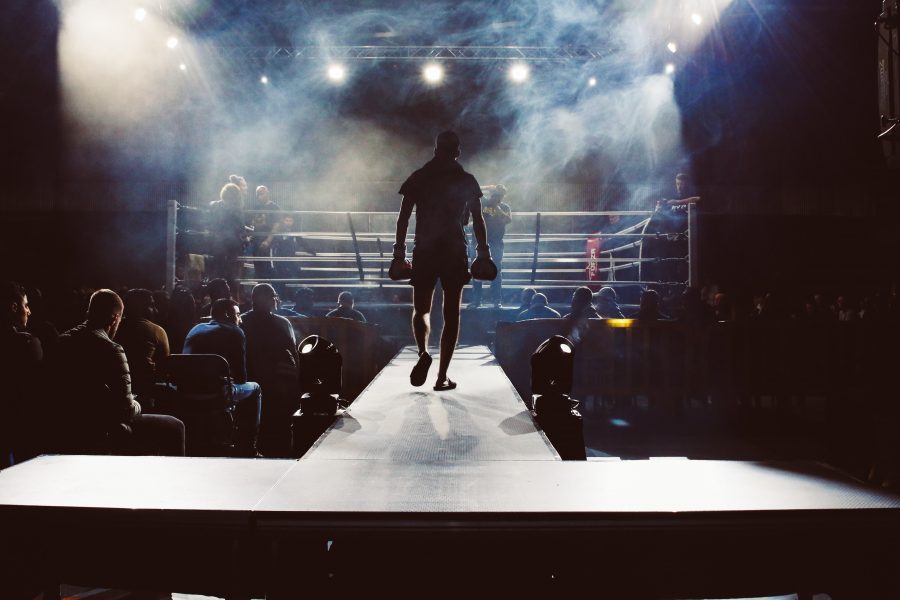 The past few weeks have been extremely trying for financial markets across the globe. The COVID-19 pandemic its associated panic has created a domino effect after frenzied sell-offs led to a market crash of sorts. Cryptocurrencies were not immune either and were caught up in the frenzy too.

While some estimate that the aforementioned stock market crash was the worst since 2008, there has been a lot of debate regarding digital assets showing even the slightest signs of immunity and resilience, against such forces.

Interestingly, while Bitcoin and gold continue to battle it out with regard to which of the two performs best in times of crisis, LongHash’s data points elsewhere. In the past few weeks, there has been a lot of speculation regarding why Bitcoin’s price crashed by close to 50 percent; gold shared a similar fate, with its price falling by close to 13 percent.

While Bitcoin has been tainted as a volatile currency, the past price drop is more damaging to gold owing to its less volatile nature.

A recent report by LongHash highlighted the fact that during the Coronavirus crisis, U.S Treasury Bonds performed fairly well, in comparison to assets commonly associated with the title ‘safe-haven asset.’ The report mapped the price-performance of all three assets i.e. BTC, gold, and treasury bonds to analyze its performance during the course of 2020, alongside major events pertaining to the coronavirus outbreak. It said,

“Bitcoin is often hailed as a stand-in for gold, and gold is traditionally viewed as a safe haven asset during times of crisis. It’s now abundantly clear that Bitcoin has not been much of a safe haven in this crisis. “

While Bitcoin performed fairly well during the initial stages of the pandemic, once cases were reported within the shores of the U.S and following the WHO classifying it as a ‘pandemic,’ BTC dropped below its usual course. There is also evidence to suggest that BTC’s price drop was spurred by large panic-sells that occurred in the Asian market.

However, the report noted also noted,

“For gold, we observed the opposite of what we saw with Bitcoin. During the Chinese epidemic phase, gold did not differ from its past performance prior to Feb .15. Afterward, however, it significantly overperformed. This suggests that different attitudes prevail for gold: US investors, but not Chinese investors, may view it more as a safe haven.”

The report, however, pointed out that in comparison to the two, U.S Treasury bonds remained consistent. It highlighted

“The treasury bond market has most unequivocally demonstrated its safe-haven property throughout the epidemic… Treasury yields [inverse to price] started to drop around the time of the first case reported in the US and kept dropping until March 7, when the epidemic worsened significantly in Europe.” 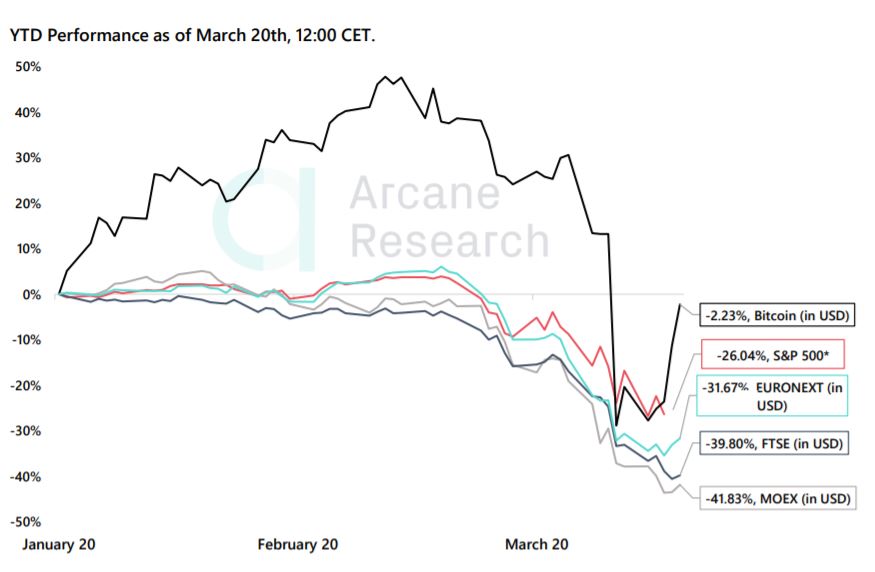 Interestingly, right after the markets plummetted, Bitcoin’s price mirrored the stock market, leading to a high correlation with the S&P 500 at 0.584. However, since then, there has been a decoupling between BTC and traditional financial markets. This may indicate that even though BTC may not be the most robust safe-haven asset, it has lowered its chances of being influenced by traditional market movements.

Related Topics:featuredLonghashSafe haven
Up Next

Crypto and Wall Street ‘will work alongside’ as institutional participation grows

Bitcoin may be uniquely positioned for ‘incredible risk-reward trade-off’