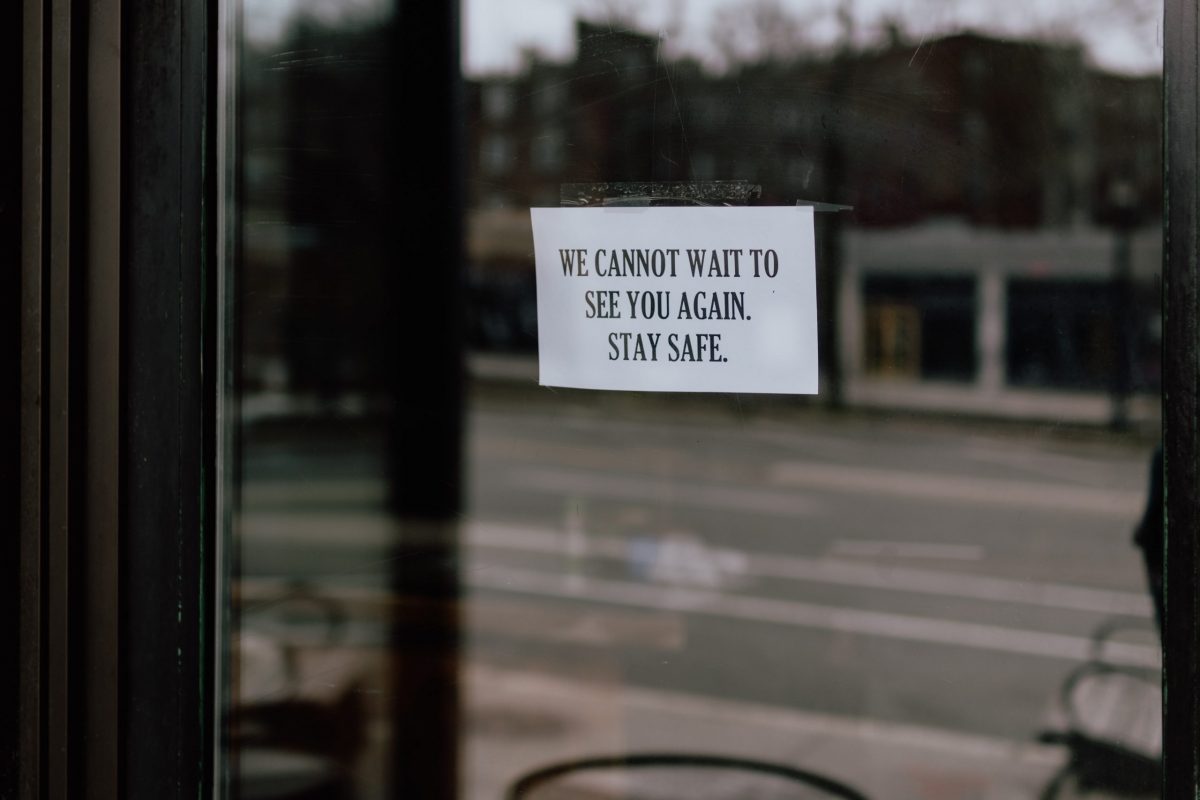 What’s the point of a safe-haven asset? Well, for starters, it’s to keep one’s portfolio safe.

Gold has long been seen as the traditional safe-haven asset among traditional investment avenues. Despite Bitcoin being a year into the financial world, it still hasn’t managed to budge the yellow metal. But, is gold doing its job? Let’s have a look at the numbers.

Lucky for us, 2020 has been just the sort of year you’d want to be safe from. A record-breaking market crash, bringing down equities and treasury bonds should, on the face of it, bear well for out-of-the-box assets like gold. And, for the most part, gold has held strong.

After the dip in March when it fell to as low as $1,480, the gold markets shot up just as central banks began printing money (surprise surprise), and calmed down as soon as they stopped. However, it seems that gold’s sparkle began to lose its luster a little too soon. In fact, as soon as excess liquidity pumping into the market stopped, gold took a sharp U-Turn.

Gold was valued at more than $2,000 an ounce for only 4 days in the calendar year at the beginning of August, and since then, its price has been dropping. At press time, the metal’s price was down by 7.2 percent against its high, and for the gold market that’s a lot!

Bear in mind that gold reached its highest point since 2013 in August, valued at over $2,000, and its average daily volatility for the year is less than 0.8 percent of its price.

So, how does it stand as a ‘safe-haven asset.’ Well, everyone’s definition of ‘safe-haven’ is different, but to put it simply, such an asset should hold its price during a crash, and in the aftermath of it as well. At the peak of the crash, gold’s average volatility was over 3.5 percent, and it dropped by over 10 percent in the week of the crash. Does that sound safe to you?

Another point of opposition would be, a safe-haven should rise when everything around it is falling, shouldn’t it? Well, let’s take this point of view.

The cryptocurrency did see a much more brutal crash in March, both in absolute terms, dropping by over 50 percent, and in comparative terms, moving on average by over 8.4 percent in the week, against an average volatility of 1.8 percent for the year. However, after the crash, its recovery has been second to none, outpacing gold by a mile.

Since May, Bitcoin has been doing much better than gold when looking at the duo’s yearly averages. Bitcoin switched from a negative to a positive gain against its yearly moving average in early-May as the price rose over $9,000, while gold already moved into the positives a month earlier in April. As the two assets came out of the crash, the crypto’s recovery began catching up and soon outpaced the metal’s. 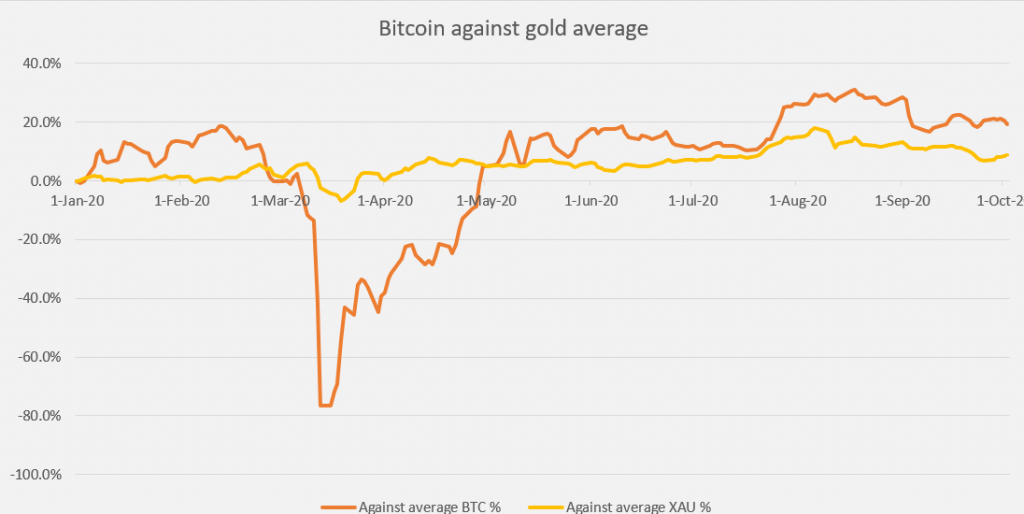 On 4 May, for the first time in over two months, Bitcoin’s price over its yearly moving average went over gold’s.  This difference peaked in August when Bitcoin was 31 percent higher than its yearly moving average, while gold was just 11.4 percent higher. This meant that while gold rose to a seven-year high and surged by a third of its price in August, its safe-haven recovery was still meager compared to Bitcoin’s, especially considering the fact that the cryptocurrency saw a 25 percent daily crash in March, while the commodity saw just a 4.1 percent crash.

Laying the facts on the table, Bitcoin’s crash was worse than gold’s, its recovery took a month longer, yet as soon as it recovered, it has been a better ‘safe-haven’ bet than gold was.

The argument here isn’t that gold is not a safe-haven. In fact, some would say it’s more durable than Bitcoin, owing to its minimal drop during the crash. However, the argument is that Bitcoin is a better ‘post-crash safe haven’ than gold because the cryptocurrency has clearly outperformed the commodity, especially a month after the crash.

So, to conclude, a static definition of a safe-haven is not just impossible, it’s ridiculous. Objectively, no asset can be a safe-haven if it has to survive a crash and rise out of the crash better than other assets. However, a mix can be achieved through a safe-haven portfolio which goes by the motto – gold through the storm, and Bitcoin after it.

Related Topics:bitcoinfeaturedgoldSafe haven
Up Next