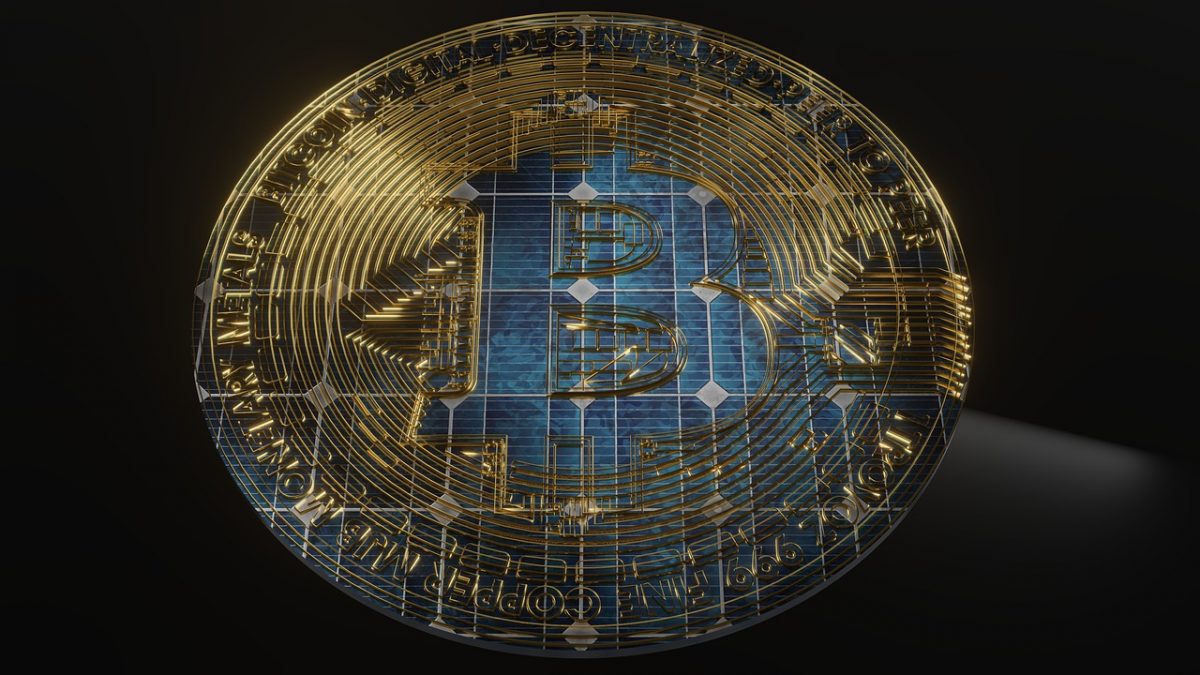 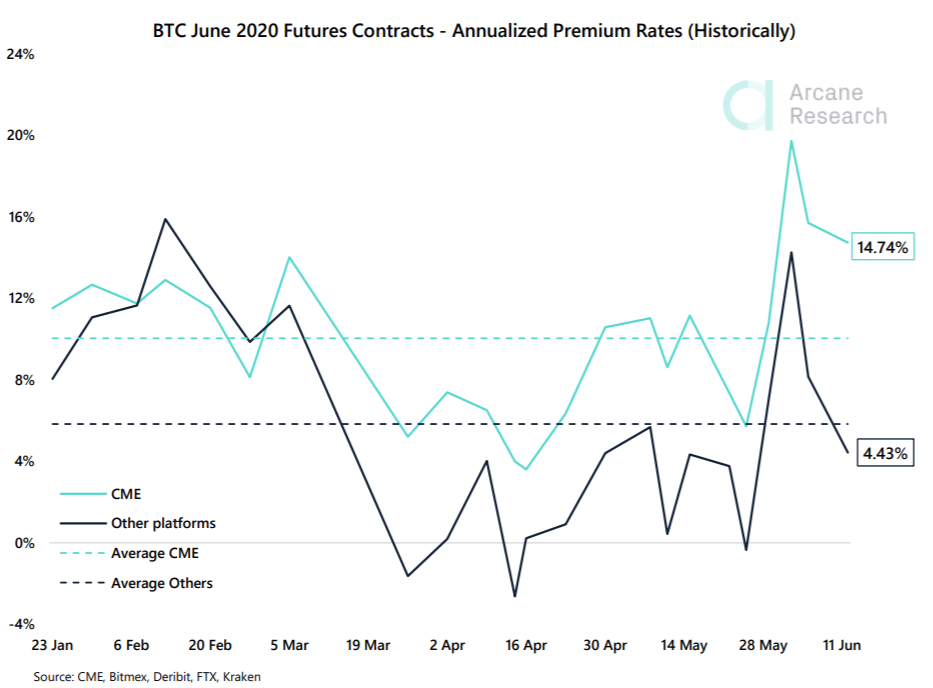 According to the chart presented above, the retail-traders appeared less bullish than CME traders. Currently, the traders seemed to be back below the average level since the beginning of the year. Whereas CME traders continued a bullish behavior as the premium stayed above the average levels. The premium rates, unlike the retail-focused platforms, have noted much smaller drops. The premium rates for CME in June 2020 were 0.57%, however, for September it was around 1.53%. Whereas, other platforms that included Bitmex, Deribit, FTX, and Kraken projected a rate for BTC futures contracts of 0.17% in June, while 0.96% by September.

As the premium rates rose, the futures market has also been indicating a recovery from the Black Thursday event. The Open Interest in the futures market fell under $2 million, but as recovery set-in, the OI also marched along. However, this crash reshuffled the Bitcoin futures exchanges, as BitMEX struggled for a couple of months. 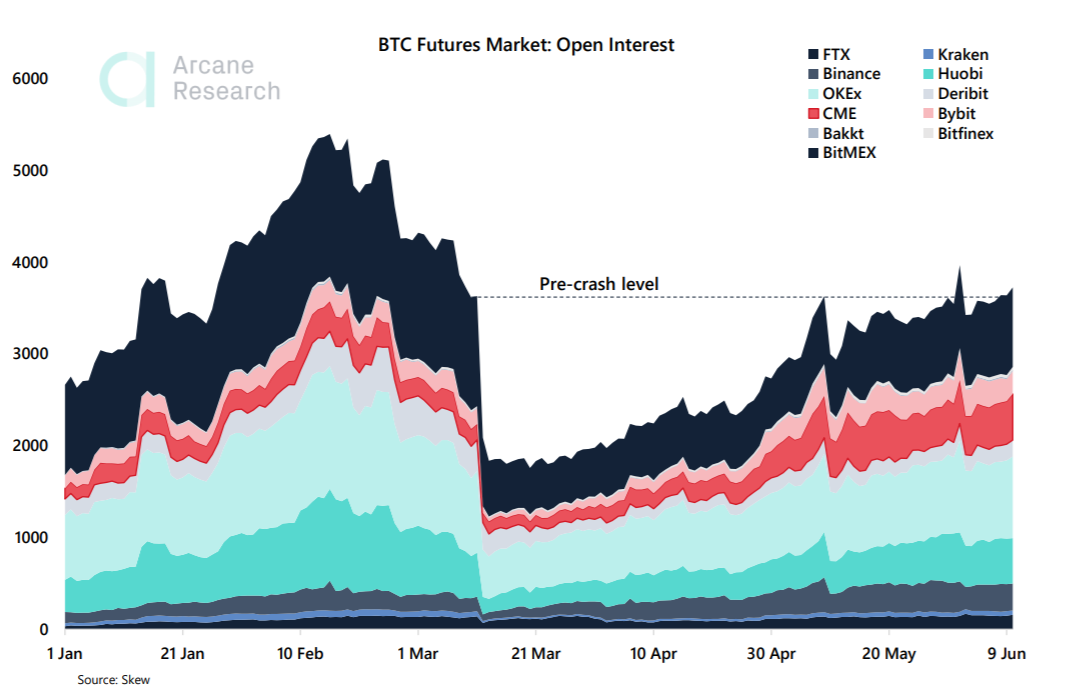 The Bitmex OI has recovered and has been noting an OI around $870 million. However, BitMEX, OKEx, and Huobi have been unable to regain the Open interest they had in March. While, CME, Binance, and Bybit had surpassed their OI from March and gained significant market share. BitMEX recorded a market share of 37% before the March crash, but is now down to 23%, whereas CME share in the market doubled in the same period to around 13%.

Related Topics:Bitcoin Futuresfeatured
Up Next