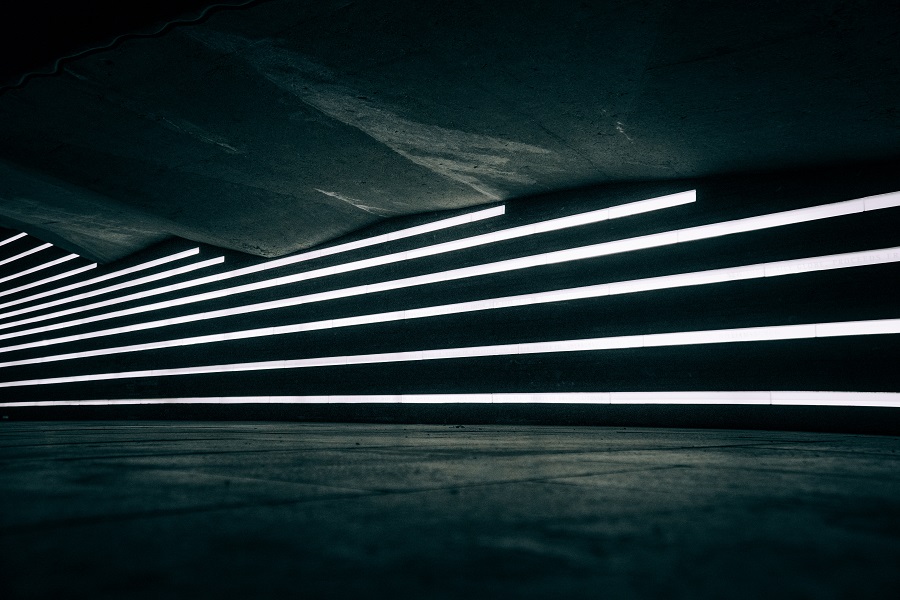 Bitcoin has recovered from the $7000 levels and is now, slowly trying to climb back up. However, it looks like there isn’t enough bullish momentum to get it going. At press time, Bitcoin was priced at $8,232 with a market cap of $148 billion. In the previous article, Bitcoin was facing resistance from the 200-day moving average, which was threatening to cap Bitcoin’s bullish momentum. The same holds true as of 2 September, 2019. 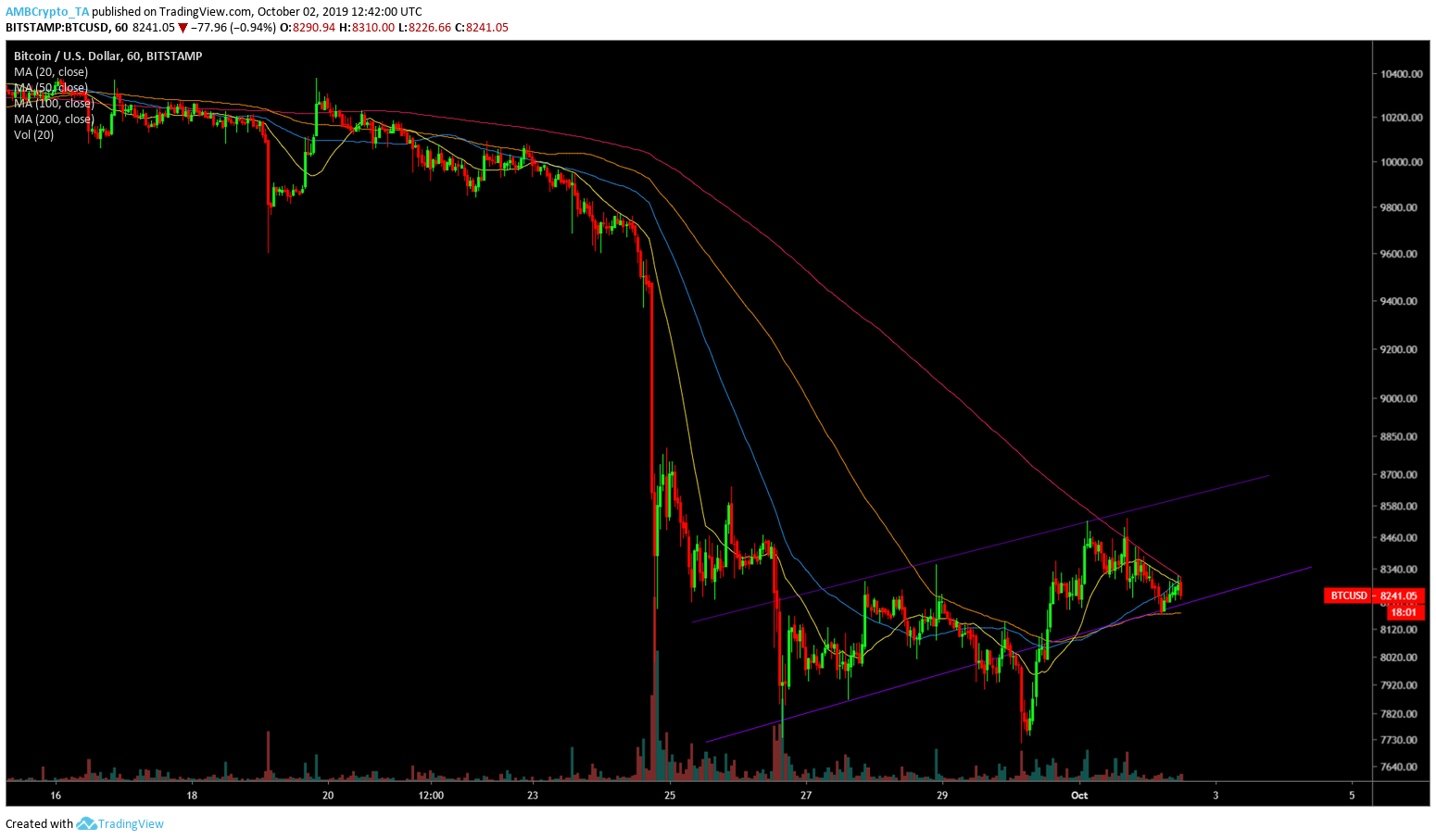 The one-hour chart for Bitcoin shows the formation of a rising channel, indicating a slow but steady consolidation of BTC with higher highs and higher lows. The pattern has a bearish bias to it, indicating a bearish drop when it breaks out. The pattern looks like it could sustain a few more bounces before it breaks out. However, the prices could breakout immediately as well, if there is a sudden burst of momentum. Looking at the convergence of the 20, 50, 100 and 200 moving averages, it would seem like the breakout is imminent. 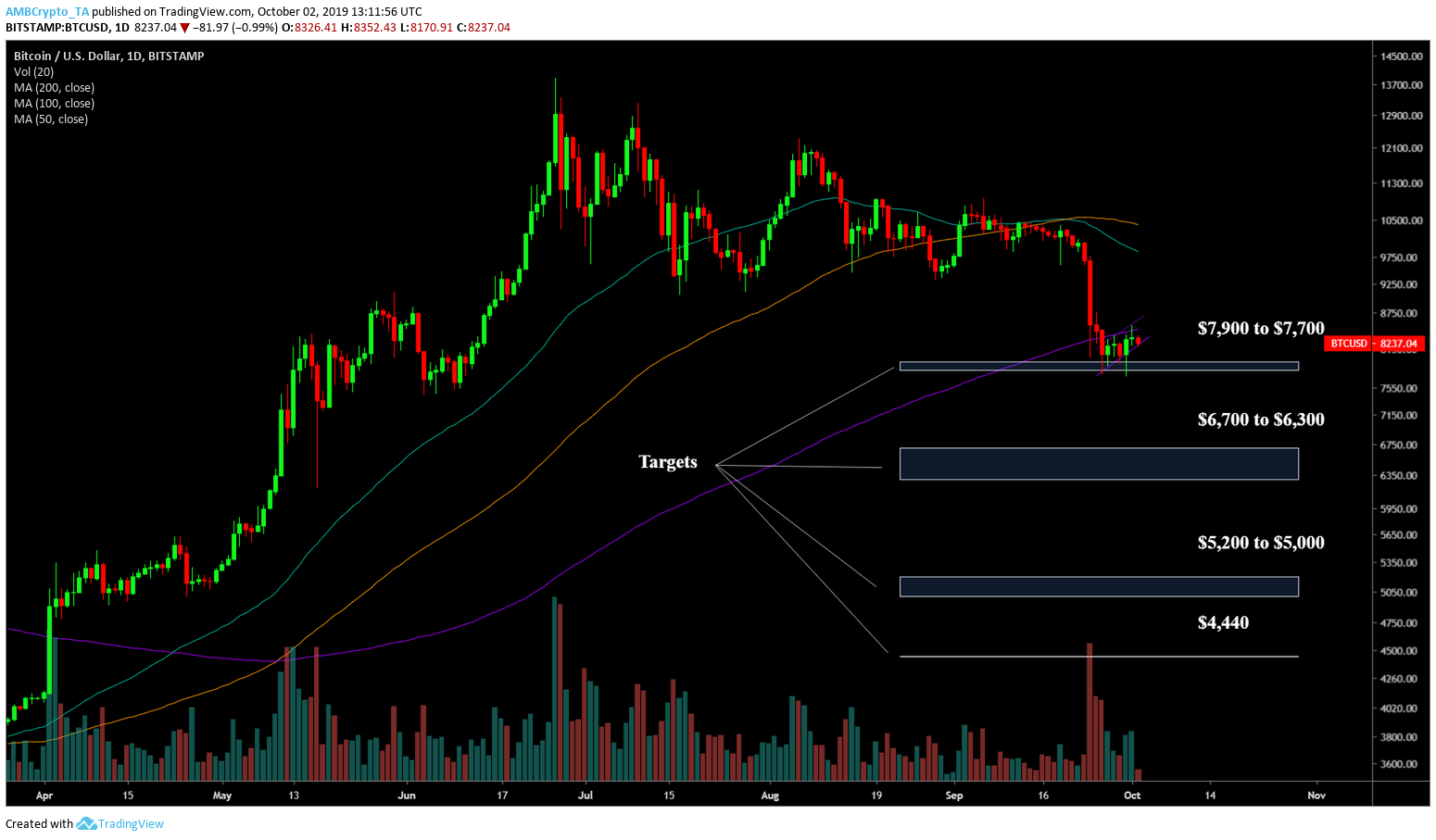 The price has collapsed below the 200-day moving average, indicating the persistence of bears in the market. A breakout out of the aforementioned pattern would result in a drop to a support level ranging from $7,900 to $7,700.

This level is massively important as there is no support beyond this. Hence, a breach in this support means that Bitcoin would nose dive to,

The next few weeks for Bitcoin are very critical. If bulls help save Bitcoin, there is a chance that it could lead to another attempt at $13,800; failure could result in a disaster for it.