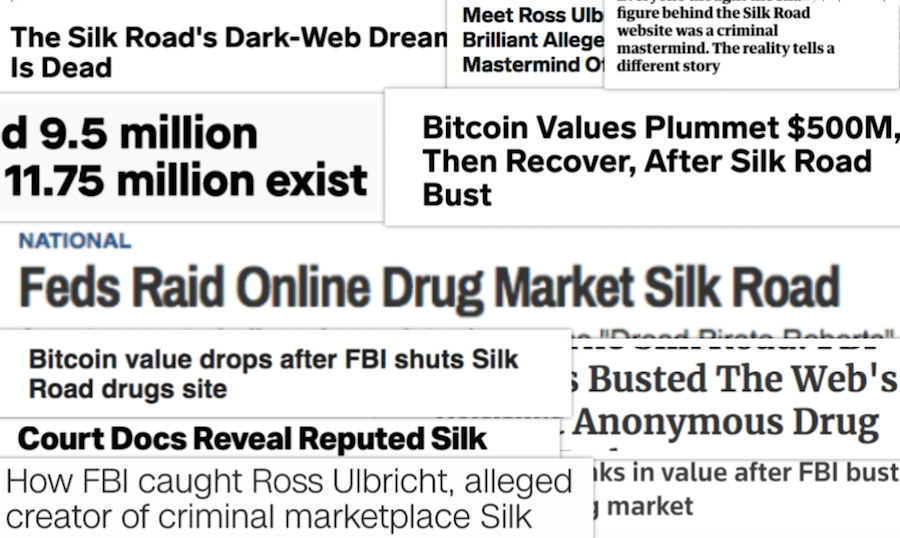 “I think the government should be required to have a warrant to delve into our internet activity. Even the Supreme Court did not address this, leaving all of us vulnerable to secret government surveillance of what we do on the internet.”

~ Lyn Ulbricht, mother of Ross Ulbricht echoed the importance of 4th Amendment rights in an email to AMBCrypto.

It’s the beginning of October, the month of Halloween. It is also marks of the seventh year of imprisonment for Ross Ulbricht. In cryptocurrency space, Ulbricht is undoubtedly one of the popular people. He is hailed as one of the first few people who contributed to Bitcoin’s adoption as a payment system. Everyone’s heard of him, but how many truly know about his story? And why it matters?

His is a story that goes beyond “dealing drugs”; it’s one that reflects the current justice system and questions whether the amendment rights protect everyone irrespective of a person’s privilege, and the reality of how privacy is perceived in a court of law.

In October 2013, FBI had unmasked the man behind Silk Road, an online marketplace where people could purchase anything from drugs to books. Launched in early 2011, some would say that Silk Road rose to fame overnight, riding on the back of Tor and Bitcoin.

It was a safe haven for those wanting to purchase drugs without having to put out personal details, especially for those who sought MDMA. It was run by a person who went by the pseudonym “Dread Pirate Roberts,” a name inspired from ‘The Princess Bride.’

Everyone from the FBI to DEA wanted to know the identity of the person behind this mask. As time passed by, their prime suspect became a man around the age of 30, an engineering graduate and Ph.D. student studying solar cells, Ross Ulbricht.

He was arrested at Glen Park Branch Library in San Francisco, right at the moment he was operating Silk Road as DPR, caught red-handed. Ulbricht’s arrest could have very well been a scene out of an action movie: two undercover FBI agents, one male, and a female pretended to have an argument behind him, at the same time Ross was having a conversation with a Silk Road user forum moderator, ‘cirrus’. A classic diversion tactic!

Little did Ulbricht know that the moderator he was conversing with was a Homeland security agent in guise, waiting to have the chat going till FBI agents could seize his Samsung 700z laptop. Thanks to the well-timed diversions, FBI agents managed to grab Ulbricht’s laptop, when he got distracted for a brief moment. The laptop was then passed to an FBI computer scientist.

By taking control of the laptop, FBI had access to a ton of data and information, including his personal journal that detailed his journey down Silk Road, a piece of incriminating evidence some might say. However, as the Silk Road trial began, several loopholes in the FBI’s story emerged.

It was not just the loopholes but also the way the court failed to uphold Ulbricht’s amendment rights that had some resorting to even threatening the life of the Judge handling the case.

62.75.264.20: the IP address of Silk Road servers. The most crucial part of the case. A social media user pointed on Reddit that the IP address was visible due to a configuration problem with Tor and Silk Road, resulting in the location of the servers being revealed. No opportunities were lost by the FBI, as they tracked down the servers, which led them to locate it in Iceland even before the problem was fixed.

It is still unknown how the authorities managed to gain control of the servers, whether it was procured in a legal manner, or not, including the information that was in their control. Nevertheless, it does raise questions regarding 4th Amendment, a concern that was raised in the court of law as it was highlighted that the government had invaded Ulbricht’s privacy. The 4th Amendment states,

“The right of the people to be secure in their persons, houses, papers, and effects, against unreasonable searches and seizures, shall not be violated, and no Warrants shall issue, but upon probable cause, supported by Oath or affirmation, and particularly describing the place to be searched, and persons or things to be seized.”

This argument, however, was dismissed the minute it was brought up, with the prosecutors stating that locking down the location of the server had nothing to do with the 4th Amendment, even arguing that since they were in Iceland, 4th Amendment had no play in it.

“If we don’t have privacy and fair trials, then we are all in peril.”

Apart from the violation of privacy, one other key aspect that was tossed out of court was the corruption involved in the Silk Road investigation. DEA agent Carl Mark Force and Secret service agent specializing in computer forensics, Shaun Bridges were both under investigation for corruption and one of the charges included stealing Bitcoins from Silk Road.

Both officers played a key role in unraveling the mask of Dread Pirate Roberts and had high-level access to Silk Road, where they could change and manipulate data. Considering that these officers had prior knowledge of the investigation, they easily had the upper hand.

Force was the undercover officer whom Ulbricht allegedly reached out to, in order to have Curtis Green (the man who handled customer service relations of Silk Road) killed. Force and Bridges reportedly faked evidence required to prove that Green was dead, an attempt to gain Ulbricht’s trust.

Following this, both agents had the access required to change aspects of the site including access to administrator platforms and passwords, the ability to change PINs, and the ability to commandeer accounts, including the account of Dread Pirate Roberts.

This was not allowed to be brought up in court as the Judge dismissed the argument stating that the investigations into the officers were still ongoing. Since that case was ongoing, the defense requested that the hearing of the Silk Road be placed on hold until the verdict; this was also ruled out when prosecutors argued that it had no relation with the ongoing case.

“I don’t think you can have a fair trial if all the evidence, especially exculpatory evidence, is not made known to the jury. If the jury had known there were two corrupt agents who had free reign of the site, they may have thought there was reasonable doubt that the evidence they were seeing was tainted.”

Who is the REAL DPR?

When the case was ongoing in New York, Ross Ulbricht had admitted that he had indeed created the darknet marketplace, but, it was later handed over to another person. The suspects the defense wanted to bring up was not just anybody, it was those the authorities had themselves had suspected of being DPR.

Out of the three main suspects, one was Mark Karpeles, the CEO of the now-defunct exchange, Mt. Gox, the person that defense pressed was more likely to be Dread Pirate Roberts. Even Curtis Green, former Silk Road admin, also claimed that there were multiple people behind the pseudonym DPR, admitting that even he was behind the mask once. Someone had logged in into Silk Road as DPR after the arrest of Ross Ulbricht when he had no access to the marketplace whatsoever.

However, the possibility of bringing up another suspect was also thrown out of the court, with Judge Forrest striking the claims from the record altogether.

“The loneliest moment in someone’s life is when they are watching their whole life fall apart, and all they can do is stare blankly” ~ F. Scott Fitzgerald

A ray of hope

In a reaction to Ross’s sentencing, a petition for clemency was created on Change.org. According to Criminal Law, Clemency is:

“Clemency under the criminal justice system is the act by an executive member of government of extending mercy to a convicted individual. In the United States, clemency is granted by a governor for state crimes and by a president for federal crimes. Clemency can take one of three forms: a reprieve, a commutation of sentence, or a pardon.”

At press time, 214,604 people signed the clemency petition and Ross’s mother, Lyn Ulbricht hopes that the number increases. She said,

“It is time to let Ross out. He is a danger to no one. He would never create another website like Silk Road. He has much to contribute. We are thrilled that his online clemency petition has almost 215,000 signers and encourage anyone who hasn’t signed yet to please do that and share so we can get to 300,000”

Crypto protagonist Bitcoin’s narrative flips with surge from $7,700 to $8,800