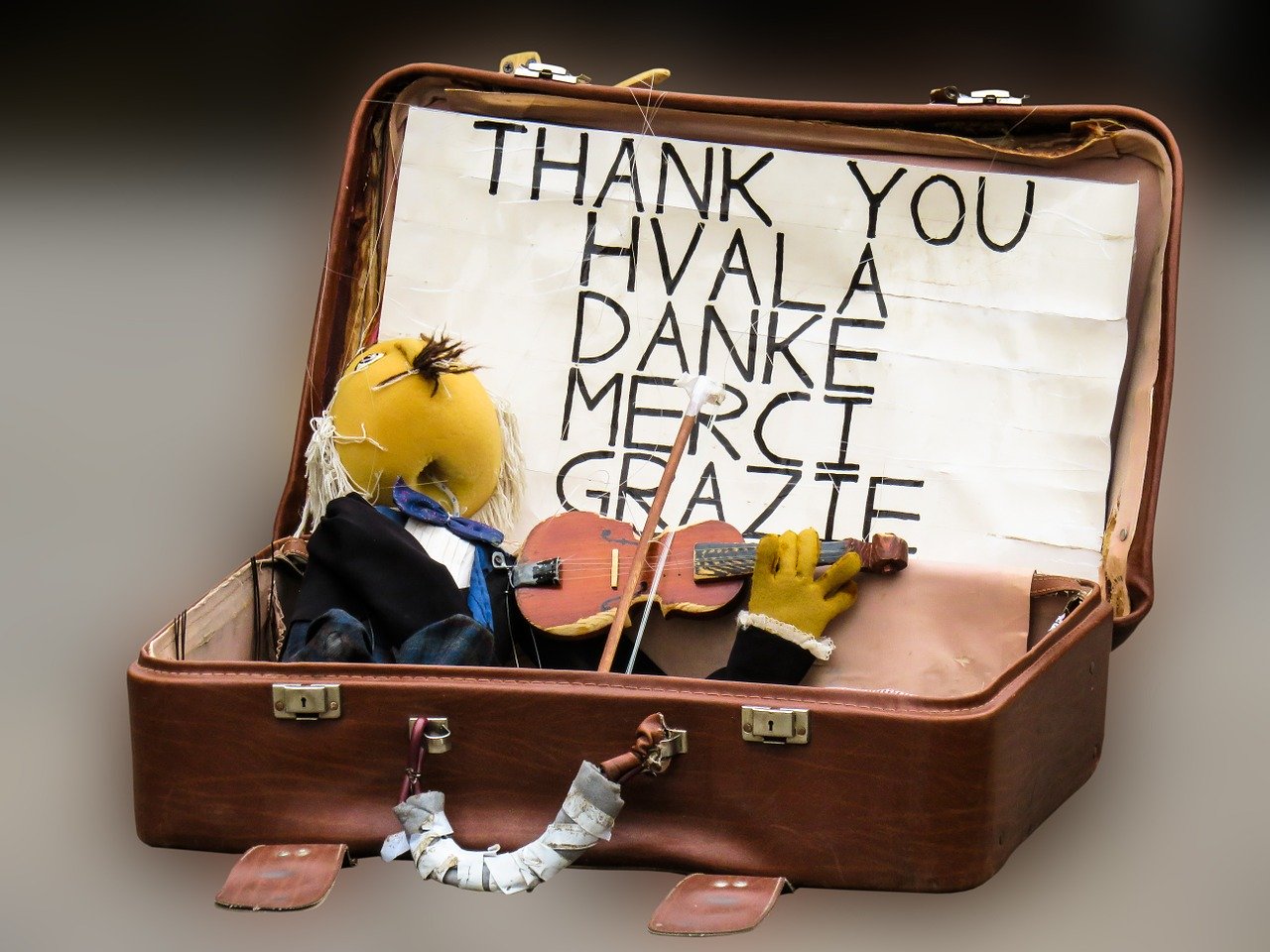 From the days of Ancient Rome when Marcus Porcius Cato ferociously opposed Julius Caesar’s wealthy and interfering donors, to President Theodore Roosevelt calling for the eradication of “all contributions by corporations to any political committee or for any political purpose,” campaign finance and political donations have been at the center of electoral reform, especially in the United States of America.

The emergence of cryptocurrencies over the last few years, however, has given rise to questions hitherto unexplored in campaign finance.

Many expected these questions to have been answered after the United States’ Federal Election Commission ruled that Bitcoin can be accepted as an ‘in-kind’ contributions to a political campaign, with the FEC later issuing an advisory which conclusively stated that Bitcoin is “money or anything of value,” within the definition of “contribution” under the Federal Election Campaign Act of 1971.

However, that has not been the case.

In fact, despite a handful of political figures across the United States announcing the acceptance of crypto-donations, the idea of anyone accepting Bitcoin in the form of campaign contributions has some form of stigma associated with it. However, calling it a ‘stigma’ may be characterized as a simplification of the problem.

Since the FEC ruling, many factors have contributed to the stunted growth of crypto-donations in campaign finance.

Shadow of the Silk Road

While more widely accepted today, Bitcoin and cryptocurrencies haven’t lost Silk Road’s shadow and its initial association with the dark web. A survey undertaken by Clovr came to the same conclusion after its results revealed that a tripartisan majority believe that cryptocurrencies are more likely to be used illegally in the political system than the U.S Dollar.

This perception has been fed by a myriad of news reports and studies that may or may not have exaggerated the use of cryptocurrencies for illegal activities. A paper from 2018 for instance, asserted that “one-quarter of Bitcoin users and one-half of Bitcoin transactions were associated with illicit activity,” adding that Bitcoin’s use for illicit trades constituted a $72 billion market.

It should be noted, however, that the same paper also claimed that cryptocurrencies were effective in the detection of illegal activity because of the public nature of the blockchain. Kind of a mixed message, eh?

The ruling, which was based on the cryptocurrency’s market value at the time, placed a cap of $100 on Bitcoin donations. However, since this was an ‘advisory’ ruling, politicians across state boundaries have been given some leeway here, with some often allowing themselves to adhere to the higher cap on political crypto-donations.

There are other issues too. For starters, the cap doesn’t account for the cryptocurrency’s price volatility. On the day of the ruling, May 8, 2014, Bitcoin’s price was recorded to be $437.82. Since then, Bitcoin has almost breached the $20,000 mark, before falling again, and settling at $7741, at press time.

Further, back in 2014, Vice Chairwoman of the Federal Election Commission, Ann Ravel, had said that Bitcoin “allows for anonymous and untraceable transactions, which would clearly undermine what is the most important, in my mind, the purpose of campaign finance laws, and that is transparency and the disclosure of political spending.”

That’s an admirable sentiment, but is that the case? Well, not really.

Her statement ignored the fact that all Bitcoin transactions are recorded on a public ledger known as ‘blockchain,’ and thus, are largely traceable. Neeraj Aggarwal, Coin Center’s Communications Director, said it best when he said,

“You can actually perfectly trace every Bitcoin’s movement from its origination from the very beginning of Bitcoin. It’s therefore, possible to detect multiple donations sourced from the same stash of coins, which may signal overshooting the legal maximum.”

It must be noted, however, that the FEC’s point does have some merit as while blockchain allows traceability of all transactions, it doesn’t always facilitate the identification of the person or entity behind such a transaction. In fact, this is an issue politicians accepting crypto-donations have struggled with as well.

Finally, how many people even use crypto for political donations? Not many. In fact, common consensus is that Bitcoin is no longer the medium of exchange it was initially intended to be, with the cryptocurrency now more useful as a store-of-value asset. Would people really use Bitcoin to make a contribution when they know its value can surge by $1000 within a few hours of their contribution? Not really.

As touched upon previously, cryptocurrencies have become more acceptable and recognizable over the past few years. This is the case with political donations as well, with the 2017-18 election cycle recording almost $570,000 in cryptocurrency donations made to nine Federal candidates, parties, and Super PACs. While an encouraging figure, in the larger scheme of things, this is a minor league figure as the same election cycle raised $2.5 billion in donations.

The growing acceptance of cryptocurrencies as a tool for making political donations was reflected by the aforementioned survey as well, with the same concluding that a growing number of U.S citizens would prefer to donate using exclusively digital currencies, or a combination of the U.S Dollar and cryptocurrencies.

Interestingly, many were very vocal about accusing Yang of catering to the Silicon Valley vote-bank (Whatever that means) with a ‘marketing ploy’ such as this. This isn’t the case, however, according to Fabio Canesin, Co-founder of Nash.io. He told AMBCrypto,

“Cryptocurrencies are native to the internet. In the age of social networks, that is a powerful funding venue if you can reach your public. So I don’t believe it is only a marketing ploy.”

Whatever the motivation behind Yang accepting crypto-donations, what was evident was that doing so wasn’t as easy as many thought it would be. Individuals wishing to donate to Yang’s presidential campaign in cryptocurrencies had to schedule a 15-minute phone call with the campaign’s Compliance representative so that the latter could make sure the donor is a U.S resident who is eligible to vote. Objectively, that’s a lot of work for something meant to be quick and easy.

Bitcoin and the world of cryptocurrencies have long suffered at the hands of prejudiced perception. However, they aren’t alone. Over the past few years, politicians accepting crypto-donations have been at the end of a lot of ridicule and criticism.

The degree of mistrust in politicians accepting crypto-donations was highlighted by the aforementioned survey as well, with 64% of its respondents answering ‘Yes’ to the question of ‘Would politicians take advantage of looser regulations on cryptocurrency donations?’

This, and the fact that Bitcoin has been used for illicit activities in the past, perpetuates the prejudice against such politicians.

This could be one of the reasons why Hillary Clinton’s aides rejected the idea of crypto-donations back in 2016, claiming them to be “too Libertarian.”

Then there’s the question of foreign involvement. While not a usual question to ask during the election cycle, a grand jury indictment ruling that Russia used cryptocurrencies and cryptocurrency exchanges to interfere in United States’ financial transparency and political financial systems has everyone on their toes. Ergo, a lot of respondents are naturally skeptical about embracing any candidate who is open to crypto-donations.

In Ancient Rome, the question of what constituted political donations and political corruption was answered by a fuzzy distinction between ambitus (electoral bribery) and benignitas (generosity). When that wasn’t enough, the Romans turned to brilliant orators like Cicero to draft strong anti-corruption laws (Which Cicero promptly named after himself and used to acquit the first man charged under it, an ally).

The world has moved on from Ancient Rome, and the FEC’s 2014 ruling on Bitcoin donations was welcome evidence of this evolution. But, its drawback lies in the fact that while intending to encourage donations from a secondary monetary source, it has restricted them. Further, as argued above, the ruling has made no attempt to address the volatility inherent to cryptos such as Bitcoin.

It is now time for the FEC and other appropriate authorities to legislate on the future of crypto-donations in the United States’ political system. An advisory issued in 2014 cannot be the benchmark for political donations in 2020.