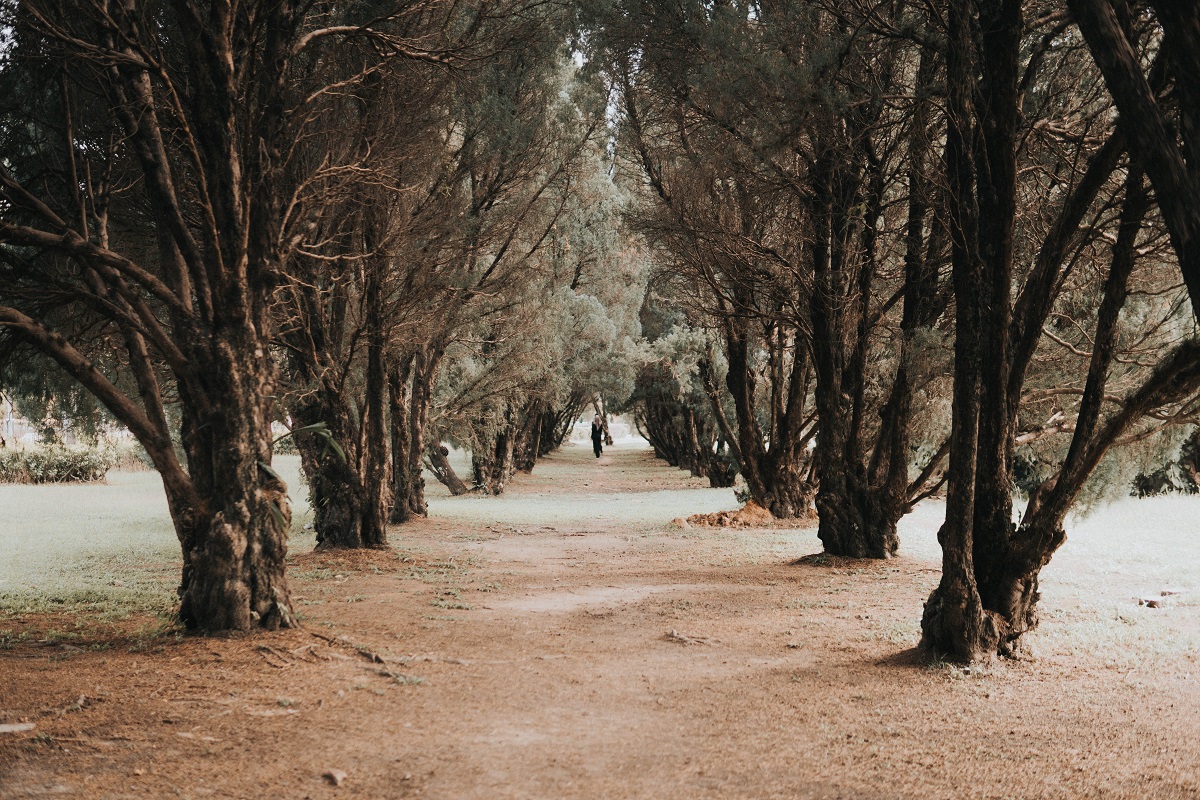 The month of May hasn’t been very good for a lot of cryptocurrencies in the market, with almost all altcoins seeing their prices fall on 1 May. However, while some coins have recovered and started a bull run, others like Bitcoin Cash, Ethereum Classic, and Dash continue to follow a bearish trend that might persist for a few more days. 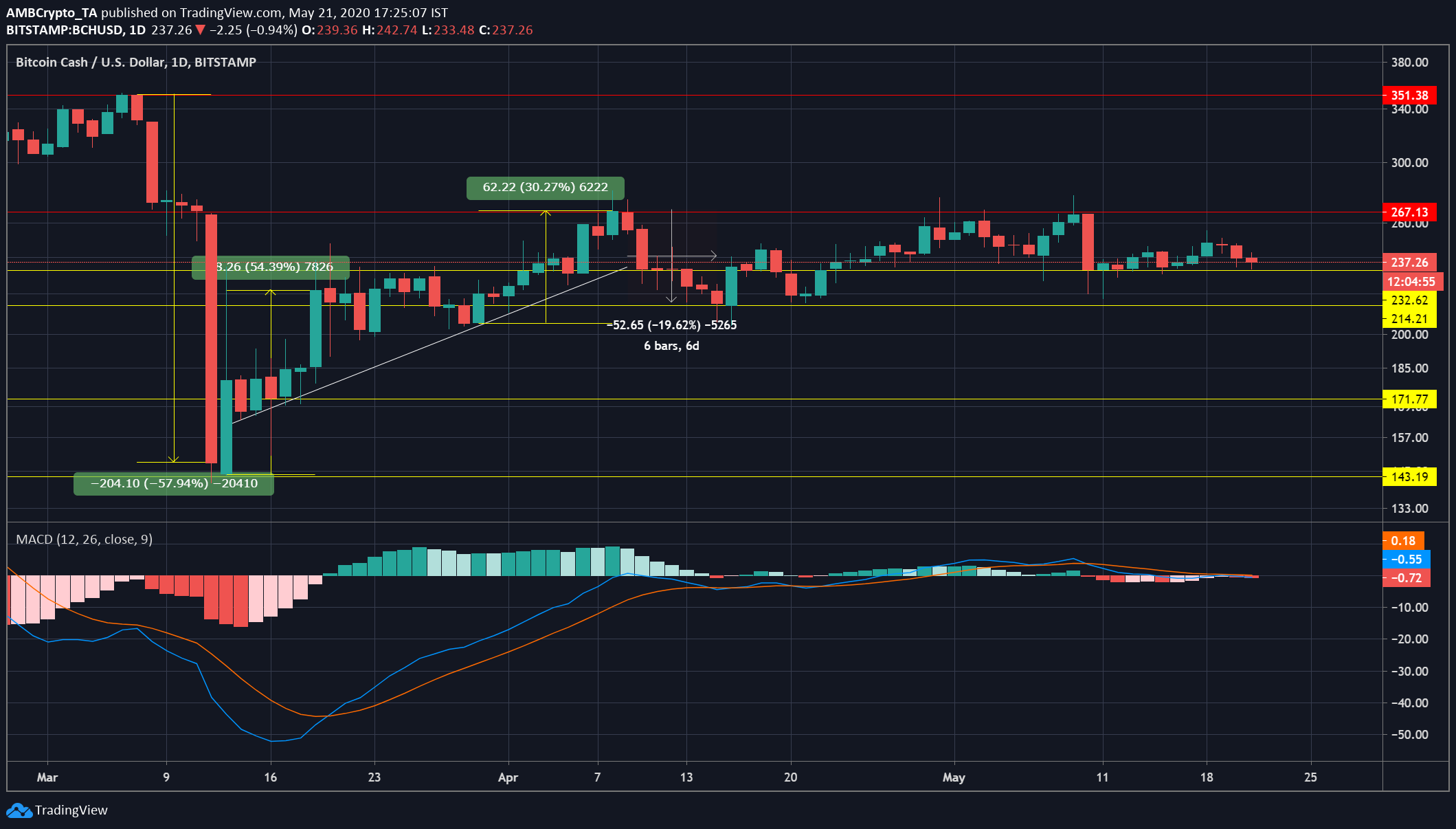 Bitcoin Cash, after noting a 57% fall following the March market crash, recovered pretty quickly. The fork coin soon found support at $214.21. After 20 April, the coin was maintaining a stable price level for a while, with not many price fluctuations. However, with the start of May, the coin started to go on a downward trend, one that continued till 11 May.

Although the coin rose up again on 18 May, it seemed to have entered the bearish territory again, at the time of writing. The coin might continue going south in the coming days, something confirmed by the MACD indicator’s bearish crossover.

If this was the case on the price-front, on the developmental side, the BCH network recently completed another upgrade, adding a couple of new features to the blockchain like opcode support, a chain limit extension, and the improved counting of signature operations using the new “Sigchecks” implementation. 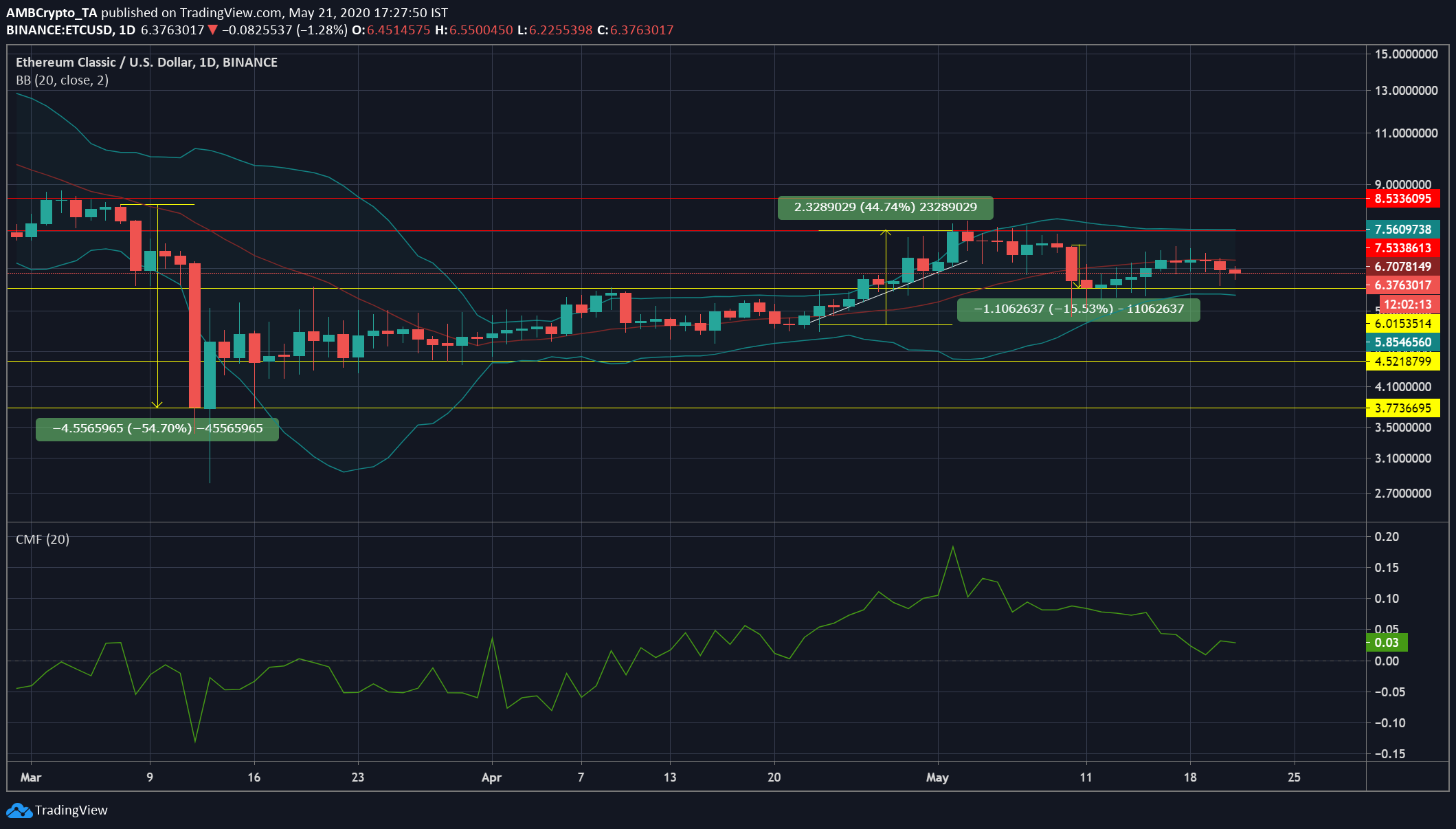 Similarly, the 19th-ranked coin, after recording a drop of 54%, recovered soon after and found support at $4.52, a level that was maintained for over two weeks. The coin registered another rise in price worth 44% on 20 April, with the coin finding support at $6.01. However, just like all other alts, ETC dropped on 1 May and might continue to do so for a while, something confirmed by the Chaikin Money Flow resting below the zero line. 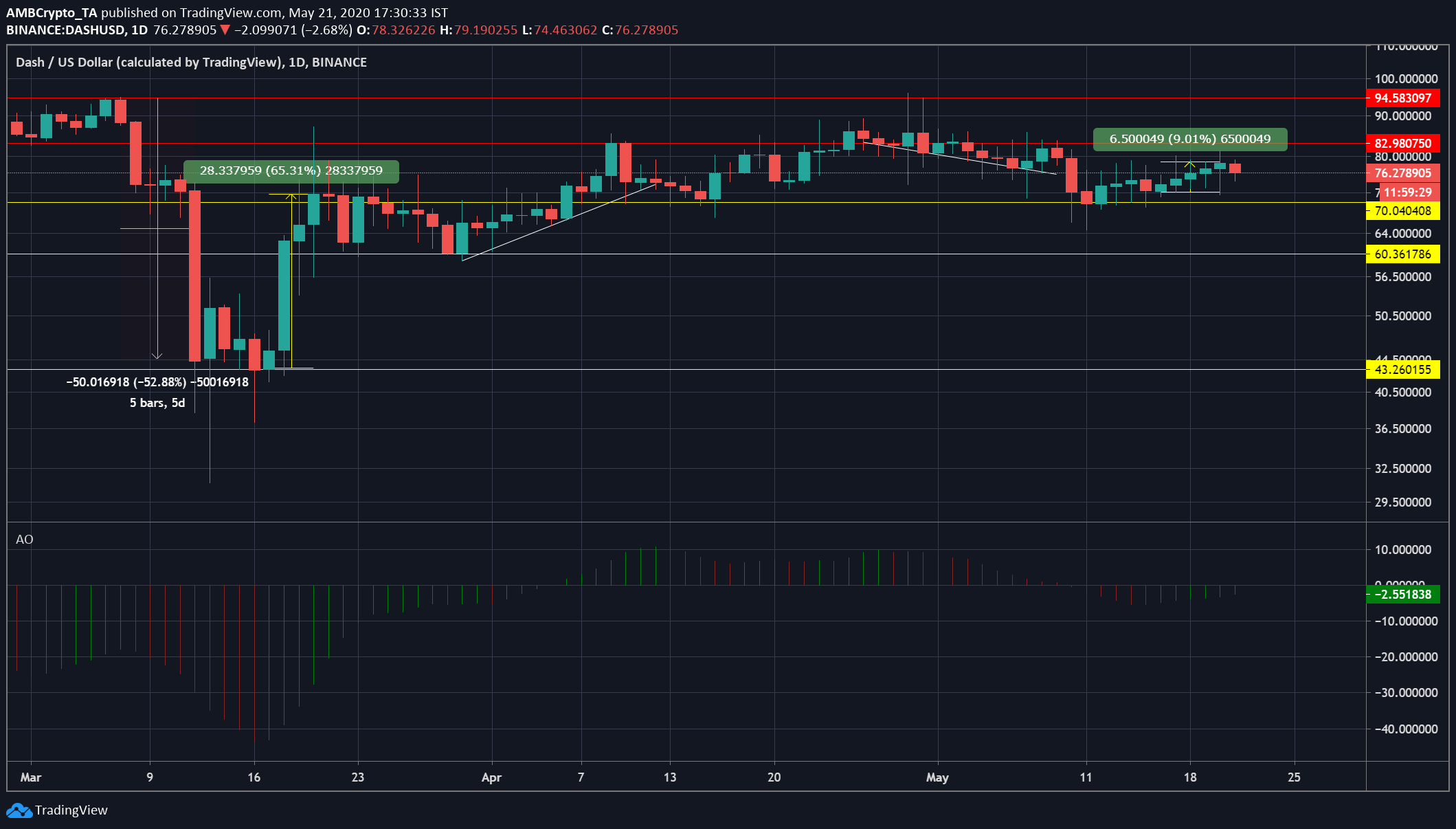 Dash was among the market’s fastest recovering coins, following the March market crash. As seen in the attached chart, the coin went on a bull run with the start of April, while recording significant gains. However, the fag end of April wasn’t very good for the coin, with a persistent downtrend continuing till 11 May. On 16 May, the coin registered a rise of 9%, but the coin, at the time of writing, seemed to have started on a bearish run again.

The Awesome Oscillator indicator also hinted at a downward breakout in the next few days.

Dash, a crypto-coin with optional privacy features and a decentralized autonomous organization (DAO) for governance, has seen many recent developments and has performed quite well over the past month. The fact that Dash has moved up the CoinMarketCap ladder by one step is proof of this statement.

Related Topics:Bitcoin CashDashethereum classic
Up Next

Are Bitcoin’s alleged risks worth the worry anymore?

BestChange, platform in service of cryptocurrency users for 13 years continues to lead the industry