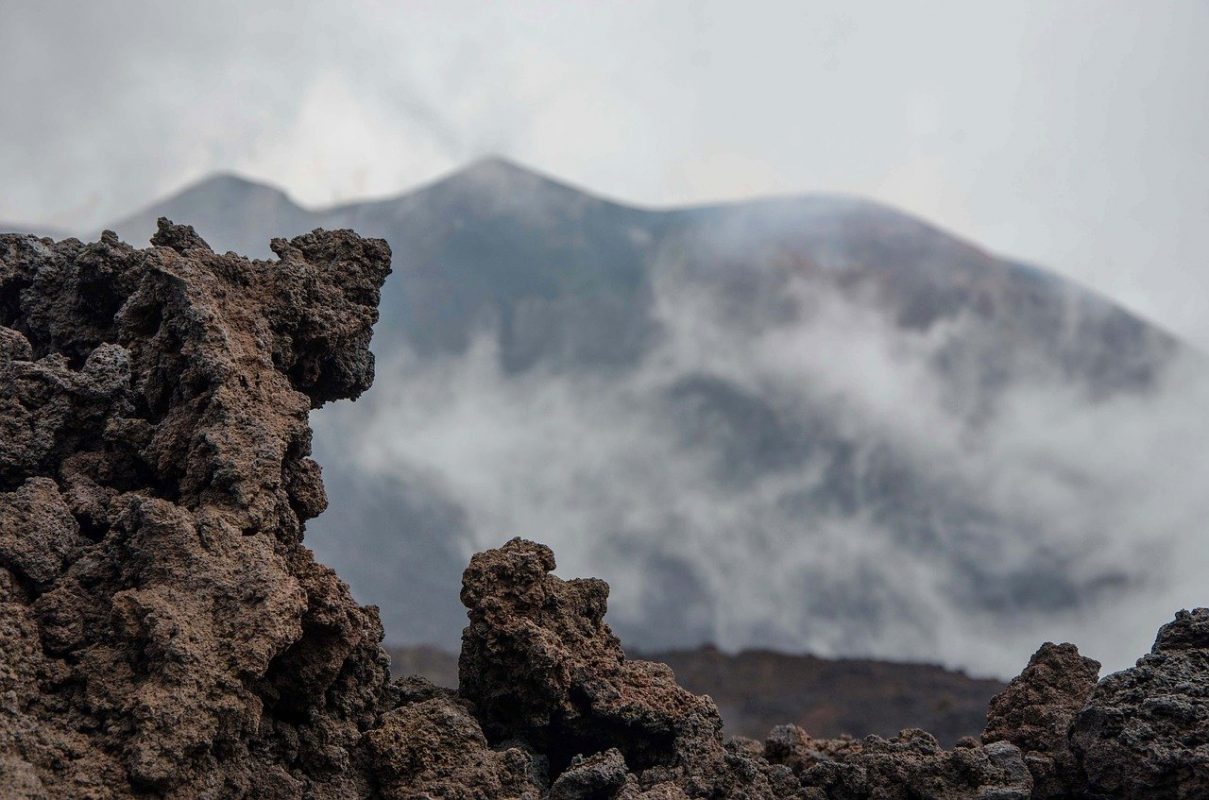 Bitcoin reached its all-time high on many exchanges a few hours ago and was trading at $19,371 at press time. XRP and Dash had buyer interest and momentum behind them and moved back toward their local highs. IOTA saw some indecision in the market, and at the time of writing was headed for a minor dip to a level of support. 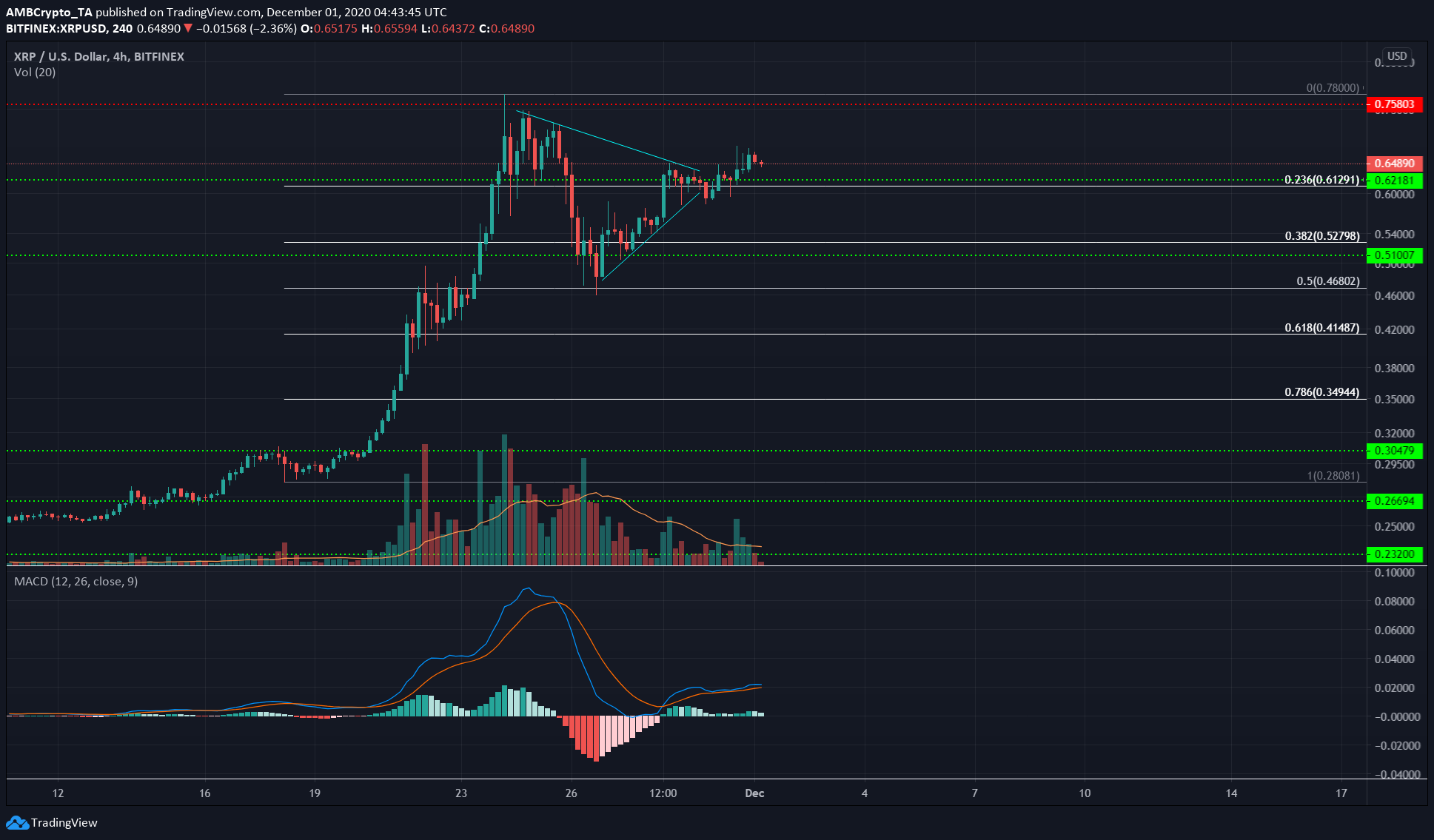 The MACD was above the zero line to denote the recent bullishness for XRP, but the MACD line and the signal line were in close proximity, which showed that the momentum has been subdued over the past few trading sessions.

The trading volume has risen since the triangle pattern was formed, and XRP has recovered and flipped the $0.62 level to support.

In related news, Binance launched quarterly coin-margined futures for XRP, which uses the base asset as collateral for trading the contracts with up to 75x leverage. 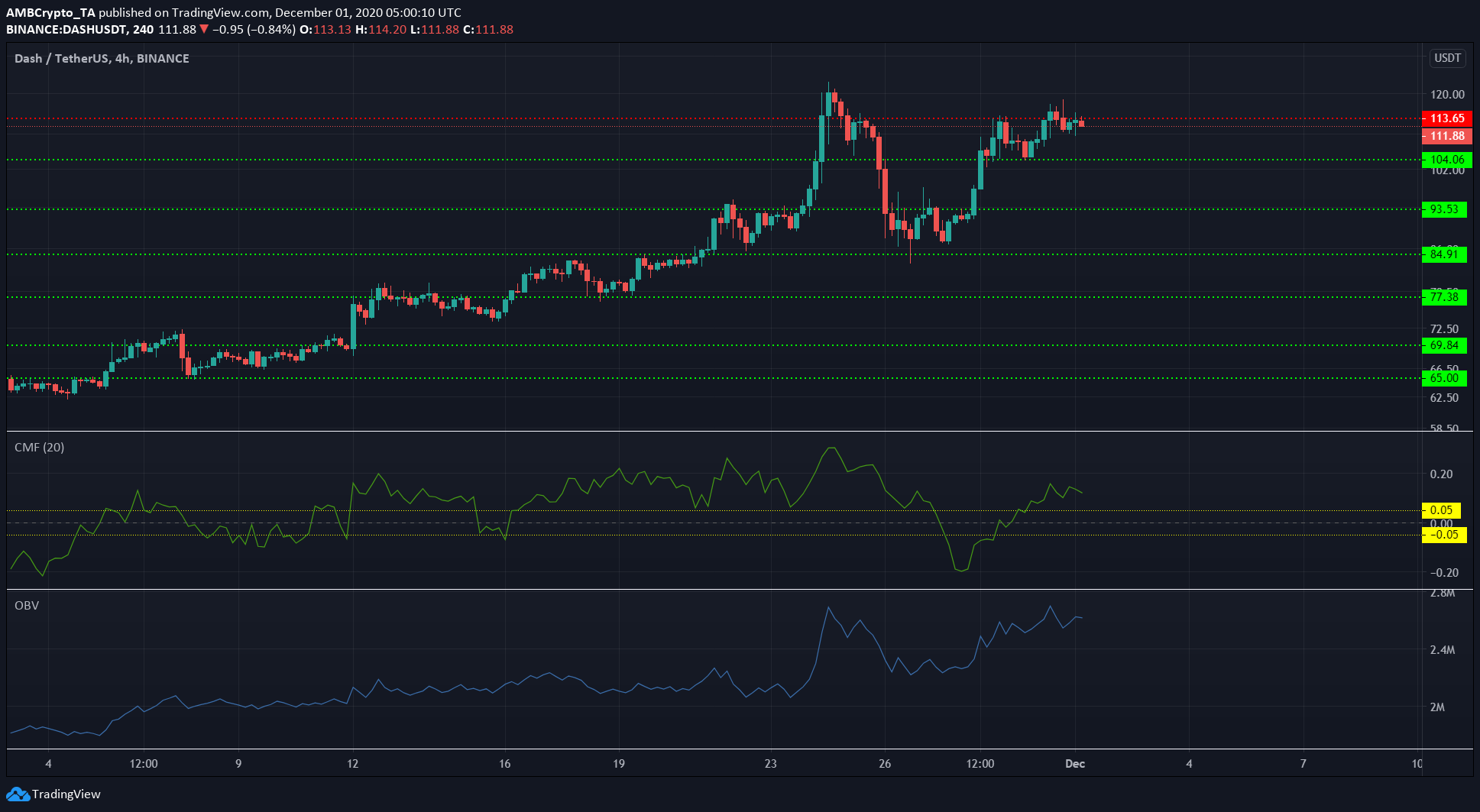 The OBV showed strong buying volume behind the asset. Even the steep drop from $122 a few days ago did not see undue selling volume, and buyers have picked up the pace in the days since.

The CMF was also on the rise and climbed from below -0.05 to above +0.05. This indicated that capital, which had, overall, been leaving the market a few days ago, has seen a turnaround, and now overall, the capital was flowing into the market.

This buyer interest can see the price reclaim $113 as a level of support once more. 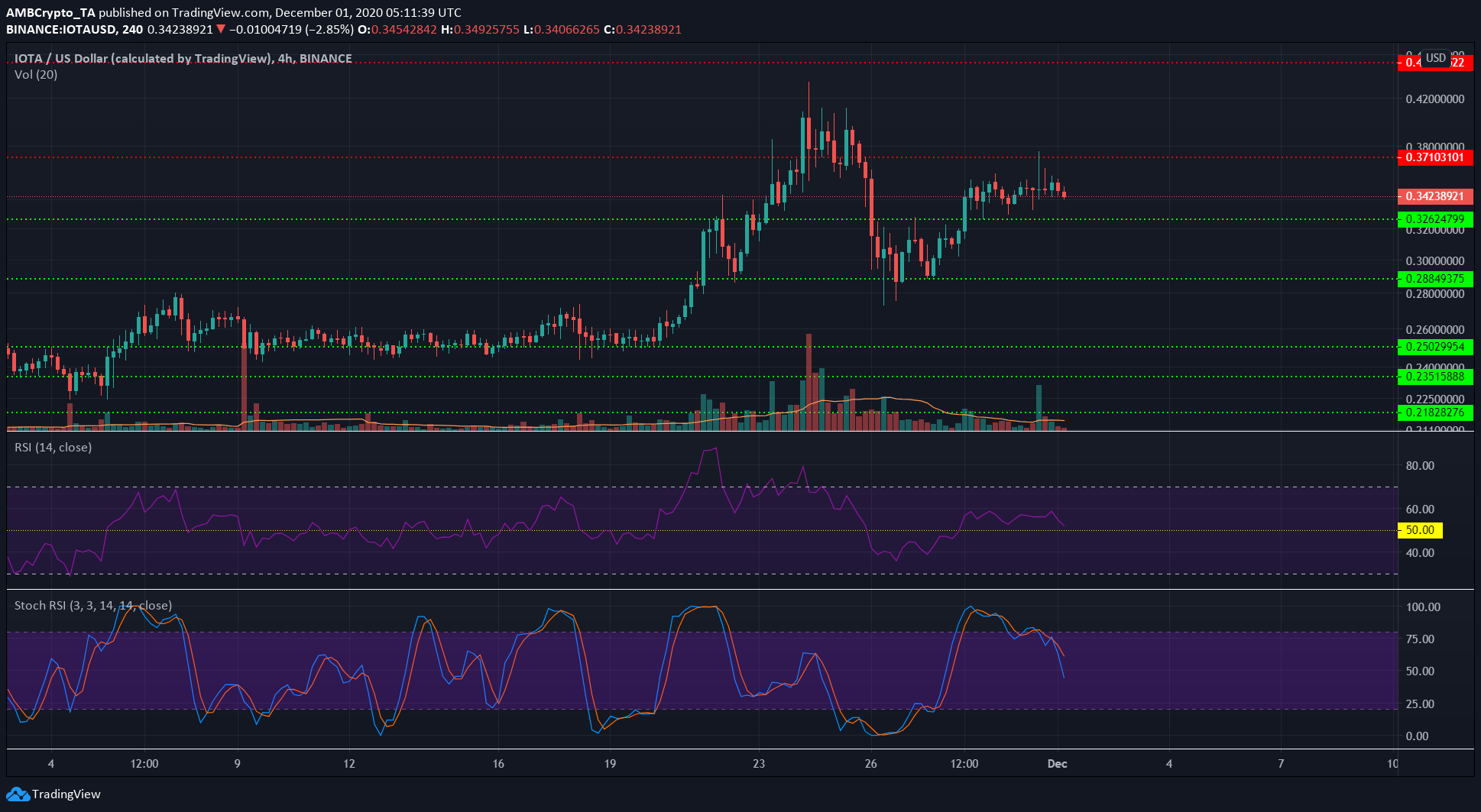 The previous day, bears and bulls clashed with conviction and neither could take the prize. The trading volume spiked extraordinarily above average but the price hardly budged.

This indicated indecision, as bulls were able to test the resistance at $0.37 but bears also succeeded in pushing the price back down to where the candle opened.

The RSI showed neutral momentum for IOTA in the short-term, while the Stochastic RSI was recovering from its foray into the overbought region a few days ago.

It was likely that IOTA would test $0.32 as support in the coming hours.