Breaking out of its consolidation period, Bitcoin‘s value increased to $11,731 on 12 October, before dropping to $11,385, at the time of writing. This drop could be the minor corrections taking place in the market, but this was the longest time frame BTC’s value maintained its position above the $11k resistance in a while. The surging value of the largest digital asset is aligned with another trend not seen since 2019.

2020 had seen the number of BTC whales, that is the entities holding at least 1000 BTC, grow consistently. However, this trend was halted in early September as the number of whales sighted in the BTC market was falling. This was the first decline since late 2019 as highlighted by the chart below. 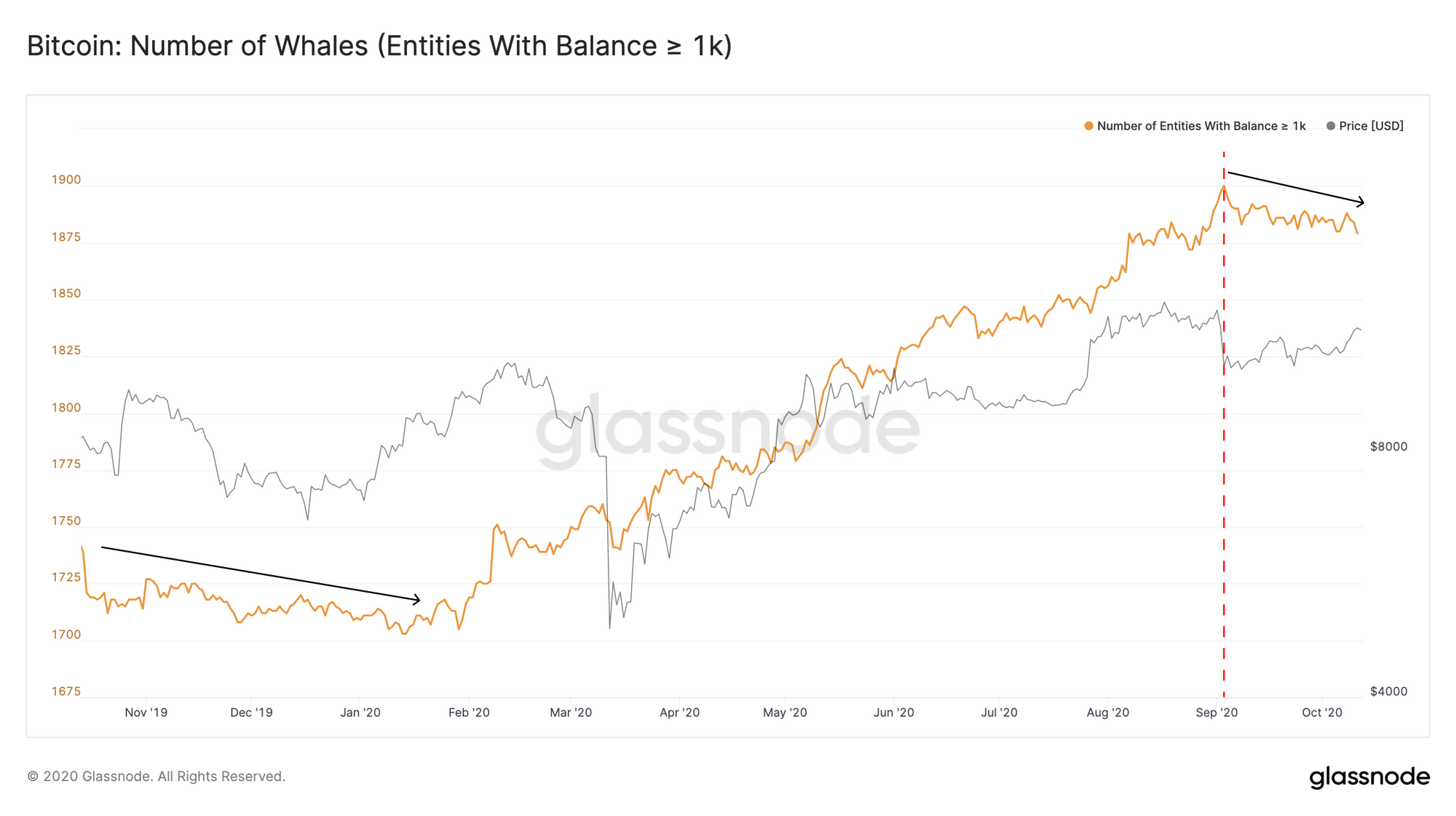 The beginning of the decline in the number of BTC whales has historically suggested an increased interest from retail investors and the beginning of a run-up to a market top. A similar trend was visible between 2012 and 2014-15. 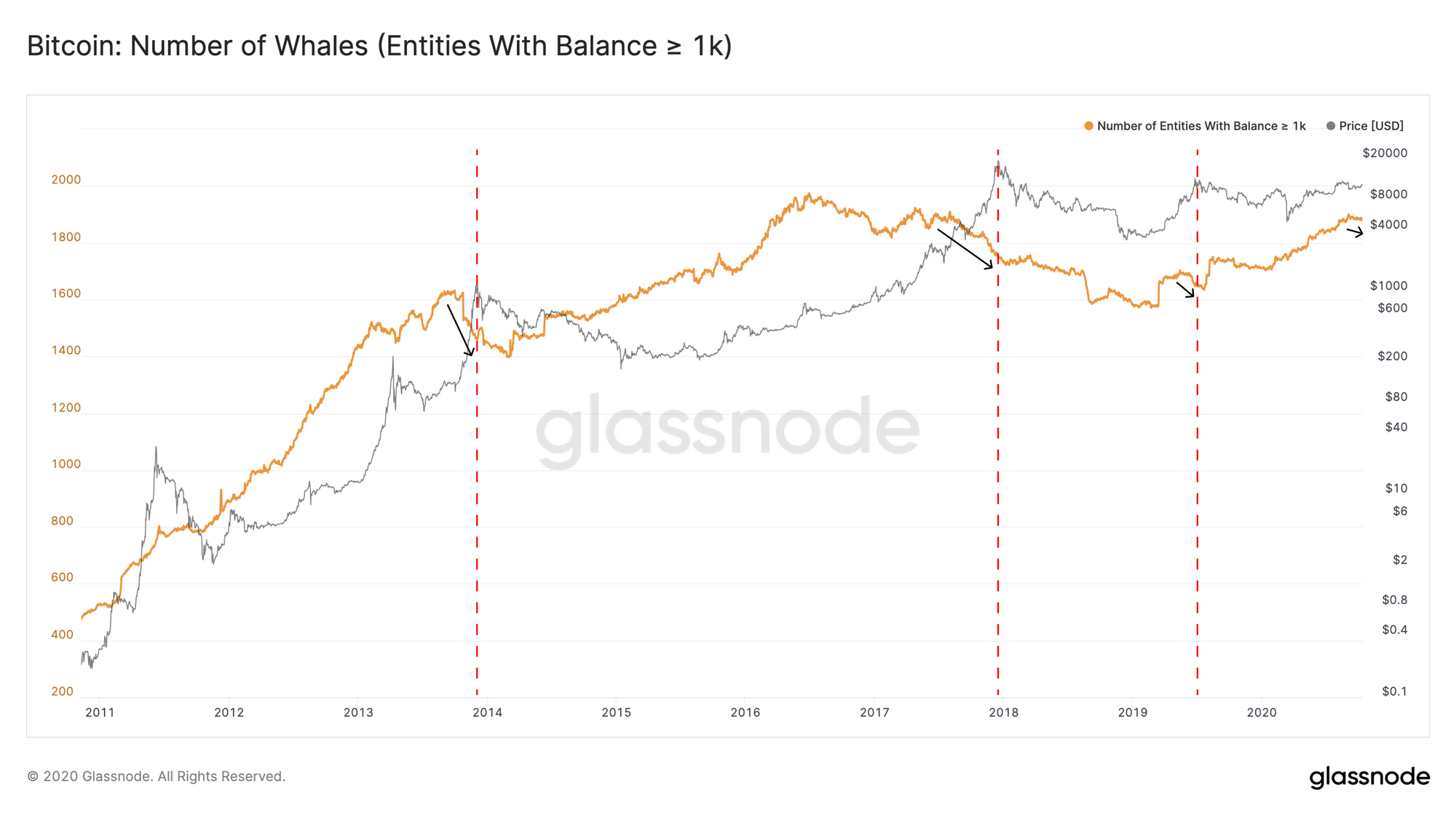 Nevertheless, the fall was slow, gradual, and seems to be still in its early stages. As noted from the above chart, the period of falling addresses was followed by a rise in BTC price. The current trend may suggest the beginning of another bull run but the price of BTC will have to follow the historical trends associated with the dropping of whale sightings in the market.

Meanwhile, the on-chain fundamentals have been showing a positive turn. The sentiment on the market has improved significantly, as per Glassnode’s data. However, trading liquidity had witnessed a drop given the reducing exchange inflows as well as a decrease in the number of stable coins relative to BTC supply. Adding to these metrics, the network activity and network growth witnessed a boost due to new entities joining the network and an increase in the rate of on-chain transactions.

The on-chain fundamentals are showing strength and if BTC’s price follows through with the previous trends, the market just might be at the foot of a tedious climb.

Related Topics:Bitcoin whalesGlassnode
Up Next