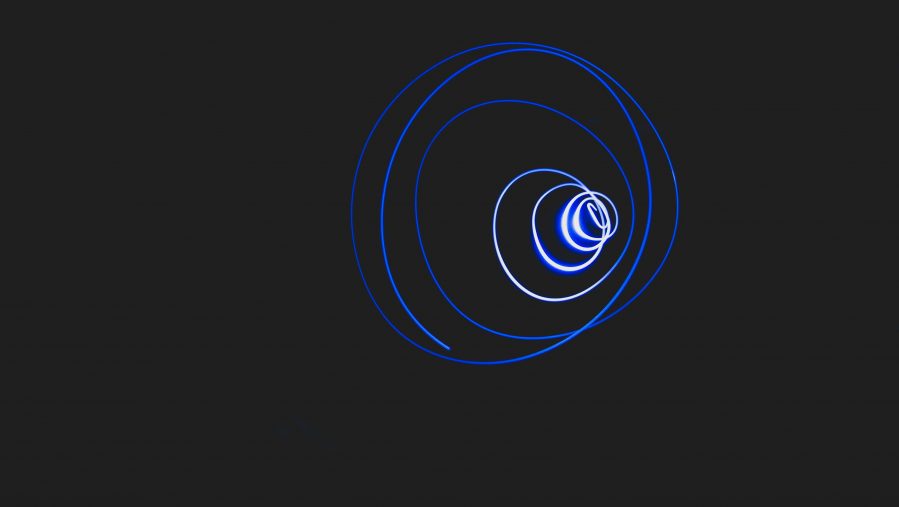 In a way, volatility is what makes cryptocurrencies, cryptocurrencies. However, Bitcoin’s recent collapse of $1,200 came as a shock to most people as liquidations poured in. That being said, the collapse is interesting because the fundamentals on the network have shifted from bullish to skeptical and possibly, bearish.

The Spent Output Profit Ratio [SOPR] is a ratio that measures how profitable a BTC transaction. The SOPR does this by taking into account BTC’s realized value and value at creation. Created by Renato Shirakashi, the SOPR is simply the ratio of price sold and the price paid. It is used as a reliable indicator to determine local tops & bottoms.

In a bull market when SOPR falls below 1, it means that Bitcoin is being sold at a loss. This can be further interpreted as a local top, which would be caused due to a massive sell-off. At press time, the SOPR value for BTC had collapsed below 1; Hence, this could indicate a local top. 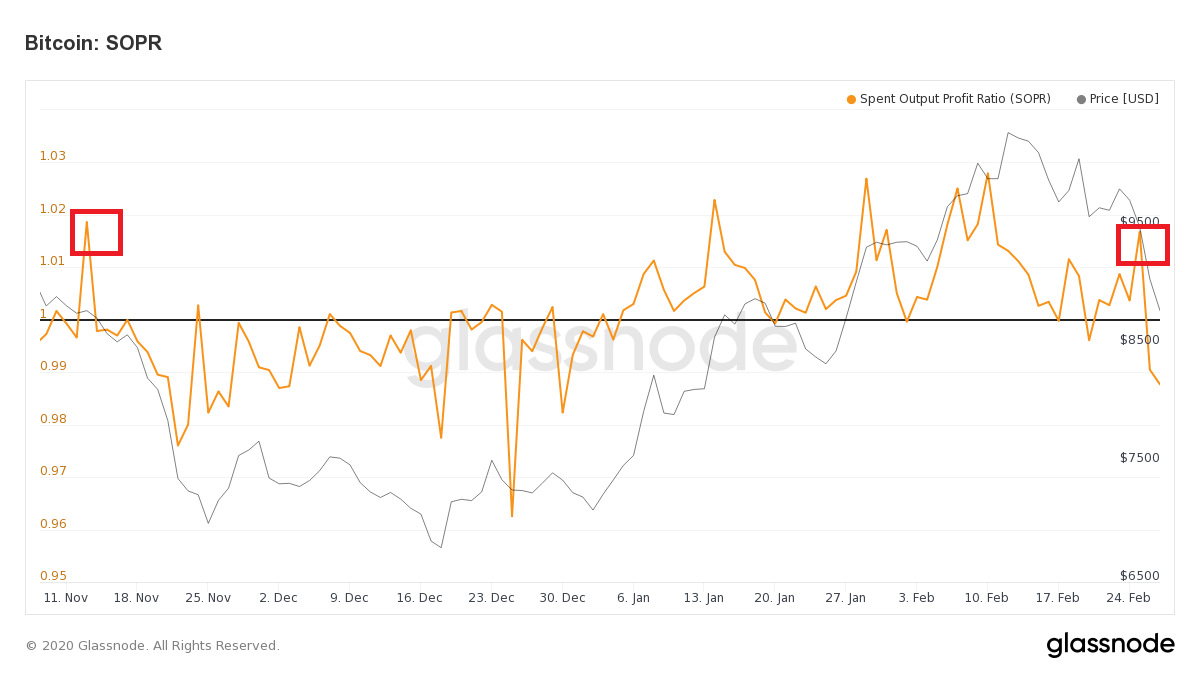 As seen above, the current situation of BTC is very similar to November 2019’s, a time when the SOPR dipped below 1 and kept collapsing. From 13 November to 22 November, the price of Bitcoin fell from $8,800 to $6,997. This 20% drop was a signal indicating that Bitcoin found a local top in October.

At press time, the same seemed to be playing out. The 14 February surge was the peak for Bitcoin aka the local top and the same was highlighted by the SOPR’s dip below 1. 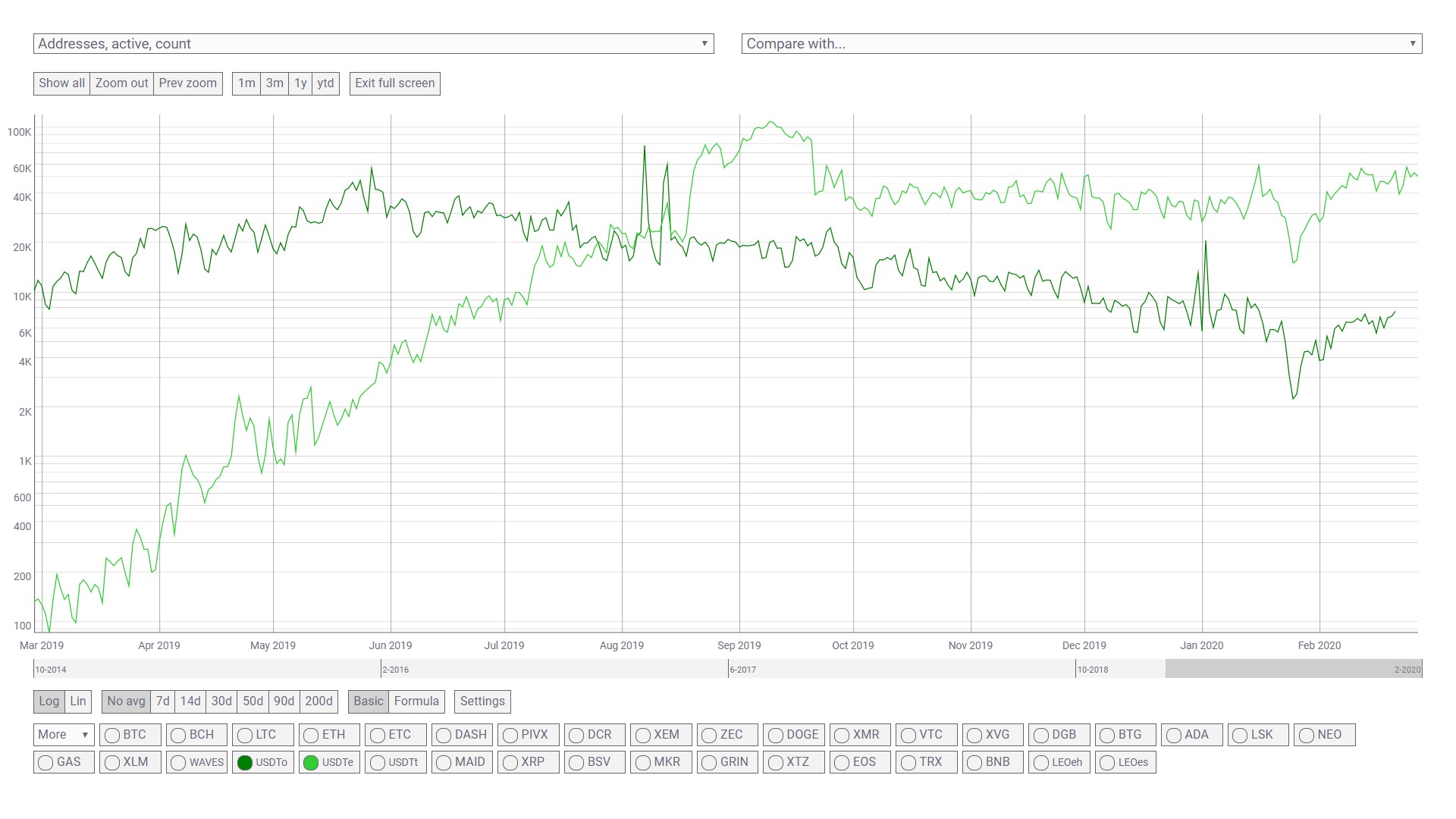 The fall in the number of active addresses indicates that the number of people hedging, either in crypto or others, have lost interest. Considering the latter, it means that people willing to get into Bitcoin are fewer than before.

With the recent DDoS attack and Bitcoin’s crash, the $8,500 support will soon break, contributing to more downtrends while further confirming the local top theory.