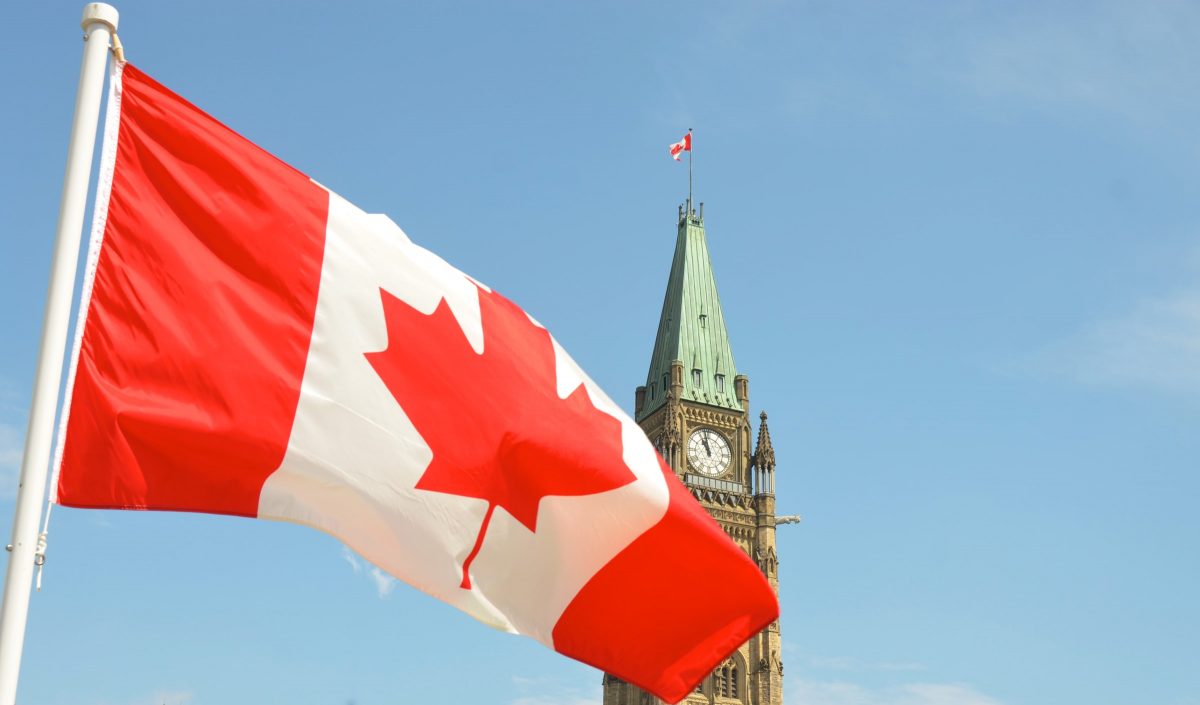 After recovering from a drop of nearly 3.5% based on data from CoinMarketCap, many believe that there is little resistance to Bitcoin’s price climbing from $16K to a new ATH on the charts. However, while most people are concerned and excited about Bitcoin finally breaching its ATH, what seems to be lost on most is that Bitcoin has already surpassed the monetary base of the Russian Ruble.

The same was highlighted on the latest episode of the Bad Crypto podcast. In fact, the Ruble weakened against the backdrop of the Presidential Elections and one dollar is now the equivalent of nearly 77 rubles, as opposed to 59 in 2017. The same was projected by some in the crypto-community, including Alistair Milne, who foretold that Bitcoin would soon hit a new ATH in Russia and Colombia last month. 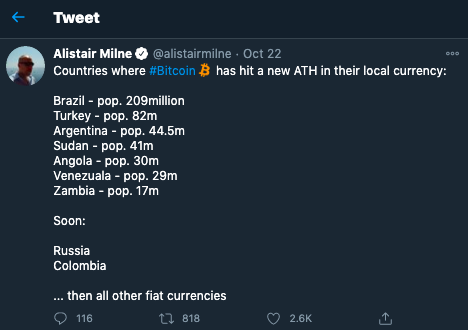 That’s not all and Bitcoin is now on course to surpass Canada’s monetary base. Including bank reserves, monetary reserves, and whatnot, this will possibly happen when Bitcoin’s price crosses $18,000. While on face value this seems like a stretch, it should be noted that right now, Bitcoin’s market capitalization is just under $300B, much higher than that of Bank of America, Netflix, and Shopify. If its market capitalization keeps on rising, it will soon be in the world’s top-20 assets by market capitalization, alongside Facebook, Tesla, and Apple.

Why so bullish, one can ask? Well, according to noted trade analyst Willy Woo, 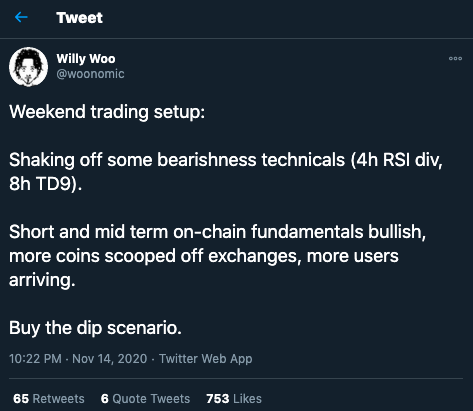 The aforementioned bearish technicals can be explained through recent price charts from spot exchanges. However, there is also enough data from derivatives exchanges to help the retail trader look past it. The Open Interest and the IV v. RV chart from Skew suggest that the realized volatility has trended below implied volatility for over a month, and a correction is possibly not in sight.

Further, the Open interest chart from Skew highlighted that the Open Interest in Bitcoin has been over $3 billion since 4 November 2020. That’s over 10 days of relatively high Open Interest on derivatives exchanges. 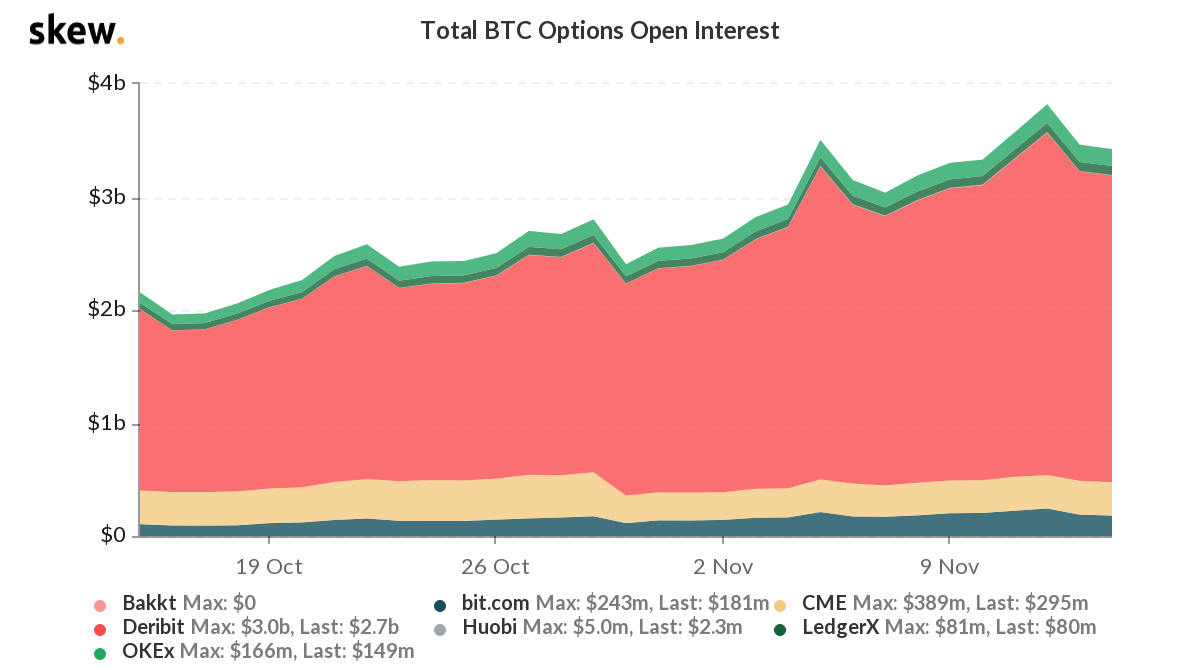 Further, the Open Interest hit a 30-day peak a few days back, with the same continuing to trend above $3B, at press time. That apart, the put/call ratio also pointed to present-day bullish sentiment sustaining itself as it was observed to be below 0.73, a safe bet to go long on Bitcoin wrt the current price and volatility level.

If fundamentals continue to trend in the same direction, we may soon see Bitcoin go beyond $17K. If it climbs any further, Bitcoin might possibly surpass Canada’s monetary base, if not soon enough, then before the end of 2020.

Interestingly, according to popular analyst @Saeed966, Bitcoin will explode to the upside after a retest. It should be noted, however, that there is no further evidence to support this when observing the charts in the Options market. In fact, the Options markets charts were suggesting a smooth run to a new ATH.

Such discrepancies are evidence of the fact that despite on-chain metrics and trends pointing to something, the direction an asset might take is never set in stone. This is very true for Bitcoin, although the community will be hoping that Bitcoin does indeed surpass the monetary base of Canada.

Pakistan’s SEC is studying a regulatory framework for digital assets